Tinsel town is a place of relationships, affairs and marriages apart from being a powerhouse of talented people. But it becomes awkward, at times, when a celeb bumps into his/her ex or even comments on them at interviews or social media. Something similar happened last night (October 11, 2018) at Su Casa, Bandra, Mumbai. (Also Read: Saira Banu Wishes Her 'Kohinoor' Dilip Kumar On Their 52nd Marriage Anniversary, Calls Him Her Jaan)

Well, the venue must have given you a fair idea that we are talking about Prince Yuvika Narula and Yuvika Chaudhary’s sangeet and cocktail party. The soon-to-be-hitched couple’s industry friends like Rannvijay Singha, Karan Kundra, Rashami Desai, Priyank Sharma, Varun Sood, Divya Agarwal, Anusha Dandekar, among others made it glamorous and glitzy. 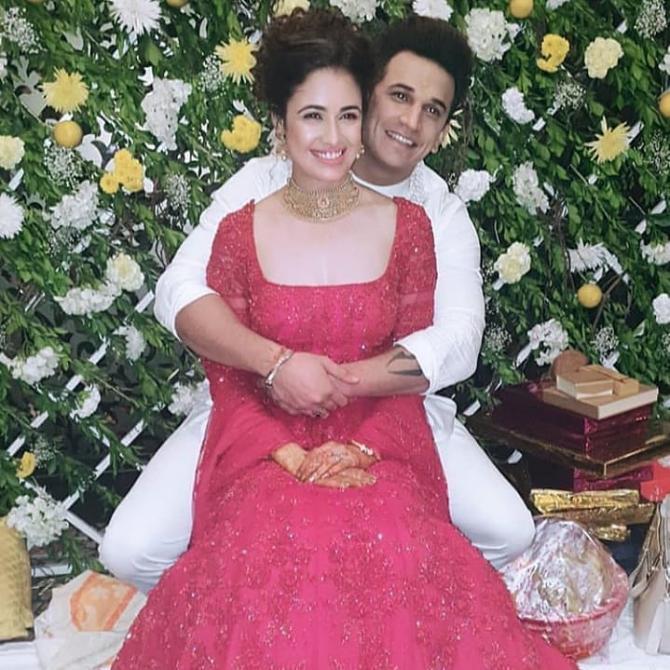 A wedding is one occasion, where chances of a celeb bumping into his/her ex are higher as compared to any other event. And that’s what happened when Priyank Sharma and Divya Agarwal bumped into each other at Prince and Yuvika’s pre-wedding function. When Priyank arrived at the venue with Rannvijay Singha, it was surprising to see Divya Agarwal arriving with Varun Sood. First, take a look at the video:

Now, the evident awkwardness in the above video is because of the fact that Priyank was Divya’s boyfriend at one point of time, and Varun Sood was reportedly dating Priyanka's alleged girlfriend, Benafsha Soonawalla. As you can decipher from the video, it must have been awkward for exes to be in one frame. Varun Sood also took to his Instagram handle and shared the following pics, and captioned it as, “Family at #privika ki sangeet! #famjam”. 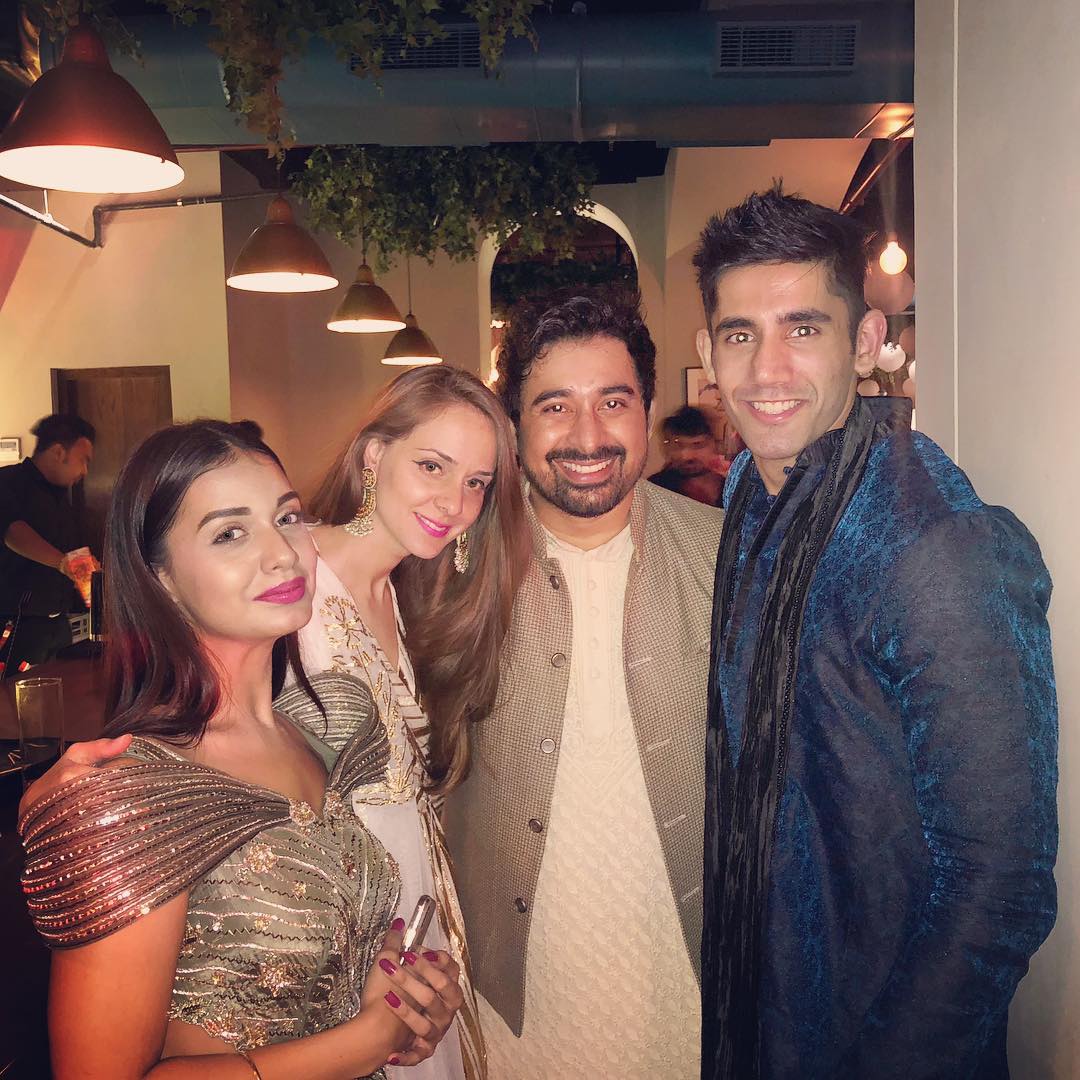 Varun also shared the following pics in his Instagram stories: 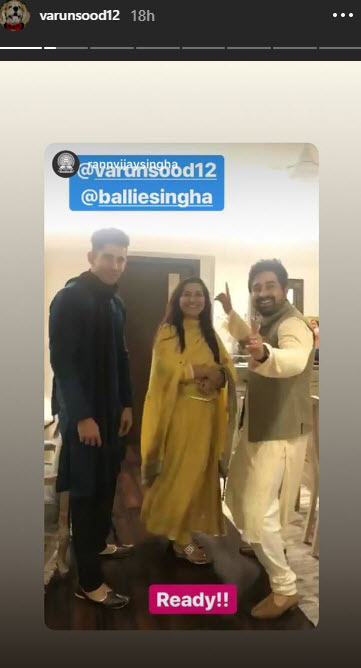 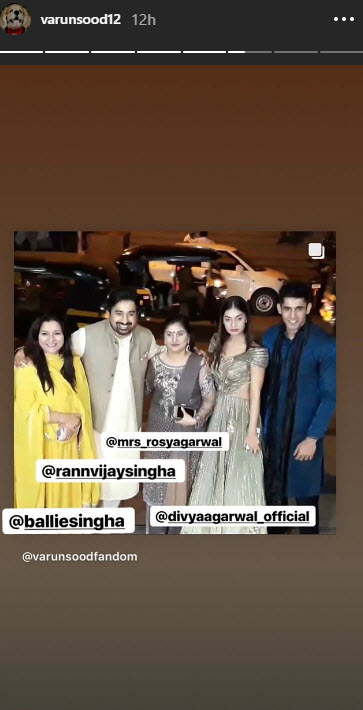 During the Bigg Boss 11, when Priyank and Benafsha were getting close to each other inside the house, former’s ex-girlfriend by then, Divya had revealed that the growing closeness between the two was making Varun uncomfortable outside the house. She had said, “Benafsha’s boyfriend Varun Sood is getting insecure and calling me, asking, what the hell Priyank is up to. I’m calming Varun all the time”. But later, when SpotboyE contacted Varun, he rubbished the report and said, “I didn’t like Divya calling me INSECURE. I am not an insecure person. I trust my girlfriend Ben and have full faith in her”. (You May Like: Prince Narula Celebrates The Haldi Ceremony With His 'Boy Gang', It Made The Ritual Even More Fun) 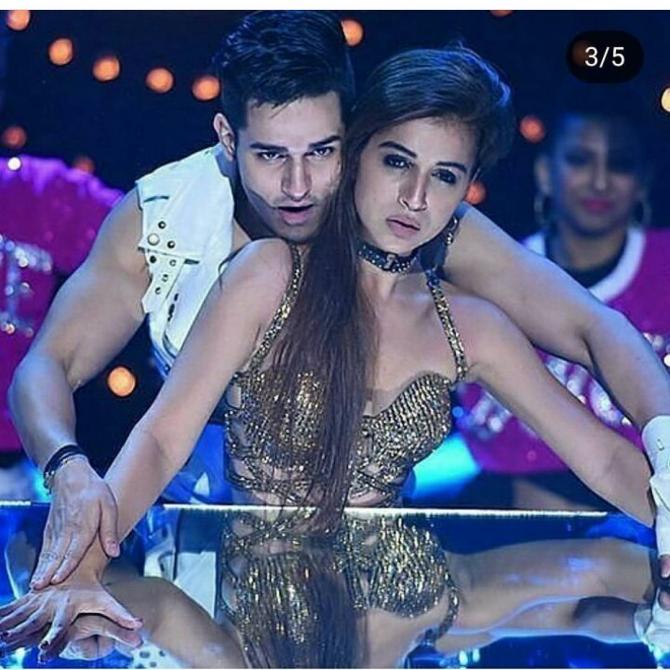 The trio of Priyank, Divya and Ben had already raised many eyebrows and with the revelation of Varun allegedly dating Ben had added another confusion. Talking about his relationship with Benafsha, Priyank had once said, “Ben and I are very close. But she is just a friend.  We knew each other before entering the house. And after getting in the house, we got to spend much time together. We used to support each other in all matters. Yes, I accept that I was a bit protective of her. But then,  I had the same feeling for Hina. Benafsha left the show, then I used to be more with Hina. But it doesn't mean that Hina and I are dating; it is just pure friendship on that front too. I love Ben but as a friend and I respect her too”. He had further added, “When I got evicted for the first time, Divya and I had discussed that things are not working out between us. And then I went back into the house rather quickly after that, so I feel some questions had remained in her mind. But I have moved on. Perhaps Divya had some things in her mind and she wanted to clear them when she came to the house-  but we couldn't communicate much. Also, we didn't have phones inside, so I couldn't call her after she left. From my side it was always clear that our relationship is over- and I hope that she too is clear about this now and hereafter”. The twist didn’t end here. Benafsha had another shocking revelation and she told SpotboyE, “Varun and I were not dating even before Bigg Boss. And I don’t want people to write about my personal life. But on what work am I doing”. In another interview, she even said, “I am not dating anyone right now and was not dating anyone even before going to Bigg Boss. Aap log ko kuch pata nahi aur kuch bhi bolte rehte ho (You guys barely know anything and just blabber on your own)”. (Suggested Read: Soha Ali Khan And Kunal Kemmu Once Thought Of Adopting Child, She Reveals Interesting Details)

Well, it seems that we would never be able to know the truth as to what really the relationship status between these four was. But guys, how did you feel after watching Priyank Sharma’s ex-girlfriend, Divya Agarwal arriving at Prince-Yuvika’s sangeet with his current girlfriend, Benafsha Soonawalla’s alleged boyfriend, Varun Sood? Share your comments below. 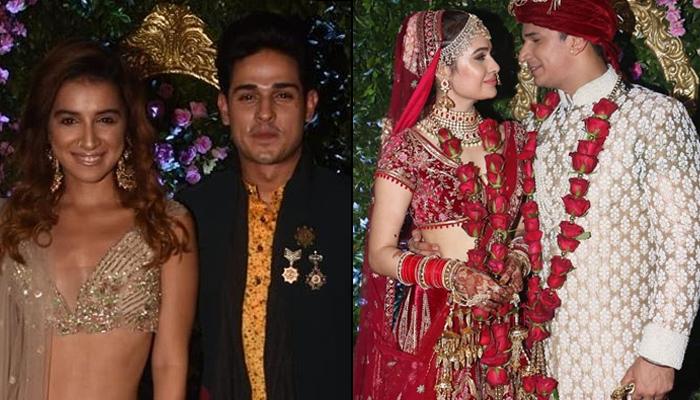 Prince Narula and Yuvika Chaudhary became mister and missus in a grand wedding ceremony on October 12, 2018, at the Sun.n.Sand hotel in Juhu, Mumbai, in the presence of close friends and family. Prince and Yuvika’s pre-wedding festivities was way more entertaining than a Bigg Boss episode. Why do we