Better late than never, the upsurging #MeToo movement has taken the world by a storm. From shocking revelations being made against innumerous known faces of the glamour world by the victims of exploitation, some or the other headline about sexual exploitations has become a common phenomenon these days. (Do Read: Kangana Ranaut's Bold #MeToo Statement Against Ex-Beau Hrithik Roshan, Asks Everyone To Boycott Him)

One of the first few known faces and promising directors of the tinsel town, Queen director, Vikas Bahl has been flooded with harassment accusations made against him. One of the A-listed superstars of Bollywood, Kangana Ranaut too, shared some horrific incidents that she has faced. In an interview with India Today, Kangana stated, “Totally believe her. Even though Vikas was married back in 2014 when we were filming Queen, he bragged about having casual sex with a new partner every other day. I don't judge people and their marriages but you can tell when addiction becomes sickness. He partied every night and shamed me for sleeping early and not being cool enough."

Kangana also stated that Vikas would make her feel really uncomfortable by ‘holding her really tight’ and ‘smelling her hair’. Recalling their meetings, the Gangster actress shared, “But still every time we met, socially greeted and hugged each other, he'd bury his face in my neck, hold me really tight and breathe in the smell of my hair. It took me great amount of strength and effort to pull myself out of his embrace. He'd say 'I love how you smell K'. I could tell something is wrong with him.”

And now, Vikas’s ex-wife, Richa Dubey has come out in support of her ex-husband and slammed Kangana on her allegations against the director through a detailed tweet. Sharing two pictures, justifying her points, Richa wrote, “This is gone beyond tolerance now ! Do not misuse #metoo #fairchance #vikasbahl.” She added, “This is going beyond boundaries and tolerance level now. This is not a #metoo but #meme.  I want to ask all the women.  If a man makes you uncomfortable. Touches you inappropriately. Would you have a good friendship with that man?? Would you not cut ties with that man and make your interaction minimum with that person or you would still giggle, go out wining dinning with this person? Or because you want to work with that man, because he's good at his work... You are willing to bypass this Specially when you are strong, fearless gusty person. I don't understand this at all! (Also Read: Preity Zinta Forgives Ex-Beau Ness Wadia, Drops Molestation Charge Against Him Amidst #MeToo Rage)

This is gone beyond tolerance now ! Do not misuse #metoo #fairchance #vikasbahl pic.twitter.com/YfMFlOOaPu

Emphasing the loppholes in Kangana’s justification, this is what she wrote, “1. Nov 2015 at Madhu Masaba wedding,  Kangana did a item number with Vikas, a special room for her was booked. Her entourage was there, make up,  hair,  costume,  the works..why would you dance with a dirty man like this and take so much efforts to practice and plan the dance?? You could have done this easily with anyone else. 2. I read the several messages between you and Vikas which were extremely friendly till now. With this media opportunity everything changed?? 3. Having an affair with a married or an unmarried man is a woman's prerogative. You would know that.” Also, take a look at an image from the dance performance of Kangana and Vikas as mentioned in point number:

The fourth point could be read as, “ If she had a problem with an issue why did not she speak up then. They know each other so well. U could have easily told him on his face if you did not like this behaviour?? She is extremely successful and even if she wasnt why would she compromise on her values. 5. One of the articles I read she said she complained to Anurag. Why would u complain to him. Since when has he become the boss of Vikas?? Why the fierce and vocal fighter for equal rights kept quiet about Vikas if this was such a serious issue. You could have spoken to media or ten other very senior important people?? The loop holes are endless, its just pure slander!! Please stop the nuisance. It's so difficult for woman to come out and speak about the harassment and abuse we go through. Don't make it disrespectful and this media game defeats the entire purpose of truth coming out." 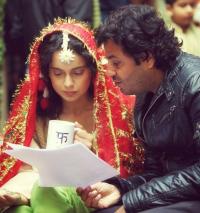 The sixth point is, “Who are you to call anymore, Trophy wives, they are hardworking career woman. That does not count is it?? So only u can balance career and look good is it?? Enough is enough. Stop using Vikas for own vendetta. It is not cool. The word can see thru it. People in the god's name now stop!! 7. Not interested in a media battle with you as that’s the thing you mastered and have full advantage of and use your power of being a celeb? You must be having all the time in the world to plot, plan, PR agency and the works.. I’m a working woman who has real commitments and I don’t have the time to battle and have a line of assistants to do things for me. And I do not believe you at all and don’t care about what you have to say." 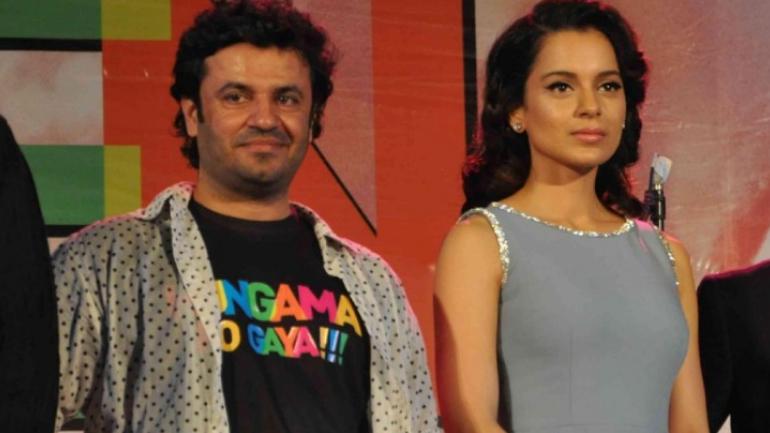 The last two points could be read as,“I want to ask the media what authenticity does she have which Vikas doesn’t have? Whose side you are on? Only interested in printing gossip as it’s sells right? You have any idea how you destroy someone life by irresponsibly reporting anything. anyone as a celebrity status can say anything, is there a free pass for them? You don’t have the ability and intelligence to see what’s going on? How can you without even checking with the person involved just go ahead and print anything? 9. The whole thing is one big mess and a ugly plot in the name of Me Too! Disgusting! Even though I’m his ex wife. I cannot bear to watch this dirty drama! Give the man a chance to prove himself.. let the truth come out before calling him disgraced and what not.. when he will be proved right? What description would you give him then.” Post which, Richa went off Twitter and wrote a tweet about the same.

Kangana, who’s famous for her prompt response to backlashes, said, “Another ex-wife for her ex-husband’s rescue, my only question is why do they leave their holier than thou husbands in the first place, stop this bull shit that we had a friendly divorce perfectly amicable and we are a family, you don’t wake up one fine morning and divorce a godly man, so please help us secure our work environment and make sure these men don’t spoil more lives.” (Don't Miss! Salman Khan's Video Talking About Hitting Aishwarya Rai Is Going Viral Amidst #MeToo Movement) 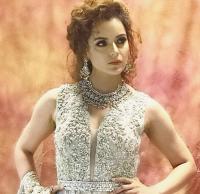 As a result of the entire #MeToo scenario, Hrithik Roshan, who was about to work with Vikas Bahl in his latest, Super 30, made some important statements. He shared his views in a tweet which could be read as, “It is impossible for me to work with any person if he/she is guilty of such grave misconduct. I am away and have access to only sporadic information. I have requested the producers of 'Super 30' to take stock of the apparent facts and take a harsh stand if need be. This is not to be hushed or brushed under the carpet. All proven offenders must be punished and all exploited people must be empowered and given strength to speak up.” 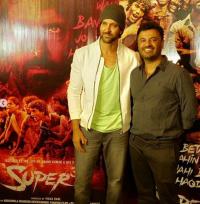 Although we are very happy that a nation-wide rage such as, #MeToo was a much-required phenomenon, we hope that women make a fair use of it and the guilty is faced with appropriate repercussions.