Kapil Sharma Files A Police Complaint Against His Ex-Girlfriend Preeti, She Blames His Current GF

Kapil Sharma Files A Police Complaint Against His Ex-Girlfriend Preeti, She Blames His Current GF

Stand-up comedian Kapil Sharma started his career with winning the reality show The Great Indian Laughter Challenge in 2007 and rose to fame after winning six seasons of Comedy Circus. Making his way to the title of the King of Comedy, Kapil witnessed massive success with his own show, Comedy Nights with Kapil. After his show ended, Kapil made a comeback with another show, The Kapil Sharma Show, ruled the television and became a household name.

But soon his fame and stardom took a setback with his ugly spat with his co-star Sunil Grover. The TRP of his show went down and Kapil’s professional life went haywire. The latest quarrel of everyone’s once-upon-a-time entertaining favourite comedian is his dispute with the editor of entertainment portal SpotboyE. Kapil Sharma, in a series of tweets, abused Vicky Lalwani. But later, Kapil tweeted on his official Twitter account saying that it was not him who tweeted earlier, and his account was hacked. But in response to this, Vicky shared an audio file which was a recorded conversation between him and Kapil over a phone call in which Kapil abused and accused Vicky of writing demeaning things about him. 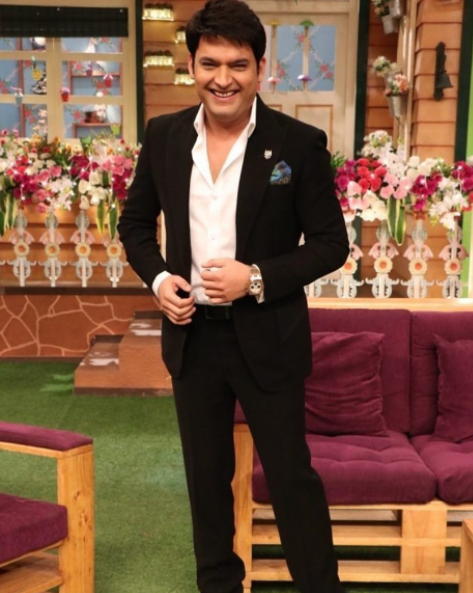 This audio recording went viral, and Kapil lodged a police complaint against Vicky. Not only against Vicky, Kapil filed the complaint of defamation against his former colleague and ex-girlfriend Preeti Simoes and her sister Neeti Simoes too. Preeti is the creative producer of his previous shows Comedy Nights with Kapil and The Kapil Sharma Show and was in a relationship with Kapil. (Also Read: Mohammed Shami Posts Anniversary Message For Wife Hasin Jahan, Fans Say She Doesn’t Deserve This) 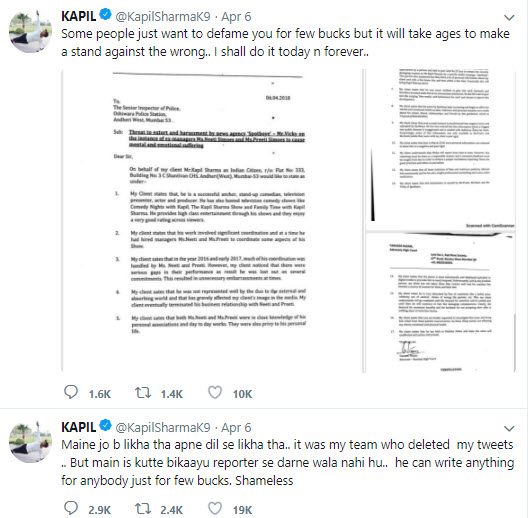 Kapil Sharma tweeted, “Some people just want to defame you for few bucks but it will take ages to make a stand against the wrong.. I shall do it today n forever..” along with the copy of the police complaint. In another tweet, he wrote, “Maine jo b likha tha apne dil se likha tha.. it was my team who deleted  my tweets .. But main is kutte bikaayu reporter se darne wala nahi hu..  he can write anything for anybody just for few bucks. Shameless” 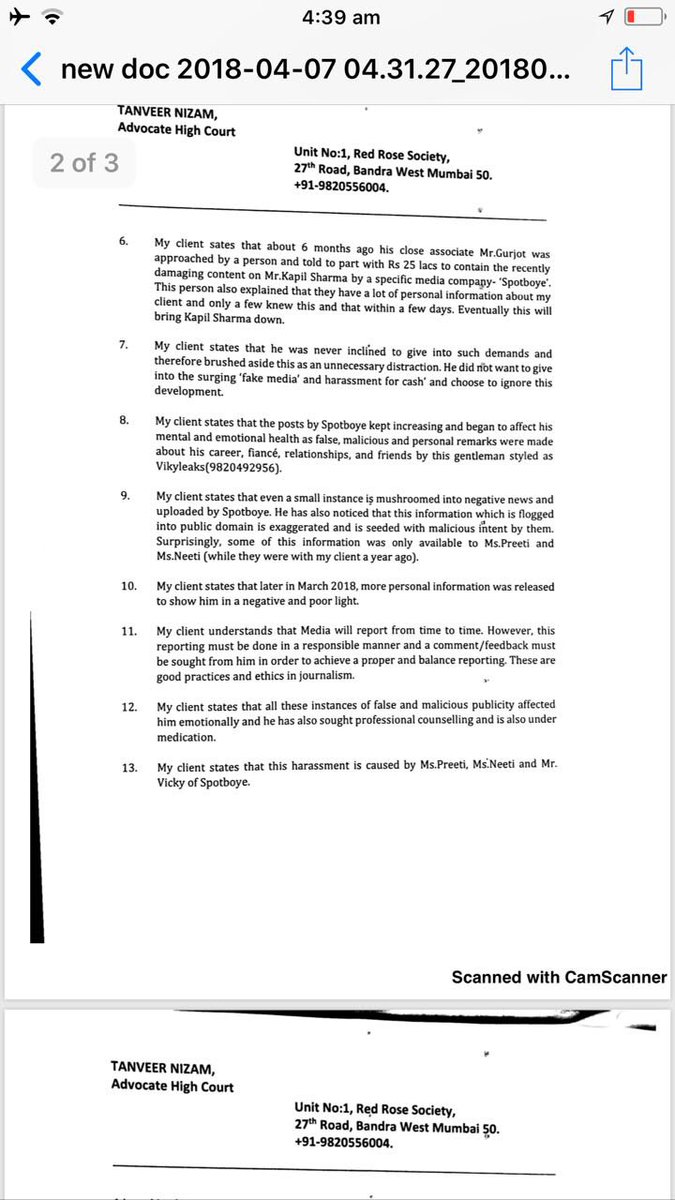 When Kapil’s ex, Preeti Simoes was asked about this whole situation, she blamed Kapil’s current girlfriend, Ginny Chatrath for his condition. In an interview with the Hindustan Times, Preeti was quoted as saying, “I am hoping it’s not Kapil who has posted these tweets. The Kapil I know is a very intelligent, bright, young and dynamic man. It’s most certainly his girlfriend Ginni Chatrath or maybe some friend, who is using his phone and doing all this. And if this is what Ginni and her one year with Kapil has brought him to, I feel sorry for both of them — Kapil for the choices he has made, and Ginni, because she didn’t know how to handle a Kapil Sharma.” (Also Read: After 4 Years Of Separation, Upasana Singh And Neeraj Bharadwaj Resolve Their Marital Issues) 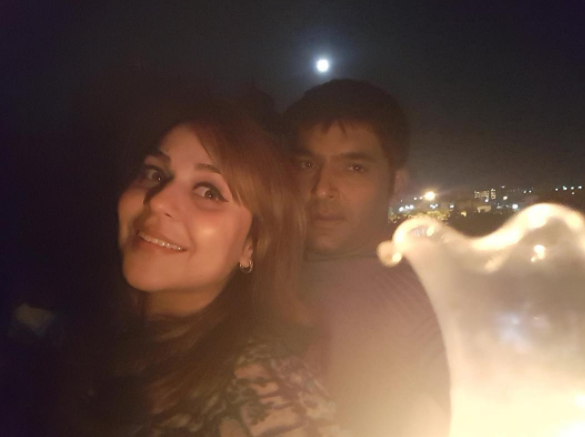 Preeti showed her concern for Kapil’s mental health, and said, “But, if it is [indeed] him, my biggest concern is his mental health, which has deteriorated drastically in the past few months. I’ve spoken to him many times, he has messaged me and visited me and I’ve realised that he’s not the same man that he was a year ago. It’s not just depression.. it could be bipolar disorder or schizophrenia.” 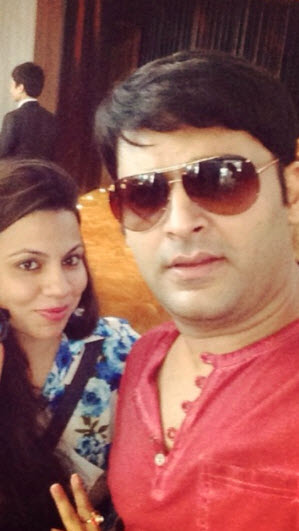 She further added, “He’s getting suicidal thoughts. I’ve seen a very different him. His face has changed, his eyes have changed. He switches topics when he is talking. He repeats the same things 10 times when he speaks to me. Whoever has doing this to him, I really want to say, ‘give up, move out, and take him to a rehab and give the poor man a chance to live’. I am scared because tomorrow, if in this state of depression, he does something, they’ll lose such a beautiful person.”

Preeti also reacted to Kapil Sharma’s Twitter rant and his alleged abusive phone call with the journalist, Vicky. Preeti stated, “This is a sick man’s behaviour. As for those abuses, in 8 years of my life with him, where we were in a [romantic] relationship as well, I’ve never heard him abuse. I was shocked to hear such condescending way of talking about women. Whoever the journalist’s daughter is, I apologise to the woman. It’s really sad what he said on record.” Kapil tweeted a copy of the police complaint accusing Vicky and Preeti of “instigating negative stories” against him. But Preeti refuses to receive any such legal notice yet. She shared, “It’s so childish and immature to even respond. Instead of getting into legal notices, if we really love and care for him... take him to a doctor (sic).”  (Also Read: Shahid Kapoor's Wife Mira Rajput Is Probably Pregnant With Their Second Child, Pics Inside!)

Adding further, Preeti responded, “I want to know one negative story of his personal life or information that only I could have had. When he broke up with me on a public platform and tweeted about another woman in his life, I could have taken out lot of dirt about our personal life, our equation and what he did to us, but I didn’t say a word. What came out in the media was only about his shoot cancellations. Even in the phone call, I didn’t hear him pick up a topic asking the journalist that how did you get this [personal] information. He’s claiming that Dawood’s wife picks up the phone and all that, he’s clearly hallucinating (sic).” 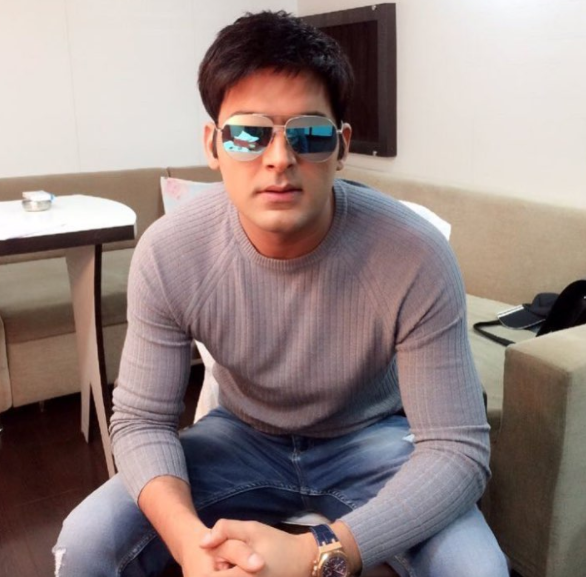 Kapil has also put some allegations on Preeti for extortion, about which, she reacted, “He is crazy. I have my own production house and I come from a very educated and professional family background. Why will I extort from him a petty amount of Rs 25 lakhs, which will be divided among three people (laughs)?”

Preeti believes that what’s pinching Kapil is the fact that those people whom he left unceremoniously in his life, have actually moved on with their lives. She feels that she is the one who knows how to handle Kapil and no one else. Preeti asserted, “Is Kapil doing all this because we [Preeti and Neeti], as a team, after one year of waiting for him... finally decided to go ahead and do a show with Sunil? Is that what’s pinching him now? I think Kapil has put himself in a situation where he’s made certain choices and he’s not able to accept them. He’s not able to accept that people who he left so unceremoniously in his life, have actually moved on and built their lives again. But we did talk about collaborating again for work, and that’s because I feel bad for him, as I know how to handle him, and nobody else can.” 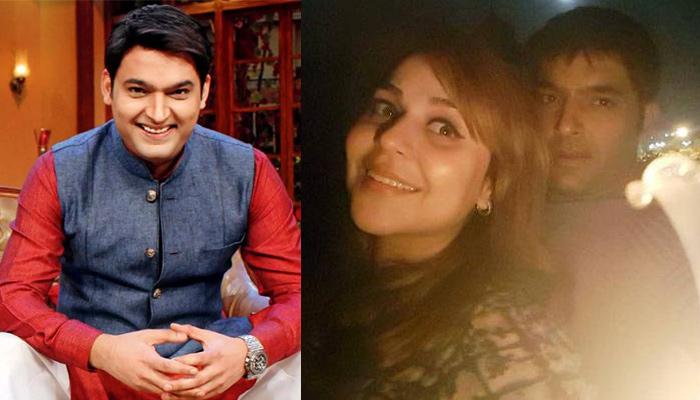 With every milestone in life, you have to face a dropdown. Such is the life of one of the most loved comedians, Kapil Sharma. Hailing from a middle class family, Kapil saw immense success in his career with his show, Comedy Nights With Kapil, but soon his fame was cut-short,