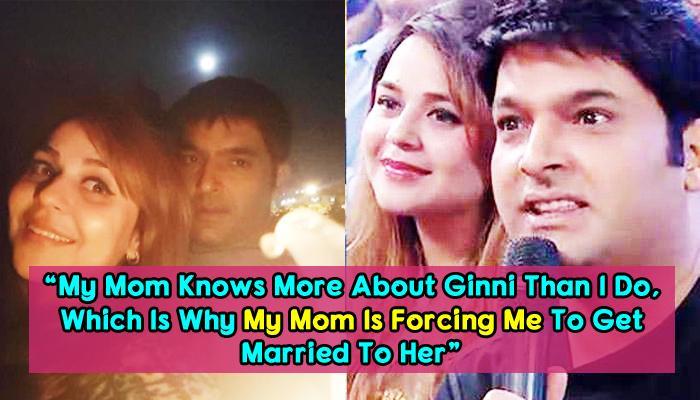 Undeniably, if there is one celebrity who is more in the news than anybody else, it’s Kapil Sharma. We all know that everything in his life hasn’t been quite that simple for almost a year.

It all started with his infamous brawl with Sunil Grover, the guy who was famous for playing the character of Dr Mashoor Gulati on The Kapil Sharma Show. Then, his show hit low TRPs as more members quit it, and soon the show came to an end. Even his health concerns have also been doing the rounds on the internet. The Twitter controversy generated a lot of problems, and so on. However, there is one domain of his life that generated more limelight than anything else and it is his personal front. 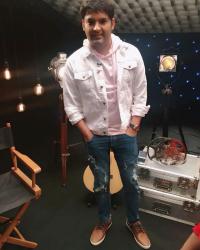 At the start of 2017, he revealed that he is planning his marriage with his long-time girlfriend Ginni Chathrath. In fact, he went on to even say that wedding would soon be on cards, mostly next year. However, things aren’t that simple it seems in his love life.

You May Like: Sanam Johar And Abigail Pande Express Their Love On Completing 3 Years Of Togetherness

During a media interaction sometime back, when Kapil was asked about his marriage plans, he was quoted as saying:

Citing his own good reasons, he further added:

“See, whatever has happened with me over the last few months, sometimes I doubt myself if I’m responsible enough. Yes, I’m a professional and doing a show but will I be able to manage all of it and marriage too? I keep telling Ginni that see, this is how I am, and we work like crazy people when we do. But I also feel that marriage is also in God’s hands. We can keep planning but honi hoti toh sarkar ne 21 saal ki umar rakhi hai, toh tab tak ho chuki hoti.” 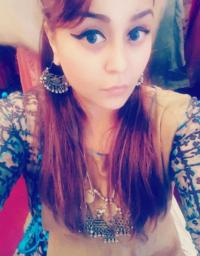 And when Kapil was questioned as to how does Ginni react to all the controversies and reports surrounding him, he said:

“She doesn’t read newspapers or watch news that much. If someone comes and tells her about things, then that’s about it. So bechari woh aisi hi hai. She’s just concerned about my health, that’s it. When she gets to hear of things about my health, she calls me and I cool her down saying I’m fine.”

And finally, he was asked, how the relationship between Ginni and Kapil’s family is like? To this the comedian-actor remarked:

“Honestly, my family and she are more connected. I have stayed in Mumbai only and I go there only once a year on Diwali. So they have a stronger bond. They stay in Amritsar-Jalandhar so she’s extremely close to my mother. Actually, my mom knows more about Ginni than I do Which is why my mom is forcing me to get married to her. She feels I’m mad and Ginni is perfect for me because she can handle that madness.”

Suggested Read: This Bride Clicked Her Own Pre-Wedding And Wedding Pics, It's Surprising How She Did It

A few months ago, we brought to you the news of Kapil visiting the holy shrine of Sai Baba in Shirdi along with Giini herself, to get the blessings before the release of his last film, Firangi. Read that story here.

So, here we’re! The good news for Kapil’s fans is that everything is fine between Kapil and Ginni. As far as marriage is concerned, we believe both should get married when the time feels correct for both of them. We wish them all the happiness in this world. Do let us know in the comments section below as to what you feel.

Next Read: Married For 7 Yrs, This Actor Took Permission From His Children From 1st Marriage Before Proposing Her