Right from Band Baaja Baaraat, Bajirao Mastani, Ram Leela to Padmaavat, this guy has made his own niche in the Indian film fraternity. This talented actor in the B-town is no less than a gem who has soared the acting meter high, altogether. The mention is of a famous Bollywood celeb, who is touted as the most amazing actor, Ranveer Singh.

Ranveer Singh is a charmer, there is a certain magnetic appeal in him, which helps him grab all the attention with whatever he does. He is kind-hearted and has always talked his heart rather than making up things. Apart from his movies, which have been blockbuster hits, he has been the talk of the town for his love life and alleged link-ups. Ranveer Singh is linked-up with almost all of his co-stars right from Sonakshi Sinha to Anushka Sharma. Well, here is the list of women he was linked-up within his discourse of acting until Deepika Padukone happened to him. Scroll down and read!

Ranveer Singh Talks About Anushka Sharma Attending His Wedding Reception, Says It Meant A Lot To Me

Recommended Read: Sreesanth Of Bigg Boss 12 Fame Had Affairs With 5 Actresses, Before Marrying The Princess Of Jaipur If reports are to be believed, the first ever romantic involvement of Ranveer Singh from the industry was with veteran celeb couple, Hema Malini and Dharmendra’s younger daughter, Ahana Deol. It was reported that during college days, Ranveer dated Esha Deol’s sister Ahana for a short while. But later on, Ahana allegedly left him for another celeb, Aditya Roy Kapoor. Yes, you read that right! A source had then revealed to The Times of India:

The source further went on to reveal the reason behind they break up and said:

“I guess it was infatuation as both of them were very young then. The parting was amicable but the warmth between the two of them is not as it used to be. There is a bit of awkwardness when they cross each other’s paths, but that can’t be helped.” 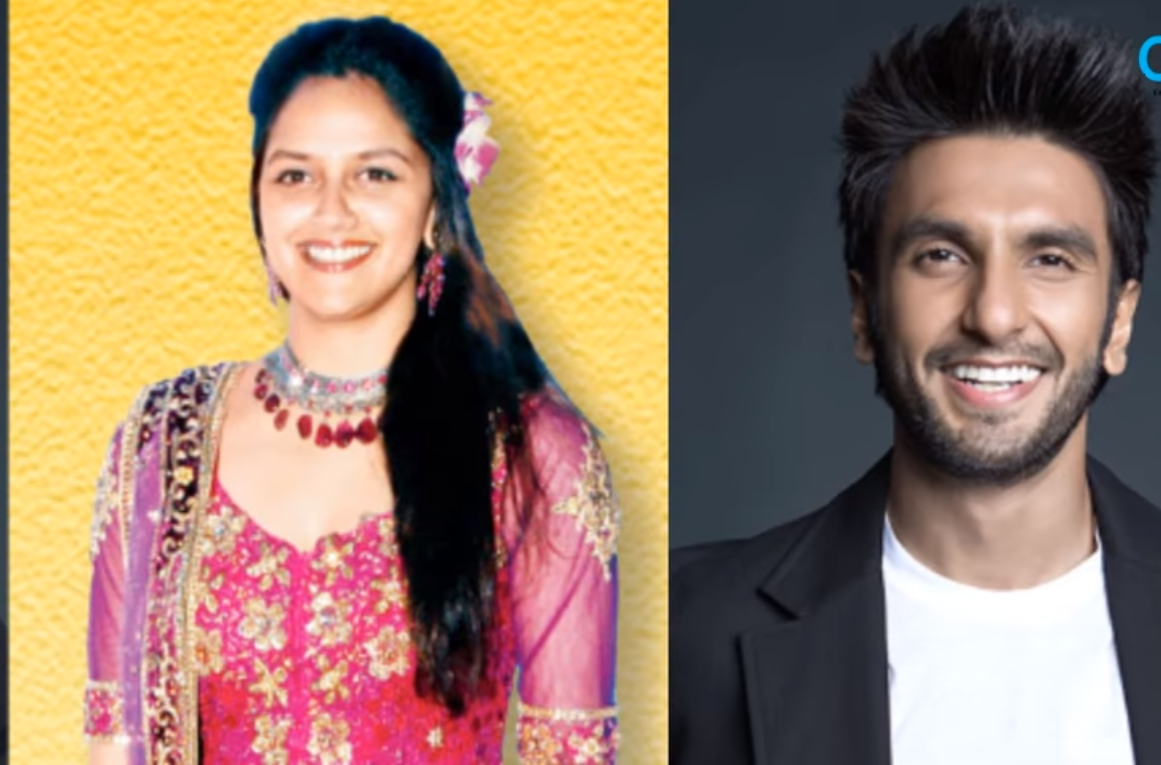 Topping it all, Ranveer himself shared this, without revealing the name of the girl, (which is guessed as that of Ahana) in an interview with a leading daily and remarked:

You May Also Like: Major Throwback: Amitabh Bachchan Had Reportedly Slapped 'Lover' Rekha For An Iranian Dancer? All of you remember the famous and hit movie, Band Baaja Baarat? Didn’t you love the jodi of Shruti and Bittoo from the movie? Well, there is no doubt about the fact that Anushka Sharma and Ranveer Singh shared an amazing and sizzling chemistry on-screen. But soon this on-screen love happened in real-life too, and as per the reports, Anushka and Ranveer fell for each other and started dating. What was further adding fuel to the fire was Ranveer and Anushka's interview about each other. In fact, in one of his interviews with Forbes Magazine, he was all praises for the beautiful damsel and said:

"It's wonderful to see how far she has come. She was always amazing as an actor, but her craft has gotten more solid. She's also come into her own as a person. She's comfortable with herself and clear about her choices.” Moreover, he even once called Anushka:

"The most amazing amalgamation of beauty, talent and intelligence.”

"She's an honest person, almost to a fault."

Need anyone say more? Anushka never ever admitted dating Ranveer Singh, but as per the buzz, things fizzled out between the two during an act at IFFA awards, where he was extra sweet with Sonakshi and it apparently didn’t go well with her.

Also Read: Pooja Batra Left Her Career To Marry A Doctor And Today She Is Divorced And Dating A European Guy A source close to the actor explained:

Anushka and Ranveer allegedly parted ways on a bitter note and started giving cold shoulders to each other. On missing Anushka, Ranveer once said of her: And so, after Anushka scene, comes Sonakshi Sinha scene. It was later reported that Ranveer Singh and Sonakshi Sinha were a thing. A source close to the actor was quoted as saying:

"Sparks have been flying between Ranveer and Sonakshi. And now it's a fully blown affair. They do not even have qualms about going out in public together.”

And when Ranveer was contacted to throw some light on what is brewing between the both of them, he denied the rumours and quoted:

"Sonakshi and I have been acquainted recently through our professional interactions and brief meetings at formal events. She is a warm and friendly person. I am not dating anybody at the moment."

On the other hand, Sonakshi remained unavailable to comment on the same. Never ever Ranveer Singh has escaped the link-up rumours with his co-stars. He is always under the scanner and was even linked with his Kill Dil co-star, Parineeti Chopra at one point of time. They share a very cordial and amazing relationship with each other. The two have shared screen space in two movies together, one is Kill Dil and the other one is, Ladies vs Ricky Bahl. Both Ranveer and Parineeti were seen teasing each other during media interactions. In an interview earlier, Parineeti had remarked:

“I am used to him doing anything. He can come without his pants and sit next to you. This happens so often. I never enter his vanity van without his permission. He never wears clothes when he is in his vanity van. I guess he doesn’t like to wear pants. This has been happening since Band Baaja Baraat. I was doing the marketing of the film and many times, when I entered his room, he would be sitting wearing nothing.”

“He likes to take off his pants in public. I remember during the shoot of Kill Dil, we were shooting a romantic, emotional scene. I was doing my make-up and suddenly he comes and stands next to me without his pants! I shouted at him and said, ‘I am in a zone to shoot this sequence so please help me.’ After that, he wore his pants. Ranveer is completely shameless.” In fact, in a recent interview with a leading daily, Parineeti light-heartedly said that her dream is to fill a bathtub with Nutella and jump into it with Ranveer Singh. She said:

“I am going to have to message Ranveer Singh after this interview and warn him about what's to come." Well, after being linked with all these pretty damsels, Ranveer found her true soulmate in his Goliyon Ki Rasleela Ram-Leela, Bajirao Mastani, Finding Franny, and Padmaavat co-star, Deepika Padukone. The lovebirds who are rumoured to enter the holy bliss of matrimony on November 20, 2018, have always been one of the most stunning and madly in love couples. Though neither Ranveer nor Deepika has ever openly accepted their relationship, their off-screen chemistry, lovely PDA and hand-in-hand walks are enough to tell their love chronicle. As per the latest report by Filmfare, DeepVeer (as their fans call them) will tie the knot at the beautiful and scenic, Lake Como in Italy. A source told Filmfare:

“Both Ranveer and Deepika were keen on having a destination wedding in Italy and they have finalised Lake Como as their wedding destination. The place is dotted with exquisite villas along the shoreline, which is why both of them decided to wed in this beautiful place”. Further, the source was quoted as saying:

“Both, Ranveer and Deepika, were keen to have a small ceremony. The wedding at a foreign destination will give them the privacy they desire. They will probably have a reception in Mumbai for their friends and colleagues. A few people from Bollywood like Arjun Kapoor, who is one of Ranveer’s closest B-Town buddies, and Shah Rukh Khan, who is fond of Deepika, may join the celebrations in Italy. The rest of the wedding party will comprise the couple’s family members and pals”.

Recommended Read: Jagjit Singh And Chitra Singh Love Story: They Left Music For A Year After Their Son's Death In 1990

Well, these were a few names Ranveer Singh has been linked up with. But the fans are now surely waiting for him to tie the knot with Deepika Padukone, courtesy to the fact that they look stunning together. Don’t you guys think so too? Do drop your take on this in the comments section below!