We know that we have good movies with amazing songs now, but there’s a thing about the movies and songs of the 70’s. Don’t you think so? Those iconic dance moves, those songs where the expressions of the actors would do the talking rather than the lip-sync, the fashion quotient back then, the acting and the oh-so-fabulous actors!

When we talk of actors who raised the style quotient of the industry with their good-looks and charm, yesteryear actor, Feroz Khan gets a prominent mention. Everything from his looks, to the way he carried himself, his dialogue delivery, fashion statement, gravity in his voice, made him a person who is only fit for an industry like Bollywood! This article solely boasts of talking about his personal life and marriage. Want to know more? Read on!

Early life and advent into Bollywood

One of the most stylish actors of his times, Feroz Khan became a household name after his first major hit, Arzoo (1965). Growing up in Bangalore, Feroz was always aware of his good looks and charm. As a result, he decided to try his luck at modelling and shifted base to Mumbai. Upon shifting, he got his first offer in a B-grade thriller, somewhere he worked for the next 6 years. It was in Arzoo that Feroz got his first big break. And since then, there had been no looking back for the Dharmatma star.

Also Read: Shashi Kapoor's Tragic Love Story: Once A Superstar, Who Went Into Depression After His Wife's Death

Needless to say, Feroz would make people sweep off their feet with his handsome looks. Like many superstars with such great looks, Feroz did not lack attention from women and enjoyed being in their company. It was also said that the gorgeous Zeenat Aman too, was in awe of Feroz. Like he himself shared about women in an interview, “I was quite a Casanova when I was a bachelor and was often spotted at clubs and parties with the most gorgeous women of Bollywood. I treat women with the respect that is due to them and this explains my large number of female friends. Unfortunately, I was branded as a womaniser by some people.”

Also Read: Women In Jeetendra's Life: Once He Almost Got Married To Hema Malini, Also Had A Fling With Sridevi

Tying the knot with Sundari Khan

Who knew that a social gathering would be the best place to find one’s love? And with someone as good-looking as Feroz, there’s absolutely no two-ways about it! Feroz always made sure that he attended social gatherings and Bollywood parties. That is where Feroz found his wife Sundari, a fun-loving socialite. Sundari was already separated from her husband with whom she had a daughter, Sonia. Not much is known about her first marriage.

Feroz and Sundari met sometime in the year 1962 and were dating under the covers for a good three years when he decided to make her, his forever. Soon after, the couple was blessed with a daughter, Laila and Heyy Babyy fame, Fardeen Khan. Everything was going off well for them, but bad days were soon about to befall.

A brief affair with an air hostess

Like we said, things were going fine when Feroz had to travel for some work. He met a beautiful young air-hostess on-board and couldn’t take his eyes off her. Thus began a much-talked about extra-marital affair with a much younger woman, Jyotika Dhanrajgir. Soon they started meeting and spending time with each other. As Jyotika was also based out of Bangalore and Feroz too, belonged to Bangalore, he got a much-needed excuse for frequently meeting his beloved. If you are a superstar, it’s difficult to hide things. Hence, it was not soon before Sundari heard of her husband’s fling.

Checkout! When A Drunk Dharmendra Arrived At Hema's Forceful Wedding To Jeetendra And Created 'Tamasha'

As soon as Sundari got to know about Feroz seeing someone else, she took some time to think but ultimately moved out of the house with their two kids. Feroz was so head-over-heels in love with Jyotika, that he left his wife and kids and went on to live-in with her. Rumours had it that Jyotika had many a times asked Feroz to marry her, but he would often say that he is okay with the way things are going and would not like to complicate it further.

Coming back to Sundari’s reaction when she got to know about her husband’s fling, needless to say but she was devastated. In an interview, she had said that it was difficult for her to accept it as her entire world revolved around Feroz. She had shared the same in an interview, “I can say I became independent only when my back was against the wall.”

And further continued to say, “It was an overnight decision. I packed my bags and moved downstairs. Feroz and I lived under the same roof; the only difference was that he was most of the time away in Bangalore with his new lady. It took me nearly a year to adjust to the emotional upheaval and to the solitude. I missed the life of a wife but not the life of Mrs Khan.”

You May Also Like: Saif Ali Khan Wrote A Letter To Ex-Wife Amrita Singh On The Day Of His Wedding With Kareena Kapoor

Patch-up which led to a divorce

Even after he moved in with Jyotika, Feroz never shied away from the responsibility of being a good father. He would often come down to Mumbai to visit his children and wife. It was becoming increasingly difficult for Jyotika to deal with Feroz’s fickle-mindedness, which led to their split after years of staying together.

Soon after his break-up with the air-hostess, Feroz returned to his house and settled in his with family. But as they say, once a mirror is cracked it can never be the same again. And no matter how much they tried, things were never the same between the ‘once in love’ couple. They continued to live under the same roof but different floors. Feroz and Sundari filed for a divorce in 1984 which was granted in 1985. Feroz however, had a different opinion when he was asked the reason behind their split. He would say, “There were no fights and there was nobody else in our lives- we just grew apart.”

He had also shared, “We are divorced but it does not alter our feelings or our commitment towards our children as parents. I have been responsible in my relationships. I have been a fair father”.

Sundari’s way of dealing with life

Like every woman, Feroz’s wife had tried to put things in place and make it work but only to be dismayed. Sundari moved on from her past and decided to pour her heart into her new business of designing. In a throwback interview, she had shared, “I plunged myself into my designing business. That gave me a grip on myself. I broke free from the emotional turmoil. My walking out was a bit of a shock to Feroz. He must have thought like a typical husband and wondered where I would go at this stage with the kids. But I must give him credit for giving me and the kids a decent home and life. Today, I’ve reached a point where I am actually enjoying my business.”

And further added, “I broke free from the emotional turmoil.”

In the year 2000, Feroz was diagnosed with terminal cancer. The brave heart had battled more than the doctors had predicted he would. After fighting with cancer for almost 9 years, Feroz breathed his last on April 27, 2009. Feroz Khan was also known for his versatility, both as an actor and a director. He never left his personal conflicts affect his professional space and this a great takeaway from a great actor like him. He was last seen in the Akshay Kumar starrer, Welcome. Feroz truly believed in the magic that life has to offer every moment. Like he himself would say, “Life for me is a journey to relish and reflect.”

Feroz Khan had faced and created tumults in his life, but braved every situation, no matter how hard it seemed. A key takeaway is that he tried hard to keep his personal and professional space different. Guys, what do you think of Feroz Khan’s journey and love life? And what is your favourite Feroz Khan movie? Keep us posted in the comments section below.

Next Read: Aditya Pancholi And Zarina Wahab's Marriage Story: Forgave Him Twice After His Extra-Marital Affairs 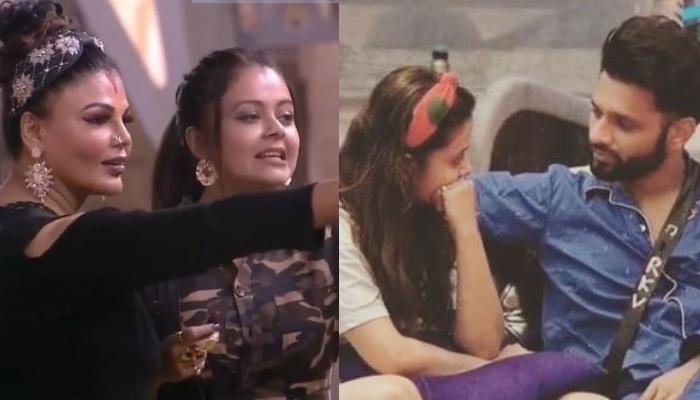