Today, they are known as few of those shining stars in Bollywood. There are many who are envious of these successful names of the industry. But they aren’t aware about the kind of churning these celebs had gone through to reach this stature. Life has not been very kind to them in their early years and took away one of the vital support system, i.e. father. Yet, they never gave up on life and the credit goes to their iron lady-like moms.

Filling the space of the father, guiding as a mentor and sharing a bond of a true friend, these single moms of these superstars set parenting examples for all the single mothers out there. We salute them and bring such stories of five superstars of our film industry who were raised single-handedly by their mothers.

Recommended Read: 8 Single Moms Of TV Who Proved That They Do Not Need A Man To Raise Their Children Yes you read it right. Our king Khan, who has been ruling Bollywood for decades now, didn’t have a very rosy childhood. He was raised alone by his mom, Lateef Fatima Khan. When Shah Rukh was just 15 years old, he lost his father. Since then, Fatima took charge of raising her children. She ensured that they continue to the standard of living they used to be. It was in 1990, after suffering from a long illness, she passed away and it shook Shah Rukh badly.

A devoted son, Khan believes whatever he has achieved in life, is because of her and she has been his greatest inspiration to keep up his hard work. In 2007, when his statue was placed at Madame Tussaud’s museum, he recollected that his mother always wished to see it happen, and it translated into reality. 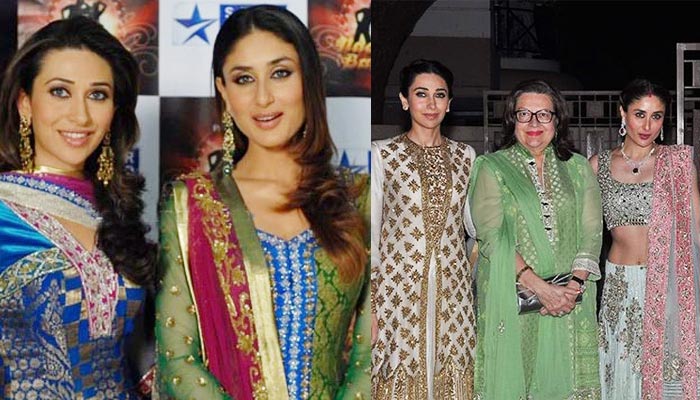 These two gorgeous Bollywood beauties were also raised singlehandedly by their mom Babita. The pretty actress of yesteryears got married to Randhir Kapoor. But their relationship started souring soon; especially after Babita expressed her wish of her daughters entering films.

Due to constant fights and this bitterness, the couple separated and she took responsibilities of her daughters. Even there was news that the couple resolved their issues in 2007, one hardly sees them together. Shahid has been in news for high and lows of relationship with his mother Neelima Azeem. However, just a few years back things started taking better shape and Shahid gifted her a posh flat in Mumbai. Neelima and Pankaj Kapoor, parted their ways, when their only son Shahid was merely 3. The talented actress, later on, tied the knot with Rajesh Khattar and was blessed with a son, named Ishaan Khattar. To her misfortune, this time also the relationship didn’t work out and she divorced him. She got married again and this time it was Raza Ali Khan. However, their separation news is still there.

Such unfortunate incidents always left her in great difficulties while raising her children. At the same time, Shahid maintains a warm bonding with his dad and step mom Supriya Pathak. It is nothing but Neelima’s rearing which has given Shahid such great values. She has been there for him throughout, be it his success or downfall. The dusky beauty Konkona Sen Sharma is the daughter of equally talented Bengali film actress and film director Aparna Sen and Mukul Sharma, science writer and press officer. Aparna despite being quite successful in her professional life and winning eight international film awards, and three National Awards, has not been very lucky in her personal sphere and tied the marital knot thrice. She first got married to Sanjay Sen, and divorced him. She tied the knot for the second time with Mukul Sharma and Konkona was born.

But things weren’t too rosy between the couple and they took separate ways. She raised her daughter all by herself. Going by Konkona’s latent talent, one can surely say that she has inherited her mother’s genes. At present Aparna is wedded to Kalyan Ray, a capable author and lecturer of English at County College of Morris in Randolph, United States. The versatile Farhan Akhtar also makes it to this list. With talented parents like screenwriter and lyricist Javed Akhtar and Honey Irani, it appears that life would have been a smooth sail for junior Akhtar. But, it wasn’t. This director, producer, screenwriter, actor, lyricist, playback singer and TV presenter- all rolled into one, Farhan had his share of struggles. However, his mother was always there to assist and show him the right path.

Once in an interview, Farhan mentioned how his mother became a motivation when he was sitting at home idle, following his drop out of college. She terrified him to leave the house and it scared him enough to realise his responsibilities and he joined Manmohan Singh as an assistant cinematographer for the film Lamhe. Honey Irani, who was a child artist in Bollywood, knew what the real world is like. Even after divorcing Javed Akhtar, she gracefully brought up her children Farhan and Zoya, all alone.

Recommended Read: Shabana Azmi Proves Her Husband Javed Akhtar And Her Step-Son, Farhan Akhtar Are Two 'Peas In A Pod'

Mother plays a key role in one’s life and thus in the absence of the father, she can quite naturally double up for him and raise her children. We bow down to these mothers who have given us these brilliant stars and also human beings.