Shabana Azmi posted a collage of a throwback picture of her husband, Javed Akhtar from his youth and his son, Farhan Akhtar’s recent photograph. The collage proves they're two peas in a pod. 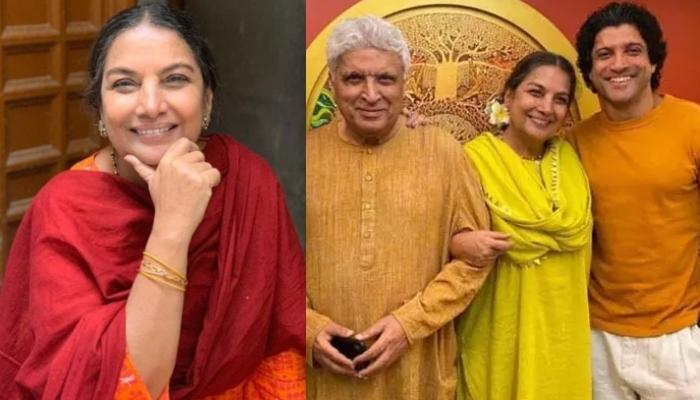 The Tinseltown or the B-town is a whole different world altogether, where we get to see half/step-siblings bonding with each other like how and a close camaraderie between step-parents and step-kids. While remarriages are considered to be a taboo in our society and a great bonding with step-children or step-parents is assumed to be a myth, B-town boasts of such relationships which have proved to be an inspiration. One such relationship is shared between Javed Akhtar’s second wife, Shabana Azmi and his son, Farhan Akhtar from first wife, Honey Irani. (Also Read: Game Of Cards And A Car Filled With Flowers, This Is How Javed Proposed To Honey And Shabana)

The screenwriter, Javed Akhtar had met his first wife during the filming for Seeta Aur Geeta in which the young Honey Irani had a supporting role. What had begun as casual acquaintances gradually turned into friendship and Honey was completely smitten by Javed, who had also reciprocated the feelings. Soon Honey and Javed had solemnised their relationship in a private ceremony but their perfect paradise had faced troubles when the latter had fallen for Shabana Azmi. Six years after separation, Javed and Honey were granted divorce in 1984 and the same year, he had tied the knot with Shabana. 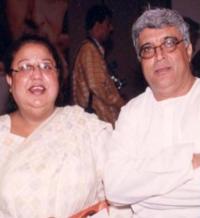 Javed Akhtar and Honey Irani’s children, Zoya Akhtar and Farhan Akhtar share a warm bond with their step-mom, Shabana Azmi, which reflects the good values they’ve imbibed from their mother. A while back, Shabana Azmi posted a collage of a throwback picture of her husband, Javed Akhtar from his youth and his son, Farhan’s recent photograph. Just like his multi-talented father, Javed, Farhan is a blessing to the industry. Not only do they have the similarity of being multi-talented, but the father-son duo also shares a striking resemblance with each other. Shabana Azmi had captioned her post as “Peas in a pod.” To her post, Zoya commented with a couple of hearts. 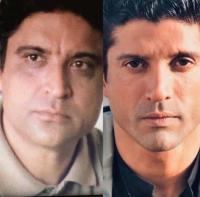 When Javed Akhtar had turned 75 in January 2020, the Akhtars had hosted a retro-themed birthday bash for him in Mumbai. While Javed ji and Shabana ji had twinned in polka-dotted red and white retro outfits, his son, Farhan Akhtar and girlfriend, Shibani Dandekar had recreated Amitabh Bachchan and Zeenat Aman’s Khaike Paan Banaraswala look and had channelled their inner Don. (Also Read: Shabana Azmi And Javed Akhtar's Hilarious Twist To 'Abhi Na Jao Chhod Kar' Is Perfect Lockdown Treat) 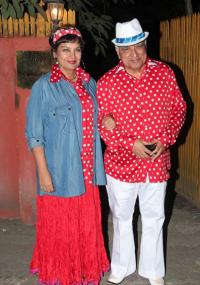 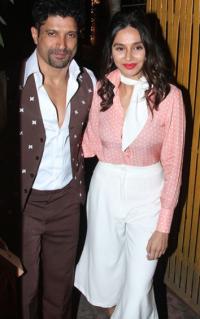 In an interview with the Verve magazine, Shabana Azmi had revealed how her journey with Farhan Akhtar and Zoya Akhtar was not as rocky as expected. Shabana ji had said, “They were both very young and it is to their mother’s credit that she did not prejudice them against me. She is the light of their lives and it’s her generosity that helped us all tide through the initial years, which are the toughest.” When asked, “Since a stepmom cannot take the place of the biological mom, how did Shabana steer the children through their tantrums, teenage rebellion, heartbreak and all of the normal aches and pains of growing up?” Shabana Azmi had retorted, “Just as I would have with my biological child. Sometimes with firmness, sometimes with kindness, sometimes with exasperation, but never with insults or humiliation. I tried to see things from their point of view.” 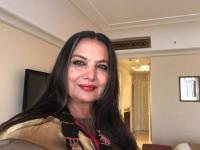 Recalling the initial hiccups, Shabana Azmi had remarked, “I think it’s difficult for children to decide what to call their stepmom. Aunty seems fake and you can’t say Mom the Second [laughs] so it is a struggle. Farhan was only 10 years old when I asked him to call me by my first name and I could sense his relief as the burden got lifted from his shoulders.” Finally, the hard work and sensitivity paid off as today, Farhan Akhtar and Zoya Akhtar share an excellent equation with Shabana, “They both make me laugh a lot. They are respectful but irreverent, which I find delightful. They are socially responsible adults and I like to think that, along with their parents, I’ve had some role to play in that.” 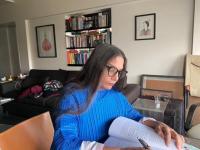 Shabana Azmi had concluded with a piece of advice for the step-parents so they can successfully navigate this rather tricky role, “Give it time. Don’t push. Don’t try too hard. The hurt, the guilt, and the sense of betrayal need time to heal. There is no magic formula. When divorced parents behave in a civilised way with each other it becomes less painful. Both Javed and Honey (Irani) are good friends today and I respect that. Also, I am careful not to take liberties with the kids and do not pry into their private lives. Accord the children respect. Have healthy arguments but do not impose your views. Guide, do not command.” (Also Read: Sachin Tendulkar Surprises His Wife, Anjali Tendulkar On Their 25th Anniversary, Dons The Chef's Hat) 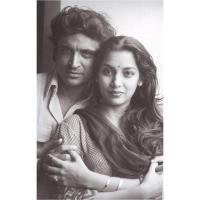 Isn’t it inspiring how B-town boasts of some incredible uncommon relationships which break the stereotypes?