When A Crying Shah Rukh Khan Said Mean Things To His Mother, Lateef Fatima Khan On Her Death Bed

When A Crying Shah Rukh Khan Said Mean Things To His Mother, Lateef Fatima Khan On Her Death Bed

In an emotional revelation, Bollywood's King Khan, Shah Rukh Khan had revealed that he had said mean things to his mother, while she was on her death bed. Find out! 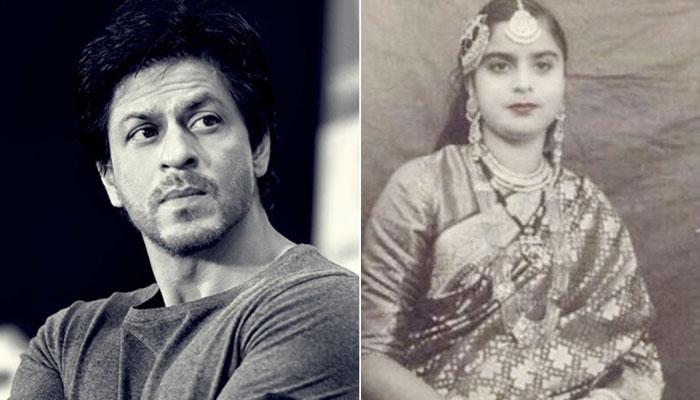 Bollywood has seen some exceptionally talented actors over the decades. Whether we talk about Dilip Kumar, Dev Anand, Rajesh Khanna, or Amitabh Bachchan, it is always hard to pick up a winner for the title of the greatest Bollywood actor ever. However, there is one name, one face, one smile and one voice that just perfectly fits for this title is none other than Shah Rukh Khan. Yes! We are talking about the man, who has won billions of hearts with his brilliant acting skills and is no doubt the greatest lover the nation has ever seen. Shah Rukh has worked in over 90 movies and continues to rule his people's heart and can give any youngster a run for his money with his acting talent. (Recommended Read: Business World Meets Bollywood: The Beautiful Love Story Of Anil Ambani And Tina Munim)

Besides being a tremendously talented actor, Shah Rukh Khan is a gentleman in his personal life too. There’s a reason why he is admired by millions and billions of people around the world. However, It's not just his movies that make him the most-loved celebrity but it is the pureness of his heart and he sees things in the world. The actor looks like an open book but not many people know about a heartbreaking moment of his life. Scroll down as we give you an emotional anecdote of his life.

Last year, on David Letterman’s famous talk show, My Next Guest With David Letterman, Bollywood’s King Khan, Shah Rukh Khan had appeared on the show. The actor had talked about his troubled childhood and revealed that when his mother was admitted to the hospital, he had arranged a VCR to make sure that his mother sees his work before anything bad happens to her. His mother saw his son acting in a daily soap and was extremely happy to see him doing what he has always dreamed of. And the next morning, Shah Rukh's mother passed away in his arms.

The young actor was so heartbroken and innocent that he had said mean things like he would not take care of his elder sister, he wouldn’t work anymore and would waste away his life in alcohol with the hope that his mother will rally back to him. He said, "So my mom was in the ICU and I thought that if I give her trouble then she will be extremely dissatisfied. So I would sit next to her bed and say things like..I am going to be extremely mean to my eldest sister. I will not get her married, I'll not work, I'll start drinking and said all these bad things hoping that she will be on her way to this nirvana place, to her Godly abode, happy and then she'll be like Oh God this boy I still have to worry about this...(all laugh)...but it didn't work" (Don’t Miss: Shah Rukh Khan And Gauri Khan's 18 Crore Worth Villa In Dubai Is What 'Live Life, King Size' Means)

But his innocent trick didn’t work and just like his father, he lost his mother too. In an old interview with the Hindustan Times, Shah Rukh Khan had talked about his life after his parents’ sudden loss. He had stated, “My parents went away suddenly. We got to know they had cancer and within two and a half months, they were gone. I didn’t know what to do. I just felt one night, while at their mazaar that I should fill this void with something. I got a fortunate break in films. For me, acting is not working but a place to vent out my feelings.” (Also Read: This Is How The Interiors Of Shah Rukh Khan And Gauri Khan's House 'Mannat' Look Like)

Share your views on Shah Rukh’s emotional revelation to us!