Famous couples whose post-marriage life was not a ‘happily ever after’, but they managed to stay friendly even though their love had fizzled.

Staying on good terms with your spouse after a rocky relationship or parting ways can be one of the most daunting challenges to master. But, it certainly can happen. Let’s have a look at some of the famous couples whose post-marriage life was not a ‘happily ever after’, but they managed to stay friendly even though their love had fizzled. 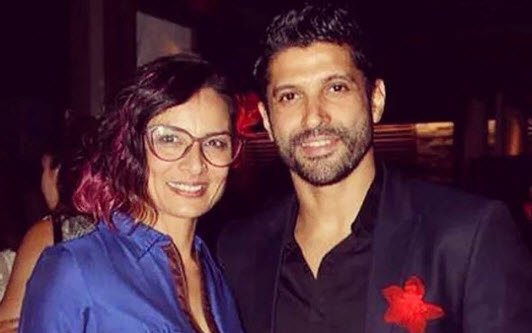 The seemingly perfect love story of Farhan and Adhuna took an ugly turn, and now the couple are ex-mates to each other. After a conjugal bond of 16 years, they decided to part ways in 2016. However, the breakup was not that nasty and they have created their own safe space of happiness with each other. We appreciate the efforts from both the sides for making the situation work for their children. Recently, the family was spotted at an outing in Mumbai where they were celebrating daughter Akira's birthday with her friends.

Also Read: 9 Bollywood And TV Celebs Who Were Physically Abused And Mentally Tortured By Their Partners The separation news of Hrithik and Sussanne came as quite a shock to everybody. They were married for 13 years before calling it quits. But, the good news is that the duo is befriending each other post-split and are spotted at vacations and outings together. Although they had a fair share of trials initially, now they are in their own healing process.

The doting parents are fully committed to raising their kids (two sons) in a normal manner. They were seen vacationing together with their boys in Dubai. Also Checkout: Sussanne Khan Calls Hrithik Roshan 'Best Dad', Sharing His Unseen Best Memories With Their Sons Seeing this golden couple going separate ways after a good 18 years was hurtful. The divorce news of this couple was initially shrugged off as a rumour. However, the rumours were put to rest when they actually confirmed their separation. Amidst their divorce proceedings, the ex-lovers still remain friends and were seen celebrating New Year’s Eve 2017, together in Goa. 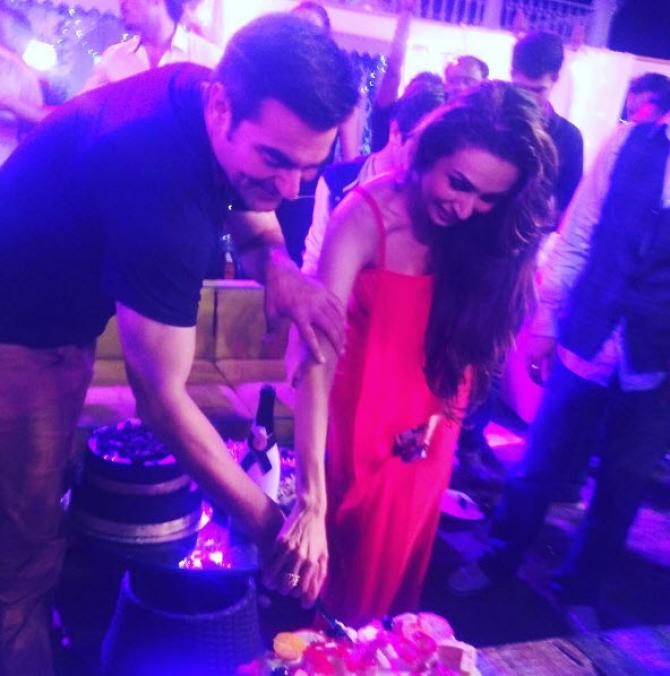 Well, we are happy to see that though they could not be together as a couple, they chose to remain good companions for the sake of their families and kids.

You Might Like: 10 Bollywood Actresses Who Fell In Love With Divorced Men And Got Married To Them 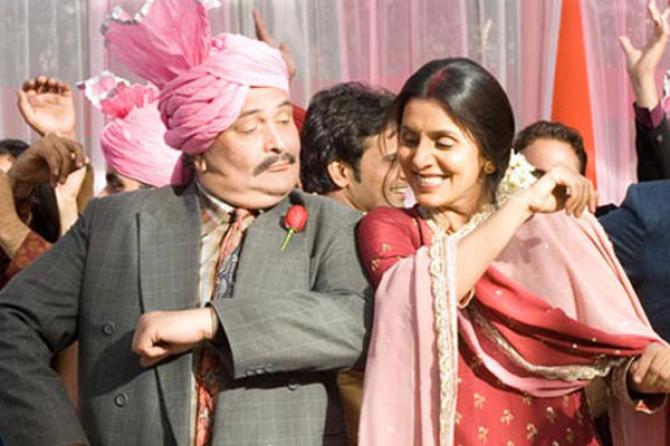 Famous yesteryear stars Rishi Kapoor and Neetu Singh seems like an idol couple to us. But, they too were once the ‘parents in conflict’ and had their share of grieves, hardships and confusion. As per the reports, the couple’s married life had hit the rough patch, and it was being claimed that the short-tempered Rishi Kapoor had turned into an alcoholic. This made the actress file a complaint against him for domestic violence.

But, the couple successfully navigated this unsettling time and emerged out even stronger and more confident. They have set quite an impressive example of maintaining an amicable relationship for the sake of their two children. It was on April 30, 2020, when legendary actor, Rishi Kapoor left for heavenly abode without any final goodbyes. He gave a tough fight to cancer for two years. They are Bollywood’s perfect couple, but their marriage too was not a smooth sail as we think of. No wonder, the angry man was linked to yesteryear actress Rekha and the marriage went tumultuous. There were hurtful events, blame games and frictions. But, despite all the rumours and controversies, Jaya stood by him and supported Amitabh through thick and thin. They have always presented a united front and after 48 years of marriage, they stand tall as a ‘big happy family’. 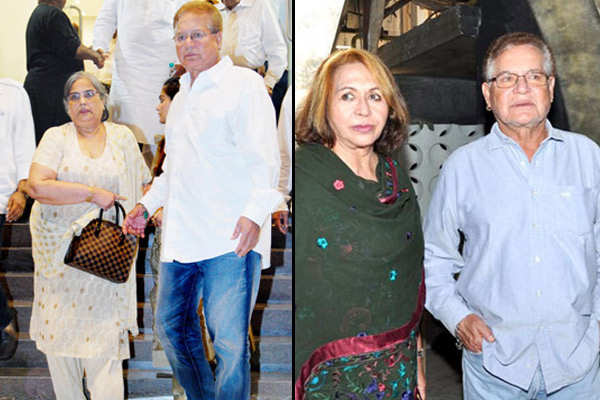 The story of love and marriage of Bollywood’s famous scriptwriter, Salim Khan, is one great example of two wives coexisting happily. He got hitched to the dancing queen of Bollywood, Helen, without drifting apart from Salma, his first wife. The situation of two wives could well be the loss of the family unit, but he kept it all real and was truthful. While he faced a shaky state initially, he eventually battled out the issues to save both his marriages. They have all let go of the phase and gave the well-being of their kids the top priority. Salim has three sons- Salman, Arbaaz, Sohail, and one daughter, Alvira from his first marriage and an adopted daughter Arpita. Ranvir and Konkona have not just formed a new bond after their split, but have shown signs of a matured relationship. They are not only collaborating for their son, but for work too. Ranvir is reported to act in Konkona’s film Death In The Gunj. They got married on September 3, 2010, and were blessed with a baby boy, Haroon. However, in 2013, there were rumours that their marriage was on the rocks. Finally, on September 14, 2015, they announced on Twitter that they had decided to separate. This is what Konkona's statement read,

“Ranvir and I have mutually decided to separate, but continue to be friends and co-parent our son (Haroon). Will appreciate your support. Thank you.”

Well, their decision to fix their problems and co-parent their son as friends reflects their intelligent point of view. 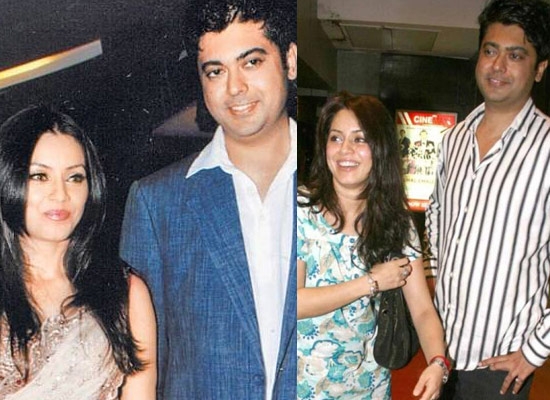 Another couple who are doing just fine after their divorce is actress Mahima Chaudhary and Bobby Mukherjee. Mahima got married to the already divorced architect, Bobby Mukherjee in 2006, in a hush-hush ceremony. But, their nuptials went kaput in 2011. Their divorce was not a nasty one. The couple wants to ensure giving their kid a healthy and normal life. So, they have kept their incompatibility and differences at bay and have handled the situation with grace for their 6-year-old daughter. 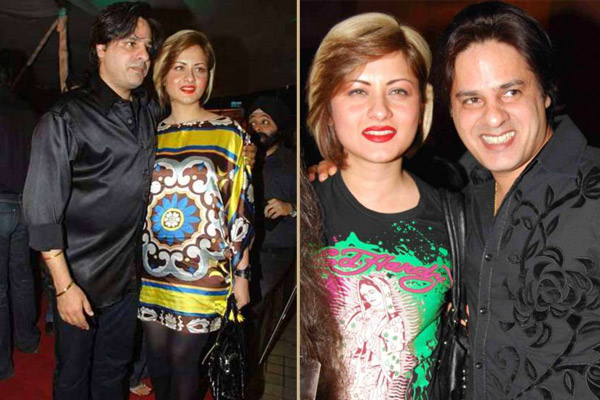 Rahul Roy had married model Rajalaxmi Khanvilkar in 2000 after dating her for about two years. According to Rahul, though they decided to part ways, he maintained that her family would always be his family and he will always support and encourage his wife in her future endeavours. Good thoughts, Rahul. After all, why should marital incompatibility get in the way of a good friendship? No wonder that the celebrity couple Rajesh Khanna and Dimple Kapadia’s romance and love life is a legend. But, they had their ups and downs, due to which their marriage could not survive for more than 10 years. In 1982, the couple separated, but they never got legally divorced. After many years of separation, Rajesh Khanna had said, “You know what? I still love my wife, Dimple.”

Dimple Kapadia once said, “He is the father of my children and a very integral part of my life. He can never be unimportant.” Dimple was right beside the legendary actor in his last days, before he passed away in 2012.

These couples have managed to put any animosity aside for the sake of their children, families, or just each other. If not relationship goals, these couples have definitely given us some friendship goals. There is a lot to learn from these stars, who have found the silver lining amidst their pain and tough times.