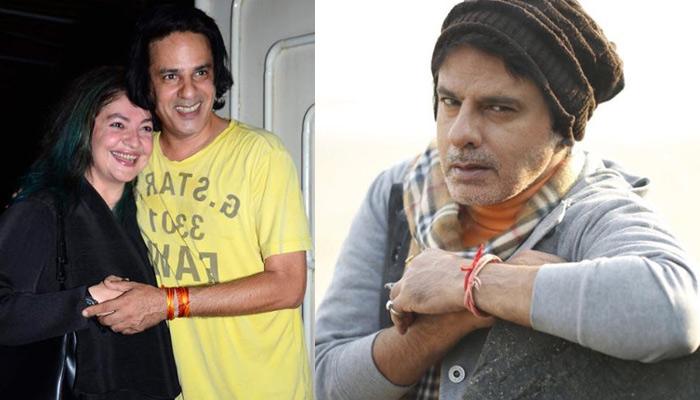 From his mannerisms, his looks to his magnetic personality; everything about him reeked of superstardom. Mahesh Bhatt had predicted that he was there to slay the industry and emerge as a sensation overnight, and his words did come true.

Not only did Rahul Roy emerge as a nationwide heart-throb but also as a star to watch out for. However, destiny had given him a very short span to enjoy being the star. Let’s take a look at Aashiqui fame Rahul Roy’s love story.

Recommended Read: Chitrangda's 13-YO Marriage Lost To Bollywood Stardom And An Alleged Affair With A Director

Rahul Roy and Pooja Bhatt’s films like – Jaanam, Junoon and Phir Teri Kahaani Yaad Aayee had brought them pretty close to each other. The young guns loved spending time together post their shooting and were often spotted enjoying cosy dinner dates.

However, their active career and schedules did not allow them to continue the rendezvous for too long. They soon drifted apart and always maintained that they were nothing more than “just good friends.”

It wasn’t just Pooja, who had gone weak in her knees because of our romantic hero out there. It has often been reported that Manisha Koirala too gave her heart out to Roy during the shoot of their film – Majhdhaar and Achanak. Rahul, too, was mesmerised by Nepali beauty Manisha Koirala, who also was trying to develop a strong foothold in the industry for herself.

However, Rahul gave his career more prominence than Manisha Koirala and thus used to spend a lot of time with Mahesh Bhatt for auditions, screenings, discussions etc. Manisha, who wanted this affair to turn into something more substantial, was not very happy with his frequent absences. And it was only a matter of time before the two decided to call it quits and focus on their respective careers.

Another model-turned-actress who had been giving Rahul sleepless nights was a Southern hottie, Suman Ranganathan. It was reported that the duo met through a common friend and did not take too long to hit-it-off. Soon, Suman moved into Rahul’s apartment in Mumbai and continued her struggle to get into films. Apparently, it was Rahul who had advised her to be a part of Vikram Bhatt’s blockbuster – Fareb in 1996.

Once Suman got into Bollywood, offers started pouring in for her from Southern film circuit too. The duo kept their relationship strong for two years until the constant travelling and work commitments took a toll on their relationship. There were rumours that the two are contemplating marriage and the industry was shocked to hear the news of their separation after three years of dating.

It was in 1998, that Rahul Roy met who was soon going to be the love of his life and Mrs Rahul Roy. After strings of failed relationships, Rahul met Rajlaxmi at a party in Mumbai. Raj had earlier been married to TV actor Samir Soni, but, their marriage lasted just for six months before they headed for divorce.

Rajlaxmi and Rahul Roy soon developed a crackling chemistry and started dating. After two years of dating, the couple eventually decided to tie the knot in 2000. It was a low-key, private ceremony with just a handful of guests. Talking about their marriage, Rahul had said:

“I have the highest respect for Rani. She didn't meet me when I was at the peak of my career. She met me when I was down. She has literally carried me on her shoulders although she is 11 years younger. She's a tremendous woman. We have an amazing relationship. She understands me. Both of us would like to spend more time together, but with her spa and salon that she is doing in Australia, she needs to spend a lot of time there. But, on an average, I go there four times a year and when she comes down she spends at least a month.”

Their marriage lasted for over 14 years and the couple decided to part ways amicably. Talking about the divorce, Rahul had once said:

You May Also Check: Nagma's Controversial Love Life: Dated 3 Married Actors, A Married Cricketer, But Is Single At 43

Post their divorce, shutterbugs revealed that the possible reason behind their separation could have been Rajlaxmi’s inclination towards settling down abroad. Apparently, Raj wanted to start her own beauty chain in Australia and had already been spending a lot of her time there. It was reported that Rahul too had taken short vacations to be with her in Australia and to try to settle down there but it did not work out for him. Even though the couple remained amicable and friends, they decided to get out of this long-distance marriage and thus headed for divorce.

“Thankfully, it was not an ugly one. That chapter is now closed. We have been legally divorced for over a year. I have been blessed to be surrounded by good family and friends who helped me get over it.” 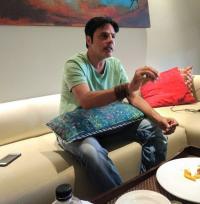 When Suman Ranganathan was asked about Rahul’s divorce, she had said:

“I heard about it and it's unfortunate. I was surprised to hear it. That's their personal matter. I just hope things get fine with them, if what we've heard is true at all. They are nice people. I was not in touch with him. I can't remember when I last spoke to him.”

When Samir Soni was asked the same question, he had said:

“What? It's news to me. I don't know whether that's true or not. If it has happened, it's really sad. Break-ups are always sad and tragic. But the couples should give themselves room and a last chance in such cases. I hope they will deal with it and work things out. I had spoken to her around six years back. Not much since then.”

However, things have again starting to look up for actor Rahul Roy, as he has found love once again. In 2016, Rahul met supermodel Sadhna Singh and the duo soon started dating. Talking about her, Rahul says:

“It seemed like I have known her since many years. But we are taking it easy and I am treating the relationship with utmost respect. She is a remarkable girl with her head on her shoulders. I really feel blessed. We are still getting to know each other, so let’s see where this goes. But one thing’s for sure, this relationship is for keeps… My relationships have always been very serious… When we are ready, I will announce in the proudest manner to the whole world.”

Well, we hope the best for Rahul Roy and would love to see his love story turn a page and move into something even better. After all, a man with such a golden heart deserves the best. Ain’t that right?