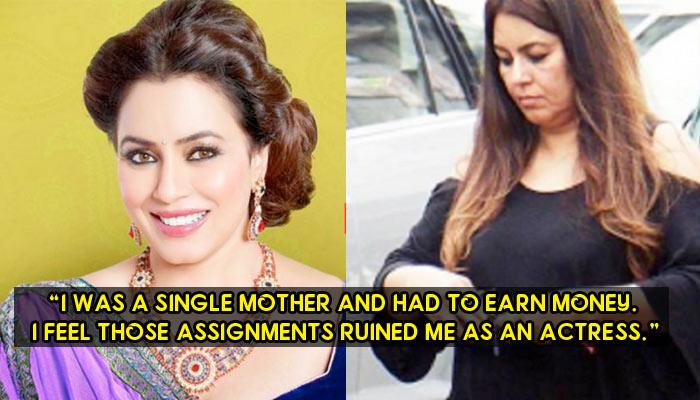 She is charming; she is poised, she is such a charmer so to say. She is no more seen on the silver screen, but has definitely left her mark in the industry and on the viewers so much so that she is missed by one and all. She shot to fame through her outstanding performance in Pardes. Yes, you guessed it right, we are talking about none other than the one and only Mahima Chaudhary.

Recommended Read: Rekha, Too Unlucky In Love? From The Unfortunate Ending With Big-B To Her Husband Hanging Himself

It is rightly said that life is not a bed of roses, challenges and googlies are thrown by destiny every now and then. Though she made her name in the industry, her personal life was taking a toll on her.

Well, let’s just start from the beginning! Long back in 2000, Mahima fell for ace Tennis star Leander Paes, who was already enjoying being at the peak of his career. While she was looking out for a potential partner, he was searching for true love. So, just like that, the two of them started seeing each other in no time. Like a doting girlfriend, she used to be there on the court every time Laender was playing.

Everything was going hunky-dory between the two for almost three years. Suddenly, in 2003, rumours started knocking the doors that the player was involved with famous model Rhea Pillai, who was then Sanjay Dutt's wife. And then, apparently, one day Mahima caught Leander red-handed while he was talking to Rhea on call. In an interview earlier, she said that she couldn’t take it further, and she straight away went to Leander and said:

Mahima-Leander scene was closed then and there, he went on to have a full-fledged relationship with Rhea and a daughter with him (though even these two are not together anymore).

You May Also Like: 7 Bollywood Divas Who Were Pregnant Before They Got Married

Years later in 2006, Mahima met a guy named, Bobby Mukherjee, who happened to be a Kolkata-based architect and a very close friend of her brother, which is why they often used to bump into each other at social gatherings.

The guy just got divorced recently and was considering a second shot at marriage. Love blossomed between the two of them, and they walked down the aisle on March 19, 2006, at a hotel in Las Vegas. Their wedding was completely a hush-hush affair and a registered union. And later on March 23, they had a Bengali style wedding. Again, even this grand wedding was kept under the wraps.

She went on record only when eyes could see her carrying baby bump. This was when she was left with no other choice, but to talk about her secret marriage with Bobby. It was speculated that the actress might have got pregnant out of wedlock, which is why a hush-hush wedding and a sudden pregnancy announcement.

Don't Miss: 10 Famous TV And Bollywood Celebrity Couples Who Are Separated But Not Divorced

But hold on guys! The turmoil that life’s journey has been throwing on her don’t end here. Mahima gave birth to a baby girl in the year 2007. Everything was fine between the two until 2007, when reports of their marriage hitting the rocks started doing the rounds due to the legal battle of Bobby with his ex-wife. The gap was just increasing between the couple with each passing day, and finally in 2011, Mahima moved out of his house.

Till date, the two are living separately, they aren't divorced either. Some reports said that they are living separately because of incompatibility and differences, while others stated that it was because of a bitter spat of Bobby with his ex-wife. But, the couple chose to keep mum on the matter. The latest reports say that Mahima’s brother who is a good friend of Bobby is trying his best to sort things out and on track once again.

And recently, her latest pictures have gone viral on the internet where she looks completely changed. Here are the pics that we are talking about:

Mahima was also in the news when she spoke about her divorce with husband Bobby Mukherji. She had said that she would like to formalize divorce only when she found new love. Talking about taking a sabbatical from acting, here is what Mahima recently said:

"I was a single mother and had to earn money. With a child, it was difficult to take up films, as it would have consumed a lot of time. I started judging a few television shows, making appearances at functions or cutting ribbons because it was convenient for me. It also gave me quick and good money. Now, when I look back, I feel those assignments ruined me as an actress."

Nonetheless, the couple is only separated and not divorced; we just hope that they reunite and rendezvous ASAP, and together be a happy family again. For the latest Bollywood and television updates, stay tuned with us right here!