Bollywood screenwriter and Salman Khan's father, Salim Khan leads a happy and content life with his two wives and children under one roof. Let's take a look at his marriages and the ups and downs of his life.

We have often discussed the keys to a happy married life. But hardly do we talk about the keys to having two happy marriages. Yes, re-marriage without divorcing the first wife never creates a blissful picture in our minds. Isn’t it? When a man gets married for the second time, it leads to a lot of complications. From blame game to legal issue and whatnot. But for Salim Khan, the case was quite different.

Actor, producer and director, Salim Khan is one half of the prolific screenwriting duo of Salim-Javed, along with Javed Akhtar. Father of actor, Salman Khan, the amazing writer has the trends with iconic screenplays and dialogues. A man with a golden heart, Salim Khan is living a happy and content life with his two wives and five children. Let’s get to know the man, who leads a happy life with his two life partners. 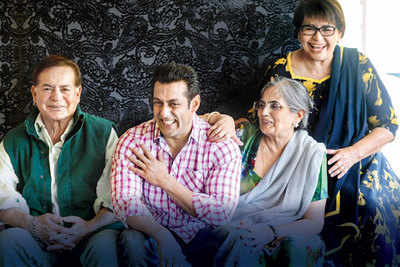 Salim Khan- the man with a golden heart

Salim Khan was born on November 24, 1935, in Indore into a rich and wealthy Afghan family. On growing up, he took the glamour industry and showbiz as his career choice. Once, he was spotted by Dr K Amarnath at a wedding function where he was offered the role of an actor. Soon after, he debuted with a movie named Baraat in 1960. Later on, he did a few more flicks with trivial roles. Not seeing a future as an actor, he switched his passion to editing, writing screenplays and dialogues teaming up with Javed Akhtar. Salim was responsible for creating the "angry young man" character and launching Amitabh Bachchan's career. 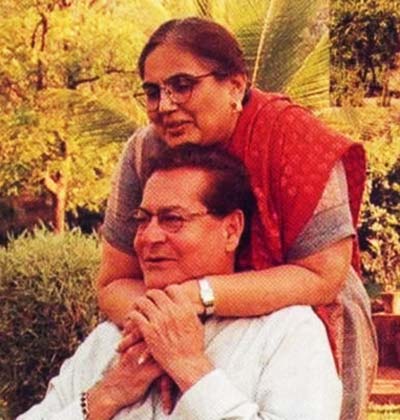 It is said that love is always special. But your first love moves you in a way that is extraordinary and unique. So, the woman who introduced the feelings of love and passion to Salim Khan is Sushila Charak. Salim was in a relationship with Sushila for five years and married her in 1964. Sushila had a Dogra Rajput father and a Maharashtrian mother. Salim had met her in 1958- around 5 to 6 years before his marriage and long before his career even started.

Love at first sight and marriage 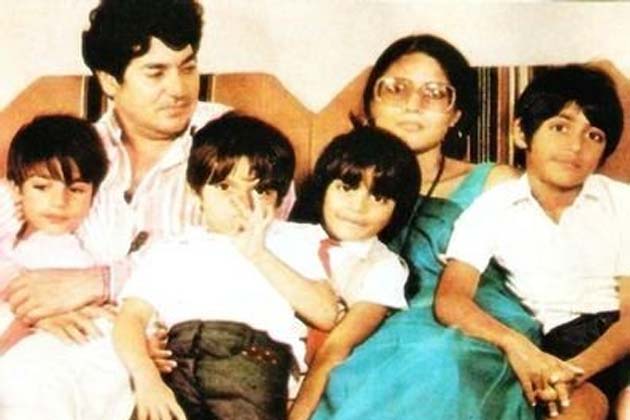 Salim Khan had revealed in an interview that the cupid struck him as soon as he saw her, and he dated her for five years. Salim had tagged her as the love of his life. Full of hopes, dreams and aspirations, the couple went ahead to tie the nuptial knot. Much in love, Sushila had rechristened her name to Salma Khan. After marriage, the couple had three sons, Salman Khan (1965), Arbaaz Khan (1967) and Sohail Khan (1969) and a daughter Alvira Khan (1970). With their kids, Salim and Salma had started walking on the journey of life. 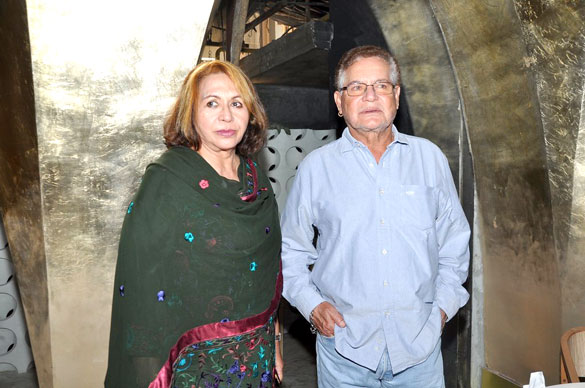 Salim and Salma along with their children made one complete and happy family, but Salim Khan got inclined towards yesteryear actress Helen Richardson. During 1960s Salim Khan had helped Helen to have several songs in her kitty to dance on. The man gave wings to her career and the two had shared an excellent camaraderie on the professional front. But things went beyond professionalism and the duo had come closer. The screenwriter indulged in an extra-marital affair with Helen. Salim decided to honour and give a name to this relationship with Helen. Even Helen had happily become his second wife. He had tied the knot with her in 1980. A source close to Salim Khan had once quoted:

"Cannot exactly say whether he was madly in love with Helen, but he knew her for so long that he had to honour his relationship with her." 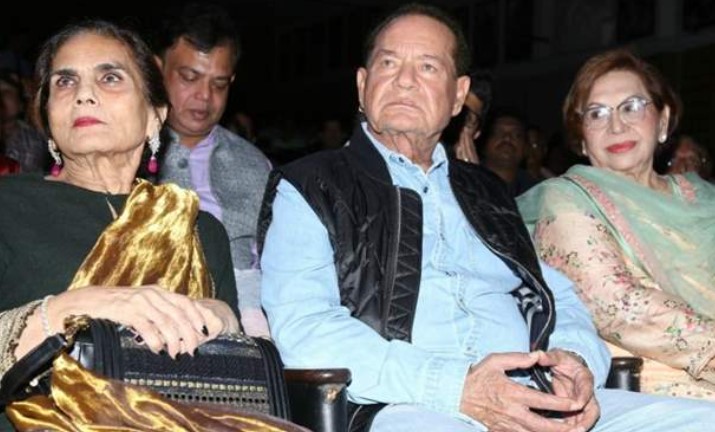 The fact that Salim did not stick to his first love for the rest of his life disappointed Sushila. It was devastating for the wife to see her husband cheating on her. Their children too were not happy with the decision. Salim and Helen's marriage had disturbed the family and they had started walking away from the feelings and memories they used to share with their dad.

But despite the frustration and sadness, Sushila did not have a choice and had to share her man as well as the house with Helen. Needless to say, things were not smooth between Helen and Sushila, and it was difficult to co-exist. The children sided with their mother Sushila and were not ready to accept Helen.

Salim Khan had once addressed Salma and their kids' hostility towards Helen and had said:

"As kids they had their hostility. But they reacted the way their mother did. As I told you very honestly, it wasn’t as if Salma accepted the relationship happily straightaway and thanked me for it or said, you deserve an Oscar for it. So at that time, there was hostility from the children." In a throwback interview, Salma Khan had revealed that she was not happy with Salim and Helen's marriage. She had also stated that her kids, Salman, Arbaaz, Sohail and Alvira did not even talk to Helen. However, after some time, they had accepted Helen and she had become an integral part of their lives. The kids got another mother in Helen and she got a family. This is the major reason why Helen and Salim had never thought of having their own children and had instead Arpita Khan. 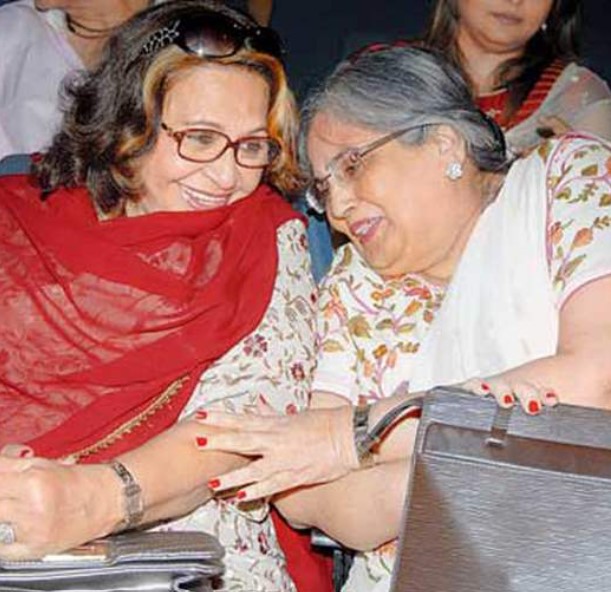 In a 1990 interview with Filmfare, Salman Khan had revealed how it was difficult for him and his siblings to accept Helen. Revealing his mother, Salma's feelings when his father, Salim got married to Helen, Salman had shared:

"My mom’s the best thing that’s ever happened to me. I can’t say why, I don’t think explanations are needed. We get along very well because basically, I’m a mama’s boy. I can’t bear to see her unhappy. She was very hurt when my father married again, I’d hate it when she’d wait up for him to come home." 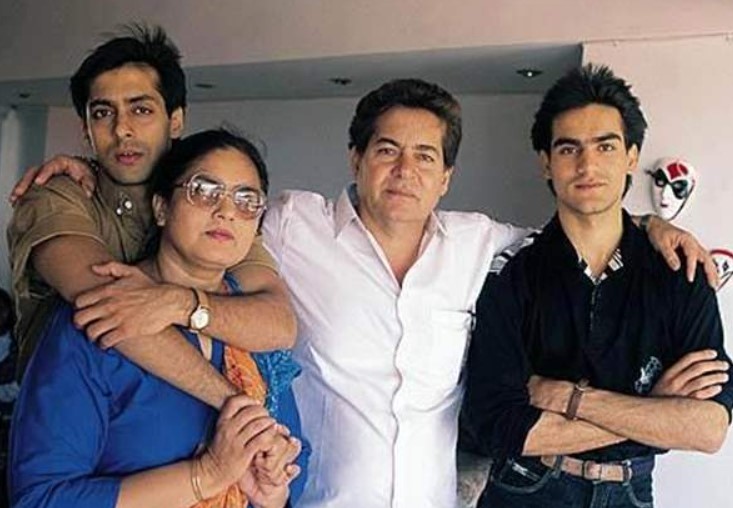 Salman had further revealed how their father assured them that he still loved their mother and how the family's equation had changed over time. In his words:

"Then, gradually, mom started accepting it. Dad explained to us that he still loved mom and that he’ll always be around. I was about 10 at that time and it took us quite some time to really accept Helen aunty. Today she’s a part of our family. Our whole family is like a closed fist, each one of us knows that if any one of us needs the other at any stage, we’ll be there."

Living happily under one roof 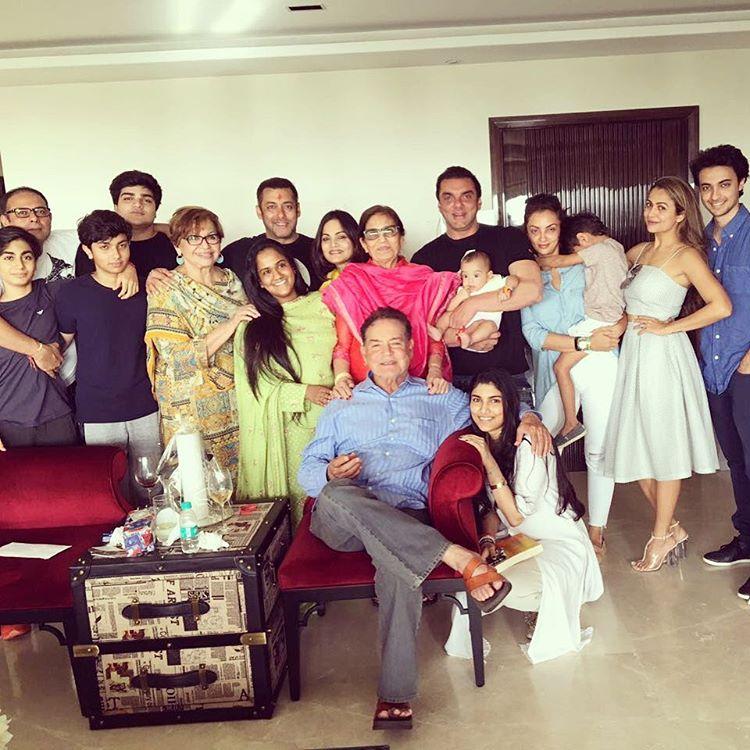 Instead of choosing between the two, he wished to have both the ‘wives’ in his life. Salim made the family realise the cool and cordial nature of Helen and that she is not a home-breaker. Kids too could see that she was not like a stepmother at all. Time flew, and things started settling down and it was a happy development where they all accepted each other. Fortunately, the two women started living like friends under the same roof and children too started treating Helen as their own mother. Arpita Khan is Helen and Salim’s only daughter whom they have adopted.

Well, we have always seen bigamy creating thunders and havoc, but this one is different. Salim broke all stereotypes and ideologies and lived normally with his two wives. In fact, the credit goes to his family members who accepted and honoured Salim's decision.

Recommended Read: Life Of Dhirubhai Ambani With His Wife, Kokilaben Ambani: How He Had Encouraged Her To Learn English