Back in the early '80s, Sunny Deol, who was already a married man, was dating Amrita Singh and post their break-up, he found love in Dimple Kapadia. Despite his love affairs, Sunny Deol's marriage with Pooja Deol is going strong.

Once a box-office superstar is now struggling hard to win back his lost stardom on the silver screen. We are talking about the veteran actor, Dharmendra and his first wife, Parkash Kaur's son, Sunny Deol, who has a long list of super hit movies in his filmography. From the day he made his debut on the silver screen with the movie Betaab in 1983, he made headlines not only for his good looks and acting but also for his controversial love life.

Betaab co-stars-turned-couple, Sunny Deol and Amrita Singh had a short fling during the filming of their debut movie. As much as people loved their on-screen chemistry, Sunny and Amrita’s off-screen camaraderie also created a lot of buzz in the media. Soon, the news of Sunny’s marriage with a London-based girl named Pooja broke out. People went berserk knowing that the new heartthrob of Bollywood, Sunny had married a girl named Pooja, even before he entered the glam world. This not only broke many hearts, but his relationship with Amrita also ended. She quickly moved on and soon, Sunny found a new girl to woo. The new lady in the much-married Sunny Deol’s life was yesteryears’ diva, Dimple Kapadia, who was also legally married to Rajesh Khanna at that point. The sizzling jodi, Dimple Kapadia and Sunny Deol had given us many hit movies like Arjun, Manzil-Manzil, Aag Ka Gola, Gunah and Narsimha. During those days, it was in every newspaper and magazine that Sunny and Dimple are head over heels in love with each other, despite their marital status. Dimple was separated from Rajesh Khanna but they were legally married at that time. Though the alleged couple had kept it under the wraps always, it was Sunny's ex-girlfriend, Amrita Singh, who had confirmed that he was in a relationship with Dimple. Amrita Singh, in an old interview, was quoted as saying:

"I think she's having her cake and eating it too. She's got nothing to lose and most importantly, she's got her guy where she wants him. So what if it's not heading anywhere? When you've already lived a life, you are happy with a relationship that's at status quo." Well, her indirect comment on Dimple Kapadia and Sunny Deol's love affair revealed a lot about their relationship and had set the tongues wagging. Soon, reports had emerged that Dimple, who was separated from her husband, Rajesh Khanna was in a happy space with her co-star-turned-boyfriend, Sunny, so much so that her daughters, Twinkle Khanna and Rinke Khanna had started addressing Sunny as 'Chote Papa'. Moreover, in 2009, when Dimple's sister, Simple Kapadia had passed away, Sunny was by her side, consoling her. 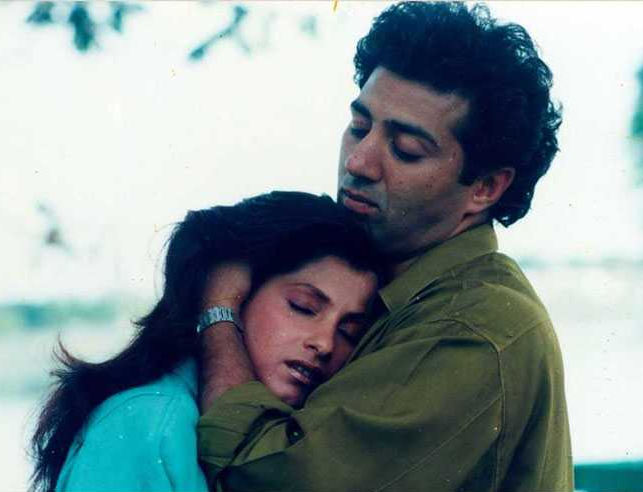 Rumour mills were also buzzing with the news of Dimple Kapadia and Sunny Deol's secret marriage. If gossipmongers were to be believed, there were also reports of Sunny giving Dimple the status of his wife in various social gatherings and filmy parties. 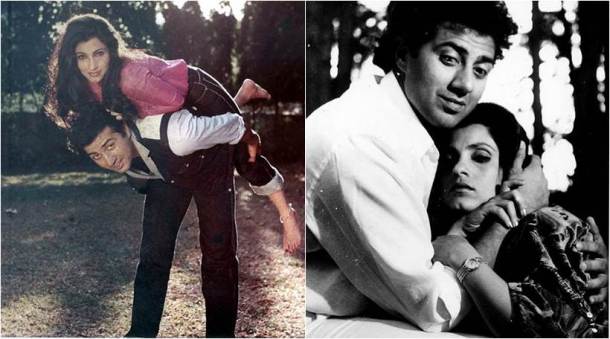 Unlike his father, Dharmendra, who chose to go against society and marry his ladylove, Hema Malini without divorcing his first wife, Parkash Kaur, Sunny Deol had decided not to end his marriage with Pooja Deol. There were reports of Pooja threatening to leave the house along with their two sons, Karan Deol and Rajveer Deol, if Sunny doesn't leave Dimple. Sunny, thus, chose to stay with his wife and kids, but that didn't end his controversial affair with Dimple. 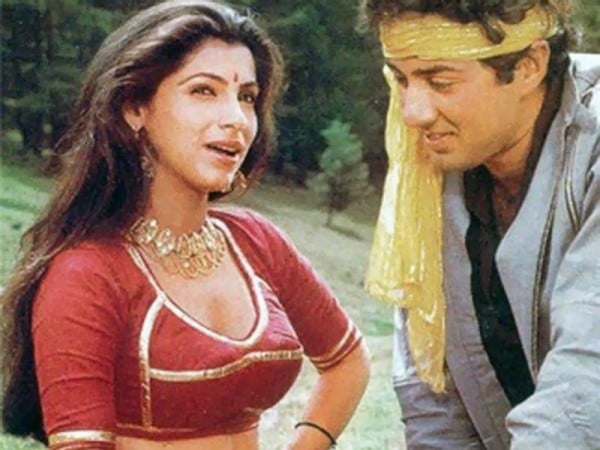 Like many lovers, Dimple Kapadia and Sunny Deol decided to keep their affair a secret. Though the rumours about their alleged affair eventually died down, but there were slow whispers in the industry, every now and then. They dated for 11 long years and some said that the two were still very much in love and together! 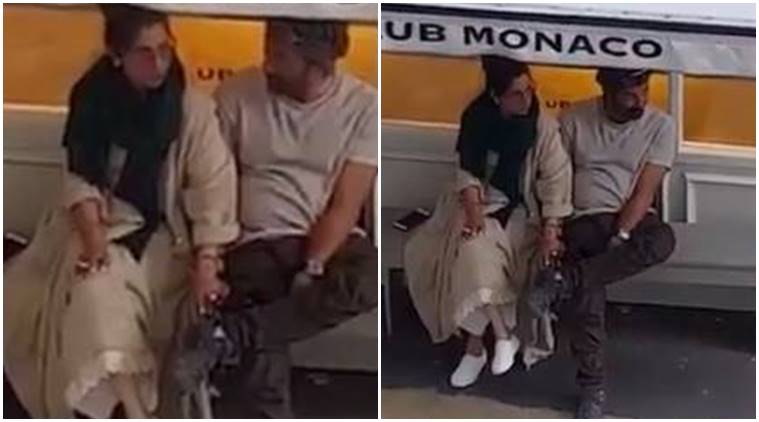 To prove these rumours rights, in September 2017, Dimple Kapadia and Sunny Deol's photos and video, holidaying in Monaco and holding hands like teenage lovers, had gone viral. The leaked pictures and video spotted yesteryears' couple, tightly holding each other's hand and indulged in a conversation. Probably the two were holidaying away from their respective families and media glare. 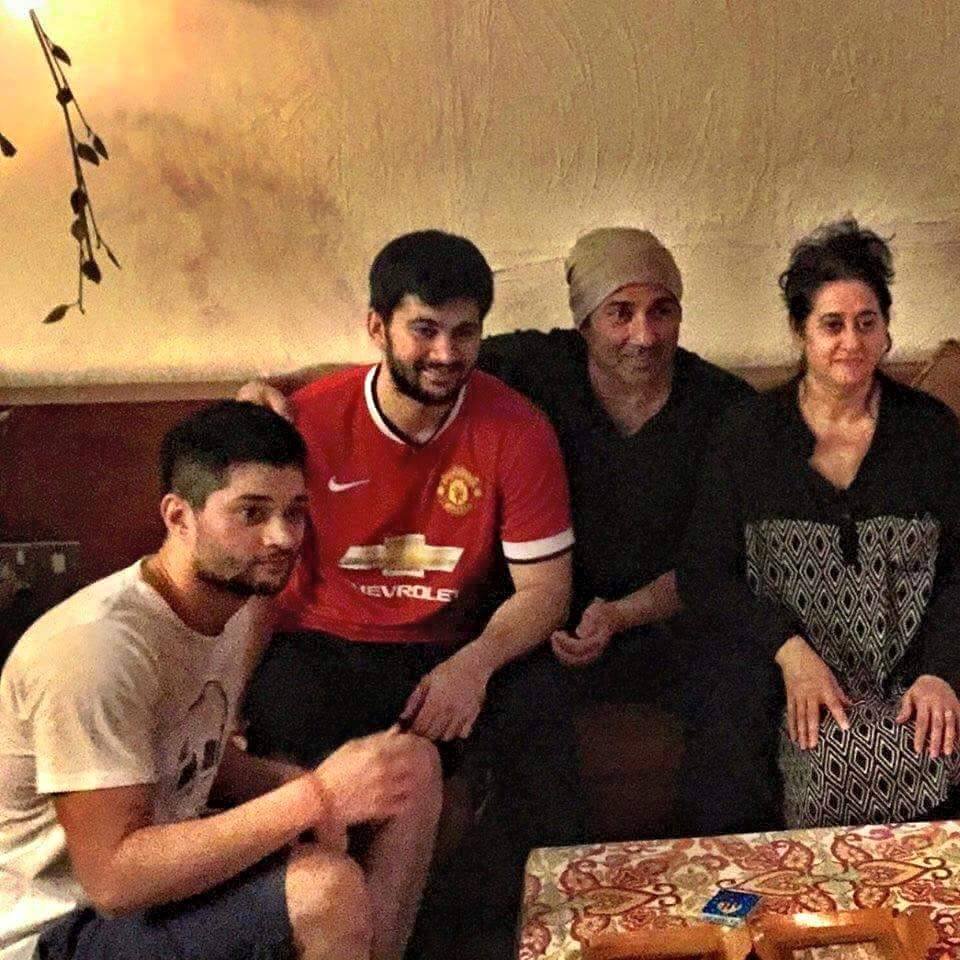 Not only Amrita Singh and Dimple Kapadia but Sunny Deol was also rumoured to be dating Raveena Tandon as well back then. Despite his controversial and colourful love life, Sunny's marriage with Pooja Deol is still going strong and their elder son, Karan Deol had made his Bollywood debut with the film, Pal Pal Dil Ke Paas, following the footsteps of his father. Sunny Deol's son, Rajveer Deol also plans to make a career in acting.

Extra-marital affairs and secret holidays with their alleged lover is common thing in Bollywood. Many celebrity wives, just like Pooja, chose to stay with their husbands, despite the fact that they cheated on them. Well, if not in real life, we would love to see Sunny and Dimple weave their magic once again on the silver screen.

Next Read: 5 Famous Bollywood Actresses Who Chose To Tie The Knot At An Early Age