Popular Bollywood actress, Ananya Panday had begun her career quite early with her first film, Student Of The Year 2 that had released on May 10, 2019. After which, time and again in interviews, Ananya's father, Chunky Panday had praised his daughter and had revealed that it was both surprising and shocking to witness his daughter on the big screen for the first time. While it was a hugely proud moment for any father in this world, it was quite an emotional one too for him. (Recommended Read: Shah Rukh Khan Gives A Savage Reply To A Fan Asking His Plans To Sell His Bungalow, 'Mannat')

Ananya Panday is riding high on the professional front as she is all set to work with prominent directors like Rahul Dholakia and Shakun Batra in her next films. However, on the personal front, the actress is soon going to celebrate her 22nd birthday on October 30, 2020, and it's her doting mother, Bhavana Pandey, who is running her birthday countdown with sheer passion. Scroll down to see the latest video shared by her! On October 27, 2020, Khaali Peeli actress, Ananya Panday's mother, Bhavana Pandey took to her Instagram handle and shared an adorable video of the actress from her childhood days. In the video, little Ananya can be seen jumping on a Mickey Mouse inflatable bouncer, and the moment she sees the camera, she flashed her cute smile that won our hearts all over again. Along with this super-adorable video, the doting mother wrote, "Birthday Girl !!!! 3 days to go !!! Obsessed with the camera then and now !!!  love you." Take a look: (Don't Miss: Amitabh Bachchan's Grandson, Agastya Nanda Makes Quirky Instagram Debut, Suhana Khan And Navya React)

The doting mother is running the countdown for her daughter's birthday with sheer excitement and everyday shares some unseen pictures and videos to make us fall in love with Ananya's cute gimmicks. For instance, on October 26, 2020, Bhavana Pandey had taken to her IG handle and had posted a jaw-dropping beautiful video of little Ananya from her early childhood days, and the whole internet had gone in awe for her. Along with the video, the super-mommy had written, "Birthday coming up !!! love you my Aanchoo !!!! 4 days to Go. !!" Take a look:

In an interview with SpotboyE, Bhavana Pandey had talked about her gorgeous and talented daughter in lengths. The mommy had also talked about the time when her daughter had to choose between the chance of making her debut in Bollywood with the film, Student of the Year 2 and a chance to complete an academic course in abroad. She had explained, "As parents, we were under lots of pressure when Ananya had to choose between Student Of The Year 2 (SOTY 2) and an academic course for which she was selected abroad. But Ananya had already made up her mind, SOTY 2 it will be!" (Also Read: Neha Kakkar And Rohanpreet Singh Singing A Romantic Song At Their Wedding Reception Is Pure Goals) Did you like Ananya's adorable childhood video? Let us know! 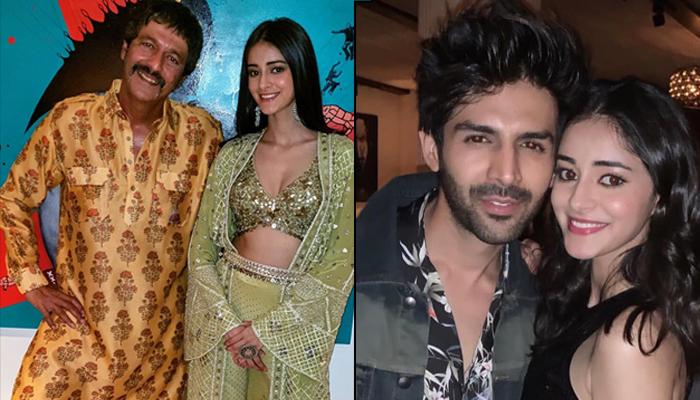 Be it ‘Aakhri Pasta’ from Housefull series, his negative role in Begum Jaan or a hero with superb comic timings in Aankhen, Chunky Panday has ventured into action, drama and comedy films and has amazed us. Even he had excelled in his negative characters. But since May 10, 2019, when Student