Just a film old, Ananya Panday has been linked with her 'Pati, Patni Aur Woh' co-star, Kartik Aaryan. Scroll down to know what advice did her father, Chunky Panday gave her.

Be it ‘Aakhri Pasta’ from Housefull series, his negative role in Begum Jaan or a hero with superb comic timings in Aankhen, Chunky Panday has ventured into action, drama and comedy films and has amazed us. Even he had excelled in his negative characters. But since May 10, 2019, when Student Of The Year 2 had hit the theaters, it was not just his career span of over three decades became his pehchaan, but people started referring to him as ‘Ananya Panday’s father’! (Also Read: Ridhi Dogra Celebrated 'Raqesh Bapat Day' Post Separation On His Birthday, Shared An Array Of Wishes)

What could be a prouder moment for any parent than being recognized by their child’s name? The Panday family gets a prominent mention as Ananya Panday made her debut at an early age of 20, and she garnered so much love that her parents, Chunky Panday and Bhavana Pandey, are now regarded by her name. With Pati, Patni Aur Woh and Khaali Peeli in her kitty, Ananya is riding high professionally, and her star father leaves no opportunity to reveal how proud he is of his daughter. Just a film old, Ananya Panday has been linked with her Pati, Patni Aur Woh co-star, Kartik Aaryan, and their dating speculations gained momentum when they both signed the film together. When Chunky Panday was asked what advice he had given his daughter to deal with such conjectures, in an interview with the Bombay Times, he replied, "She got linked very early on in her career, but as they say, you live and die by the sword. It happened then and it happens now. You can’t control it, whether you’re married or single. I only tell her to take it in her stride, what else can I advise her on this? Even as an actor, when she asks me my opinion on her scripts, I don’t say much, because I want her to make her decisions and stand by those, forever." Not only did Chunky Panday gave some advice to his daughter, Ananya Panday on managing link-up rumours, the proud father also guided her about her Bollywood career. He said, "The most important thing for any actor is to be accepted by the audience. I’ve always told this to Ananya because there’s just that much advice I can dole out. She’ll have to figure her way through this on her own, making her own choices and her own mistakes. I’ve always told her that no one can ever predict the box-office success of a film, because a billion people decide that." 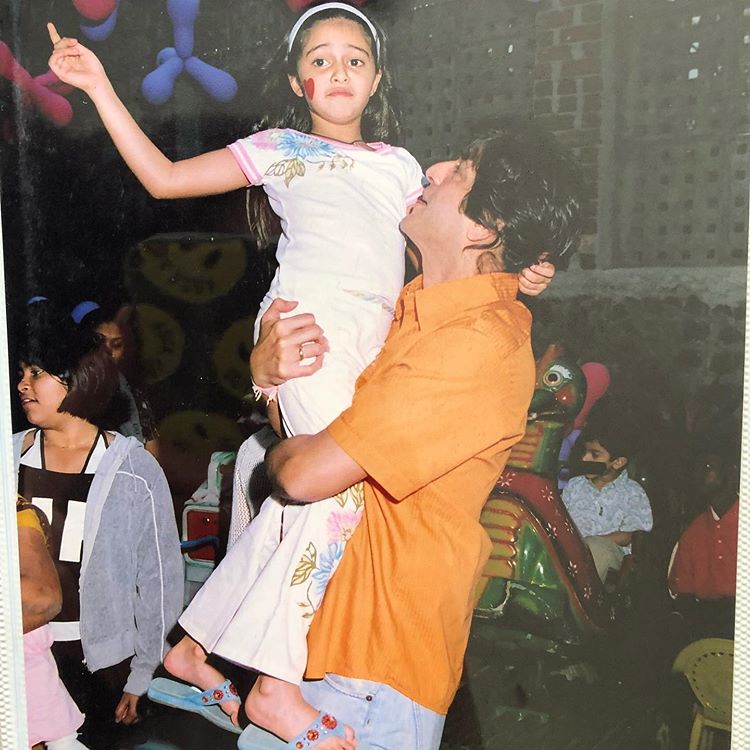 In an interview with the Mumbai Mirror, speaking about Ananya’s journey so far and admitting that it was difficult for him to let his ‘little girl’ work, Chunky Panday had stated, “Ananya had been a part of the industry socially but to work in it is a different ballgame altogether. That said, Bhavana (wife) has brought her up well and she’s equipped to be a good employee.” (Also Read: Sara Ali Khan's Childhood Picture Feeding Daddy, Saif Ali Khan Reminds Us Of Her Cousin, Inaaya) 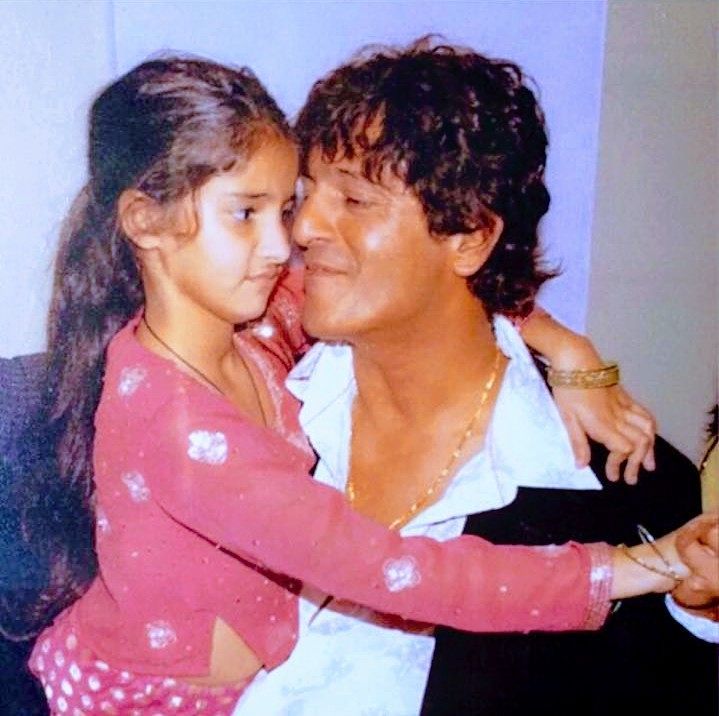 Revealing his reaction when he saw the trail show of Student Of The Year 2, Chunky Panday had stated, “I’d see her return home depressed sometimes but I let her be. When I saw the film’s trail show, I was sure she would make it.” Quipping about the difference between his personality and that of his daughter, Chunky had continued, “I was wild; my daughter is nothing compared to me. I had a lot of wrong pressure on me. Being the son of two doctors, I was expected to become one too.” Ananya Panday had also spoken about how life has changed post her debut film and was quoted as saying, "Life has definitely changed after I did 'Student of the Year 2'. Now, people recognise me more. It feels you have now earned a name. But I try to behave as much normal as I can. I try to be a normal teenager which I am. I hang out with my friends and my family. I try to do as many normal things as I can." Ananya Panday had added, "My journey into Bollywood has been very exciting, I feel blessed and lucky. Everyone has their own journey and I have always wanted to do this and when you are born in an actor's family you get to meet people at a very early age. Getting into a room with Karan was easier, but what you do inside the room solely depends on you. I don't think people would put money into someone whom they don't believe in." 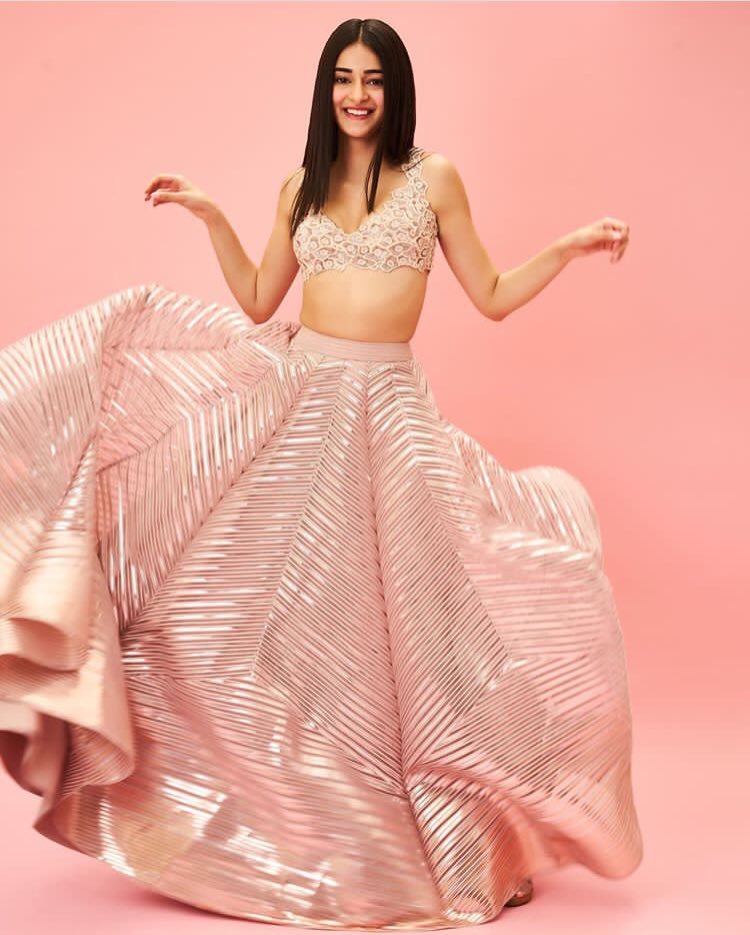 Speaking about working with her father, Chunky Panday in a film, Ananya Panday had remarked, "I am waiting for somebody to offer a film where I can share the screen with my dad. I hope someone offers us a film together. It will be too much fun. If someone is listening, please make something happen." (Also Read: Kapil Sharma Reveals The Preparations He And His Wife, Ginni Chatrath Are Doing For Their Little One) Can’t wait to see Ananya in Pati, Patni Aur Woh! Are you too, excited?

Popular Bollywood actress, Ananya Panday had begun her career quite early with her first film, Student Of The Year 2 that had released on May 10, 2019. After which, time and again in interviews, Ananya's father, Chunky Panday had praised his daughter and had revealed that it was both surprising