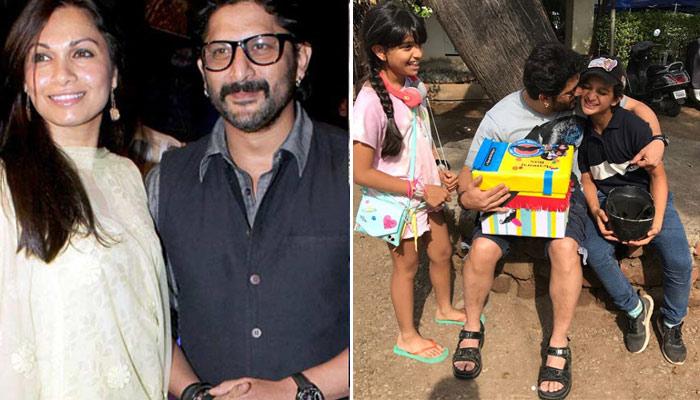 When you fall in love, you become oblivious to religion, culture and everything else. The love story of Arshad Warsi and Maria Goretti follow the same trail. How a judge fell in love with a contestant and built a beautiful life with her is an amazing tale to read!

The dance of love

Arshad and Maria both share the love for dance and this is what brought them together. It was in the year 1991 when Arshad Warsi was invited to St. Xavier's college to judge their dance talent show, Malhar. Arshad saw a sweet and talented girl on the stage with the most beautiful smile ever. The girl was Maria Goretti. It wasn't a love at first sight but Arshad was impressed with her skills. She asked Maria to join her troupe but she declined the offer.

"I was invited to Malhar to judge a dance competition where I noticed this lovely girl with a cute smile from St. Andrew's College, who was also participating in the competition and I fell in love with her. But if I have my facts right, it wasn't love at first sight." 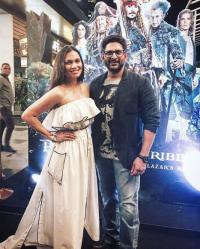 "Three months later I met him again through a common friend and we gradually became friends. He even convinced me to join his dance troupe."

The two became friends and had feelings for each other but no one confessed it. Arshad knew that Maria had feelings for him but when he asked her, she refused. Arshad, being a prankster, got it out of her.

You May Also Like: The Cute Love Story Of TV Actors Raqesh Vashisth And Ridhi Dogra 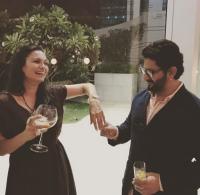 "Summing up the courage I asked her whether she loved me and she flatly refused. However, I was determined not to give up. Maria and Arshad Warsi after a month we went to Dubai for a dance show. One evening I mixed beer in her coke and her feelings poured forth. She confessed her love for me and even added that she couldn't live without me!"

There was no backing now and that is how an everlasting love story started. 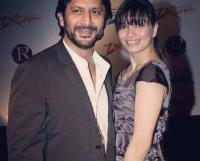 After dating each other for 8 long years, Arshad and Maria finally decided to get married. Maria's parents were not very keen on having a son-in-law from the film fraternity and were reluctant on getting their daughter married to Arshad. They gave the couple their blessings after meeting Arshad. The couple got married in 1999 on Valentine's day. They had a church wedding which was followed by a nikaah. 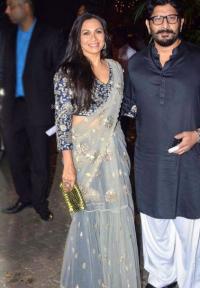 "After they met me, they liked me and happily gave their daughter to me. Their only condition was that there would be a church wedding; whereas my parents wanted a nikaah. So, we decided to get married on Valentine's Day, 14th February 1999. We had two weddings, one at a church followed by the Nikaah.

Must See: The Charming Love Story Of Aishwarya Rai And Abhishek Bachchan

The highs and the lows

Maria and Arshad love to dance together and enjoy their little fights. Maria is a romantic heart and Arshad makes sure that her wishes are well taken care of. One of the best romantic memories was when Arshad surprised his wife on their first anniversary. 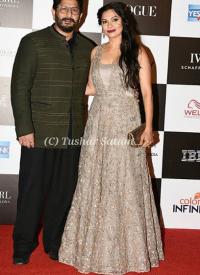 "I was in Taiwan shooting when Arshad called and wished me. In the evening when I returned, the entire house was lit with candles and Arshad gave me a long love letter."

"Every six months we go on a holiday. Our most memorable vacations were in London, Miami and Vienna. Cafés, boat rides and starry-night dinners are all very romantic. Maria's idea of a holiday simply means visiting cemeteries and ancient monuments, but I love eating and chilling out. In the end, we do both" 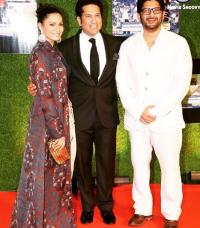 Arshad and Maria hit a low when Arshad got too involved in his production work. Arshad confessed:

"For about nine months in that year, I just forgot that I have a family and was out of the house that was not good. It was a stupid phase in my life of overdoing something. I have always believed in having a perfect family, but I got swayed at that time about producing a film and got over-involved in it. I will never do it again."

The couple learnt from their mistake and emerged victoriously. 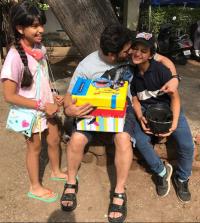 The fun-loving couple, Arshad and Maria were blessed with a baby boy, Zeke Warsi in 2004. To complete their family, a little angel, Zene Zoe Warsi, joined their team in 2007. This happy family loves their own little world.

Coming from different communities, it was dance and love that brought Arshad and Maria together. The lovebirds are having a good time and we hope that they continue to embrace happiness at every step they take together.