For an actress as vivacious and successful as Juhi Chawla and for a diva who was a Bollywood sensation in the 1990s, the marital journey could be no less than a picture-perfect thing. Isn’t? Well! Most of us think that for a celebrity, things are always smooth and glam. This does not stand true for Miss India pageant winner and Qayamat Se Qayamat Tak actress, Juhi Chawla.

Neither her marriage lies anywhere close to a Disney fairy tale romance nor was her courtship as cheesy and lovey-dovey as we watch in movies. In fact, her marriage to an industrialist, Jay Mehta gave media and her fans a great shock. Jay and Juhi’s wedlock was a roller coaster ride which they kept driving. Persevering through their struggles and pain, the couple came closer and finally tied the knots. Let’s unlock the actress’ matrimonial story. 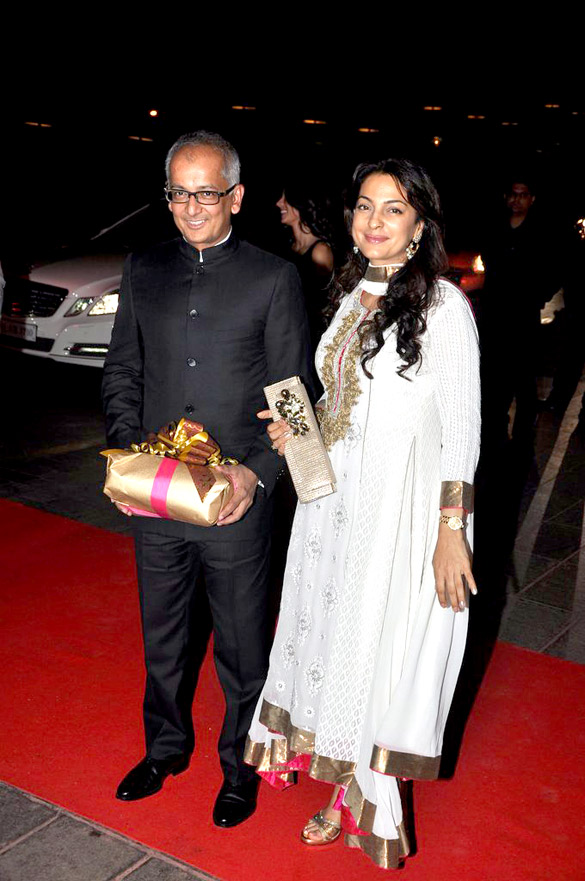 Juhi’s husband Jay Mehta is a thriving entrepreneur who is the owner of The Mehta Group. His Mumbai-based company has subsidiaries in different countries and deals in an array of products like cement and sugar. It is the second marriage for Jay. He had earlier tied the knot with Yash Birla’s sister, Sujata Birla who lost her life in a plane crash that occurred in Bangalore in 1990.

No movie connection- Just a coincidence 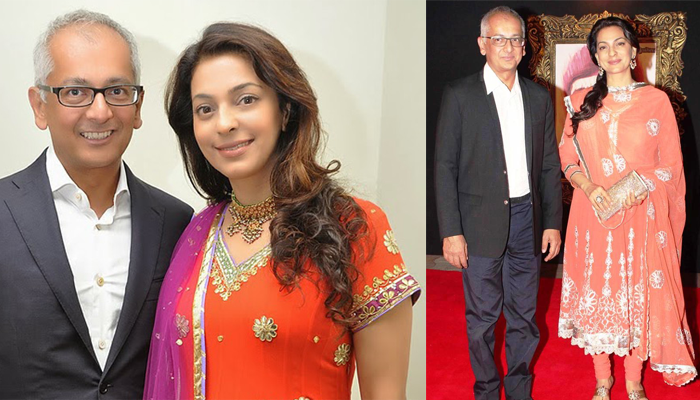 It was actually the destiny that took charge of Juhi and Jay’s life. It all happened during the filming of Karobar where the director Rakesh Roshan introduced Juhi to his dear friend and businessman Jay. Unfortunately, the film wasn’t a hit but it got the couple together for a lifetime. 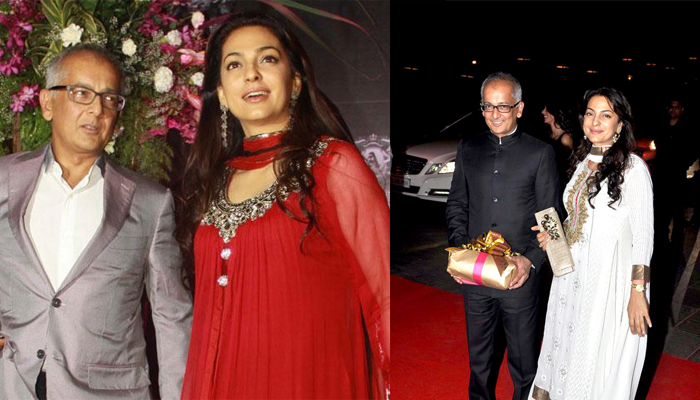 The couple met many times during the course of the movie but they never thought of each other in a romantic way. Jay was a devoted husband to his wife whereas Juhi was all engrossed in her acting career. It was only after when Jay lost his wife in the plane crash that the simple friendly relation got a different angle. They became closer day by day and Juhi was the only one who pulled him up through his hard times. She did not let the setback overtake Jay’s life.

The journey towards marriage 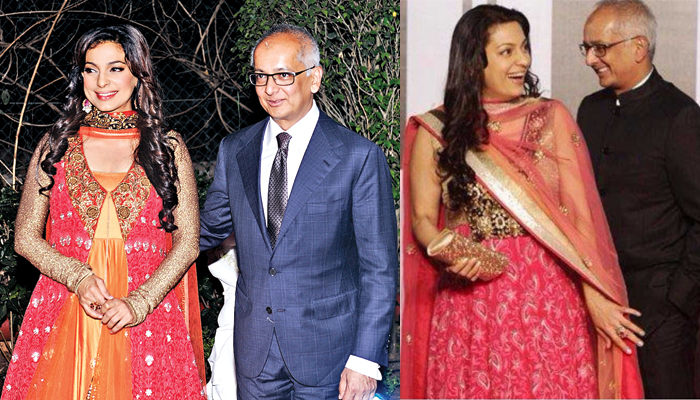 Juhi became a vital friend who helped Jay recover. Initially, Juhi was hesitant towards giving a name to their relationship. She wasn’t that inclined in the beginning but very soon she changed her mind and attitude. Mehta’s approach towards her influenced her heart and mind. The couple got closer and that is when they thought of starting it all fresh. 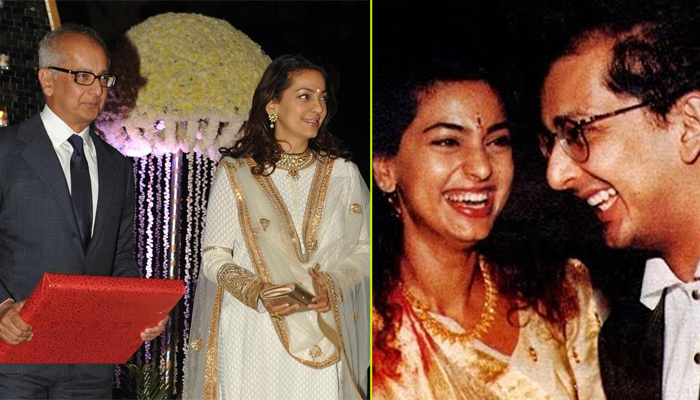 As if the tragic incident in Jay’s life was not enough. There was a real test when more worries crept in. Not long after their wedding was finalised, Juhi’s mother lost her life in a car accident. Post her demise, Juhi was of course, not in a right frame of mind to begin her matrimonial journey. It was at the same time, her brother Bobby also breathed his last after a prolonged illness. The bereaved lady couldn’t face all this and all her wedding plans and dreams came to a halt. 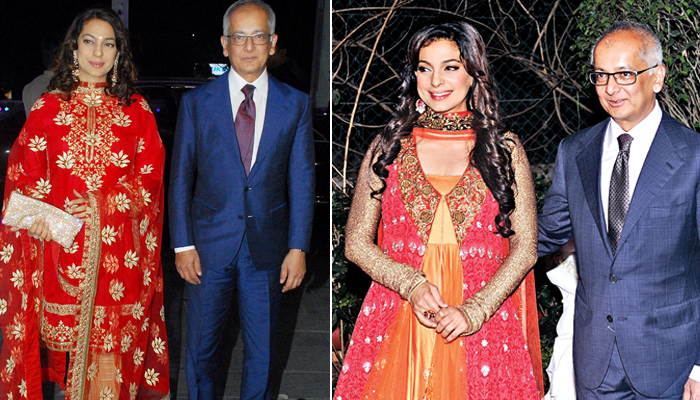 Rather than driving them apart, the tragedies and unforeseen circumstances brought the couple closer. Jay Mehta assured her of all the emotional support and comfort during her grief-stricken phase. He offered her all the help and time to take her out of personal loss and emotional hardships. Slowly they faced all the hardships life threw at them and emerged out successful as true partners.

Do Read: Paresh Rawal And Swaroop Sampat's Love Story Will Make You Believe In Love At First Sight 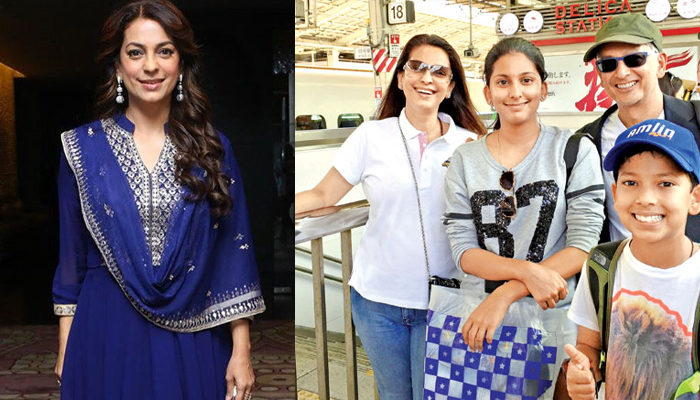 It was a hush-hush and clandestine marriage for the tragic-struck couple. Juhi remained tight-lipped about her marriage to Jay. In 1995, the couple married each other, five years after Jay’s first wife passed away. The wedding which was a close-knit affair astonished the fans and media. The entire episode got highlighted only when Juhi was expecting her first child. Later, the actress took a sabbatical from work and after a long break, she returned to the cinema to deliver a few hits like My Brother Nikhil and Gulaab Gang. The couple has two kids, daughter Jhanvi and son Arjun who were born in 2001 and 2003 respectively.

There is a heartbreaking truth that the actress hides behind her ear-to-ear smile. Her wedding journey is definitely not a romantic one but the struggles and crisis gave Juhi and Jay a new beginning. It’s out of pain that their marriage and union became a success. The couple gives love a new definition which is based on vows of commitment. 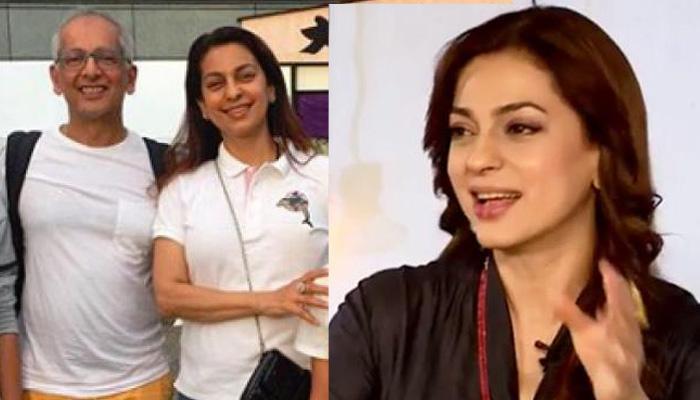 If you think that celebrities’ life is a bed of roses, then you are completely wrong. They have their own share of ups and downs, when it comes to their romantic life. One such actress whose love life was not an easy sail is that of Miss India pageant winner and Qayamat