Children are God’s gifts. They have the purest souls and the brightest smiles. And, these smiles are what brighten every parent’s life at the end of a day at their workplaces. Their fathers are extremely popular on field, so who is it that drives them off field? Yes, their super-adorable kids! While every child is special, we thought of getting for you the extremely adorable kids of our favourite cricket world stars. So, here it goes. Ziva, born on February 6, 2015, is the apple of her father’s eyes. He may be the Captain Cool on the field; at the end of the day it is his daughter who holds all his attention. This doting dad shares her adorable pictures on his social media pages. On being asked about Ziva, Dhoni had to say:

“Your life does change with the kind of smile the baby gives you. She doesn’t care whether I play for my country or play for a good franchisee like Chennai. She wants to cry, she cries. It gives a very good feeling.” 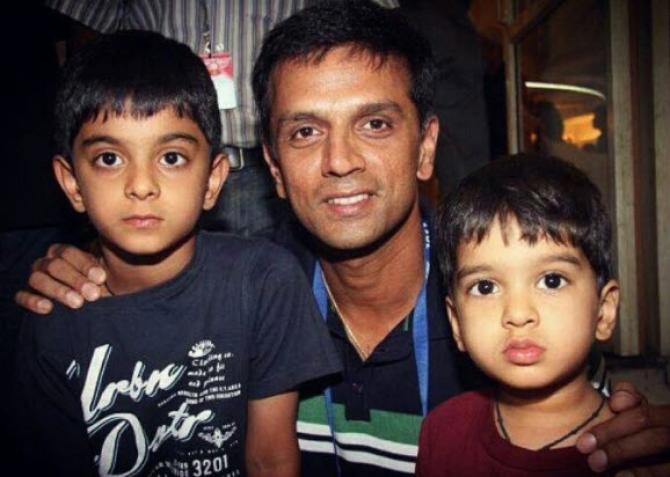 “The Wall” as he is rightly called is the proud father of two young sons, Samit and Anvay. While Samit was born in 2005, Anvay came to the world in 2009. Apart from their father’s looks, they have also inherited his talent for cricket. Both have emulated their father’s talent, and we can be sure to see them play for India soon. Rahul sure is a doting dad, and here is what he has to say:

"I love spending time with them and I love reading story books to them. That has been our time of bonding." 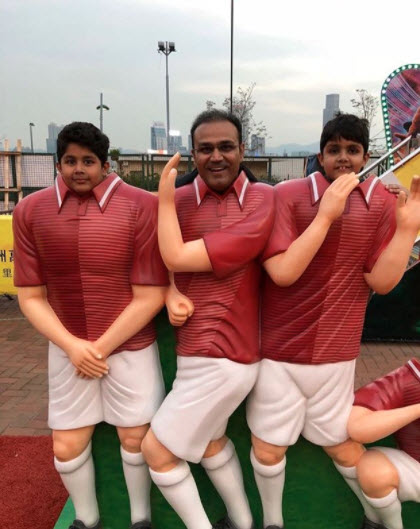 Aryavir and Vedant, are the apples of Virender Sehwag’s eyes. And, proudly so! He may have some unbeatable records to his name, but he has an even bigger dream for his sons. After all, what father would ever tell his sons:

WOW! He sure knows how to motivate his sons to perform well in life, and if the inspiration is a Ferrari, then we are sure every child would perform well! 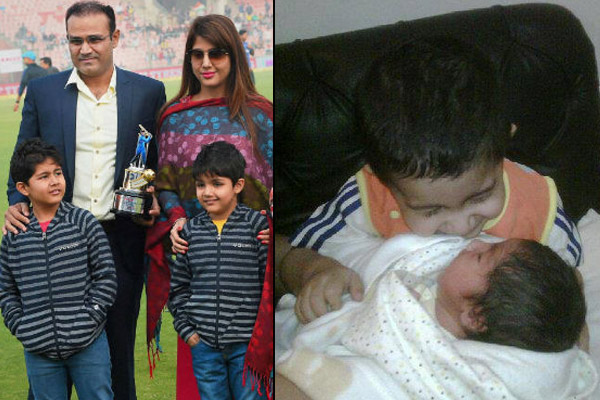 Although this is the second marriage for Ayesha Mukherjee, yet this lovey-dovey couple has maintained the spark of love in their life. Ayesha’s daughters from her previous marriage, Rhea and Aaliyah have very beautifully accepted Shikhar as their father. And to complete the family picture, Zoravar came into this world in 2014. This cute kid is the centre of attention for Shikhar and Ayesha both. Even his elder sisters completely adore him. 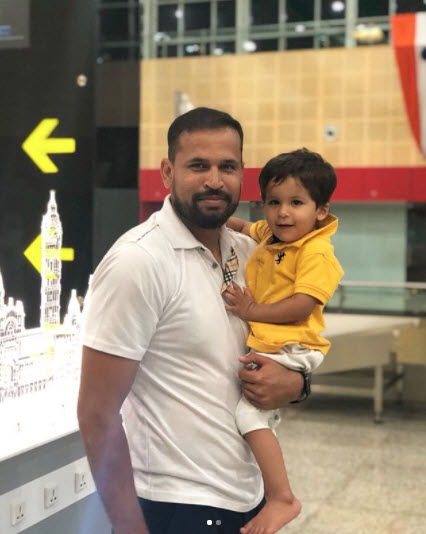 Baroda Bomber, as Yusuf is popularly known, became a proud daddy to son Ayaan in April 2014. He especially flew down from UAE, where he was playing for the IPL team of Kolkata Knight Riders, to be with his wife. He is totally lovable, and even his chachu Irfan Pathan cannot get over his nephew’s cute antics. While Ashish Nehra might not be seen on the field playing extensively for the Indian cricket team, his kids are sure show-stealers with their cute smiles and angelic faces. For Ashish, his family is his strength and motivating factor. 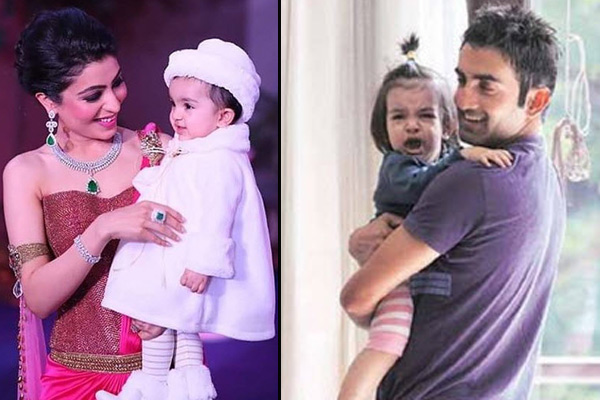 While his better half might be away from the spotlight, his daughter sure is a thunder-stealer. Aazeen came into the world in May 2014 and is her father’s favourite. And, she sure has brought luck for her father. This skipper of Kolkata Knight Riders considers her to be his lucky charm, and once said:

“Fatherhood has brought me a lot of joy and luck; I am thankful to the creator. The other day, one of my friends suggested that whenever I walk out to bat, my profile should read: Gautam Gambhir: Indian cricketer, World Cup winner, Arjuna Awardee and now a Proud Father.”

Welcoming a little angel again in their family, Gautam and Natasha became proud parents to their daughter in June 2017. Gautam posted a picture of his two daughters and captioned it:

"An angel blessing our family, An angel brightening our lives, Welcome to the world, little angel!" 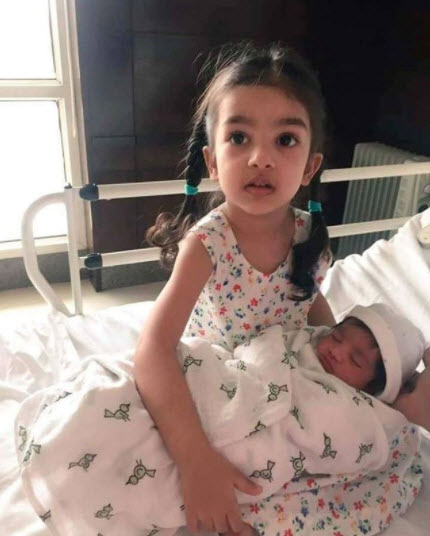 Also Read: Married For 6 Yrs And Parents To 2 Lovely Angels, Gautam Married Natasha On One Condition Anil Kumble or Jumbo, as he is popularly called, has many International records to his name. He earned this sobriquet because of his massive fast-paced bowling, which was difficult for batsmen to crack. He has two children with his wife Chethana, Mayas and Svasti. He also raises Aaruni, who is Chethana’s daughter from her previous marriage. Anil is a complete family man, and when not practicing on the field, he prefers to spend his time with his children. Controversy’s favourite child, S Sreesanth is a doting father in real life. He became the proud father of a baby girl on May 9, 2015, and he named her Sree Sanvika Sreesanth. He was later cleared of all the charges against him, and was quoted as saying:

”My daughter is three months old. When she grows old and googles my name, I want her to know me as a cricketer and not a terrorist. When I saw my photograph being flashed alongside Dawood Ibrahim, I was like shocked. I wondered what I have done to myself to deserve this.”

Bhuveneshwari and Sreesanth welcomed their second child, a little baby boy in Mumbai on November 22, 2016. Sreesanth announced his son's arrival on Twitter: 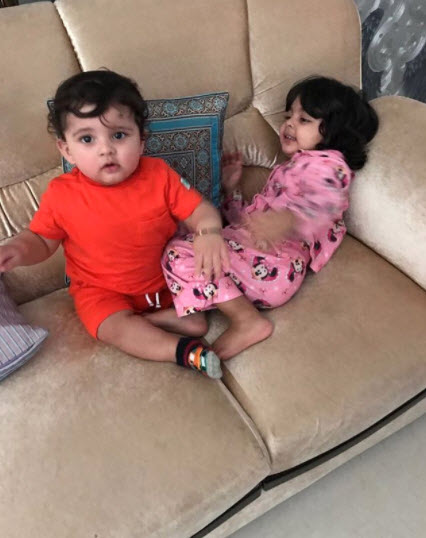 Indian cricketer Harbhajan Singh and Bollywood beauty Geeta Basra’s little angel was born on July 27, 2016. Harbhajan and Geeta named their daughter, Hinaya Heer Plaha. Hinaya was born in London, which is Geeta’s hometown. Hinaya is seen accompanying her parents on outings and this cute little kid is clicked by paparazzi often. Geeta and Harbhajan love sharing Hinaya’s pictures on their Instagram accounts.

Also Read: 5 Adorable Moments Of Harbhajan Singh And Geeta Basra That Prove They Were Meant To Be Together 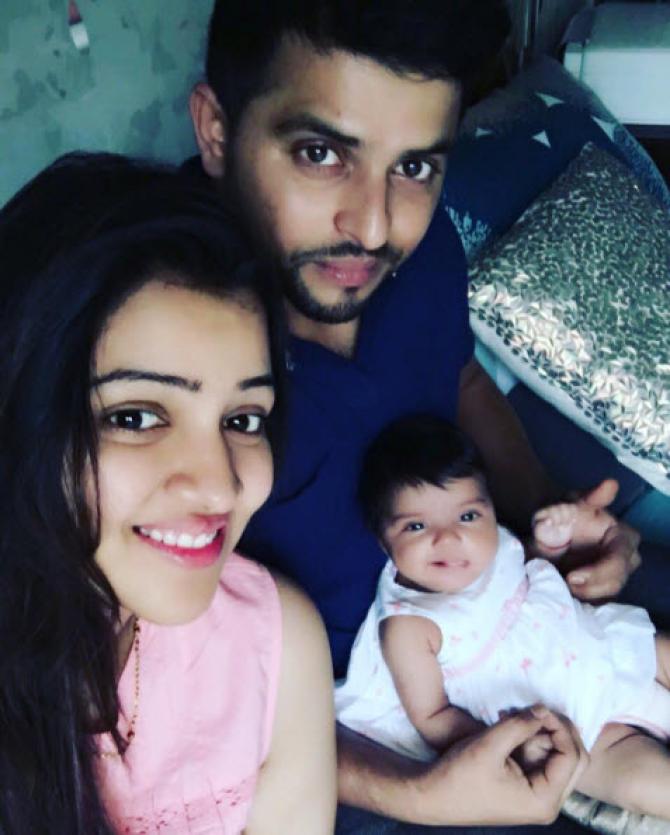 Suresh Raina got married to his childhood sweetheart, Priyanka Chaudhary on April 3, 2015. Suresh and Priyanka welcomed their daughter on May 13, 2016. They named their daughter, Gracia Raina. Suresh has proudly tattooed his daughter’s name on his left forearm. About the same, he said:

"I got this one inked in Holland when I was there for Gracia's birth in May. It was a great way to remember the moment forever. Ab toh kaafi time ho gaya hai, par kisi ne shayad dhyaan nahin diya, ya main public mein zyada aaya nahin." 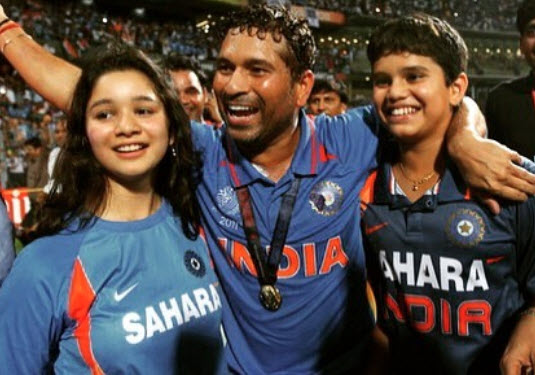 After dating for five years, God of Cricket, Sachin Tendulkar married Anjali, daughter of the well-known industrialist, Ashok Mehta, on May 24, 1995. Sachin and Anjali welcomed their baby girl on October 12, 1997, and they named her, Sara Tendulkar. The couple embraced parenthood again with a baby boy on September 24, 1999, whom they named, Arjun Tendulkar. Sourav Ganguly married his childhood love Dona Roy on February 1, 1997, in a formal wedding ceremony. Completing their family is their little daughter, Sana Ganguly. She is a grown up now and looks beautiful. Sana is active on her Instagram page and she loves posting pictures of her and her family. 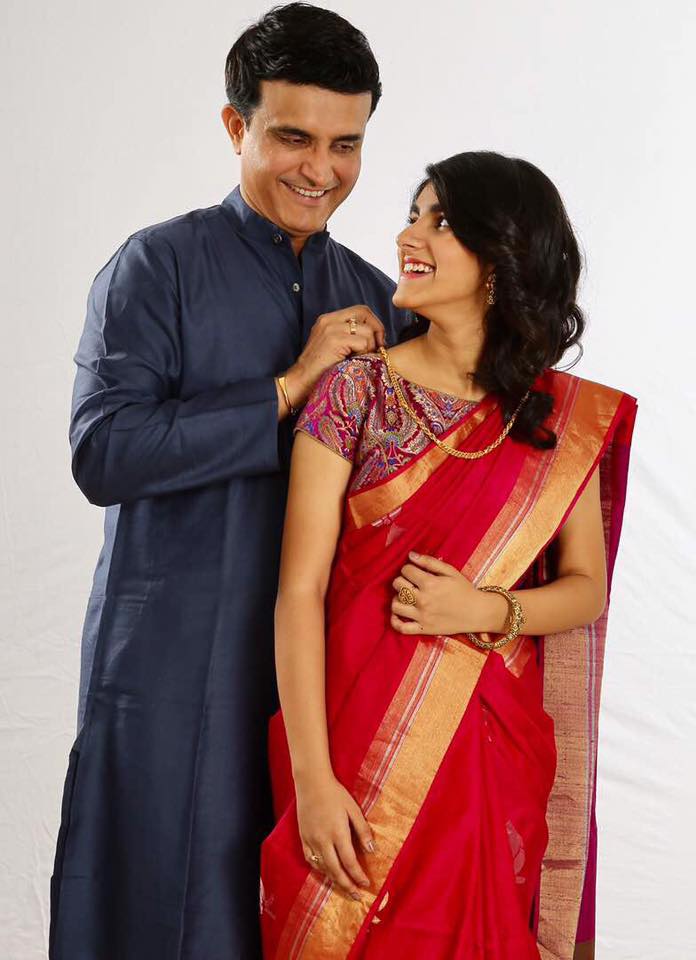 All this adorable-ness just got us overwhelmed. While every child is unique, we cannot deny the cuteness that these children have in their genes. Who do you think is the most “aww-inducing” out of these? Do let us know in the comments section below.

Next Read: 10 Celeb Kids Who Are A Carbon Copy Of Their Parents, Childhood Pictures Prove

Anushka Sharma Turns Into A Complete Child As She Goes On A Play Date With Her Daughter, Vamika 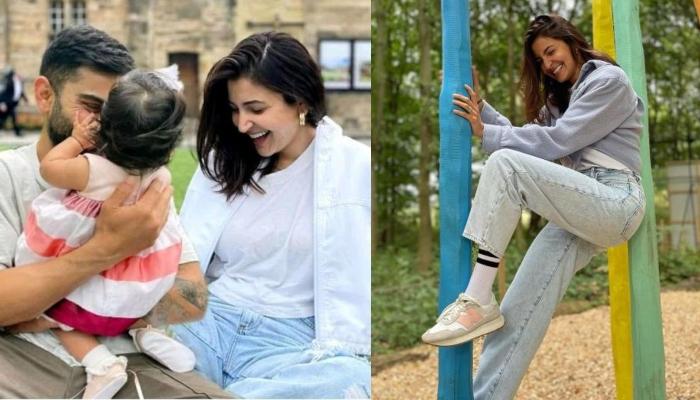 Bollywood actress, Anushka Sharma is loved for her outstanding acting skills, quirky fashion picks and charming personality. Apart from this, she is also a loving wife to her darling cricketer-husband, Virat Kohli and a doting mommy to their little girl, Vamika Kohli Sharma. Ever since Vamika's birth, the couple hasn't revealed their baby's face