Shikhar Dhawan is one name that needs no introduction. With numerous brilliant knocks in all forms of cricket, he has garnered a huge fan following. And with those looks to die for, the “moustache man” of the Indian cricket team has a big female fan following as well.

#1. Not a biological parent, but surely an awesome dad 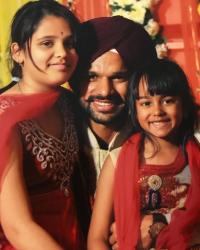 Many of you might not know that Shikhar’s wife, Ayesha is around 10 years older than him. She was earlier married to an Australian businessman and has two daughters from her previous marriage, Rhea and Aliyah. Interestingly, the age gap between the cricketer and Ayesha’s elder daughter is around 15 years only. But that did not stop the young man from accepting them as his own kids. He shares a great rapport with both his daughters and they love him back as much as he does.

In fact, Shikhar was once asked in an interview about the difficulties he faced while getting along with both the kids, and here is what he said:

Wow, very few men in our society would think like that!

And for the uninitiated, Shikhar and Ayesha have a son together, whom they have named Zorawar.

Also Read: 7 Bollywood Celebs Who Are Parents To Adopted Kids

#2. Wishing the special women in his life in a special way 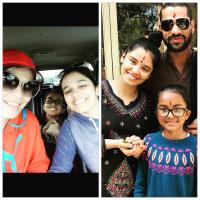 On Women’s Day 2017, Shikhar posted this adorable picture of himself with these lovely ladies, wishing them on the occasion. What caught our attention was the caption that he’d put along with this picture. Apart from wishing his girlies, he also mentioned this:

“If You Have Openness In Your Mind, You can Always Learn So Much From Your Wife Or Kids.”

Quite thoughtful, we must say!

Don't Miss: 4 Times Shah Rukh Khan Proved Why He Is The Best Father

#3. When the proud daddy flaunted his daughter’s special skills 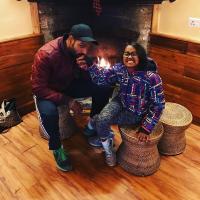 Nothing can match the shine that is there in a dad’s eyes when he sees his kids learning new things and doing well in life. Shikhar being no different, felt the same when he saw his younger daughter acquiring some amazing gymnastic skills. And the proud daddy made sure that the world gets to know how good a gymnast his daughter is. So, he posted this video of his princess:

And the caption along with the picture read:

“Amazed by my daughter gymnastic skills. Always proud of my princess#proud father.”

Well, the doting daddy could not help sharing one more video of his little lady's special skills:

#4. Simple yet love-filled moments with your kids matter the most 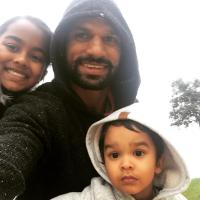 Looks like Shikhar Dhawan is a firm believer of the saying, “Happiness lies in the little things”. No matter how successful do you get in life, there is nothing that can ever match the pleasure of spending quality time with your loved ones. And, Shikhar makes sure he gets that quality time with his kids despite his busy schedule. Be it taking his kids for a ride to the park, getting them involved in fun activities, having a meal with them together or anything else, the cricketer does not miss a single chance to have some happy moments with his little ones. 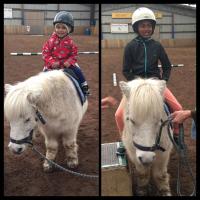 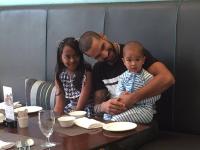 Shikhar surely knows how to pamper his kids in the best way possible, and looks like there’s a lot that Indian men can learn from this gentleman. So ladies, do you have someone in mind who should take a lesson or two from this man? Then don’t forget to share this with him! 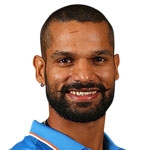