Bollywood has some of the cutest and most gorgeous star kids in the world. We have all gushed over their smiles and impeccable style.

Recommended Read: 22 Celeb Couples Who Became Proud Parents To Their Little Munchkins In 2017

If there is one thing that we admire the most about them, it is their looks which they take after their parents. Here are some celeb kids who look exactly like their parents' childhood pictures. 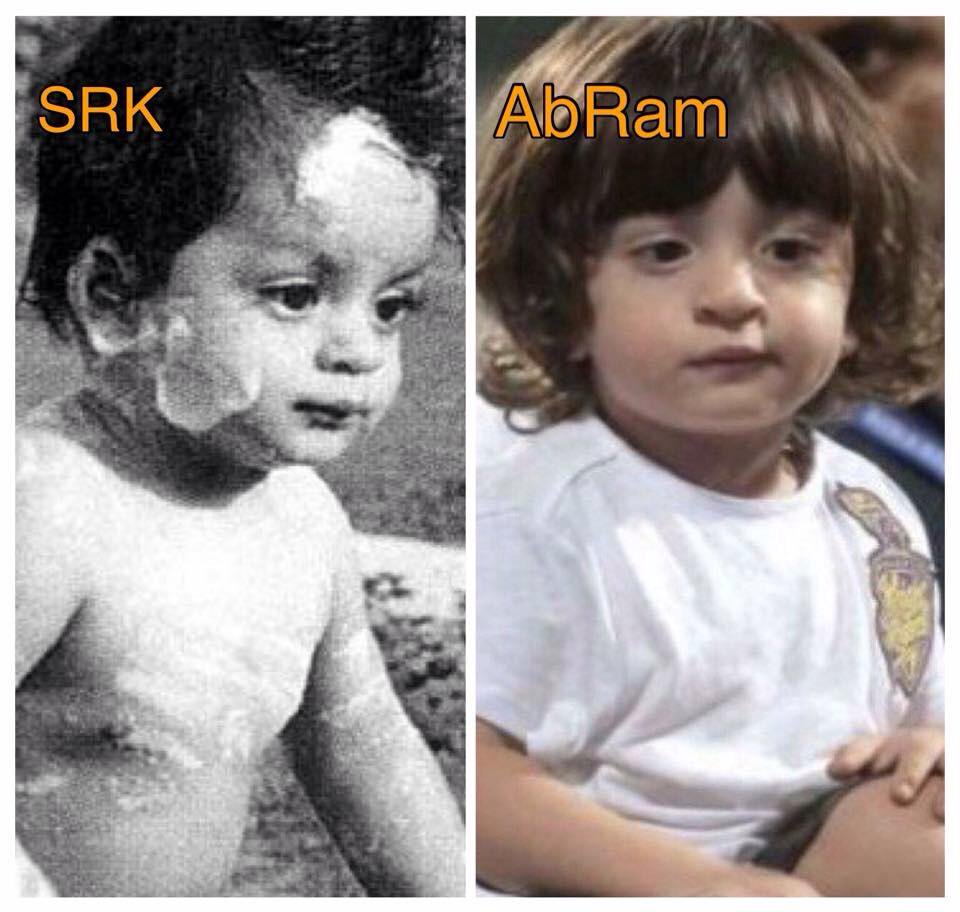 AbRam Khan is one of the cutest and active kids on the block. He accompanies his superstar dad, Shah Rukh, everywhere. Compare their childhood pictures and you will see that the resemblance is uncanny. He also inherited his father's best feature, dimples! 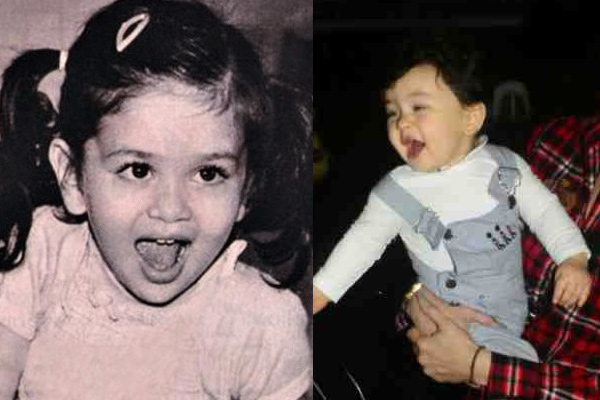 The cutest bundle of joy, Taimur, the little prince, looks like a carbon copy of his mommy dear. Both Kareena and Taimur were born with those snow white fluffy cheeks, rose pink lips and hypnotic blue eyes. Chote Nawab has recently turned one.

Also Read: This Newborn Celeb Baby's Parents Dress Him Up As Different Characters And Pictures Are Aww-dorable 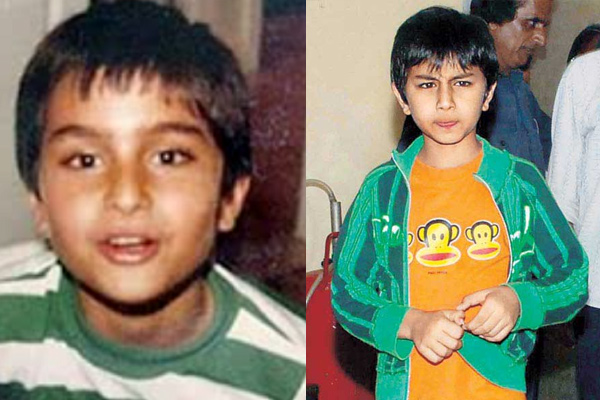 Not just Taimur but Ibrahim also takes from his parents. He looks a lot like his father, Saif Ali Khan, Nawab of Pataudi. First as a kid and now as a grown-up, Ibrahim still looks like his father. The oldest kid of the Pataudi family, Sara Ali Khan's childhood picture look exactly like that of Amrita Singh's. Just like her mother, Sara has grown into a talented and pretty girl who will soon be seen in the movie, Kedarnath.

Also Read: Famous TV And Bollywood Celebs Whose Kids' Names Are A Mixture Of Their Own Names Aaradhya Bachchan surely is the apple of the eye at the Bachchan residence. She often accompanies her mom at various award shows. Her mother, Aishwarya Rai Bachchan, is still considered to be the most beautiful Miss World ever. Looking at the similarities in the childhood pictures of this mother-daughter duo, we are sure that Aaradhya will be no less. 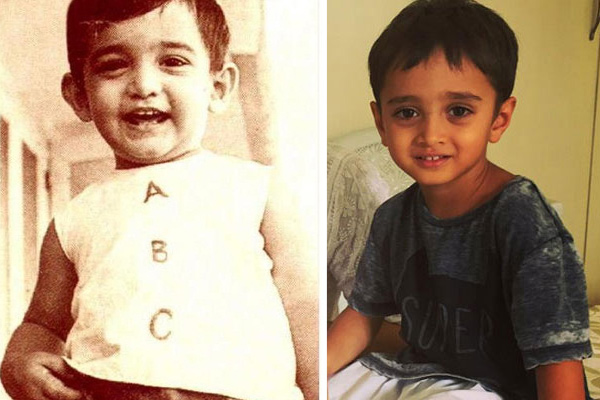 Also Read: 11 Famous Celebrities Who Are Parents To Adopted Kids 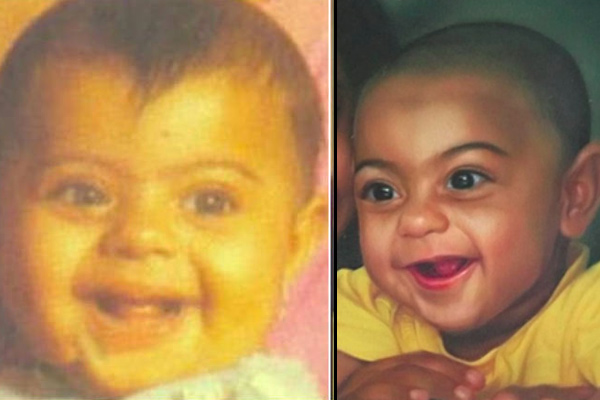 Kajol and Ajay Devgn's little boy, Yug, was born with his mother's strong eyebrows. Yug inherited Kajol's bold features and smile. Their childhood photos look so similar that one would need to be convinced that they belong to different babies of different generations. 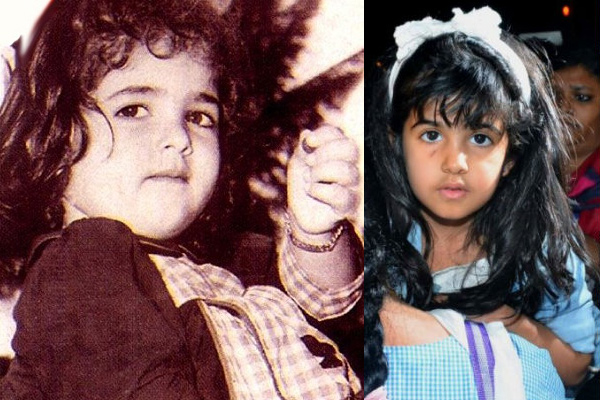 Akshay Kumar and Twinkle Khanna's daughter, Nitara, is seen spending a lot of quality time with her father but it is her mother that she resembles. You can clearly see young Twinkle Khanna in Nitara's face, especially her eyes. 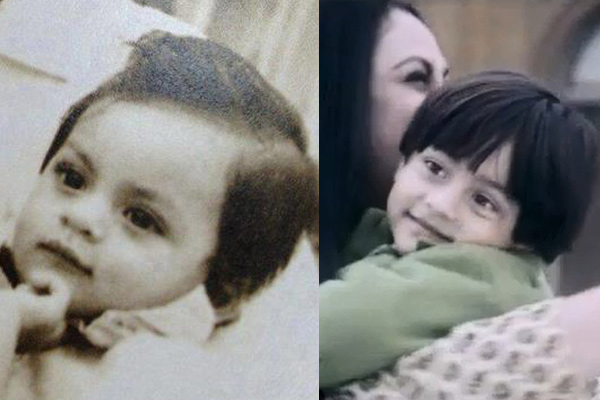 One cannot skip Badshah's eldest son when the list is about celeb kids who resemble their parents. Pick any of Aryan and Shah Rukh's childhood photographs and you will end up scratching your head but won't be able to guess who is who. They are often seen setting some father-son twining goals! 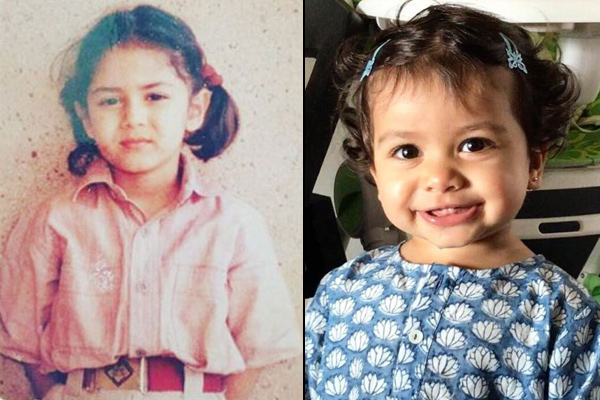 We can't help but notice the significant resemblance Mira Kapoor and her little tiny tot, Misha. She looks like Mira's mini-me and now we know where Misha is getting her good looks and cuteness from. We are sure that Misha will grow up to be as gorgeous as her mom. Like mother, like daughter!

These Bollywood babies inherited some fine genes. We hope that they have inherited their parents' talent too. We are sure to see some amazing star kids on the big screen in future.

Next Read: 12 Famous Bollywood Star Kids Who Are Ruling The Internet Like How