Women In Jeetendra's Life: Once He Almost Got Married To Hema Malini, Also Had A Fling With Sridevi

Women In Jeetendra's Life: Once He Almost Got Married To Hema Malini, Also Had A Fling With Sridevi

Bollywood superstars, no matter how faithful they remain with their wives, can’t help but get linked up with the leading ladies of the industry. Such is the case with Jeetu ji. Yes, we’re talking about yesteryear’s superstar, Jeetendra.

When The 'Himmatwala' Actor, Jeetendra Called Sridevi And Jaya Prada His 'Bread And Butter'

Jeetendra Recalls How He Narrowly Escaped Death, Reveals Wife, Shobha Saved Him From A Plane Crash

Even though he might have been in love with his wife, Shobha, he was constantly linked up or was rumoured to be dating one actress or the other. From Hema Malini to Jaya Prada, Jeetendra was definitely the ladies’ man. Let’s unravel the women in Jeetendra’s life:

Shobha, whom he eventually married 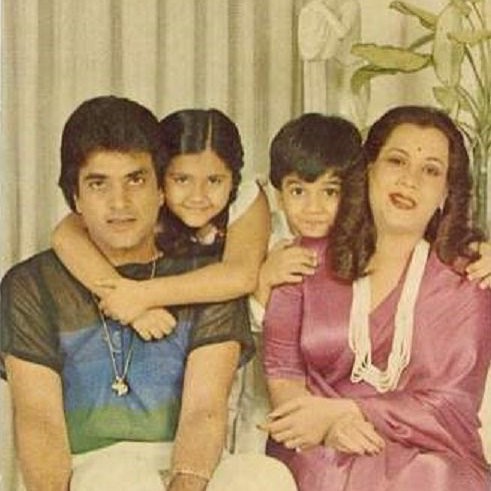 Born as Ravi Kapoor, it was a chance meeting on Marine Drive when he was 14. Yes, he first saw his future wife then and started throwing peanuts at her. Cupid didn’t strike the teen lads then but by the time they were merely 16, they were going steady. Eventually, they started seeing each other more often, and by the time, Shobha was in college, Ravi (now Jeetendra) had already made a name for himself in Bollywood.

However, the stardom bought young Jeetendra to be linked up with many ladies. Shobha had, by then, joined British Airways, and each time she would land in India, she would be welcomed with some news of Jeetendra’s affairs. But each time, the actor would pacify her and would take her for long drives. 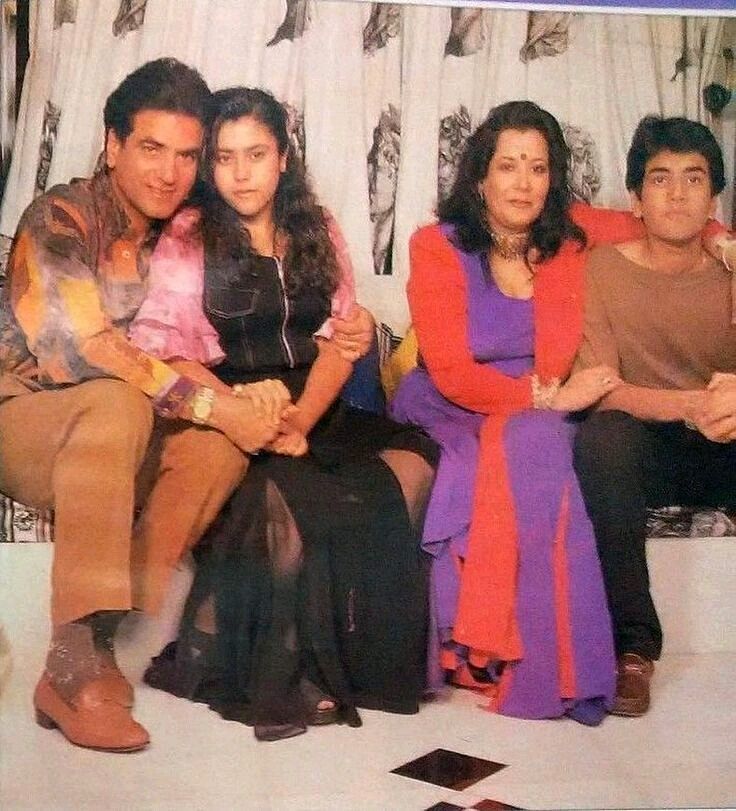 Despite the link-ups, Jeetendra was determined to marry Shobha and the couple had set April 13, 1973, as their wedding date. But two days before the wedding, Jeetendra’s father fell ill and had to be admitted to a hospital immediately. Their marriage was called off and that depressed Shobha immensely as she had left her job to become Ms Jeetendra Kapoor. The next few years were even more difficult for the couple as Jeetendra’s films started hitting low figures at the box-office. And then came his super hit film, Bidaai. Jeetu ji had promised Shobha that if Bidaai turned out to be a hit, he would marry her. 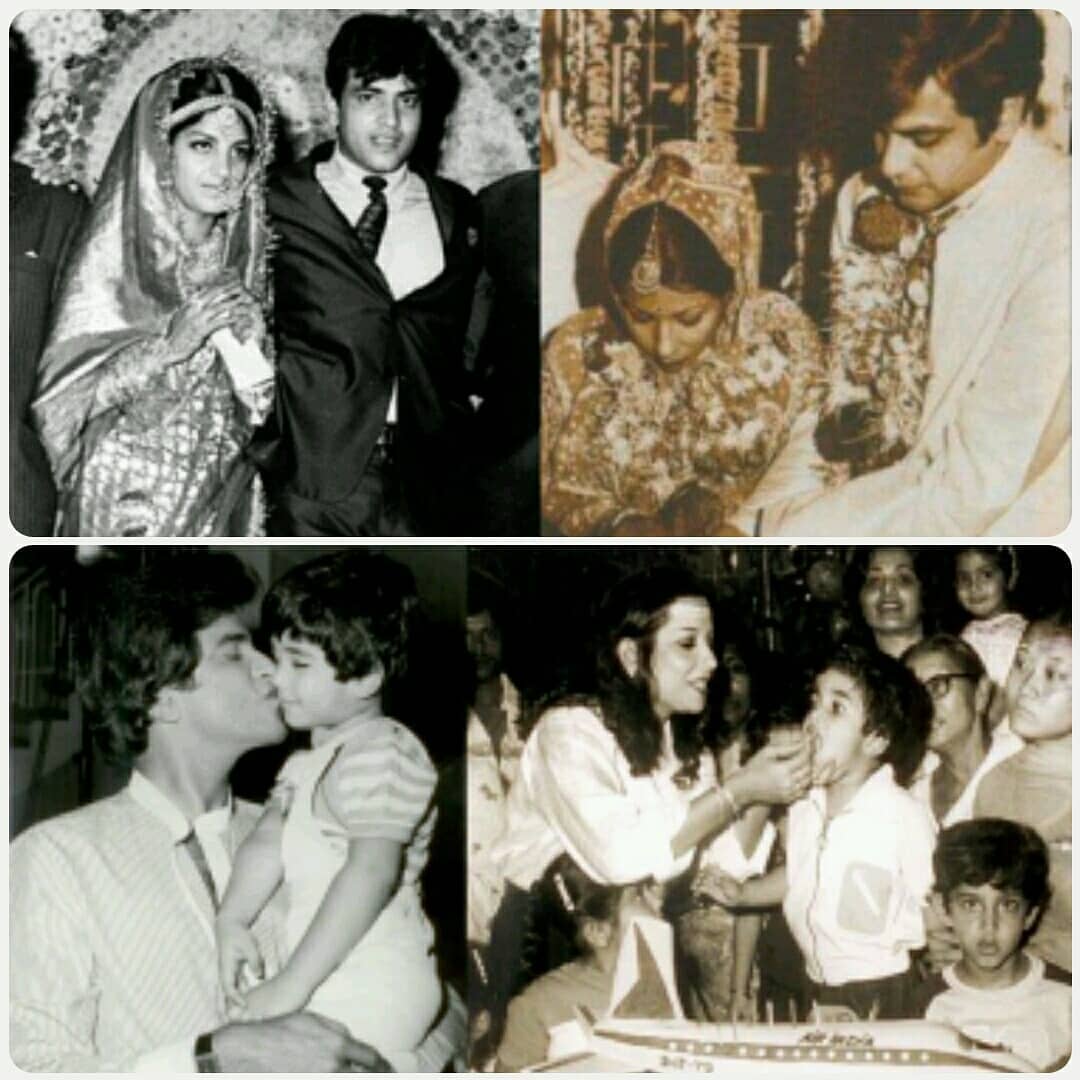 And finally, on October 31, 1974, Jeetendra informed his parents that he is going to marry Shobha the same day. His parents insisted him to wait another week so that a lavish wedding could be organised but due to the fear of any more delay, Jeetu ji didn’t budge. Even Shobha’s mother was in Japan then. Finally, in the evening, Shobha happily became, Shobha Kapoor.

Don't Miss: After Linkups With Five Women, Karan Patel Found The Love Of His Life In An 'Hour And A Half' Meet

Hema Malini, the one he almost married 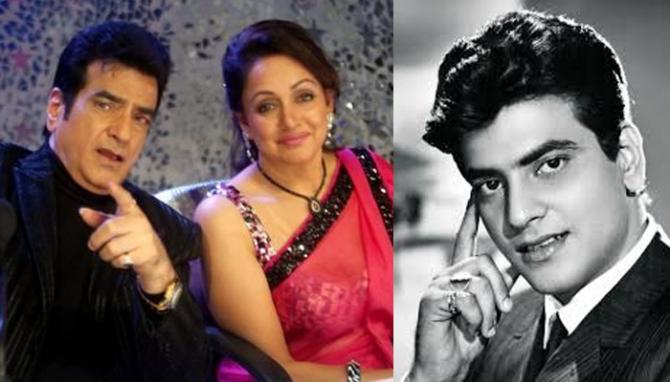 After too much chaos, Hema Malini and Jeetendra decided to get married, and in fact, they almost got married as well. Had it not been for a drunk, Dharmendra to arrive at their wedding venue, perhaps today Hema ji and Jeetu ji would have been spouse to each other. Read the full story here.

Sridevi, the link-up which created an uproar 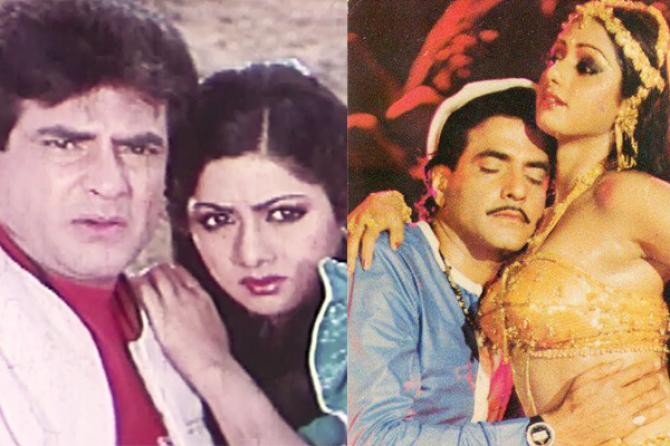 In his career, there came a point when Jeetendra started doing many South Indian films. And that’s when he met Sridevi. The actor bought Sridevi to Mumbai with her to promote her as an actress, but soon the media started reporting about their alleged affair. In fact, the two even acted in many movies together but Jeetu ji wanted to clear the rumours as he was already by then and even had two kids- Ekta Kapoor and Tusshar Kapoor. Hence, he arranged for a photoshoot in his house.

This infuriated Shobha a lot, to the point that she hosted Sridevi very coldly. Shobha, later, threatened Jeetendra that if he didn’t end his friendship with Sri, she would leave the house with the kids. Ekta Kapoor, much later, confessed about the fiasco and said that children in her school would ask her the question:

“So your father's having an affair with Sridevi?”.

And she would reply back:

“Yeah, my father is! But your father can only dream about it”.

Eventually, Jeetendra realised that the whole thing was affecting his family a lot, and hence he quit his friendship with Sridevi. The rumours soon died away. 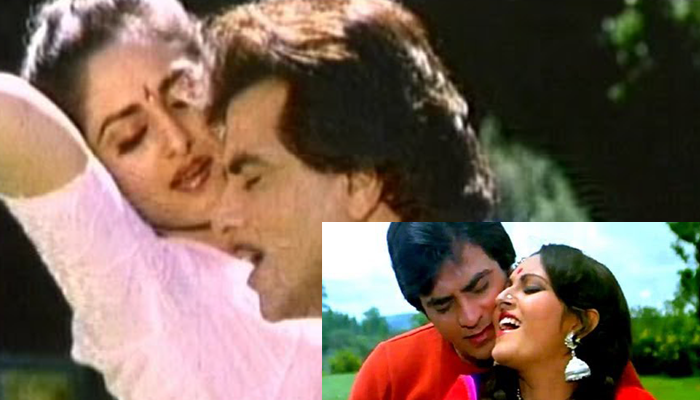 Jeetendra’s fling with Jaya Prada was mostly rumoured. She was another actress from down South whom Jeetu ji started promoting in Bollywood. Some say, he did so only to prove to Sridevi that he can make anyone a star. Few have alleged that Jaya Prada was all crazy for him but Jeetendra was not at all serious about her.

And then came the 1983 Hindi film, Mawaali which starred Jeetendra, Sridevi and Jaya Prada, all three together. Even though the film turned out to be a huge hit, it was reported back then that Sridevi and Jaya would hate the sight of each other off the sets when not acting.

So, these were the women in Jeetendra’s life. From link-ups to leading ladies to troubles in marriage, this superstar has seen it all. But what matters is that he remained faithful to Shobha Kapoor, his wife, throughout his journey. And hence, today he is a stable and happy marriage. What do you think, guys?

When The 'Himmatwala' Actor, Jeetendra Called Sridevi And Jaya Prada His 'Bread And Butter'

Jeetendra Recalls How He Narrowly Escaped Death, Reveals Wife, Shobha Saved Him From A Plane Crash