Sanjay Dutt's charismatic personality has always been irresistible and it is one of the major reasons for his linkups. Let's take a look at the women in his life.

Born into a Punjabi family to superstar parents and veteran actors, Sunil Dutt and Nargis Dutt, Sanjay Dutt was born with a silver spoon. His debut movie Rocky, released in 1981, was a box office hit and he became an overnight sensation especially among females. Many leading actresses of his movies fell for his charm. No wonder, this actor had many love affairs in his young days. In fact, his life has always been in the limelight due to his affairs, drug addiction, arms and weapon case and jail term. But despite all the ups and downs, Sanjay has always emerged as a winner in every way.

After a number of affairs and two failed marriages, Sanjay Dutt is happily married to actress, Maanayata Dutt. He has a daughter from his first marriage and twins from his current marriage. Today we will take a look at Sanjay Dutt’s affairs, which made him the talk of the town in his early acting days. Sanjay Dutt and Tina Munim were childhood friends and soon their friendship had turned into love. It was during Sanjay’s debut movie, Rocky opposite Tina when their relationship had become stronger and the two had fallen in love. But their affair could not last forever. Tina left Sanjay due to his destructive drinking habit and apparently for a much older actor, Rajesh Khanna. 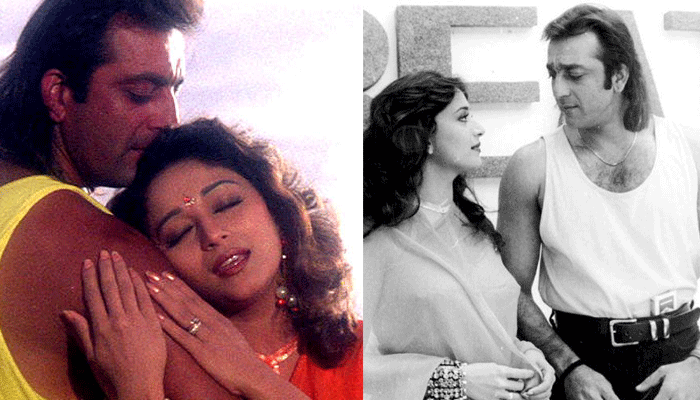 Sanjay Dutt and Madhuri Dixit’s affair was a hot topic back in the '90s. According to reports, the duo had fallen in love while shooting for Saajan in 1991 and they both were planning to get hitched but unfortunately, Sanjay’s TADA arrest in 1993 had ended their relationship. However, Sanjay has always denied being in a relationship with Madhuri. No one knows how Sanjay and Nadia had first met, but allegedly Sanjay had an affair with Nadia before and even after his marriage to Rhea Pillai. It was reported that while shooting for Kaante, when an obsessed Nadia had reached the sets in the US, to meet Sanjay, things went out of hand and Rhea had decided to part ways with Sanjay. But a few months down the line, Nadia too left Sanjay just as mysteriously as she entered his life. 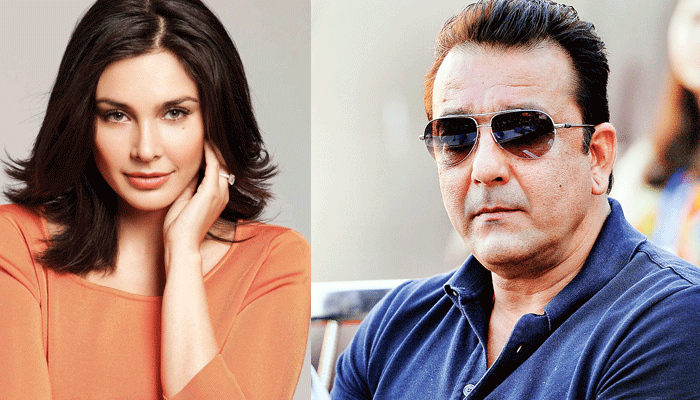 When Sanjay Dutt was going through a tough phase, both personally and professionally, he had found solace in actress, Lisa Ray. But their story was short lived and after a brief period of being together, they had parted ways. However, Lisa has always denied being in a romantic relationship with Sanjay. 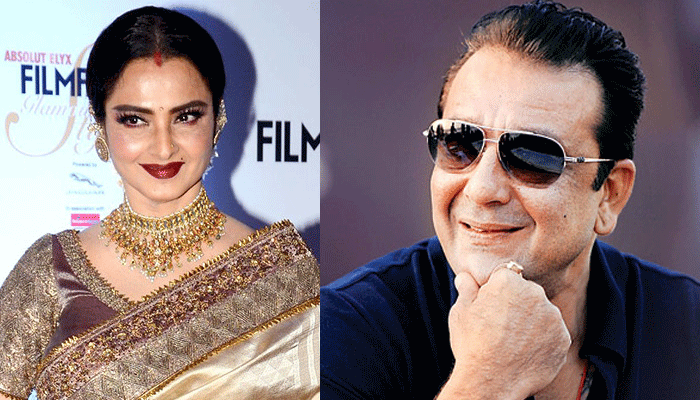 The news that Sanjay Dutt was dating his much older co-star, Rekha had surfaced while they were shooting for a movie together. In fact, it was even reported that the couple had fled and had gotten married secretly. However, Yasser Usman, the author of the actress’ biography, Rekha – The Untold Story, has denied such happening.

“Rekha and Sanjay Dutt were working in a film together, probably Zameen Aasmaan (1984). The rumors of their affair surfaced at that time. In fact, some went on to say that they got married. These rumors became so strong that Sanjay Dutt had to deny the allegations in a magazine. It was an official denial.”

Other than these ladies, Sanjay was also apparently involved with Kimi Katkar and Rati Agnihotri, but only for a short while. Talking about his playboy image during his younger days, the actor had admitted that he had been in more than one relationship once but was never caught as he had managed things well:

“I was in three relationships at one point of time… You need to be clever... one shouldn't know what is happening with the other.”

How many times Sanjay Dutt got married? 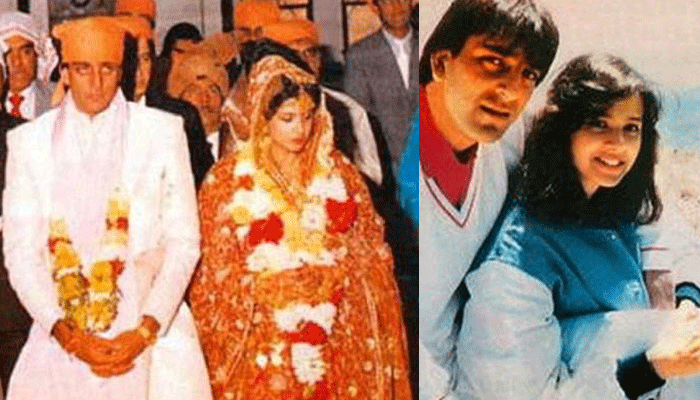 Sanjay was introduced to Richa at the muhurat of one of their films. The actor already had a huge crush on Richa ever since he saw her picture in a local magazine. While shooting for their movie, Sanjay had somehow managed to get her telephone number and started calling her and had asked Richa for a date but she had kept refusing. But one day, she had finally agreed to go on a date and thus began their romance.

Also Read: On Sanjay Dutt's First Birthday After He Was Released From Jail, Manyata Gifted Him This Luxury Car

Sanjay had finally proposed Richa when she was shooting Aag Hi Aag (1987) in Ooty. The actress was confused and had told him that she would think about it. But Sanjay plagued her with calls in Ooty till she said yes. Finally, the couple had gotten married in 1987 and had become parents to a beautiful baby girl, Trishala. But soon, Richa was diagnosed with a terminal illness of brain tumour and had moved to the US for treatment. It was sometime after that when Sanjay’s affair with Madhuri Dixit had started doing the rounds. On December 10, 1996, Richa had taken her last breath in New York at her parents’ home. There were many stories that Richa's terminal illness was the reason behind their divorce. In a throwback interview in 1993 with Movie magazine, Sanjay had blamed Richa's family for their divorce. Talking about the same, he had stated:

“My marriage with Richa is over. We cannot get back together again. I've got nothing against Richa but her parents have damaged our lives. They interfered too much. They have hurled so many accusations at me. Basically, it's her (Richa) sister, who's doing all the talking and has created a lot of bad blood between us. So, it's a problem between a husband and a wife. If there have to be some compromises, it has to be between Richa and me. Who the hell is she to interfere?” After Richa’s death, Sanjay Dutt had started fallen in love with socialite and model, Rhea Pillai and they got married in February 1998. But this time too his relationship could not survive and after living separately for a few years, the couple had filed for divorce in 2005 which was finalised in 2008. Apparently, they both were in extra-marital relationships when the divorce came through.

Don't Miss: Karisma Kapoor Was About To Become A Bachchan 'Bahu' But Ended Up Becoming Sanjay Kapur's 2nd Wife Sanjay was very much in love with his second wife, Rhea Pillai but it was reported that Rhea had cheated on Sanjay with tennis star, Leander Paes. It is believed that Sanjay was not at fault in this relationship, but poor Sanju baba had suffered the most. After Sanjay Dutt’s divorce with Rhea Pillai, as alimony, he had given her a sea-facing luxury apartment along with an expensive car. He had even taken care of her bills for a very long time. Rumours had it that Sanjay had met Manyata when he was romantically linked with Nadia Durrani. He was attracted towards Maanayata, who was then known as Dilnawaz Shaikh, for her easy going and humble nature. Sanjay had fallen in love with Maanayata and after two years of courtship, the actor married for the third time on February 7, 2008. And after two years of marriage, on October 21, 2010, the couple had welcomed their twins, Shahraan Dutt and Iqra Dutt

Maanayata Dutt is Sanjay Dutt’s biggest strength. In an interview with a leading portal, Sanjay Dutt had once said:

“Maanayata is not my 'better' half but my 'best' half. She is my strength. Whenever I fall down, she supports me. I believe she had suffered more than myself. Raising kids alone and realising each day what she had, I pray that nobody gets to suffer it anywhere.” Sanjay Dutt had begun his acting career as a child artist in Reshma Aur Shera and had gotten his first lead role in the film, Rocky, which was one of the highest grossing films of that time. Sanjay had proved his mettle in acting with movies like, Sadak, Vaastav: The Reality, Dushman, Kaante, Agneepath, Munna Bhai MBBS and many more. Apart from acting, Sanjay has also worked as a playback singer, voice narrator and television host. 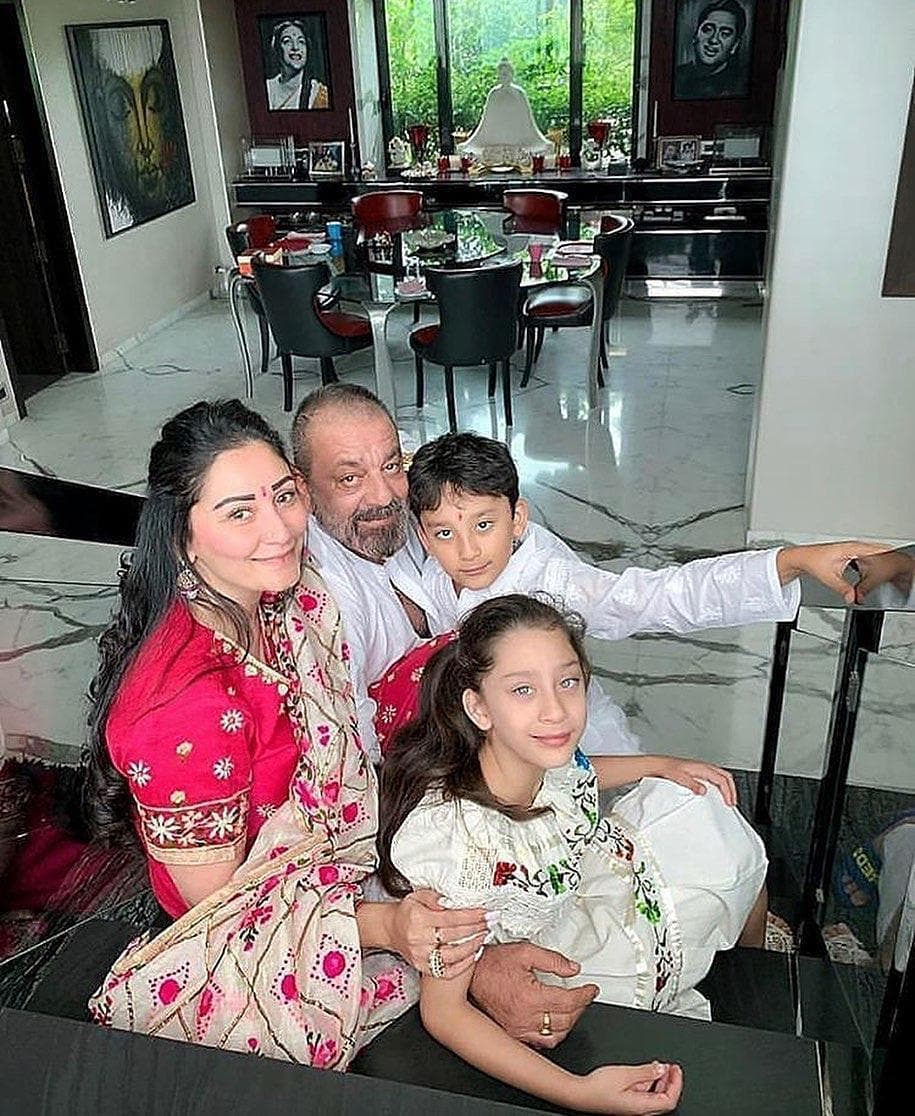 According to the reports, Sanjay Dutt’s total net worth is estimated to be 21 Million USD, which is approximately Rs 150 crores. A part of his income comes from brand endorsements for which he charges Rs 5-6 crores. Sanjay is always ahead when it comes to social causes and charity and is also one of the highest income tax payers in the country.

Sanjay Dutt might have had many affairs so far but at last, he found his soulmate in Maanayata, who stood by him through thick and thin like his strongest pillar of strength. And we wish the couple many more years of togetherness and happiness.