Virat Kohli and Anushka Sharma had celebrated their first Diwali at home post-wedding. In an unseen family picture, Virushka had posed with the Sharmas including his parents-in-law and brother-in-law.

When you are in an industry, where millions of people admire your work and you are an inspiration for them, it becomes difficult to keep your personal life away from the limelight as everyone wants to know everything about you. Striking a perfect balance between your professional and personal life, drawing the line where you would want to keep things away from the media scrutiny and limelight is a tough decision for a celebrity. But if there's one celebrity couple, who had always managed to maintain a healthy distance from the media, it is none other than everyone's favourite, Virat Kohli and Anushka Sharma or Virushka, as fans fondly call them.

From never officially accepting their love in media but never leaving a chance to appreciate or stand by each other in interviews, planning as well as executing a hush-hush wedding in Italy and announcing it with official pictures posted by them on their social media handles to keeping their pregnancy under wraps and even after welcoming their daughter in this world, managing to keep her guarded from the limelight; Virat Kohli and Anushka Sharma are perfect examples of how a celebrity can manage to keep their personal life private if they want. Virat and Anushka value their respective professions as much as they treasure their 'us time' and family moments. 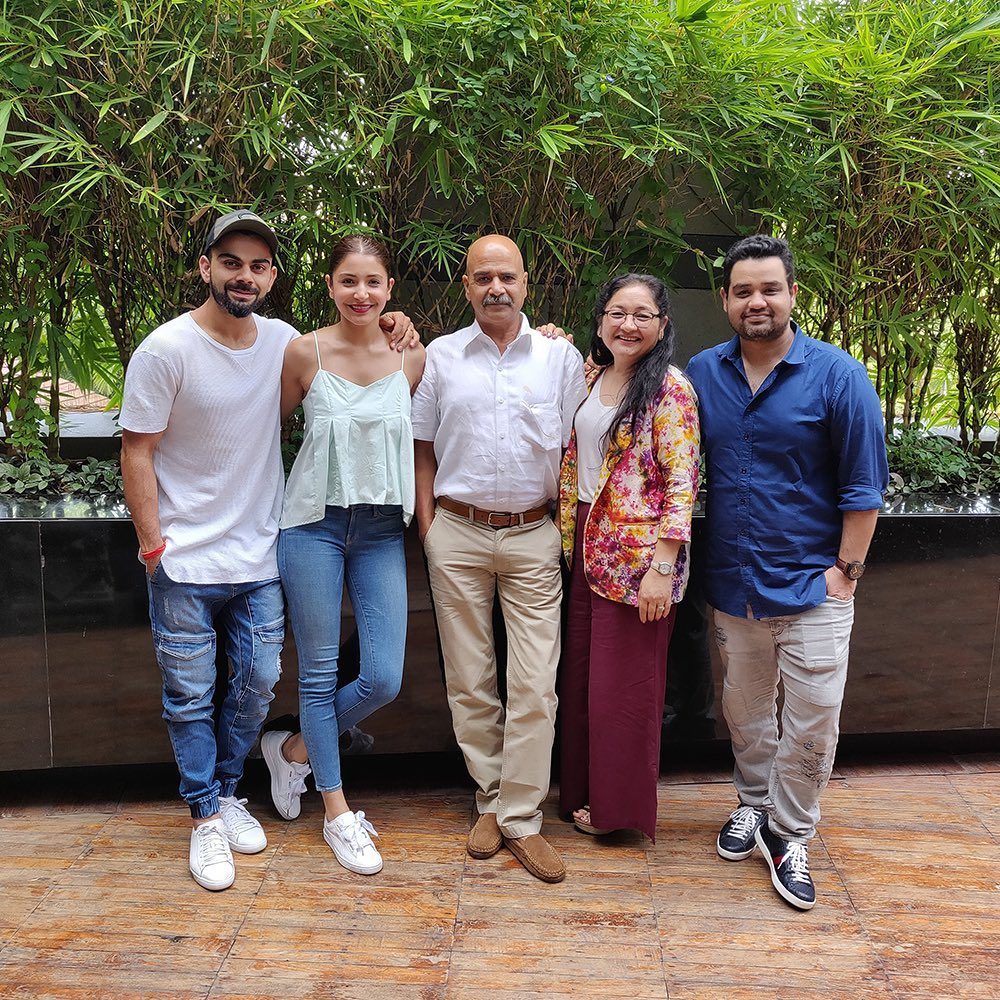 Scrolling through our social media feed, we stumbled upon a throwback family picture of Virat Kohli and Anushka Sharma, from their first Diwali celebrations at home post-wedding. In the happy family picture, Virat and Anushka had posed with the Sharmas including Ajay Kumar Sharma and Ashima Sharma, and her brother, Karnesh Sharma. For the Diwali celebrations, Anushka had opted a golden saree whereas Virat had twinned with his father-in-law and brother-in-law in white ensembles. Though we have gazillions of Virat Kohli and Anushka Sharma's couple moments, rarely we get to see them with their family, as the couple prefer to keep them away from the media glare. In an unseen throwback picture, posted by Anushka Sharma's brother, Karnesh Sharma, from Virushka's engagement ceremony, the Sharma family could be seen posing with the couple. Virat and Anushka happily posed with her parents and brother. In this picture too, Virat twinned with his father-in-law in black. 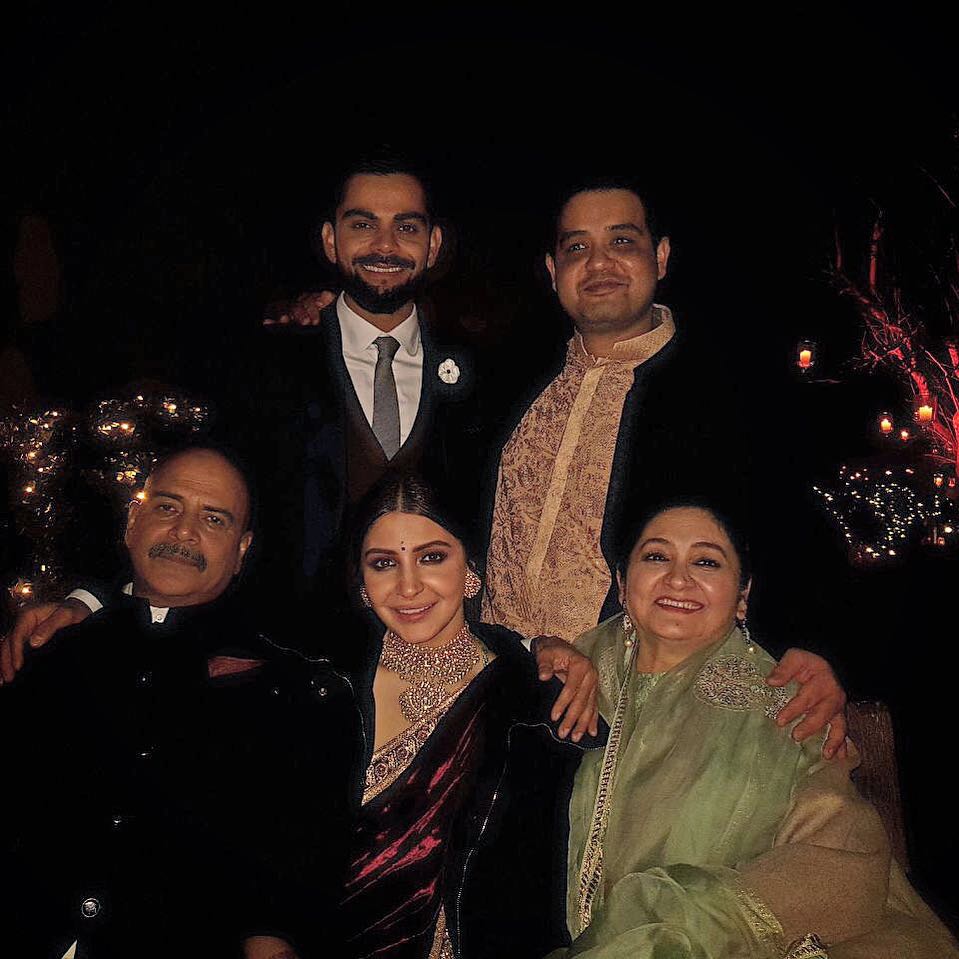 Now that Virat Kohli and Anushka Sharma have welcome a little angel in their lives, in an interview to the Vogue before her delivery, the 32-year-old actress had revealed that her parents are extremely honest and very hard-working, the attributes that her husband shares as well. On how they want to nurture their child and not raise brats, Anushka had clarified, "There are so many similarities in the way we are as people and the way we approach life. So, I do think that will work for us. I've been thinking about it before I even became a parent. Conditioning is the most important role in how we see the world. I come from a progressive background, so that will always be a part of our home. Love is the underlying factor in our home, and what's important to us is that our child be respectful of people. You have to create that value structure. We don't want to raise brats."

Anushka Sharma's Instagram handle or we can say, her childhood archive gives a glimpse of how she was as a child. One glimpse at Anushka's childhood pictures and you'll know that she was born to act and the humility she shows, is something she carries from her childhood. From being a curious, mad-happy child to mommy's poser daughter and daddy's little girl, the unseen and rare childhood pictures of Anushka prove that she was, is and will always be a 'star'. Here are some pictures from Anushka's childhood and early teens: 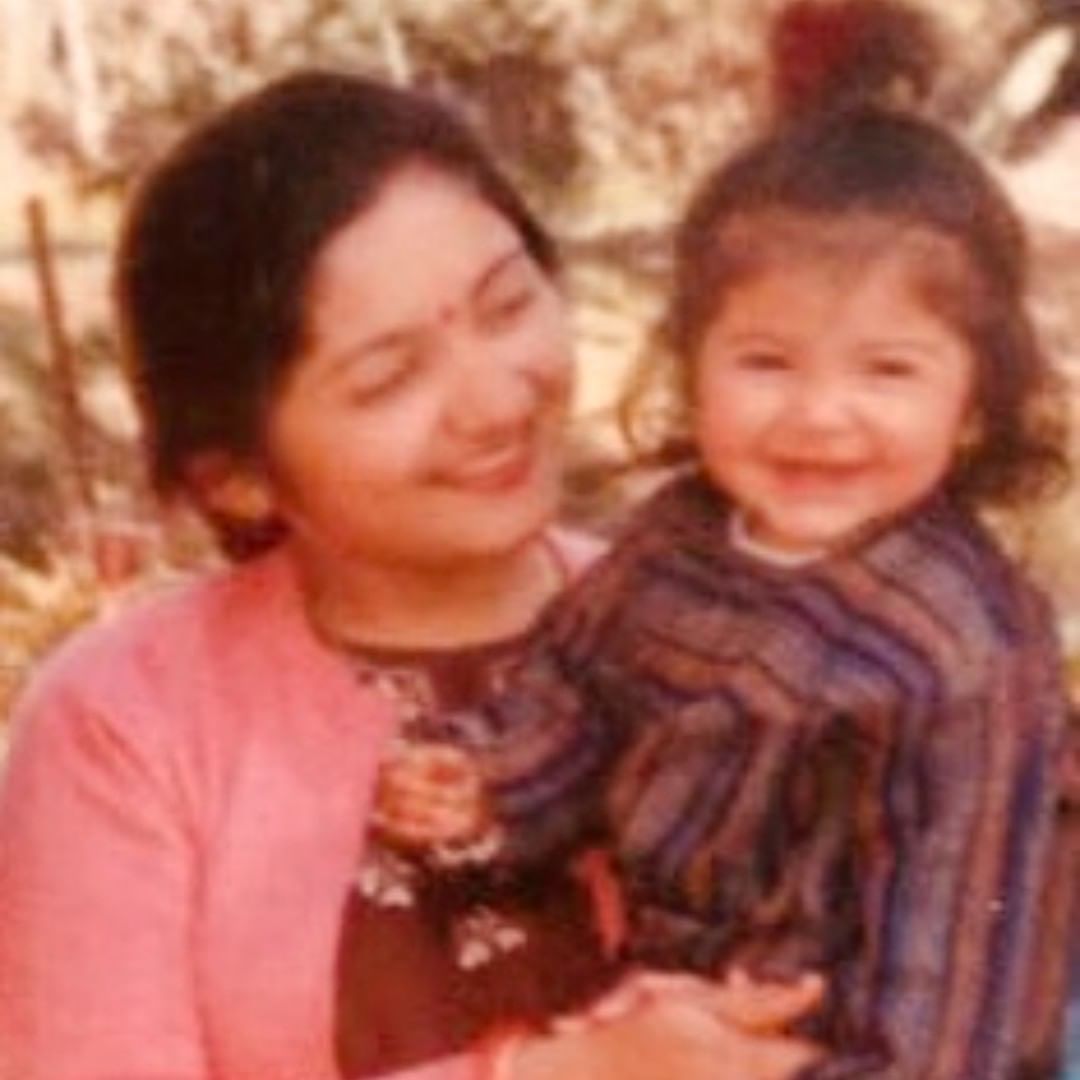 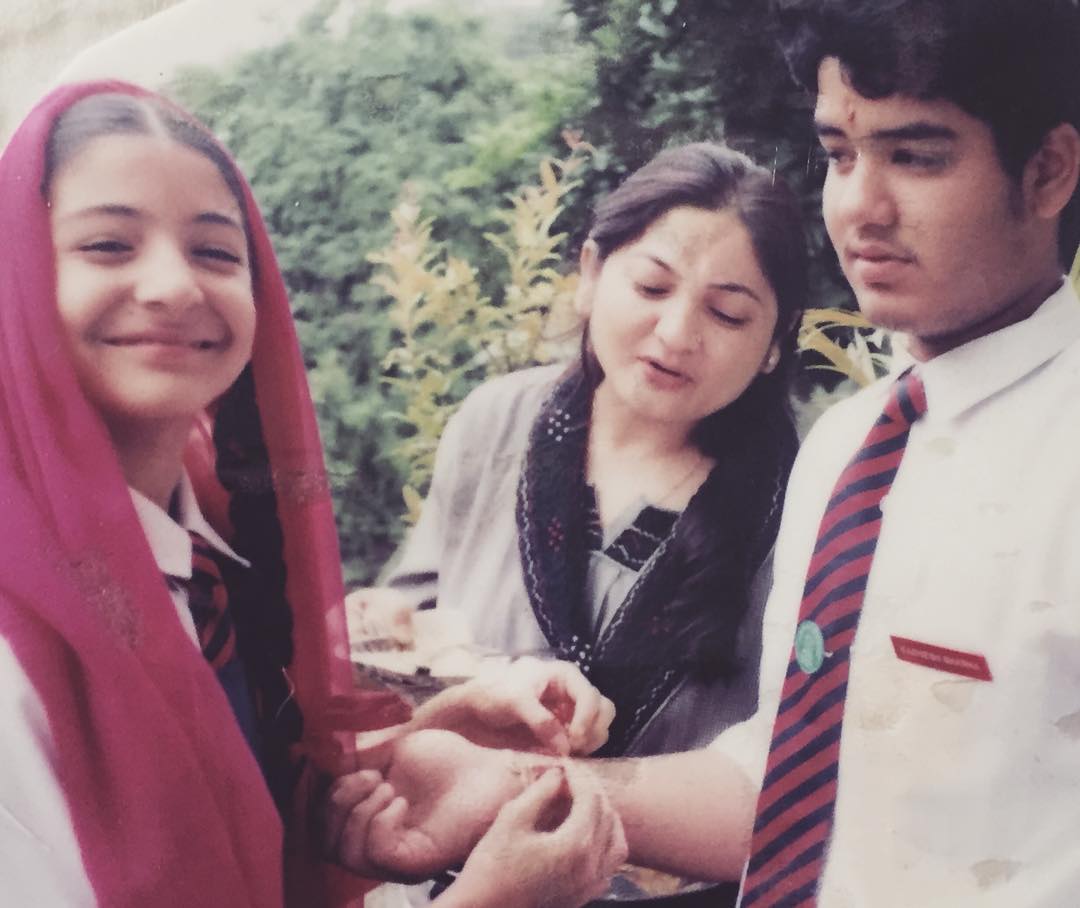 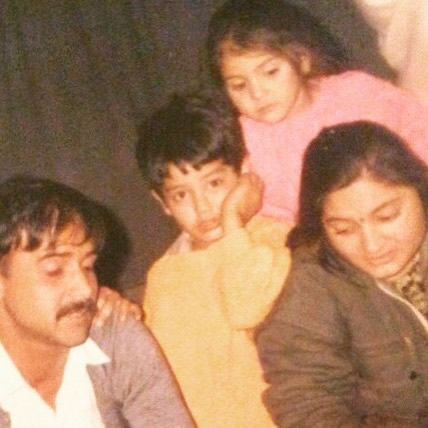 Virat Kohli and Anushka Sharma had tied the knot in 2017 and are proud parents to a baby girl, Vamika, whom they welcomed into their lives in January 2021.