The power couple, Virat Kohli and Anushka Sharma never leave a chance to flaunt their love for each other on their respective social media handles. Take a look at a recent post by Virat. 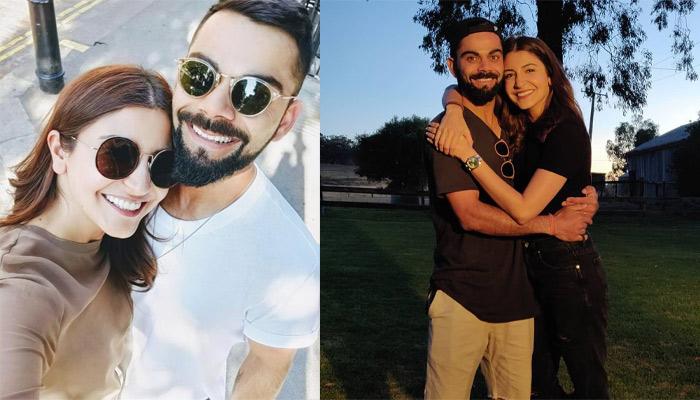 The love story of Indian cricket skipper Virat Kohli and actress, Anushka Sharma makes us believe that when you are in love, everything seems to be perfect and in sync. Though Virat is always busy travelling for his matches, it is his doting wife, Anushka who finds ways to spend time with her hubby dearest. We have, many a time, spotted Anushka travelling with Virat for his matches so that the two can spend more and more time together.

Virat Kohli and Anushka Sharma never leave a chance to spend some time together. A few days back, Virat and Anushka were vacationing in West Indies and were exploring its beaches. The head-over-heels in love couple had taken to their respective Instagram handles and had shared pictures from their mini-vacation. On September 11, 2019, Virat had taken to his Instagram handle and had shared a sizzling picture from their beachy getaway. The picture had Virat lying on Anushka’s lap, which he had captioned with red heart emojis. Take a look at the mushy picture: (Recommended Read: Ssmilly Suri Reveals That She Is Ready To Start Her Life After Divorce With Vineet Bangera) 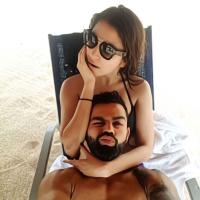 Virat Kohli and Anushka Sharma love to share pictures of each other with adorable captions and pictures from their vacations with their fans through their respective social media handles. Today, on September 16, 2019, Virat took to his Instagram handle and shared a picture of himself, busy in his thoughts and captioned it as “Caught in the moment,” and gave the picture credits to his wifey, Anushka. What caught our attention more then the picture was the t-shirt that Virat was wearing. He was looking dapper in his white t-shirt with the initial 'A' on it, signifying his wife, Anushka's name. Anushka replied to the post with a heart emoji. Take a look at the adorable picture: 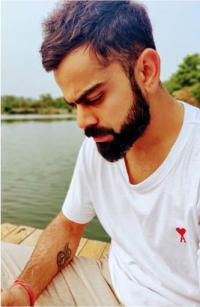 Virat Kohli and Anushka Sharma had tied the knot in a dreamy wedding in 2017 in Italy. Like their relationship, they had also kept their wedding a secret. The madly-in-love couple is enjoying their married life and never leaves a chance to praise one another. Talking about Anushka and how his life changed after meeting her, Virat had once stated, “That has been the most strong factor in my life to change the way I was. Before I was too intense in life and she (Anushka Sharma) always keeps me motivated, positive but at the same time we spend quality time with each other and totally get away from the game and that's the most important thing. I think I couldn't have been luckier to have someone like that who can understand my mindset being in that position herself. I look forward to spending time with her and that's how I switch off.” 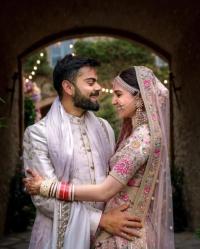 Ever since Virat Kohli and Anushka Sharma’s wedding, the two have been inseparable. Spending time with each other becomes a little difficult when you are in a profession which requires a lot of travelling. Talking about balancing her work and personal life, Anushka in a conversation with The Quint had stated, “Work takes up the majority of my time. I was working literally two days before I got married. Got married and then was away for a week with Virat and again came back and started shooting for Sui Dhaaga. So, I have always been working round the clock and back to back, so much so, that this year we have four releases.” (Suggested Read: First Family Picture Of Sara Arfeen Khan With Her Hubby And Twin Daughters Is Beautiful Beyond Words) 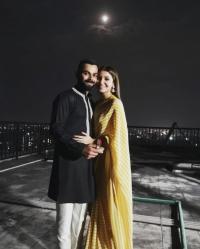 The Sui Dhaaga actress had further added, “Like I was always somebody who understood that categorising is important. That this is my work, and this is my personal life, is very important and I think both of us have managed to do that really well.” She had further added, “Given that we have two lives which are so busy equally. Always travelling so much, all around the world. Sometimes only one person stays in the house at one given time. This is what any new age young couple goes through, so we are just a good example of that.”

As a doting husband, Virat Kohli considers his wife, Anushka Sharma as his lucky charm and takes her as his motivator in life. Sharing the same, Virat had once stated, “My wife has been keeping me motivated throughout, she deserves a lot of credit for this. She has been criticized a lot in the past, but she is one person who has kept me going throughout this tour and when times have been tough, and I am really grateful for that. When I met my wife I began to change. I came from a very different background from north India and I had no idea of what happens in any other sphere of society or anyone else’s life. So, her life was very different. It came with her own challenges & perspective on things.” (Also Read: Isha Ambani Piramal And Anand Piramal Ace Their Casual Look At Wiz Khalifa's Concert In Mumbai) 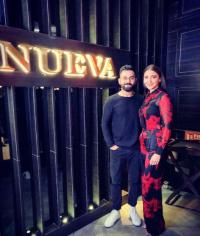 We are in love with Virat Kohli’s t-shirt. What about you guys? 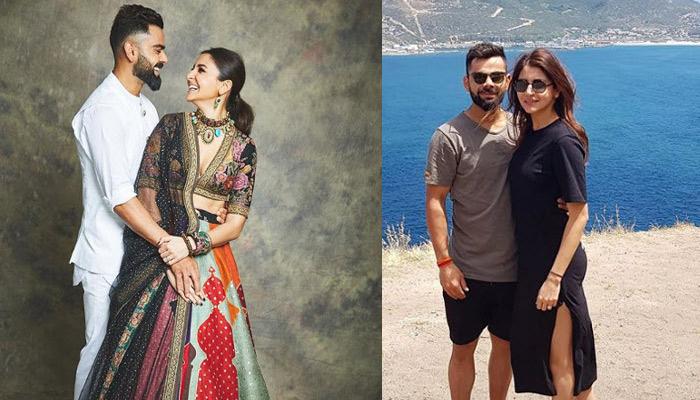 All the teenage girls must have skipped a heartbeat when under-19 Indian Cricket Team had won the World Cup and the Captain of the team had gone ahead to receive the trophy in 2006. With his posters in every girl's room, replicas of his signed jersey, cutouts of his photographs from the