Here's everything about Indian wrestler, Vinesh Phogat's husband, Somvir Rathee and their filmy love story that kick-started when they used to work in Indian railways. Check it out!

Indian wrestler, Vinesh Phogat is one of the biggest names in Indian wrestling. The wrestler has made the entire nation proud on the world stage time and again since her international debut as a wrestler in Asian Wrestling Championship back in 2013. A person unaware of her illustrious career can get an idea about it by the fact that she won the Bronze medal in her International Debut.

Even today, she continues to hit new heights in her career with every major tournament. For the unversed, Vinesh Phogat was born on August 25, 1994, to her parents, Rajpal Phogat and Prem Lata Phogat, in Haryana. As per the reports, Rajpal Phogat was Mahavir Singh Phogat’s brother, and after he had passed away, the latter adopted Vinesh and her sister, Priyanka Phogat.

Recommended Read: When Sanjay Khan's Wife, Zarine Revealed He Cheated On Her While She Was Pregnant With Son, Zayed 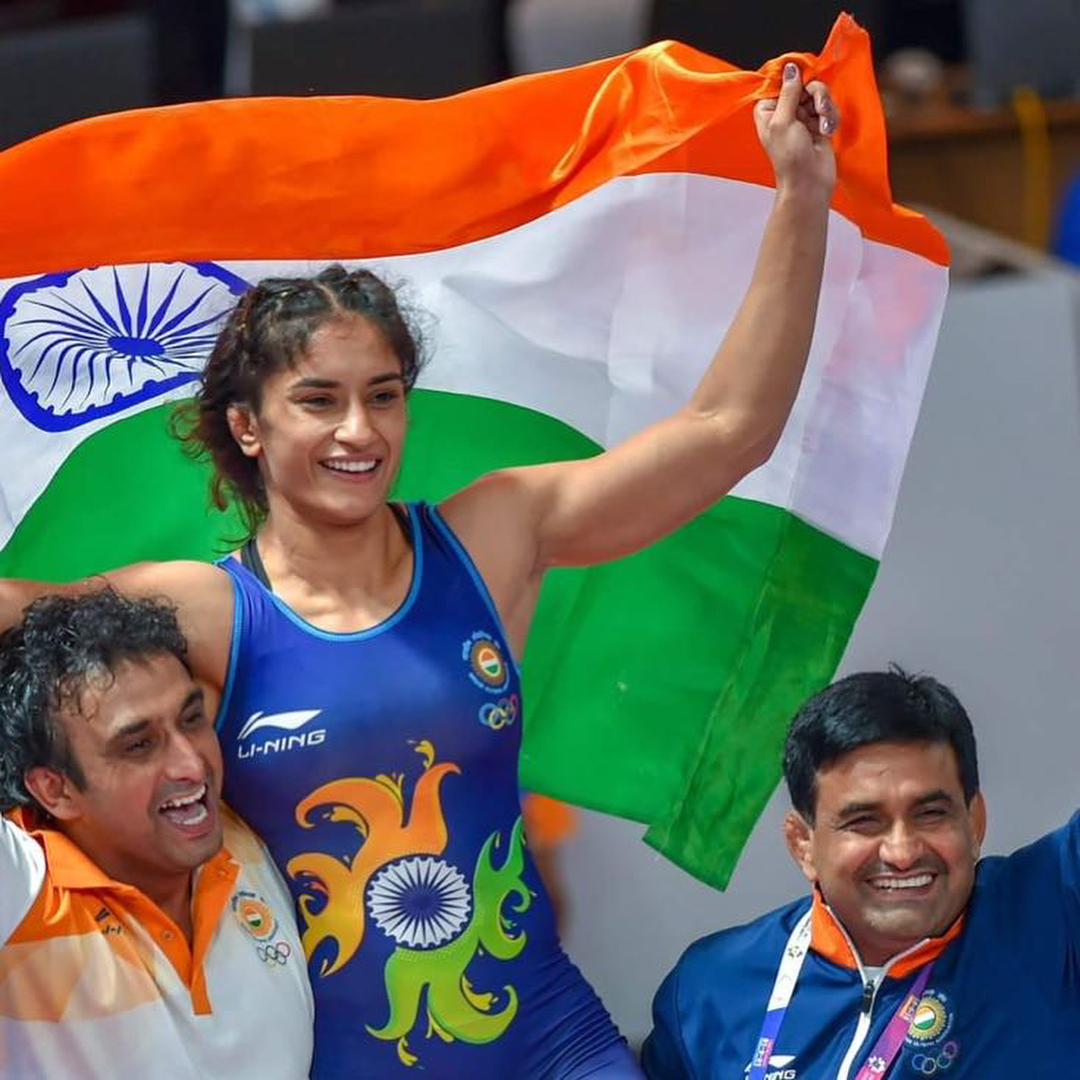 Both Vinesh Phogat and her sister, Priyanka Phogat were born and brought up along with Mahavir Singh Phogat’s children, Geeta Phogat, Babita Phogat, Ritu Phogat and Sangeeta Phogat. As a result, it is quite common to understand why she has been deeply in love with wrestling since her childhood. There’s no denying the fact that the Phogat family has made a huge contribution to Indian wrestling, which continues to grow more with each passing day. 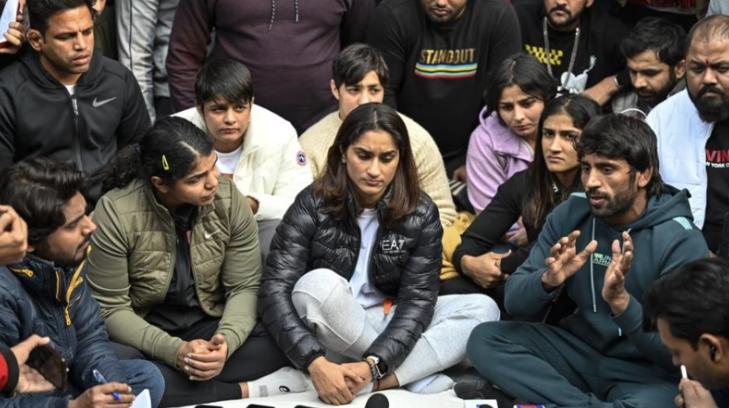 However, in the year 2022, Vinesh Phogat shocked the entire wrestling fraternity after she accused the President of Wrestling Federation of India and BJP MLA, Brij Bhushan Sharan Singh, of sexual harassment. The iconic wrestler raised her voice in support of some women wrestlers, who were allegedly sexually exploited by the minister. After making groundbreaking revelations in the media, Vinesh Phogat, along with other famous wrestlers like Bajrang Punia, Sakshi Malik, and many more, sat on a dharna at Delhi’s Jantar Mantar. On one front, while BJP MLA and the President of Wrestling Federation of India, Brij Bhushan Sharan Singh, denied the severe allegations of sexual harassment made by Vinesh Phogat against him, on the other side, the wrestlers continued to protest against the authorities in full voice. In a conversation with the media, Vinesh Phogat clearly stated that she and her fellow wrestlers want fair inquiry and strict punishments for the coaches and the WFI president. She said: Talking about Vinesh Phogat’s personal life, she is married to a former wrestler, Somvir Rathee. The stunning couple fell in love when they were working in Indian railways. After a series of meetings, they started liking each other and soon started dating. 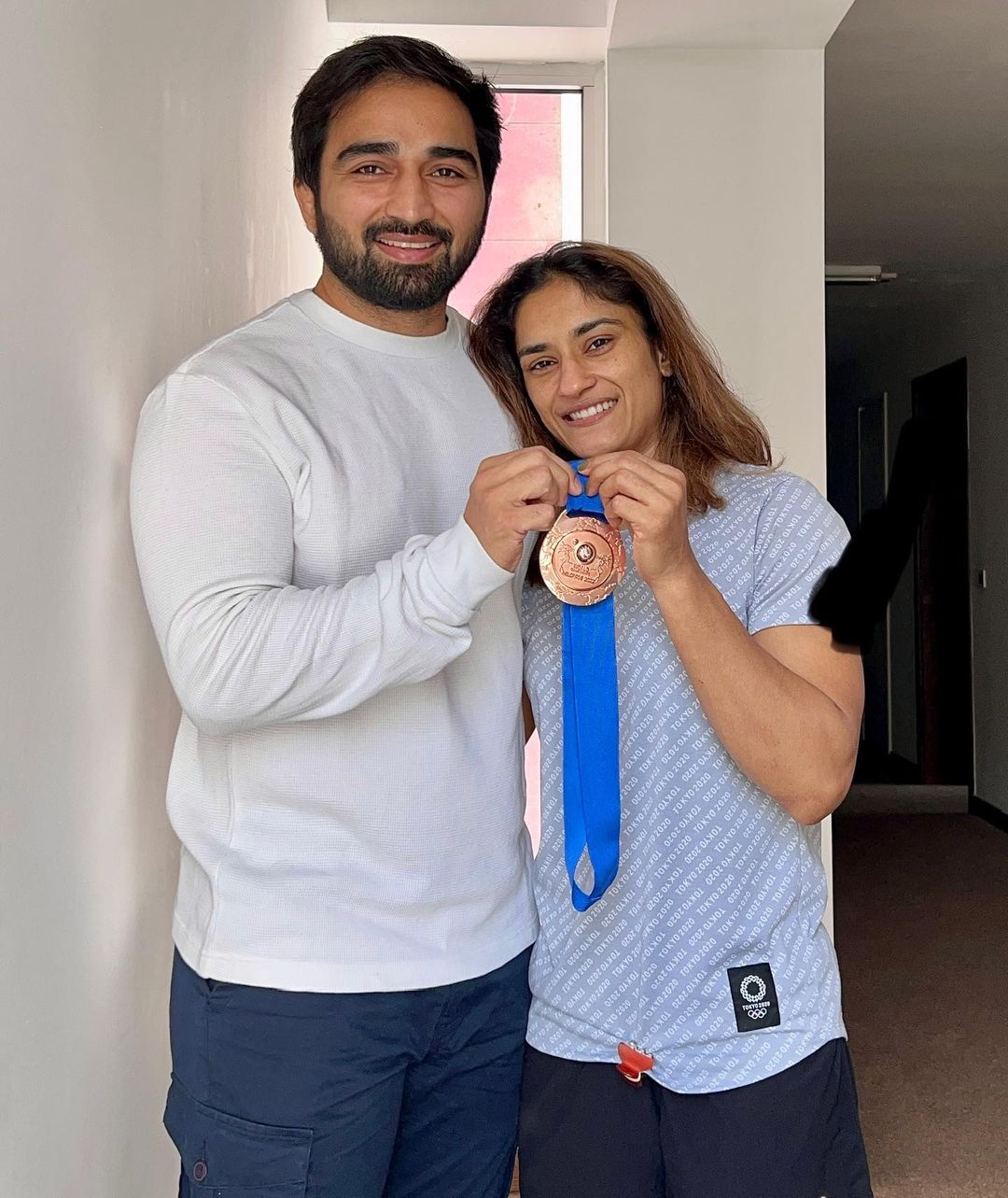 The couple told their parents about each other before making their relationship public. Once it was done, Vinesh shared a picture with Somvir on Instagram during the Jakarta Asian Games.

You May Like This: When Amitabh Bachchan Worked 16 Hours, Two Shifts A Day To Bounce Back From A Rs. 90 Crores Debt 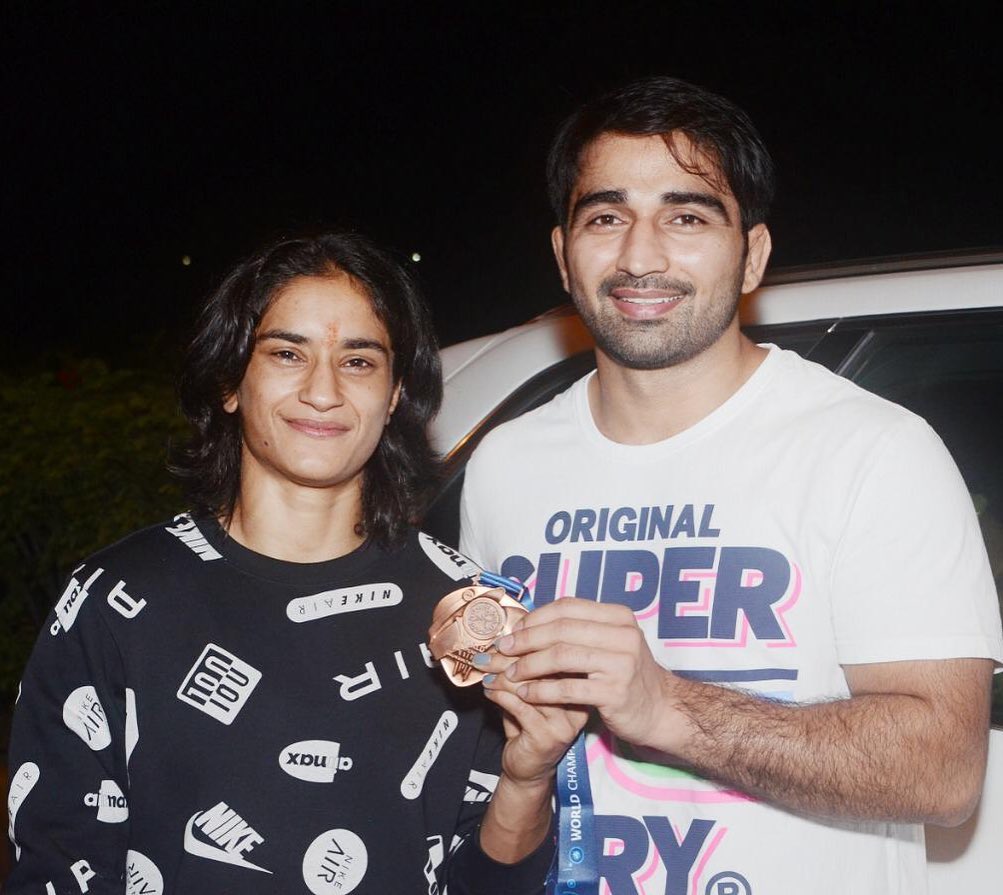 As per reports, Somvir Rathee is an extremely romantic person, and an open clue of this was witnessed by everyone when he went to Delhi’s Indira Gandhi International Airport and got engaged to the love of his life, Vinesh Phogat. The couple got engaged at the airport after Vinesh’s return to India post winning a Gold medal at the Jakarta Asian Games in 2018. 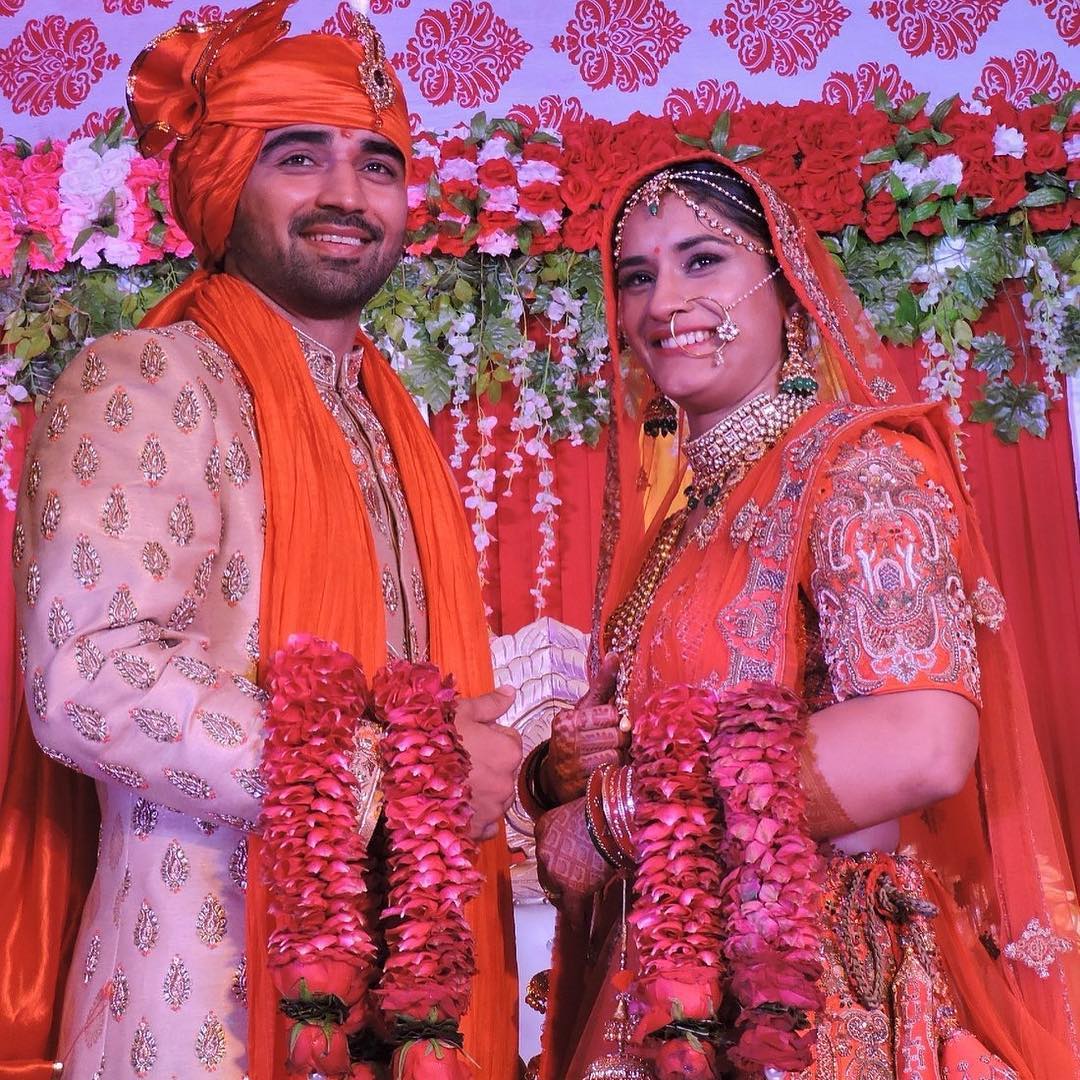 After getting engaged at Delhi’s Indira Gandhi International Airport in a filmy style, Vinesh Phogat and Somvir Rathee got married on December 14, 2018, in an intimate wedding ceremony. The wedding took place in Vinesh's hometown, Charki Dadri, Haryana. 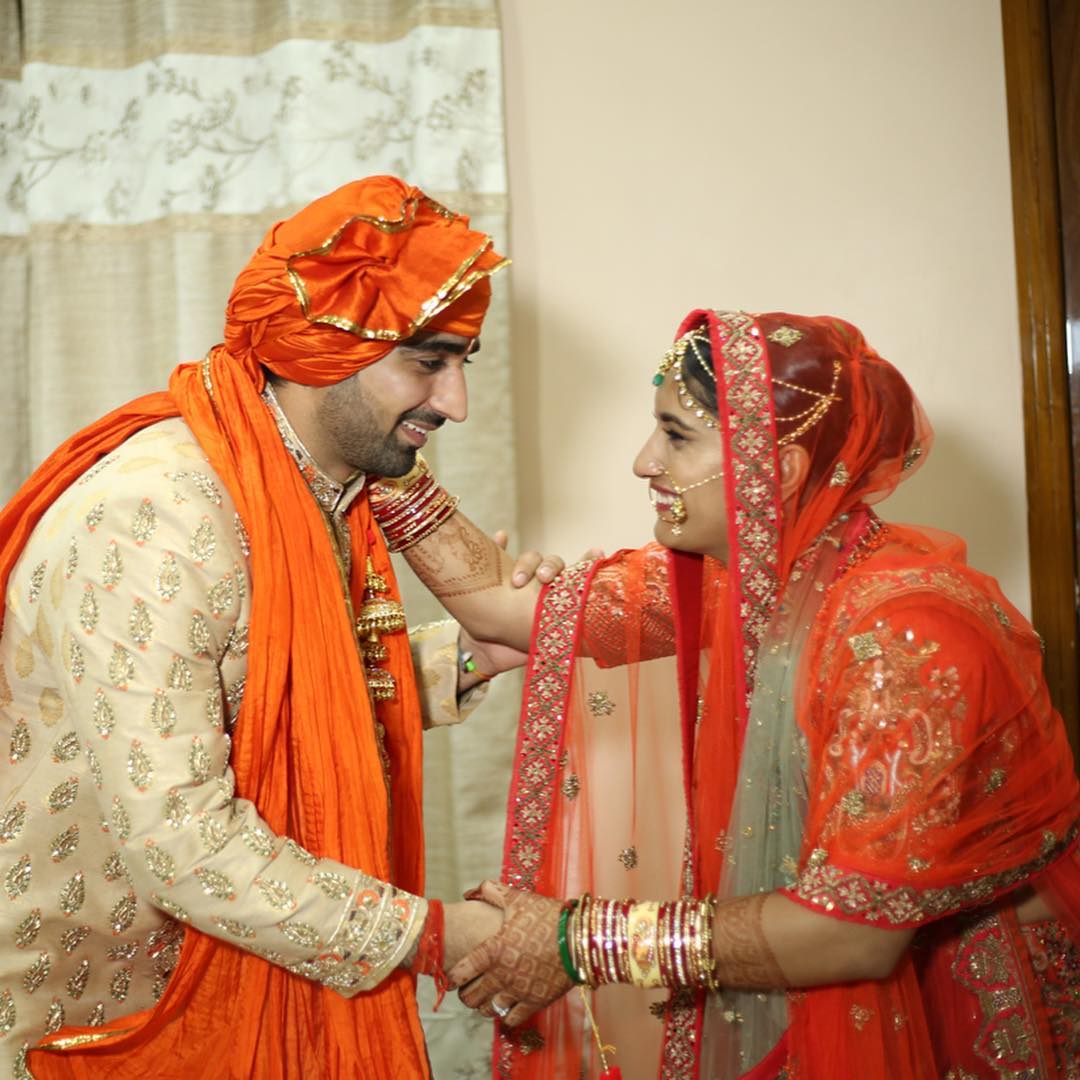 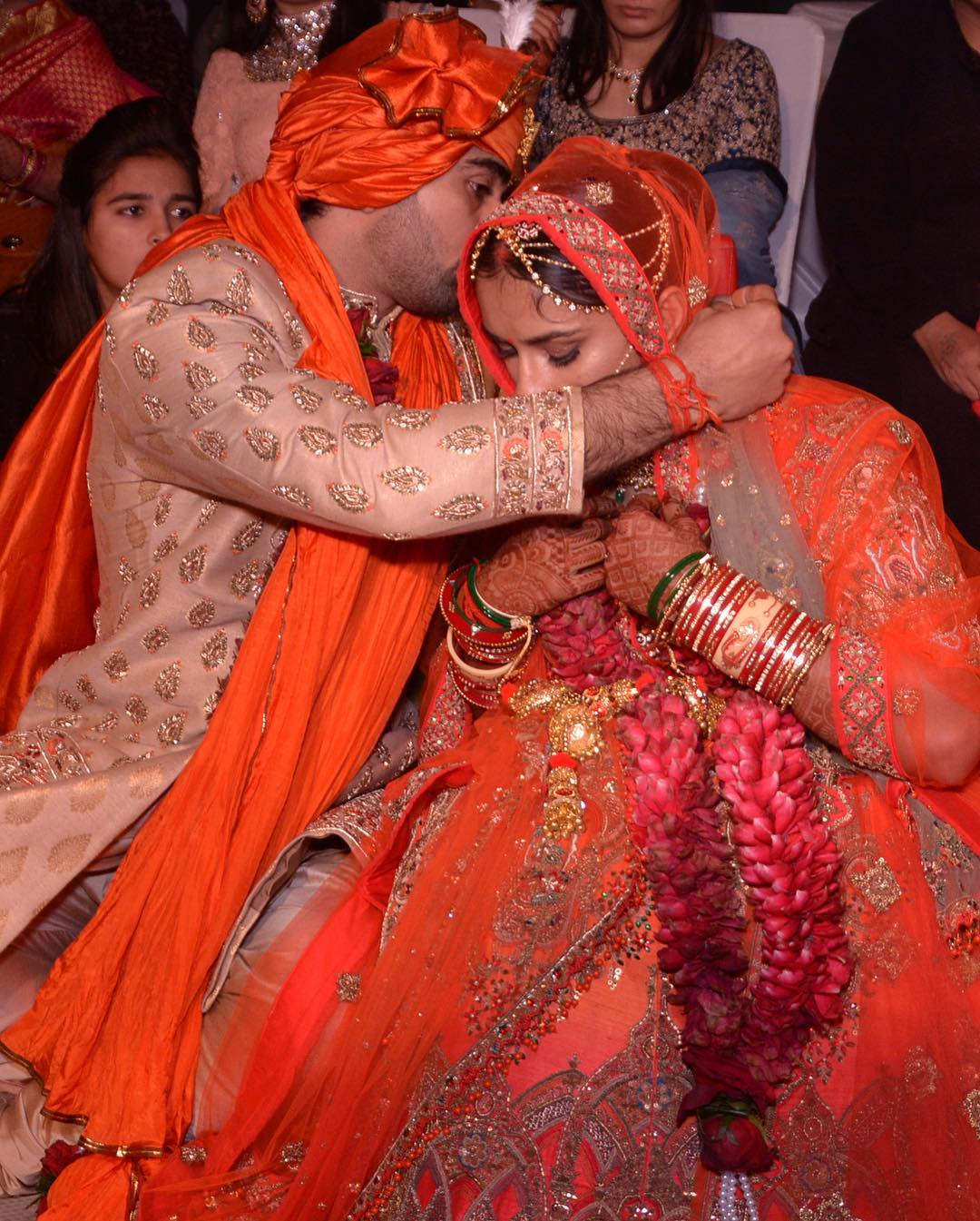 For their wedding day, Somvir Rathee donned a cream-hued sherwani, which he styled with a turban. The ace wrestler, Vinesh Phogat looked gorgeous on her D-day as she donned a lehenga in shades of orange and red with beautiful work all over it. 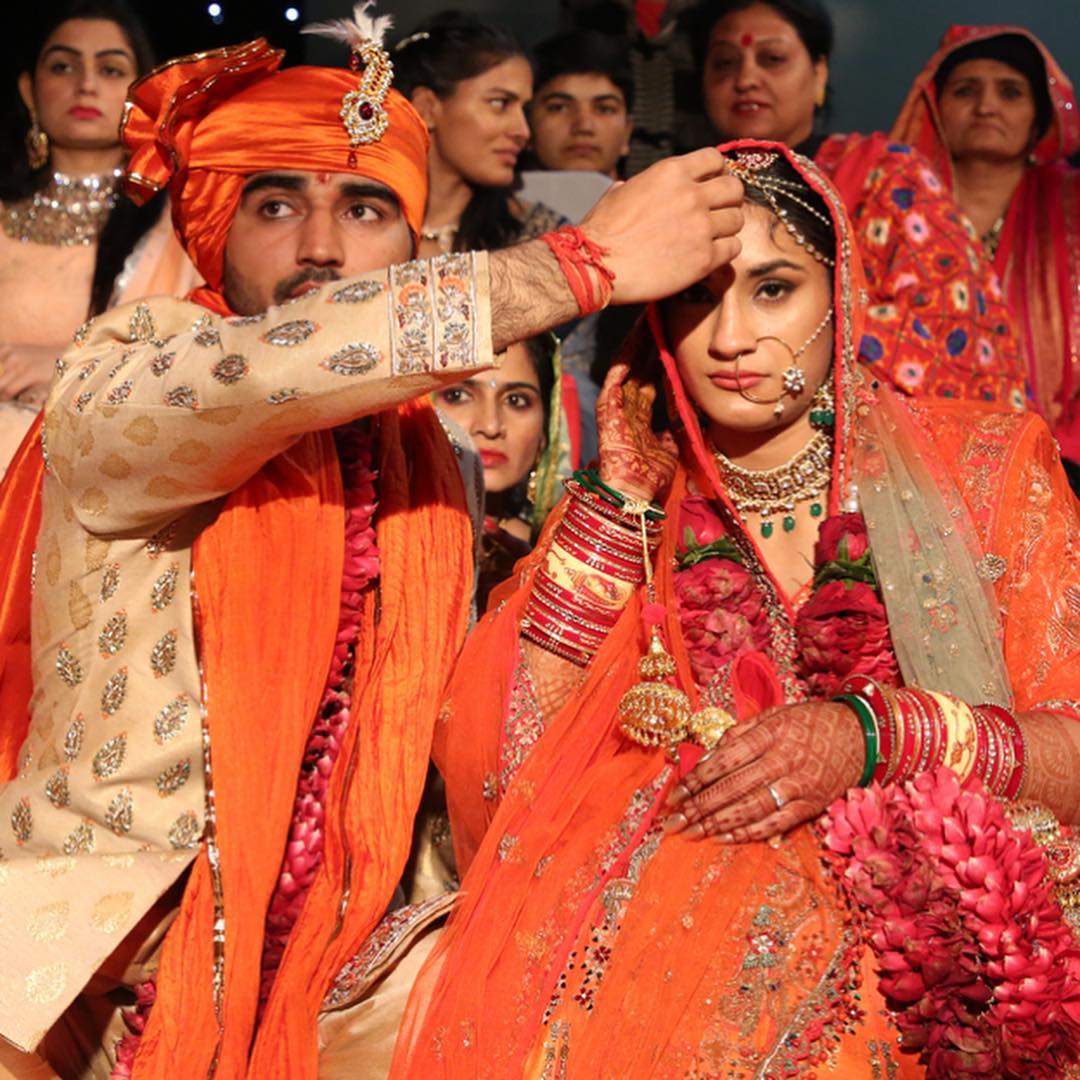 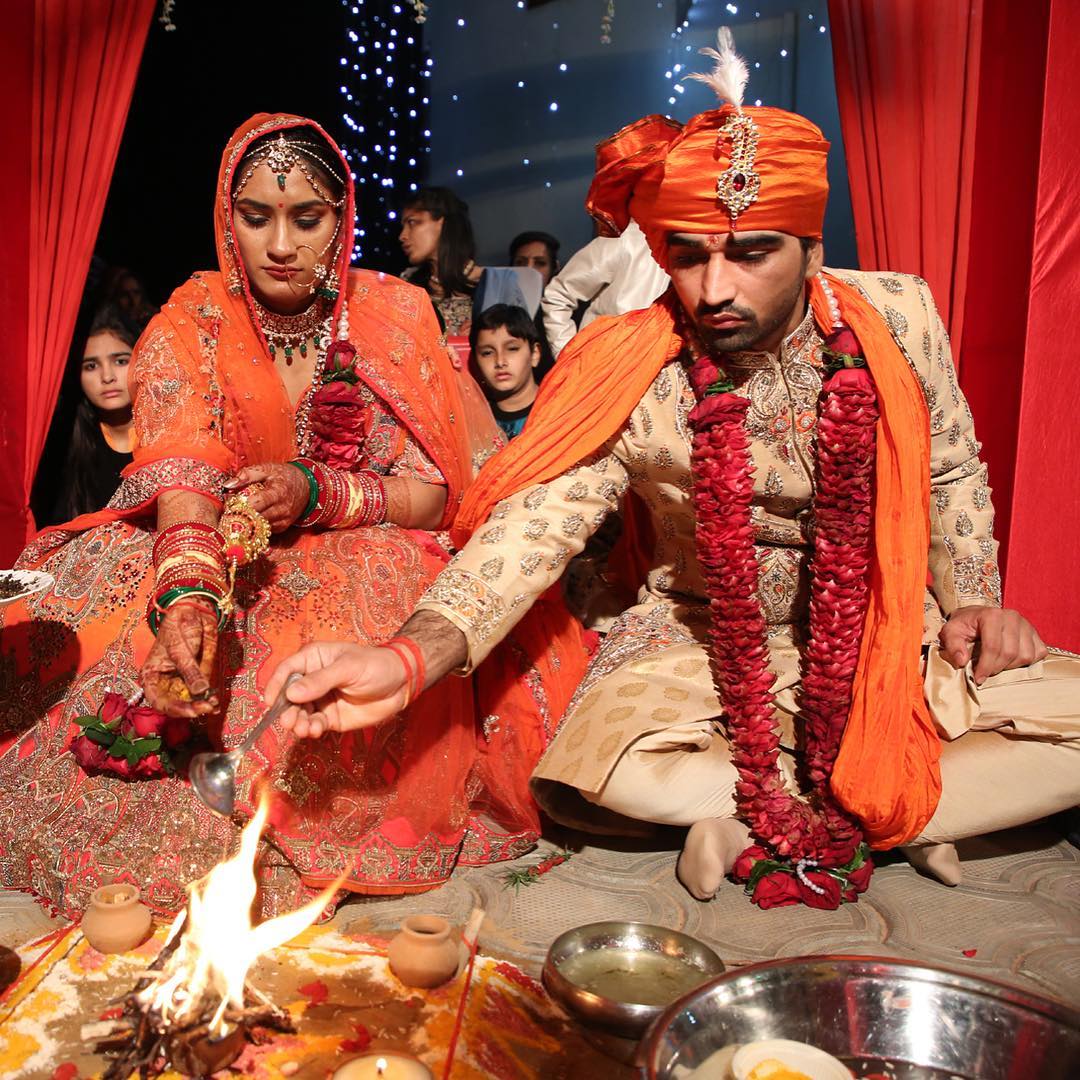 During their wedding, Somvir Rathee and Vinesh Phogat had decided to take an additional vow after the seven vows. The couple impressed everyone as their eighth vow was "Beti bachao, beti padhao, beti khilao". 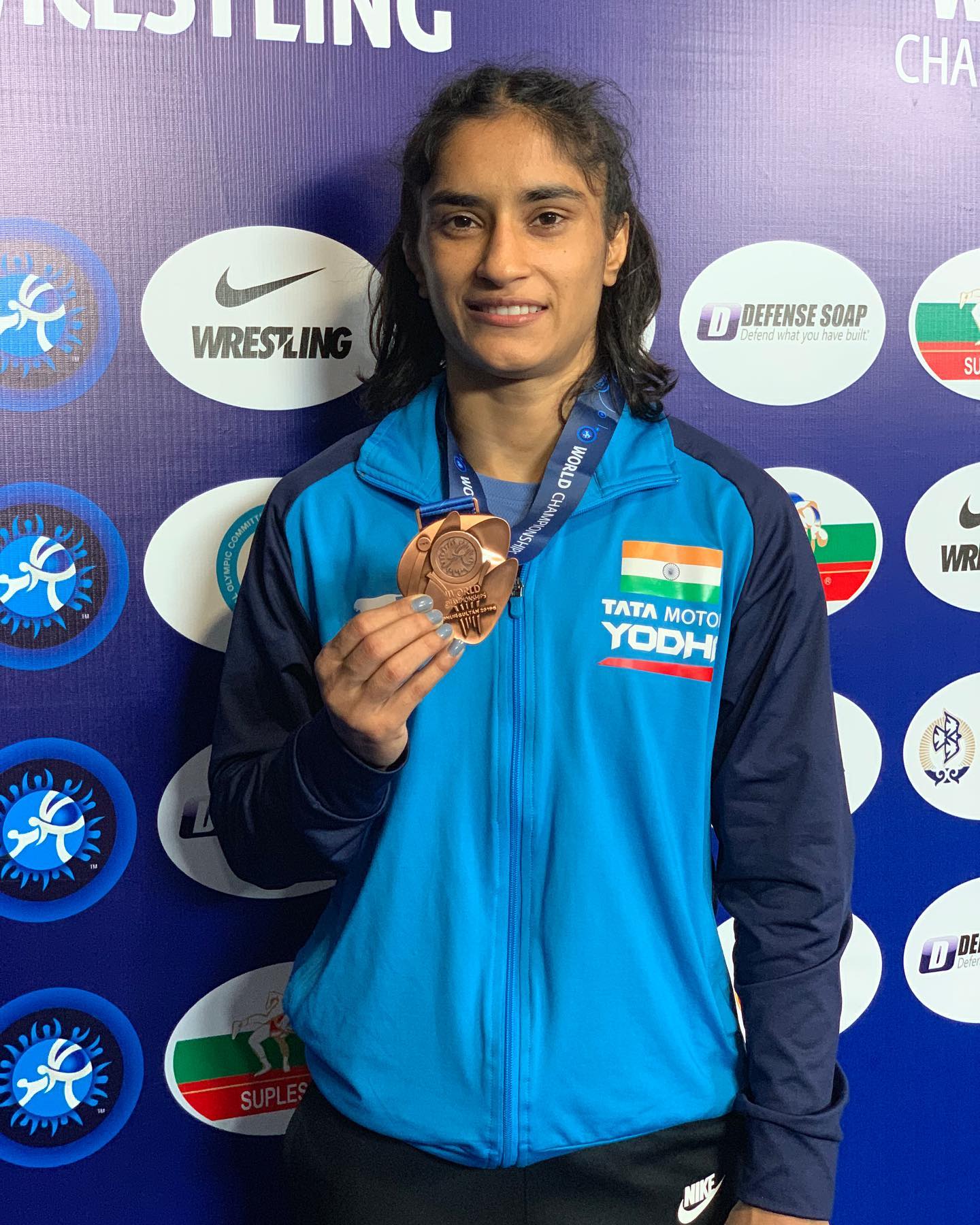 The list of awards and medals won by Vinesh Phogat is quite long, which is why we have accumulated some major highlights of her career that separate her from other wrestlers. Apart from being the first women wrestler to win Gold in both the Commonwealth Games and Asian Games, there are still some achievements that are every wrestler’s dream. 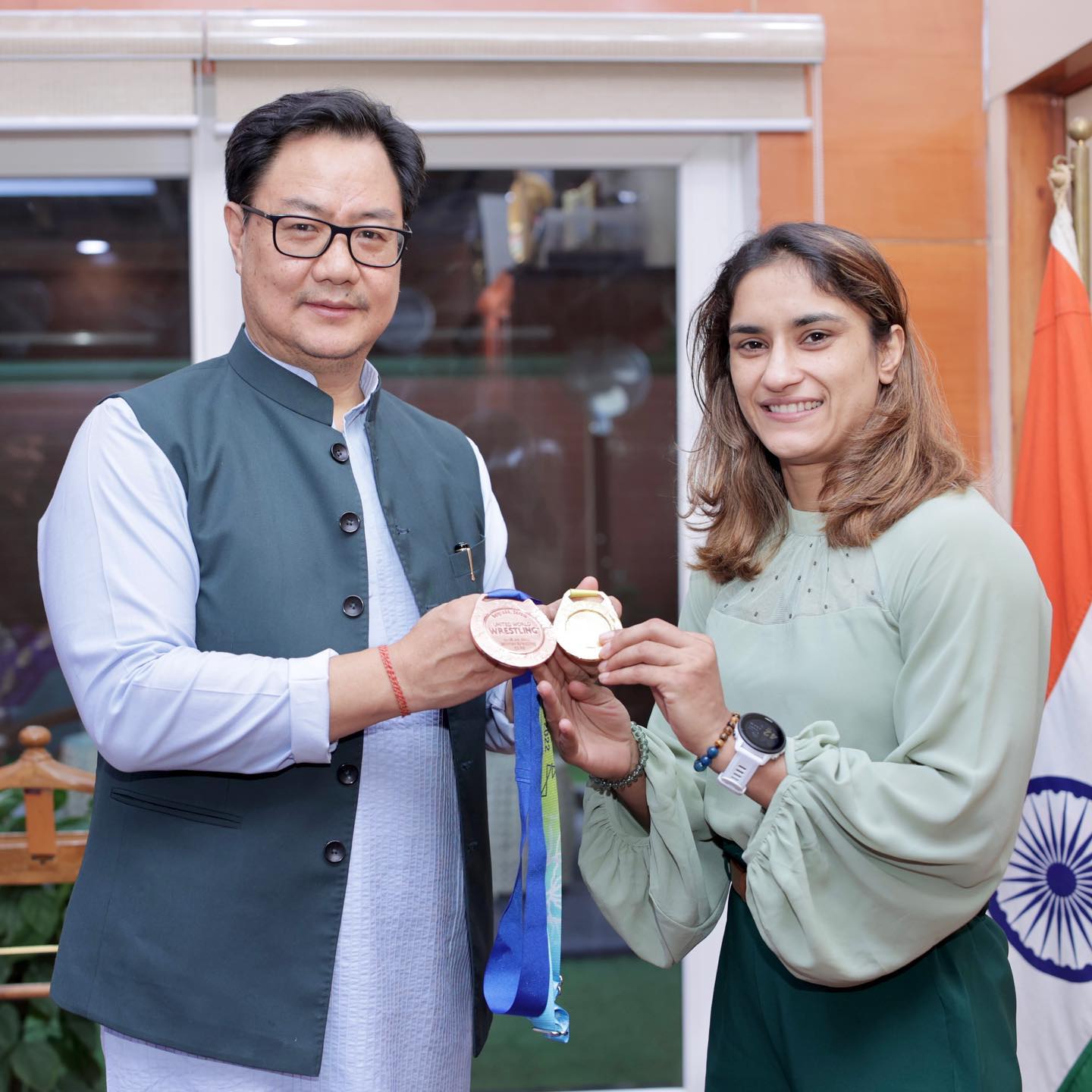 For instance, Vinesh has one Gold medal, three Silver medals, and four Bronze medals in different editions of the Asian Wrestling Championships. Also, she became the first Indian athlete to be named in The Laureus World Sports Awards, which were held in 2019. Moreover, for her incredible impact on Indian wrestling, she was honoured with Major Dhyan Chand Khel Ratna Award by the government back in 2020 and Arjuna Award in 2016. 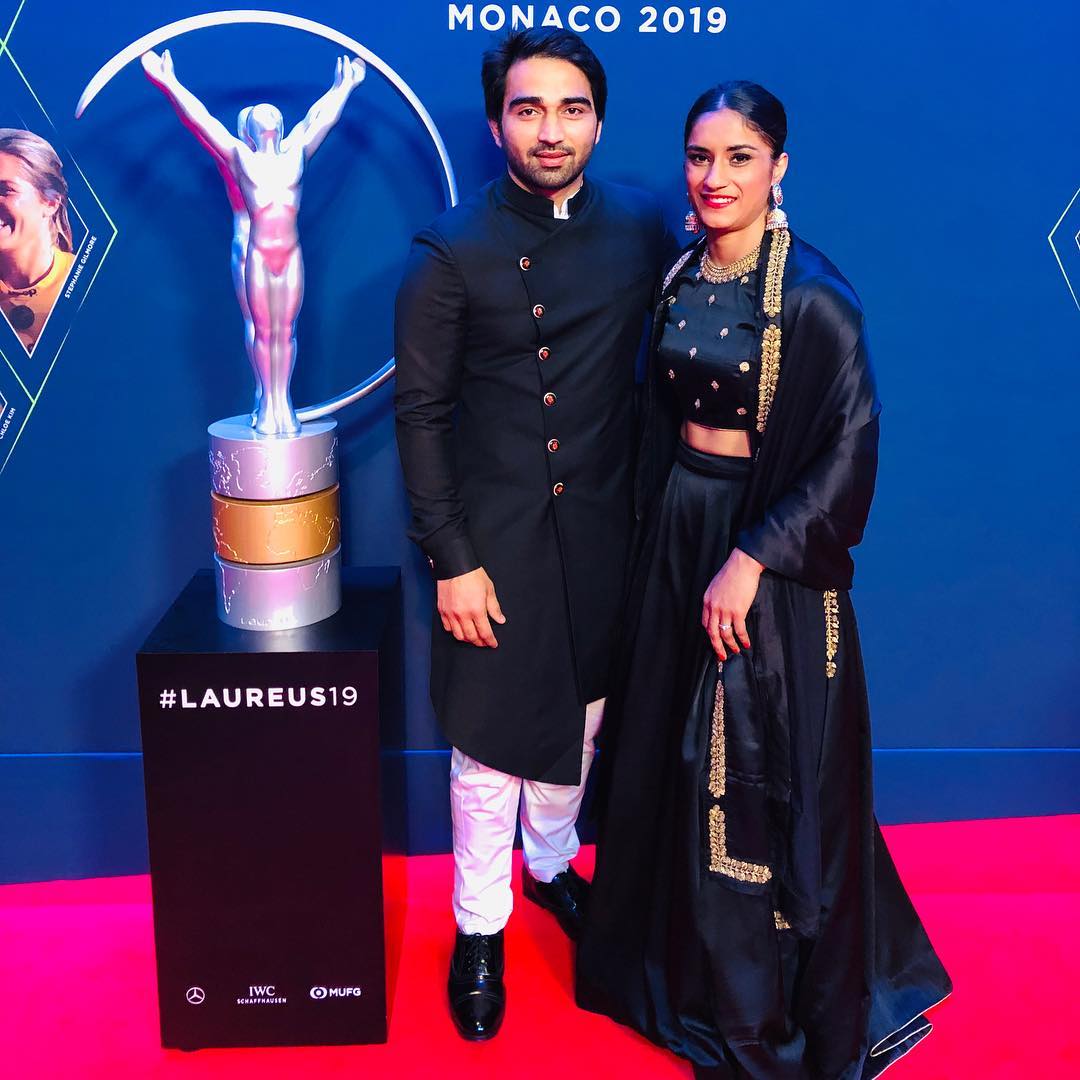 We hope Vinesh Phogat continues to add more medals to her illustrious career and keeps on working hard to prove the mettle of Indian wrestling on the world stage.