A visit to Neem Karoli Baba's ashram, Kainchi Dham has changed many people's lives, including Virat Kohli, Mark Zuckerberg, and Steve Jobs. Here's all you need to know about the mystical 'Maharaj ji'!

The popular celebrity couple, Virat Kohli and Anushka Sharma visited the Shri Neem Karoli Baba's ashram in Vrindavan on January 5, 2023. Weeks after their temple visit, Virat Kohli scored his 45th century in his first ODI against Sri Lanka. The batsman scored 113 runs in 87 balls and broke his drought of not scoring a century in 1,043 long days. After Virat’s amazing innings against Sri Lanka, people started talking about Neem Karoli Baba, the mystical saint who inspired the cricketer. 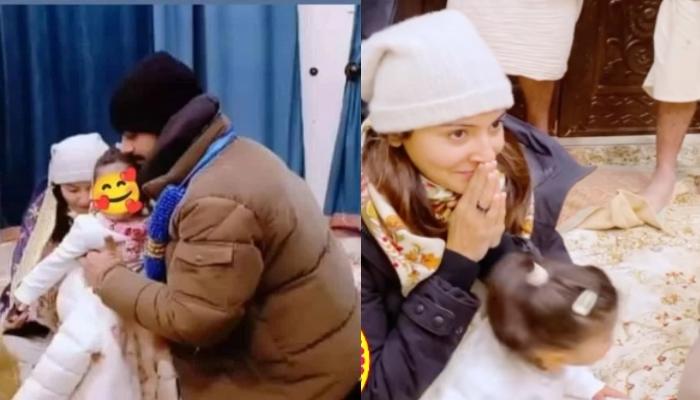 Last year, in November’s second week, Virat Kohli and Anushka Sharma visited Neem Karoli Baba’s ashram, Kainchi Dham, in Nainital. The couple took their daughter, Vamika, with them and distributed some blankets to people around the Kakdi Ghat. There are only two ashrams of Neem Karoli Baba in India; one is in Nainital, where he spent most of his life, and the other one is in Vrindavan, where he left his body back in 1973. The couple has already taken darshans at both ashrams, which speaks volumes about their connection with Neem Karoli Baba. It is speculated that Anushka Sharma has also vowed to visit Kaichi Dham after the birth of her daughter, Vamika and not only fulfilled her promise but also went a step ahead as she also visited his Vrindavan ashram too. However, Virat and Anushka aren’t the only celebrities, who have become Neem Karoli Baba’s devotees as, over the years several celebrities have visited the ashram and admitted that it had changed their lives. 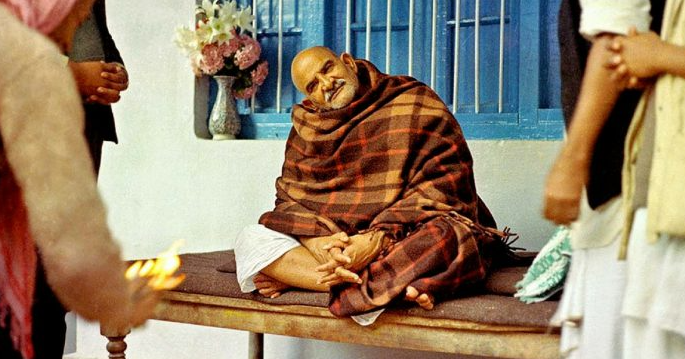 However, before we jump on to the list of famous people, who visited Neem Karoli Baba's ashram, let’s first know more about the mystical Baba, whose teachings and values continue to change many people’s lives. So without further ado, let’s get straight into it!

Who is Neem Karoli Baba, and what is his real name? The Hindu Guru, Neem Karoli Baba was also known by the names, Neeb Karoli Baba and Maharaj Ji by his billion devotees around the globe. He was a pure devotee of Lord Hanuman and God Ram. However, Neem Karoli Baba’s real name is Lakshman Narayan Sharma. He was born back in 1900 in Akbarpur village in Uttar Pradesh’s Firozabad district. Despite being born into a wealthy Brahmin family, Neem Karoli Bada had chosen to live like a sadhu. It was in 1964 when Neem Karoli Baba established Kaichi Dham ashram in Nainital’s Pantnagar. The mystical place is located in the Kumaon hills and offers breathtaking picturesque views for the devotees. Due to the pressure of his parents, Neem Karoli Baba got married at the mere age of 11, but he was never into it. Thus, soon after his marriage, he left his home to become a sadhu. But because of his father’s multiple requests, he decided to live like a normal family man. Neem Karoli Baba and his wife welcomed two kids and lived like a normal family for many years. However, soon he decided to dedicate his life to the service of society. 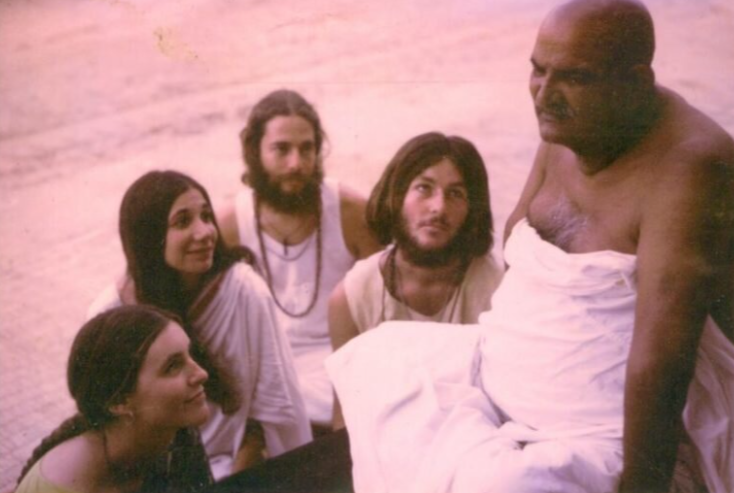 After making some requests to the collector, Neem Karoli Baba followed his instructions and stepped out of the train and sat beneath a tree. The ticket collector gave the green signal to the driver to start the train, but it got choked. Despite several attempts made by the driver, the train couldn’t move an inch, and that’s when some people realised that the man who was told to get off the train was no ordinary man and that it was Neem Karoli Baba. 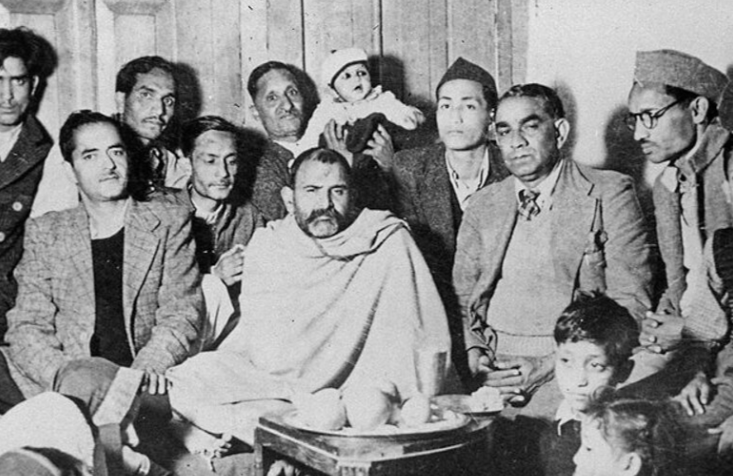 The train was stopped at the Neeb Karori village, and after some time more and more people started recognising Neem Karoli Baba. As a result, the ticket collector and driver also requested Neem Karoli Baba to get on the train so they could go ahead. But the holy sadhu told them to promise him two things. First to build a station at Neeb Karori village and to tell train staff to treat sadhus with more respect. So after the train officers agreed to it, Neem Karoli Baba got on the train, and it started moving the moment Baba entered the coach.

Neem Karoli Baba is reportedly the incarnation of Lord Hanuman 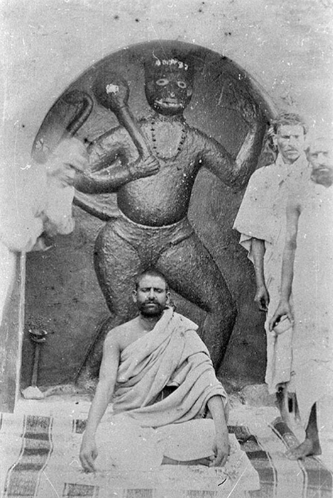 The founder of Apple, Steve Jobs, is widely considered as one of the most influential entrepreneurs in human history. However, not many know that he has a connection with India, which helped him change his life for the better. So, in 1974, Steve visited India after suffering multiple failures in his career. However, after spending some time in the ashram and practising Neem Karoli Baba’s teachings, Steve Jobs got motivated and started his company, Apple, and the rest is history. 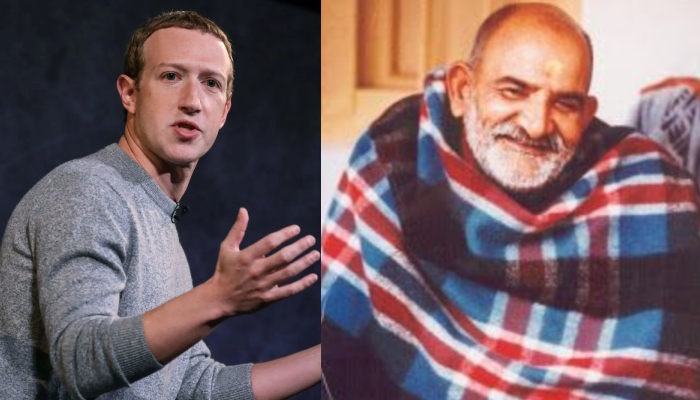 Just like Steve Jobs, the founder of Facebook, Mark Zukerberg, also decided to spend one day in the ashram. However, after he entered the Kaichi Dham ashram and completed his day, the entrepreneur decided to exceed his stay for two more days. It was quite evident that Mark was experiencing some mystical powers within the Kaichi Dham ashram and wanted to absorb them as much as possible. After going back to the US, he met Steve Jobs and got some ideas and guidance from him during Facebook’s early days and soon after making some daring decisions in his life, he took Facebook to a whole new level. In his many interviews, Zukerberg has opened up about the impact his trip to Kaichi Dham had on his journey as an entrepreneur and admitted that India has a special place in his heart. 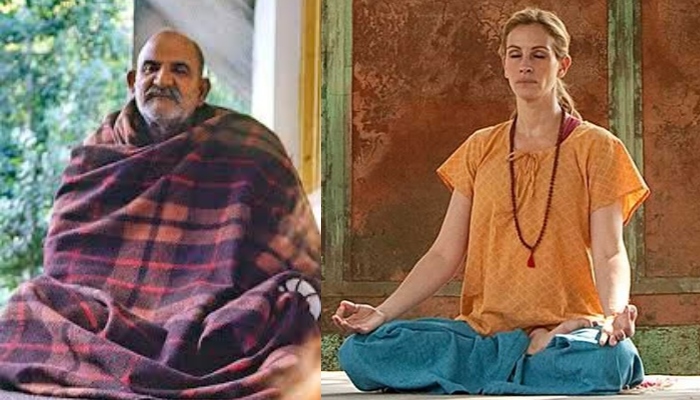 Popular actress, Julia Roberts has been practising Hinduism for some years now, but it all started after one day, out of the blue, she saw a picture of Neem Karoli Baba. The actress felt an instant connection with him and wanted to meet him. However, when she researched about the man in the picture, she got to know about his mystical stories and powerful values. Thus, she decided to visit Kaichi Dham, and once she had spent some days in Neem Karoli Baba’s ashram, she was in love with Hinduism and decided to practice it for the rest of her life. 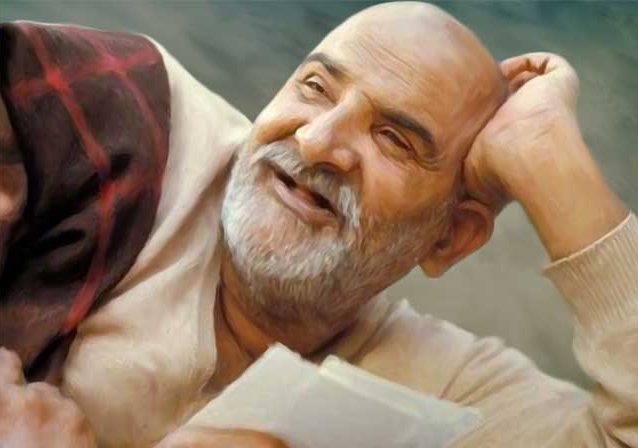 One of the most famous sayings of Neem Karoli Baba was 'All is one, Sub ek', which he used to say almost to every single soul that he had met in his life.