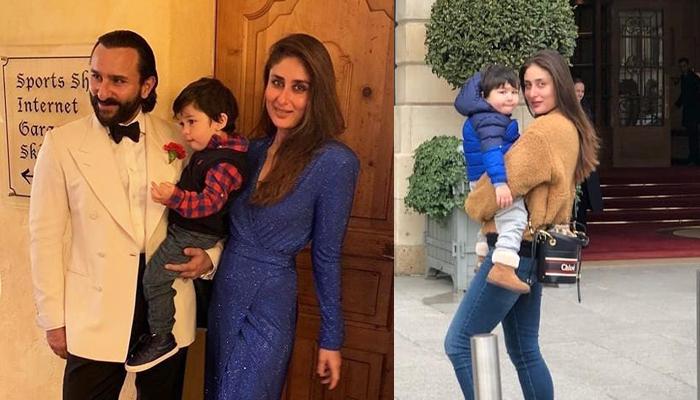 Taimur Ali Khan is one celeb kid whose every pic and video can sweep and take us into a different mood altogether. If you ever have Monday morning blues, just go on social media and search for this 2-year-old cutesy, and we guarantee that you will feel as fresh as a breath of Zephyr. Taimur Ali Khan was born on December 20, 2016, and since then he has been ruling the social media like how. (Suggested Read: Alia Bhatt Will Do This If Some Girl Tries To Get Closer To Her Boyfriend, Co-Star Ranveer Agrees)

Since, we don't want to miss any of Taimur's pics and videos, guess what? There is a new addition in the cuteness spree. Kareena Kapoor Khan's manager, Poonam Damania has shared a pic of love from Paris in which we can see Taimur cutely stationed on his mom, Kareena's hands. Poonam captioned her post as, "Love in Paris". Take a look:

With Taimur, how is travelling like now? Saif answered this question to media portal, and said, "Despite having the idea of trying different things, we’ve ended up (and my wife is quite annoyed about this) going to the same places and doing the same things every year—London in summer, Gstaad in winter, with some parts of India, like Rajasthan and Pataudi, in between. We would have liked to go to more places in Italy and France—and we will. But you know, there is also something comforting about going to the same places, because the people know you and the hotel feels like home. With Taimur, we also end up travelling with a bit of an entourage. We never travelled light, but after Taimur, we travel even heavier." (Must Read: Drashti Dhami Celebrates Her Birthday With Husband Neeraj Khemka, Friend Nakuul Mehta And Others) 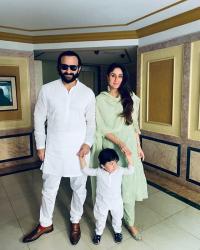 Along the similar line, Kareena shared with a media portal, “Well, I’m experiencing motherhood for the first time, so everything with Taimur is a first. Travelling with him is especially new and exciting—even if we’re going to a place I’ve been to before, taking him there makes it so different. I loved the Maldives holiday, loved showing him all these new things and places, and seeing them with him.” 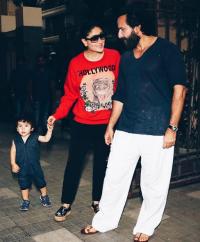 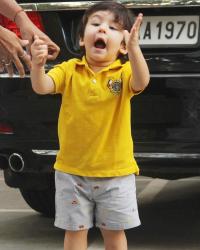 Kareena Kapoor was asked to comment on Taimur's growing popularity, and she had recently said, "Taimur can’t run away from his popularity and neither can his parents. When I saw the doll, I wondered what was I supposed to say. But Saif pointed out that it is because people love him so much and such things are a blessing for him. There is so much genuine warmth for our son that it’s bad to stop people from clicking his pictures or making his dolls. But, they should understand that he is a two-year-old child and needs a normal life. Both Saif and I are struggling to give him that and will continue to do so without telling the media to back off, no matter how annoying it gets after a point. It’s tough on him as it’s on Saif and me." (Also Read: Salman Khan Has Banned Boney Kapoor From Entering His House Due To Arjun Kapoor-Malaika Arora?) 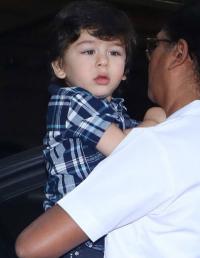 Taimur and Kareena's Paris pic is totally unmissable! We hope to catch more glimpses from their Paris outing. 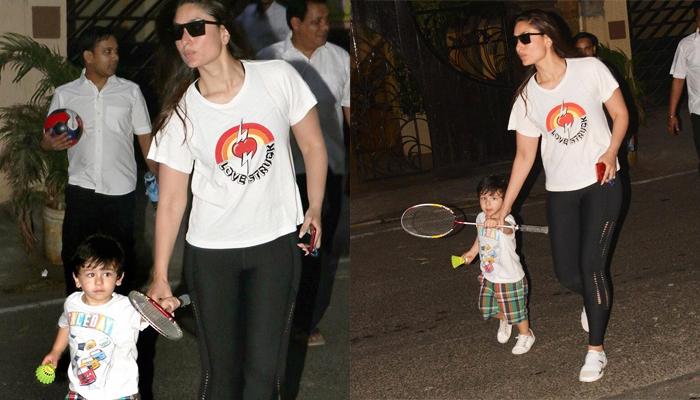 Saif Ali Khan and Kareena Kapoor Khan would have never thought their first baby, Taimur Ali Khan would become such a sensation, when they got married. Taimur, who was born on December 20, 2016, is today one of the most hashtagged and searched names on social media. All thanks to