Four years after Taimur Ali Khan's first birthday, a few of his unseen pictures with Kareena Kapoor Khan and Saif Ali Khan from the celebrations are getting viral on social media.

It was on December 20, 2016, when the most breathlessly followed pregnancy of Kareena Kapoor Khan ended with the birth of her baby boy, Taimur Ali Khan. After his birth, everyone had gone overboard with their love and fascination for Taimur, so much so that in no time, he had surpassed the super-stardom of his star family. In an official statement, Kareena and Saif Ali Khan had announced the arrival of their firstborn, a son, whom they have named Taimur. Since then, not just the family but the nation is celebrating every milestone of the little one.

It was few months after the birth of Taimur Ali Khan when the media had gotten an adorable picture of Kareena Kapoor Khan and Saif Ali Khan's little bundle of joy. A picture of Taimur had gone viral back then, which was a close-up shot of chhote Nawab and it had melted our hearts in split seconds. While people had wondered if the picture that's viral was of Taimur only or a fake one, SpotboyE had contacted Saif to clarify the same. Saif had confirmed that the picture was of his little bundle of joy, Taimur. Saif and Kareena's little one's first birthday celebrations was a grand one, hosted at the Pataudi Palace. 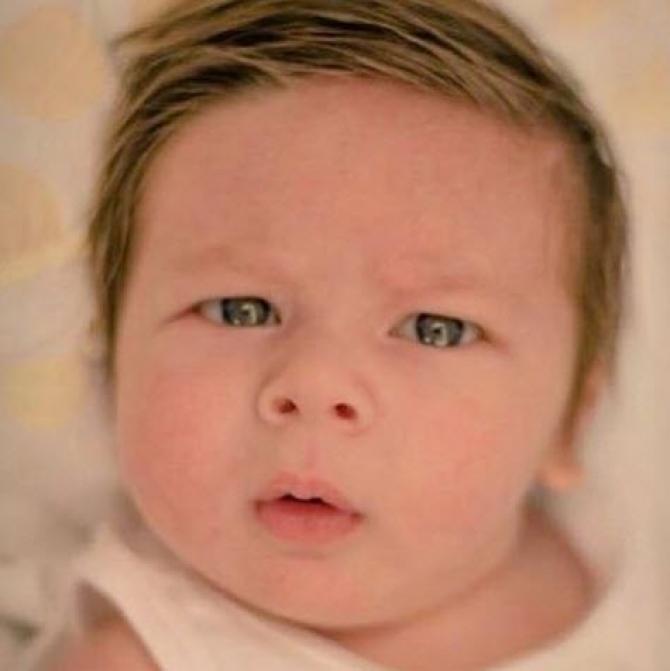 Four years after Taimur Ali Khan's first birthday, a few of his unseen pictures from the celebrations are getting viral on social media. Karan Kapoor, a photographer from London/New York, had clicked Taimur's pictures with his amma and abba, Kareena Kapoor Khan and Saif Ali Khan. The black-and-white pictures of chhote Nawab were a visual treat and they have just added to the charm of monochrome photographs. The pictures have captured the different moods of Taimur as he was enjoying his special day. The pictures are a reminder of how time flies so fast as it seemed like just yesterday when the Kapoors and Pataudis had gathered together to celebrate Taimur's first birthday at Pataudi and now, he is four years old and a big brother to his newborn sibling. 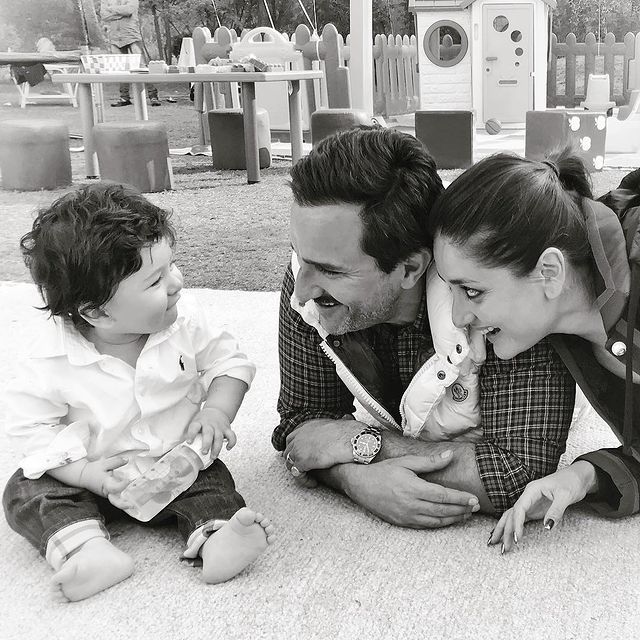 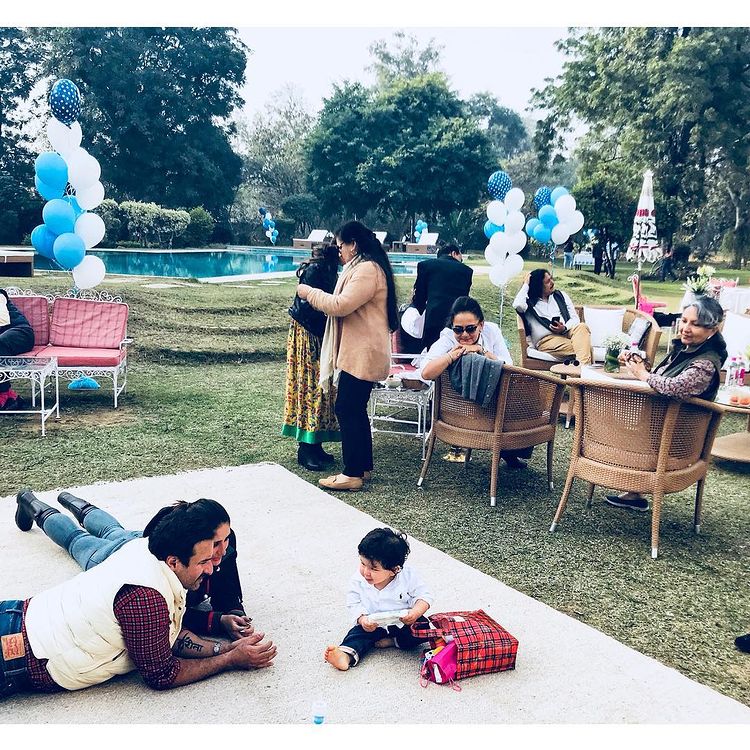 The memories are still fresh in our minds when Saif Ali Khan and Kareena Kapoor Khan had posed for the paparazzi at the balcony of their residence at Fortune Heights, holding their newborn bundle of joy, Taimur Ali Khan. Since then, baby Tim has been spreading joy and brightening up our lives with just his one glimpse. In a promotional video, when Saif and Kareena were asked, “What was it like to hold your baby for the first time?” while she had said, “Even though I carried him for nine months, I think every mother experiences this. I just felt extremely surreal”, he had remarked, “I think we cannot describe it in words.” 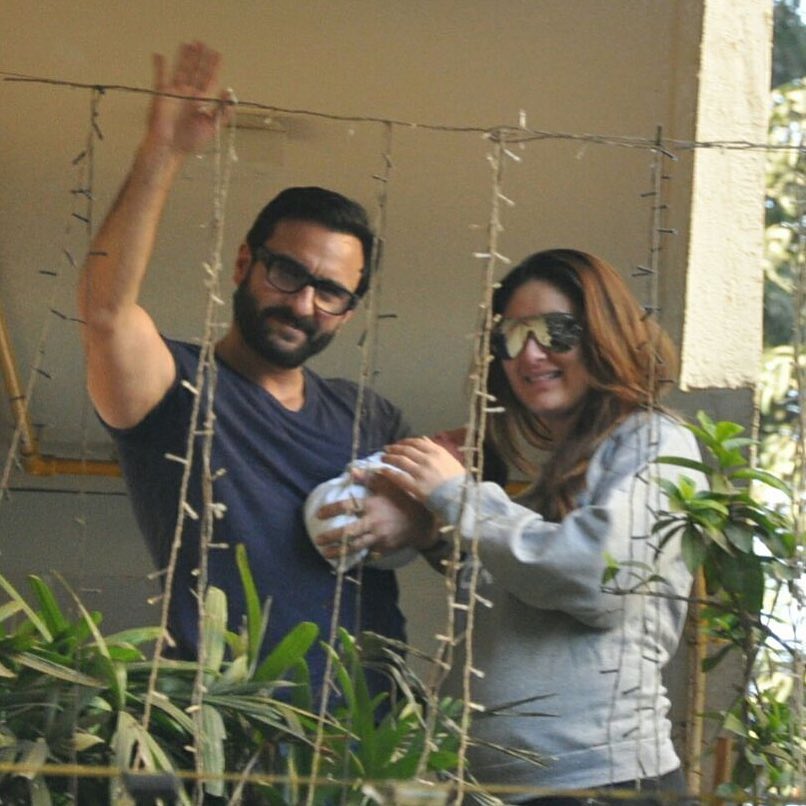 A few days ago, veteran actor, Randhir Kapoor had mistakenly posted a picture collage of his newborn grandson only to delete it later. While Kareena Kapoor Khan and Saif Ali Khan have decided to keep their second-born away from the limelight and have still not revealed the name or have shared the picture of the newborn, Randhir Kapoor's post came as a delight to Kapoor-Pataudi fans. Though Randhir Kapoor had deleted his 'accidental' post in no time, the netizens and media were quick enough to grab a screenshot of the same. But it is still not confirmed that the picture collage was of Kareena and Saif's newborn child. 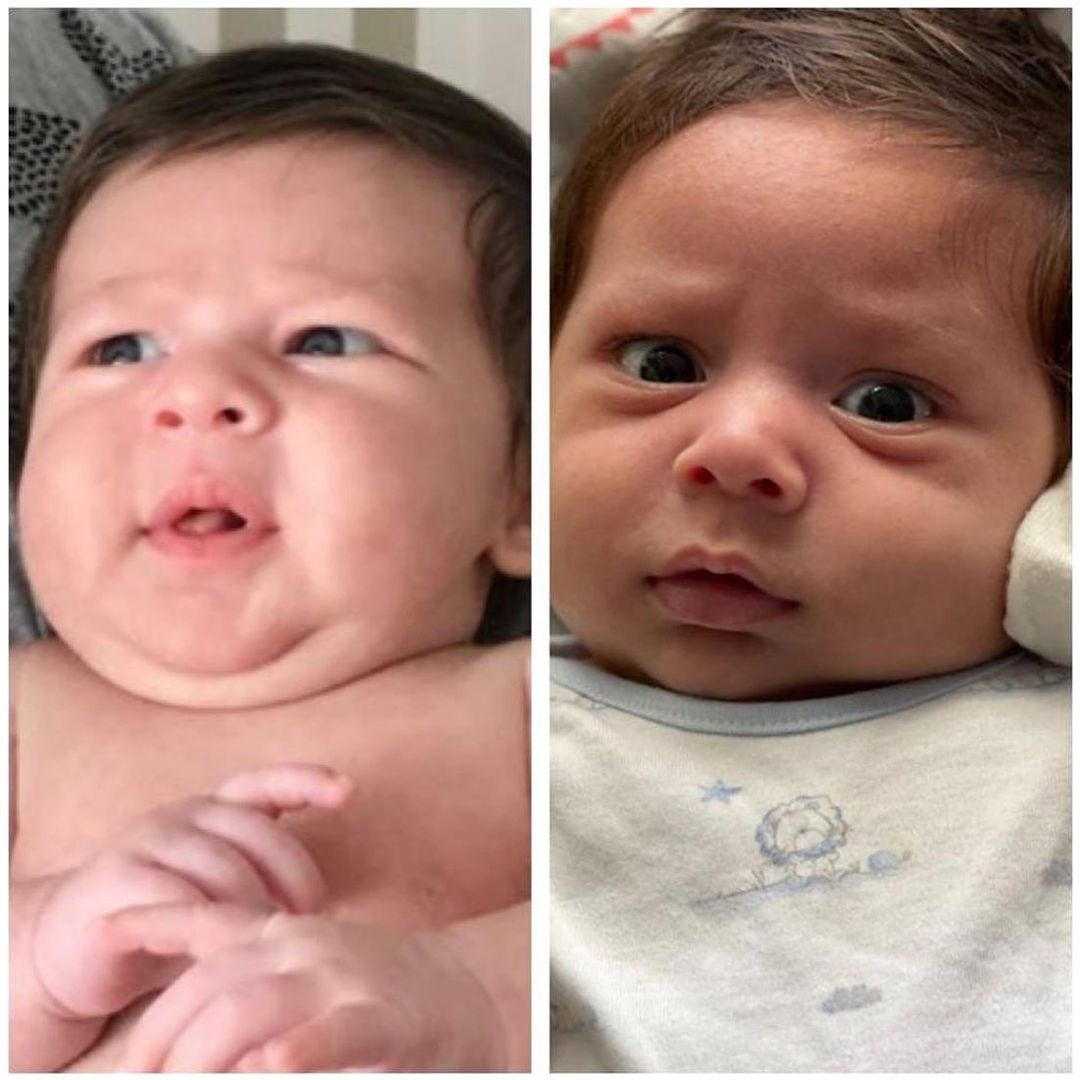 Just how Kareena Kapoor Khan had promised her fans that “of course, there will be once in a while a picture of Taimur", on Randhir Kapoor’s Instagram debut, we had expected some adorable pictures of their little bundle of joy, Taimur Ali Khan. And we weren’t disappointed as Randhir Kapoor does share some pictures of baby Tim! In a candid picture he had shared of Kareena and Taimur, the mother-son duo could be seen laughing their hearts out as the former cuddled the latter. In another picture posted by Randhir Kapoor, he could be seen giving a peck on Taimur’s cheeks. Both the pictures had screamed of unconditional and pure love.

Also Read: Saba Ali Khan Shares A Framed Picture Of Her Nephew, Taimur, Reveals How Much She Loves Her Family 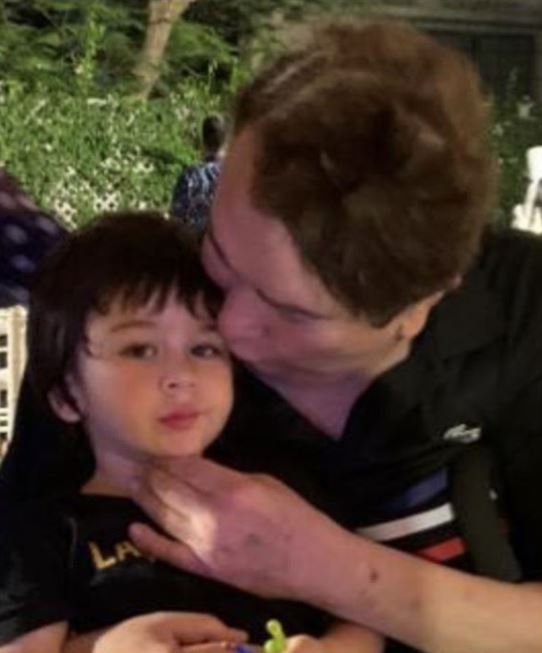 Taimur looks so small and adorable in these throwback pictures from his first birthday and we can't believe that he is four already!