On Priyanka Raina's 39th birthday, her cricketer hubby, Suresh Raina penned a heartfelt wish for her with a beautiful picture.

Former Indian cricketer, Suresh Raina is the heartthrob of the nation. Known as one of the best fielders in international cricket, Suresh never shies away from expressing his affection for his family. We have often seen him sharing love-filled glimpses with his wife, Priyanka Raina and kids, Gracia and Rio on his social media handles.

Do you know that Suresh Raina and his wife, Priyanka Chaudhary Raina were childhood friends? Yes. The Raina and Chaudhary families have known one another for a very long time. When Priyanka had shifted to Punjab with her family, she and Suresh had lost touch with each other. Both the families had arranged their marriage and the duo had tied the knot on April 3, 2015. In 2016, they had welcomed their little princess, Gracia Raina and in 2020, they had become proud parents of a baby boy, Rio Raina. 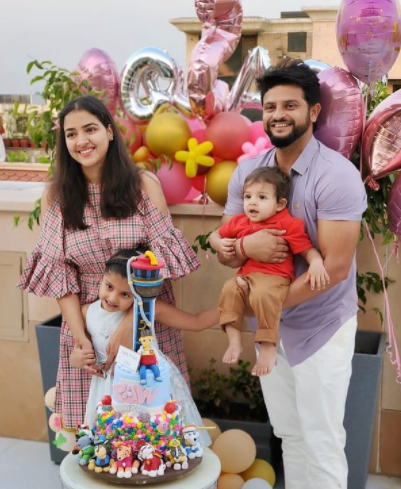 On June 18, 2021, Priyanka turned 39 and Suresh penned an adorable wish for her. He took to his IG handle and shared a beautiful candid picture with her amid a serene location. Along with the picture, he wrote, “Happy Birthday wife @priyankacraina, I’m blessed to have you as my soulmate. You are my dream, my love & light and you complete me. Thanks for being a strong support to my family & the kids. Cheers to many more years together, We all love you so much! #happybirthday.” 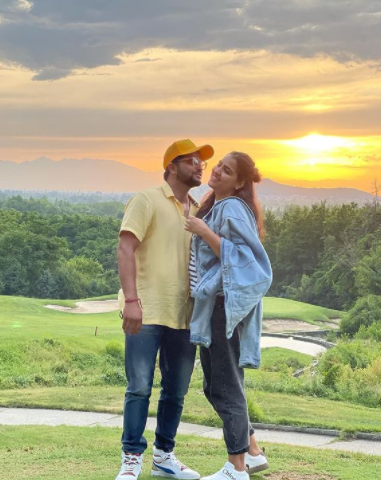 Last year, on Priyanka’s 38th birthday, Suresh had posted a lovely selfie of both of them, with a heartfelt birthday wish in the caption! The handsome cricketer had written, "A Big Happy Birthday to my best friend, the only person I would want to see the world with & more importantly the love of my life. My world couldn’t have been more beautiful. It may not always be easy, but we’re better together. With each year, I’ll love you more! Cheers to a fabulous year of vision, dreams & memories.” 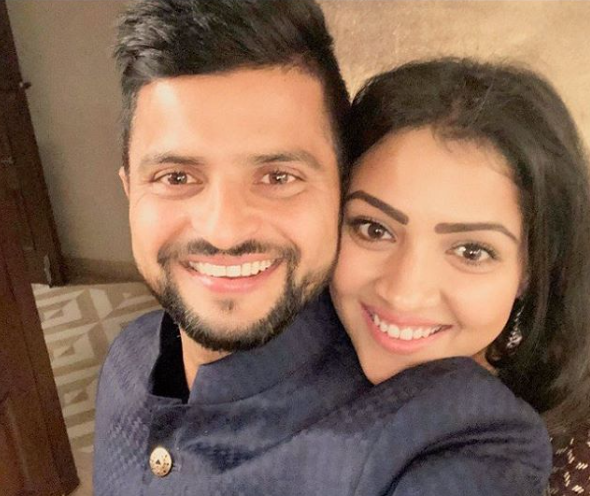 Suresh and Priyanka love posting adorable pictures with each other. On February 3, 2021, Priyanka had taken to her IG handle and had shared an adorable picture to wish her hubby, Suresh on their sixth engagement anniversary. In the picture, Suresh was seen sitting on one knee and proposing Priyanka with a ring, while she blushed. Along with the picture, she had written, “Six years of when a ring popped out of the blue...had me completely speechless! Not just that day... I would say a “Yes” to you today, tomorrow & forever my love @sureshraina3 #sixyearsengaged.” 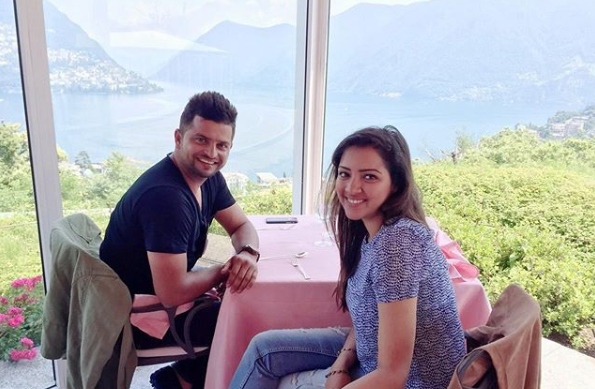 We had seen a glimpse of the cricketer's affection for his family a few months ago. Suresh Raina had gotten inked with the names of his wife, Priyanka Chaudhary Raina, and their kids, little Gracia Raina and baby boy, Rio Raina. Suresh had posted pictures from his inking session on his IG handle with the caption, "They give me a reason to live", followed by a heart emoticon.

Also Read: Satish Kaushik Reacts To Neena Gupta's Memoirs, Says It Was His Affection For Her As A Friend 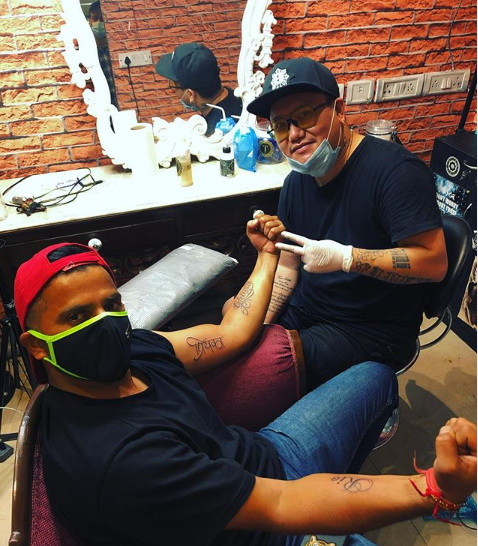 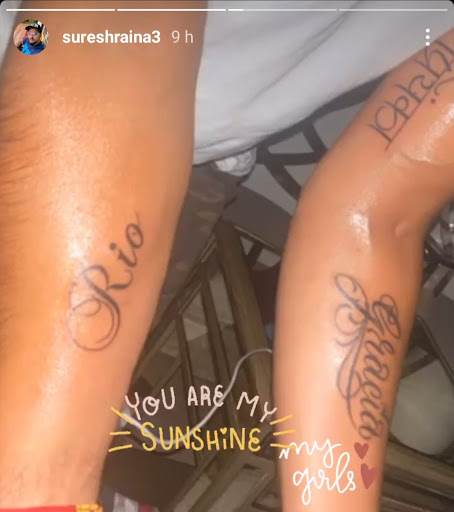 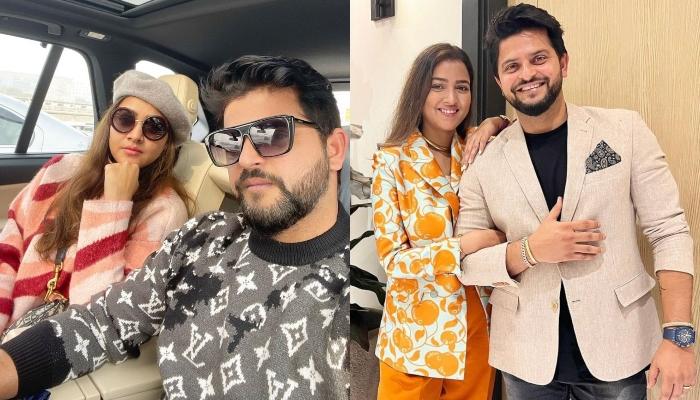