He is one of the most acknowledged stars in the cricket world. Not only the vice-president of IPL team Chennai Super Kings (CSK), he is also amongst one of three men who have scored centuries across all 3 formats of international cricket. Any guesses who we are talking about? Well, it’s none other than the one and only, Suresh Raina. This handsome hunk has not only has all of the aforementioned achievements in his kitty but also has a record of consistent delivery on the field. 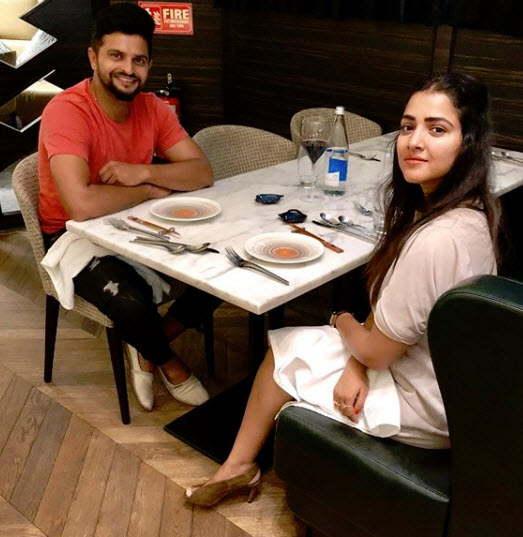 The off-spin bowler and fielder, Suresh Raina, even led Chennai Super Kings into the finals of IPL 2018 along with another legend of the cricket world, MS Dhoni. Referred to as a “hard hitter” by the media as well as his crazy fans, Suresh Raina is equally an amazing husband and a father at home. 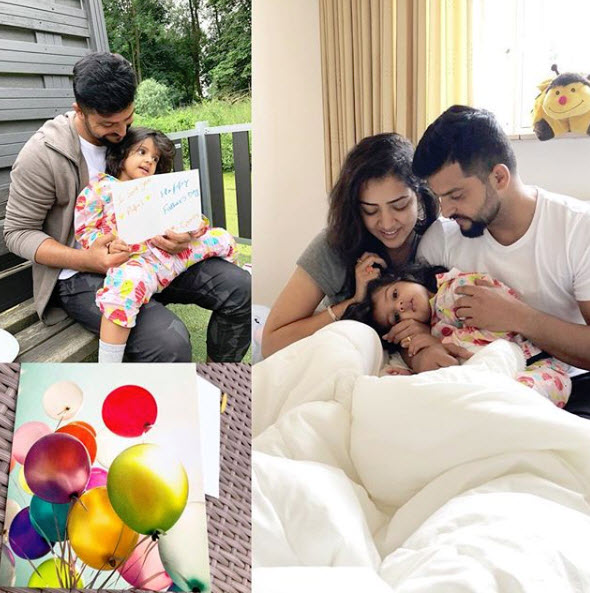 Suresh walked down the aisle with Priyanka Chaudhary on April 3, 2015, and it was undeniably a grand wedding. Together they have a cute little daughter whom they lovingly named, Gracia Raina. To take a break from his hectic schedule, the cricketer spends some quality time with his family in his Ghaziabad's love paradise. Here, we take you to the tour of the same:

You May Also Like: Kabir Khan And Mini Mathur's Mumbai Home: A Greek Abode Full Of Colours, Creativity And Crookedness 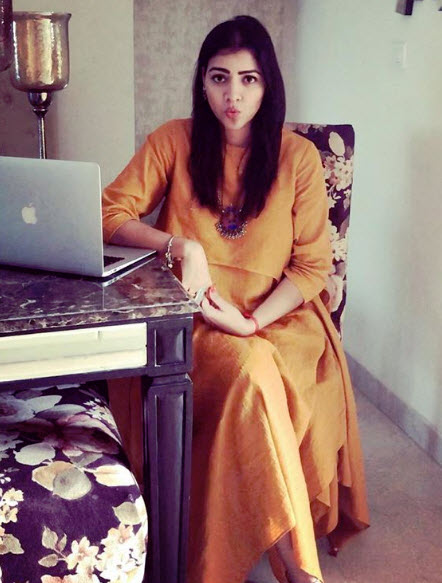 For the ones who don’t know, Ghaziabad is Suresh’s birthplace and here is where the cricketer is living with his family, wife, Priyanka and baby Gracia. Suresh's Ghaziabad abode is a cottage-like structure home. We get to see the glimpses of his heaven-like house on the couple's social media accounts. Both, Suresh and Priyanka are ardent social media users, so they keep sharing pictures and videos with their little one on the internet. 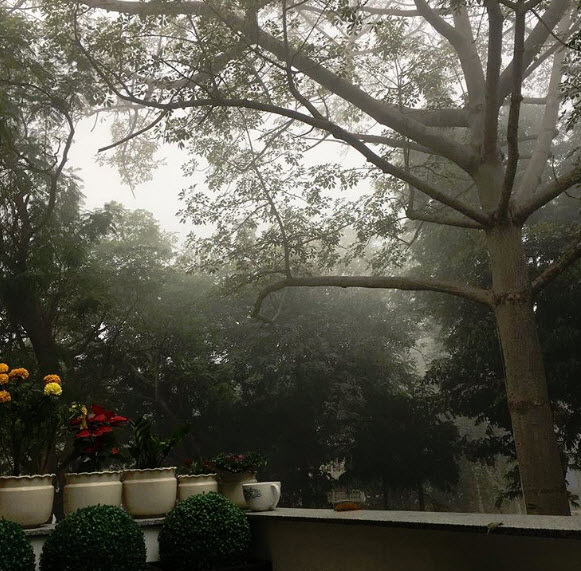 Suresh’s house is an emblem of a crisp and contemporary design and it perfectly reflects cricketer’s preference of refreshingly urban creation. Boasts of some amazing and stunning views from the balcony, the house is though compact in size but completely surrounded by the lush green garden. One look at Suresh’s house and you can judge he is a nature lover. The balconies of his house are embellished with plans and flower pots of various shapes and sizes. Quite a lot of natural light gets in their house into their living room through the balcony as well as the entrance. 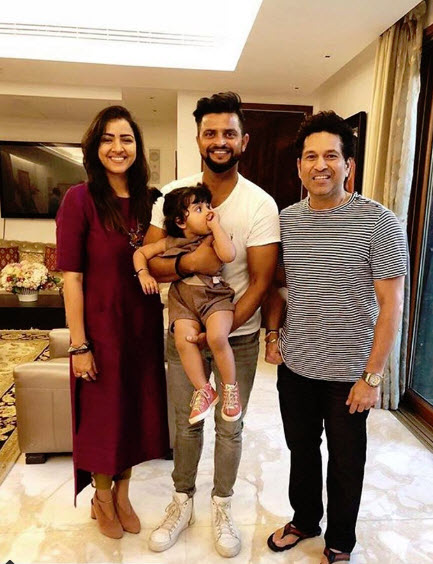 Suresh Raina’s family home is a child-friendly home in particular. The brick walls and a huge television in the living room tell us exactly the purpose of entertaining the friends and family or the guests whosoever comes. Black and white granite surfaces on the floor and table surfaces go well with the otherwise white facade of the home.

Also Check: This Is How The Interiors Of Shah Rukh Khan And Gauri Khan's House 'Mannat' Look Like 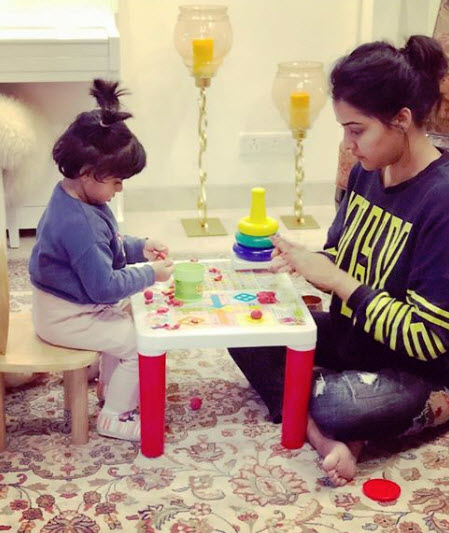 Suresh Raina and his family’s taste for prints is completely visible in the pictures. Right from the tapestries, rugs to soft furnishings, small, medium or big floral prints can be seen all across the home. In addition to this, we can see how baby-friendly this home is. 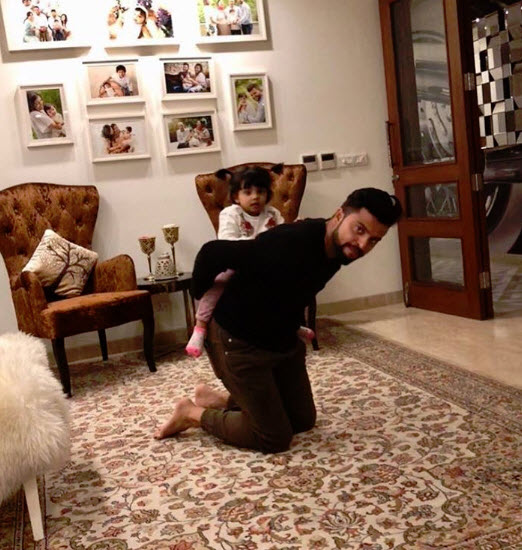 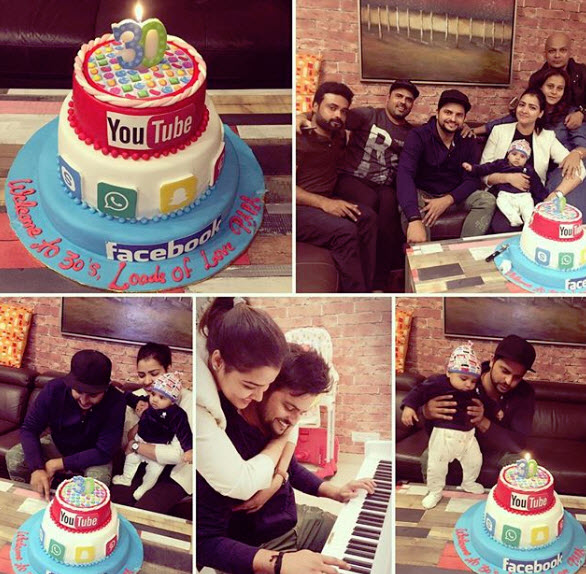 Suresh knows his daughter Gracia is a little one and so corners of each and every furniture is thick and rounded. The bright and pops of the colours are catchy to the eyes and you can enjoy its colourfulness and playfulness. Gracia’s pictures are also artistically draped in different portrait-sizes across the white walls.

Do Check: Radhika Apte And Her Husband Benedict Taylor's Dream Home Is Personal, Magical And Full Of Life The exact location of Suresh Raina’s house is in Muradnagar, Ghaziabad, Uttar Pradesh. The current market rate of Suresh’s house is around Rs 18 crores. For the ones who don’t know, the net worth of Suresh Raina is over Rs 150 crores. Out of which Rs 27 crores is the cost of his personal properties as well as he owns luxury cars worth Rs 6 crores.

It is reported that the Net Worth of Suresh Raina is likely to grow by 75% in the next three years. Suresh Raina is one of the prominent celebrities in India across all regions, which is what has led to his higher brand valuation and Net Worth.

Recommended Read: John Abraham And Priya Runchal's Penthouse: True To Its Name, It's A Villa In The Sky

Isn’t Suresh Raina’s Ghaziabad house a heavenly abode? We just can’t stop swooning over this lavish and neat house. What do you guys have to say on this? Do let us know in the comments section below!