Mahesh Bhatt's life is filled with a lot of twists, but getting married for the 2nd time was the biggest milestone. Scroll down to know problems he had faced after getting married to Soni Razdan!

Marriages are complicated and if you are not with the right person, you are bound to take the wrong route and fall prey to extra-marital affairs and whatnot. In the world we live in, a marriage can easily fall, but it takes a lot of effort to make things okay. However, there are times when you cannot help it and accept the mess you are in and move on to stay happy. And that's what happened with Bollywood director and producer, Mahesh Bhatt. After all, his life has been all shades of grey. (Recommend Read: Shilpa Shetty Kundra Twins With Her Daughter, Samisha In Shades Of Green For Her First 'Kanya Pujan')

At the age of 20, Mahesh Bhatt had tied the knot with the love of his life, Kiran Bhatt, who was known as Lorraine Bright before marriage. She was the first lady in the director's life. But their marriage didn't last long as Mahesh Bhatt's extra-marital affair with Praveen Babi became the prime reason for the trouble in their paradise which lasted two-and-a-half-years. In the meantime, the director had decided to stay legally wedded to his first wife, Kiran while agreeing for a mutual separation. After quite some time, Mahesh had again fallen in love and this time it was 'forever', and it was none other than Soni Razdan, whom he had secretly dated for around two years. 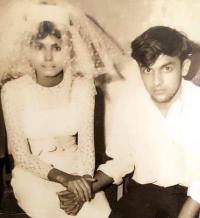 It was in the late '80s when Mahesh Bhatt and Soni Rajdan had gotten married. Their relationship had a rocky start, and in a throwback interview with Simi Garewal in 1998, Soni and Mahesh had talked about their love, and how they overcame all the obstacles. Soni had talked about the altercations with Mahesh’s first wife, Kiran Bhatt, aka Lorraine Bright. Soni had shared, "For a while, maybe, but that went away over the years. We get along very well now, but we’d had our fights. Initially, when we weren’t married, there were problems. But after that, once I got married to him, we’ve been very, very good to each other." 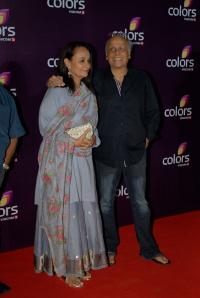 On this, Mahesh Bhatt had jumped in and had shared how his first family was right on expressing their views. He had said, "There was resentment early on. She was this evil seductress who took their papa away. I let them express their rage, their anger." The director had shared that he had never tried hiding the affair from his daughter, Pooja Bhatt, who was 10-years-old at that time. He had revealed to his daughter that he was seeing a girl. (Also Read: Neha Kakkar Twins With Her 'Dulha', Rohanpreet In Pink Ensemble, Dons A Unique 'Jaimala')

For those who don't know, Mahesh Bhatt's family is a perfect example of a modern family as they have no hatred or resentment towards each other now. In an interview with the Stardust, Pooja Bhatt had talked about the same and had shared, "I’ve been very lucky that I’ve not had a really traumatic childhood. Okay, Mom and Dad used to fight and there would be utter chaos at times at home, but I would only be a silent spectator to all this. I was too young to do anything about it. Of course, it did have some psychological effect on me, but then I guess I was growing up and learnt to accept it as part of my life. My parents never hid anything from me." 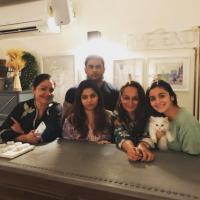 In the same interview, Pooja Bhatt had revealed her equation with her step-mom and had said, "In the beginning, like I said, we (Soni and I) were total strangers and she was my enemy. But they say na, that time heals all wounds. It healed my heartaches as well. We began by saying hi, hello and then onto making small talk. It took off from there and now we are good friends. It’s just of late but mom too has started speaking to Soni. Dad and I didn’t try to make them friends. It was on their own that they did so. Done mutually on their own. Now they get along fine." (Don't Miss: Rani Mukerji Is Missing Family Get-Together On Navratri This Year, Will Celebrate A Low-key 'Pujo')

Well, we are glad that Mahesh Bhatt, Soni Razdan and Kiran Bhatt had healed from the wounds of past!