Revathi ruled the hearts of millions in the 80s and 90s. While her professional life was touching the sky, her personal life was sailing through the harshest sea. Deets Inside!

Some people are very lucky in the matters of heart, whereas some have to face a lot of ups and downs. One doesn’t calculate the risk before falling in love, it is always a gamble, sometimes it works, sometimes, it doesn’t. But that doesn’t stop an individual from falling for someone. Such is the power of love that it makes everything beautiful, changes the perspective towards life and gives a vision to look beyond. And this story is about one such relationship, which might have sunk in the middle of the marital flaws, by that didn’t stop this lovely couple from being there for each other.

(Recommended Read: He Is Conventional, She Is 4 Years Older: Love Story Of Mahesh Babu And Namrata Shirodkar)

Meeting The Love Of Her Life And Getting Married 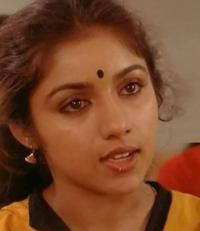 While she was in school, Revathi had taken part in a fashion show and one of the pictures was selected to be on the cover of a Tamil magazine. And the picture featuring her was spotted by Tamil director, Bharathiraja, who had casted her as the female lead in his film, Mann Vaanai. The film was a silver-jubilee hit and Revathi had become a star overnight. 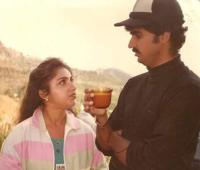 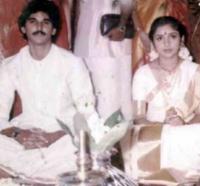 In 1993, Revathi and Suresh had acted in the hit movie, Puthiya Mukham, which was directed by Suresh himself. The film, which was their last movie together was a superhit both critically and commercially.

(Recommended Read: Even After 13 Years, The Love With Which Apurva Clicks His Wife Shilpa's Pics Is Beyond Words)

Clash of thoughts and differences of opinion had turned into never-ending arguments between Revathi and Suresh. Although they had looked like an ideal couple but the turbulence in their married life was building up. Apart from all the differences, the couple not being able to conceive had added further troubles to their relationship. 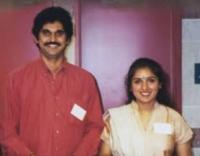 After being married for 16 years, in 2002, Revathi and Suresh had decided to separate amicably and had started living away from each other before applying for divorce. The duo had then filled separate petitions seeking mutual separation. On April 22, 2013, a family court in Chennai had granted them mutual divorce, considering the fact that the two had been living separately for the past 10 years.

Life After Divorce And Embracing Motherhood 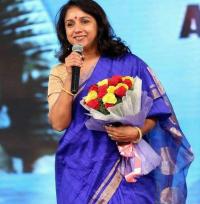 After their mutual divorce, Revathi and Suresh had stepped away from the limelight and had taken a break from the glamour world. In a media interaction, Revathi had revealed that she and Suresh would remain friends even after the divorce. 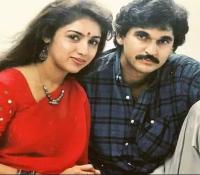 On Revathi’s 48th birthday, the talented actress had surprised everyone when she had announced that she had become a mother. By posting a picture of herself with her daughter, Mahee, Revathi had written, “To add to all the happiness, just want to share the reason for my disappearance for a while, rather a couple of years. My daughter MAHEE, she has taken over my life totally and has changed it, filling it with beautiful moments. Want to share this with all who have been so supportive. Just for you all dear friends.” 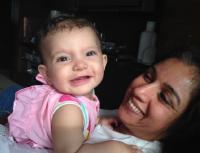 After the revelation, there had been many rumours and speculations that Revathi had followed the footsteps of fellow actress, Shobana and had embraced motherhood through adoption. But after five years, in a media interaction, Revathi had opened up about her daughter, Mahee and had stated that she is her biological child. 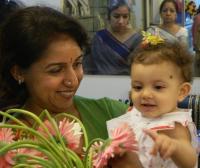 The beautiful actress had revealed that after her divorce, she wanted to have a child and with the help of her parents, she had conceived and had given birth to a baby girl through In Vitro Fertilisation (IVF). She had also revealed that despite being conceived through IVF, her five-year-old is as healthy as any other child. Revathi had also revealed that she had opened up about her daughter because of the rumours pertaining to her identity and she didn’t want it to affect Mahee in the future. 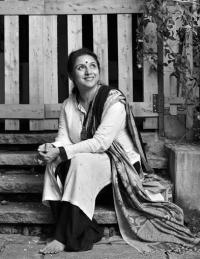 In the thirty years career graph, Revathi has acted in more than 100 films in Tamil, Malayalam, Kannada, Telugu and Hindi. Besides an array of films in regional languages, Revathi has done some tremendous works in Bollywood. Her debut film, Love opposite Salman Khan and other films like Ab Tak Chhappan, Nishabd, 2 States and Margarita With A Straw are some of her notable roles in Hindi cinema. 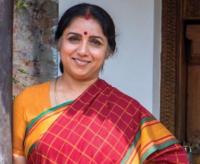 She had also featured in many serials. Besides acting, Revathi had also donned the hat of a director and producer and done several feature-length films and TV serials. Revathi had won many accolades for her performances and had bagged numerous awards including three National Awards, Tamil Nadu State Film Awards and many more. 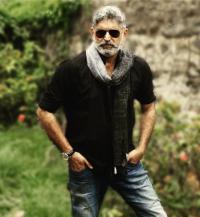 Meanwhile, Suresh Chandra Menon had taken a long break from the movie industry. After directing Pudhiya Mugam and Paasamalargal in 1993, he had made his comeback in 2017 with the Tamil-Malayalam bilingual film, Solo. His role as a villain in the 2018 Tamil film, Junga starring Vijay Sethupathi was much appreciated.

Revathi’s professional and personal life are in complete contrast with each other. While she had a flourishing career with only ups, her 27-year long marriage to Suresh Chandra Menon didn’t had a happy ending. Despite being a top-notched actress of her times, her personal life had to sail through a lot of storms.