After Conceiving Inaaya, Soha Ali Khan Brought One Change In Her Diet To Stay In Shape And Healthy

After Conceiving Inaaya, Soha Ali Khan Brought One Change In Her Diet To Stay In Shape And Healthy 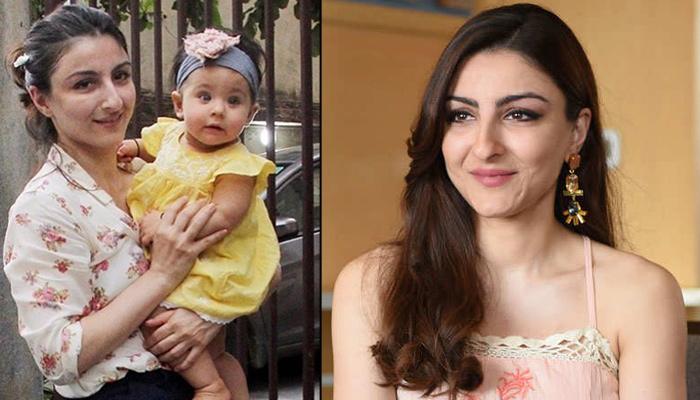 Actress-author Soha Ali Khan and her actor-beau Kunal Kemmu welcomed their first daughter, Inaaya Naumi Kemmu on September 29, 2017. While Soha was pregnant with Inaaya, she not only gave major maternity fashion goals like her sister-in-law, Kareena Kapoor Khan, but she was a fitness freak throughout and after her maternity period. (Also Read: Kareena And Soha, The Nanad-Bhabhi Jodi Of Bollywood Gave Us Major Pregnancy Fashion Goals)

Soha proved that with a healthy diet and regular yoga, soon-to-be-mommies can maintain their fitness and stay in shape. Sharing her pregnancy and post-pregnancy diet, Soha told IANS, “Ever since I became pregnant, that’s when I made a change to move from anything that has chemical in it to things that were 100 per cent natural.” 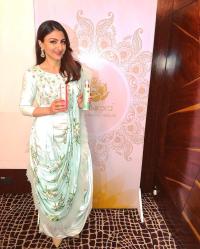 The Perils of Being Moderately Famous author further added, “As a new mother, I don’t want to be around toxins because I like the fact that they say that what you eat is what shows on your skin and the other way round that what you put on your skin you should be able to eat. I like that kind of realistic approach especially around Inaaya now.” (Also Read: 15 Bollywood Actresses Who Wore Stylish Gym Outfits And Gave Major Workout Fashion Goals) 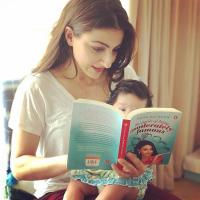 Soha Ali Khan, who recently launched an Ayurveda skincare brand in India, shared that her beauty routine includes cleansing twice a day. Soha was quoted as saying, “In the morning when I get up, I cleanse, moisturise and then use a sunscreen. Through the day, I often don’t have time to do anything else but in the evening I make sure to take off my make-up properly.”  (Also Read: 7 Bollywood Super Mummies And Their Secret Diet Plan To Help Shed Those Extra Kilos After Pregnancy) 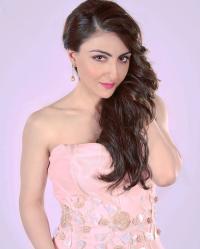 Soha also asserted that one needs to put in a special attention to skin with the ageing process. She stated, “The older you get, you don’t take yourself for granted in a way that you do when you were a teenager. So now I make sure that at the end of the day, I want to wash all the impurities off my face that I have accumulated, so I use a cleanser as I have dry skin.” (Also Read: She Feared She Would Cough The Baby Out: Soha's Journey From 'Womanhood' To 'Motherhood') 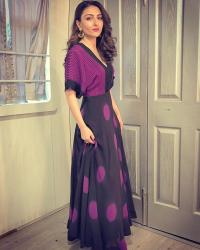 Soha Ali Khan’s eight-year-old munchkin is taking up all mommy’s attention, and even Soha has decided to not take up full feature films. Soha remarked, "To do a feature film is a big-time commitment and I made that personal decision to give Inaaya a year of my life with as much attention as possible. I thought when she is old enough, I will take on more work. The thing is, she is 8-and-a-half-months now and is ready, but I am not." (Also Read: Mommy Kareena Practiced 'Aerial Silk Yoga' To Lose Post Pregnancy Weight And Balancing Out Hormones) 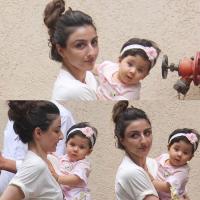 In a recent interview, when asked Soha if she has seen her bhabhi Kareena Kapoor Khan’s film, Veere Di Wedding, she retorted, "I haven't watched it and again, that I blame everything on Inaaya, its great but I do want to see it." Soha credited her husband, her mother and her in-laws to remind her time to time to take care of herself as well. She shared, "I don't look after myself after becoming a mother but today for the event, I am all dressed up with makeup and stuff. If you look at me in my house... where I am not properly dressed and my hair is not done properly." (Also Read: 7 Simple Yoga Poses To Loose Post-Pregnancy Weight Quickly At Home) 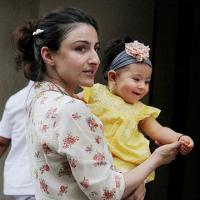 Soha further continued, "Luckily, in my life, there are people like my husband, mother and in-laws who remind me to look after myself because if I fall sick, then it will have huge consequences on Inaaya so, it is very important to look after yourself and also important to be hygienic, clean and healthy which I have understood." (Also Read: 16 Post-Pregnancy Transformation Of Celebrities Who Bounced Back To Slim Original Look) 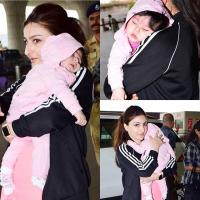 Speaking of her next project, Tigmanshu Dhulia's Saheb, Biwi Aur Gangster 3, Soha talked about her role and revealed, "He called me last year October and asked what I was doing, I replied that 'I am busy in October as I am having a child' so obviously it was difficult for me to do a movie but they managed to use my character towards the end of the film." She further added, "I can step away for short periods of time and I didn't realize it is only going to become more difficult to step away and its never enough time." (Also Read: Soha Reveals Inaaya's 1st Flight Experience; More Sympathetic Towards People Who Travel With Babies) 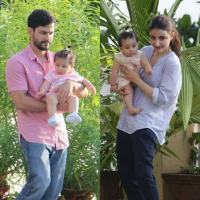 Next Read: Mahhi Vij Trolled For Using Adopted Kids For Publicity, Hits Her Trollers Back With A Perfect Reply