Mahhi Vij Was Trolled For Using The Adopted Kids For Publicity, Her Reply Is Bang On

Mahhi Vij Was Trolled For Using The Adopted Kids For Publicity, Her Reply Is Bang On 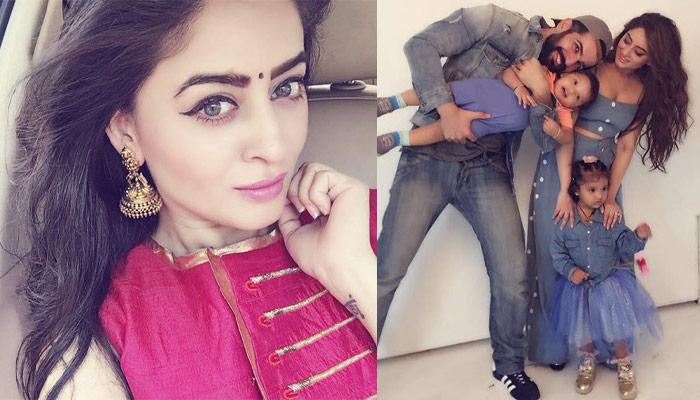 All of you must have been superbly elated when Krushna Abhishek and Kashmera Shah shared their first family picture with their kids- Rayaan and Krishaang. The couple celebrated the first birthday of their kids where many renowned faces from the telly world were seen at the bash.

One such famous telly star, Mahhi Vij from Balika Vadhu fame, was also seen at the party, all dolled up with her two adopted kids- Khushi and Rajvir. When requested by photographers to pose together with her kids, Mahhi was seen holding the hands of her kids, who were shying away from camera and bringing them in front of the shutterbugs. Check out the video here:

However, this did not go down well with trollers who accused Mahhi of dragging her kids to pose for the limelight. The trollers openly shamed Mahhi for ‘using’ her kids just for the sake of publicity. Go through some of the comments below: But Mahhi had the perfect answer and gave it all back to the trollers. When questioned about the same, she shared with TOI, “It absolutely doesn't bother me. Such haters really need to get some positivity in their lives. Over social media, things aren't under ones control and can't alter or filter the hatred or love. I just feel that these people who have been on a spree in passing mean comments against my way of dealing with my kids, feel better when they spread negativity." (Do Checkout: Randhir Kapoor Opens Up About Karisma Kapoor's Plans To Get Married Again And Start Another Family) 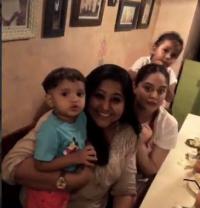 The Laagi Tujhse Lagan actress also said, “Firstly, I know how to handle my kids. Their family has been with us for over 15 years now. They are family to us and the kids are adorable. Anyone will instantly fall in love with them. Tomorrow, if Jay and I have our kids, things will never change for Khushi and Rajvir. They are our life. Both of us have thought over this and decided that all our kids would be dealt on the same grounds and platform. We know we won't ever be unfair to either of our babies”.

And concluded by saying, “Both these kids have been destined to have a better life and that's God's plan for them. Jay and I are just the medium. My friends who come over, see how I treat my babies and I absolutely don't need to give any justification or show how I deal with them to anyone else. For the ones trolling, they really need to get something better and positive in their lives to flush out the unwanted negativity from their minds. And as far as publicity gimmick is concerned, I am solely enough to get the publicity.” 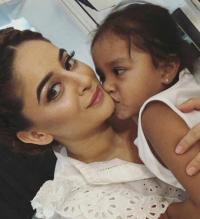 Mahhi along with her actor-husband Jay Bhanushali adopted her caretaker’s kids and decided to fund their education and give them their valuable time. The actress has time and again shared adorable pictures of both of her kids on her social media handle.

Mahhi and Jay, you have won all hearts for giving in to such a noble cause. Kudos to you Mahhi, for standing up for what you believe is right. We wish your family truckloads of happiness!

Next Read: Divyanka Tripathi Dahiya Slams The Troll Who Questioned Her Hubby Vivek Dahiya's Love For Her