This Bollywood diva is camera’s favourite child, as she has never shied away from flaunting herself. In true sense, she is the queen of Bollywood. We are talking about Kareena Kapoor Khan, one of the best things that Bollywood has given us.

It was in December 2016 when she embraced motherhood and welcomed her first child, a baby boy, named Taimur. Throughout her pregnancy, she broke all the stereotypes, flaunting her baby bump with full panache. By the way, did you guys know that Kareena had put on 18 kgs during her pregnancy?

Recommended Read: 5 Simple Exercises You Can Easily Do During Pregnancy To Keep Yourself Fit 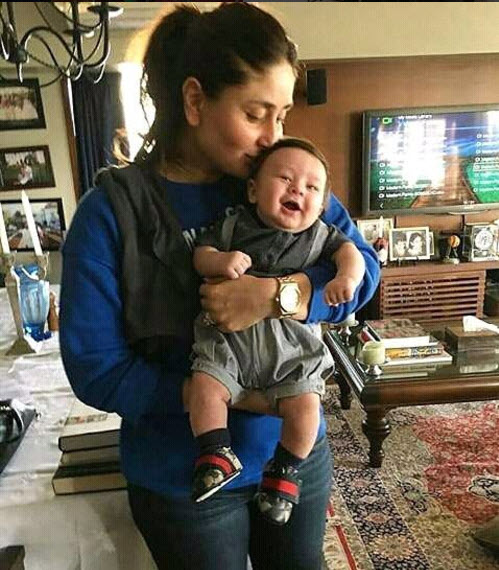 Also Read: How To Stay Cool, Fit And Healthy During Summer Pregnancy

Kareena lost most of her pregnancy weight in a matter of hardly five months. As we all know, even during her pregnancy Kareena closely worked with her dietician, Rujuta Diwekar and now post her delivery, Kareena is once again teamed up with the same renowned dietician to get back into her original shape. You won’t believe how much weight Bebo had lost just a few months after Taimur's birth. According to a report on an entertainment portal, Bebo had lost 12 kilos just five months after Taimur’s birth. 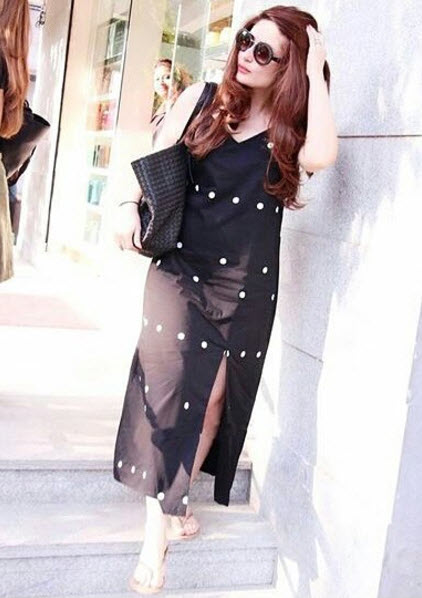 Kareena worked hard for Rhea Kapoor’s Veere Di Wedding and to fit in the role, she was on a weight loss spree. She is looking fitter than ever after this post-pregnancy weight loss. At the trailer launch of Veere Di Wedding today, Kareena revealed that she had signed this film before she was pregnant and that she had to call up Rhea Kapoor, who is Sonam Kapoor’s sister and say that she would need to take someone else. However, Saif supported Kareena and asked her to not give up and start hitting the gym to set an example for a lot of mothers out there! Read an excerpt from her interview:

“I am very very lucky to have a husband who is so understanding. Because apart from of course my producer Rhea (Kapoor) who stood by me and supported me…actually, I signed this film before I got pregnant and I had to call her up after two months to say “I am pregnant and she needs to take someone else.” But the fact that they still wanted to go with me….and change the character to be pregnant! But I said to her, “I really can’t do it and it’s really really difficult and you should do it with someone else”. But I think it was Rhea’s conviction and she said, “No, let’s just wait.” And I think all of them have been very supportive of me for actually waiting.” (Also Read: I Dressed My Kids For Saif-Kareena Wedding: Amrita's Bold Revelation On Kareena And Sara's Bonding) 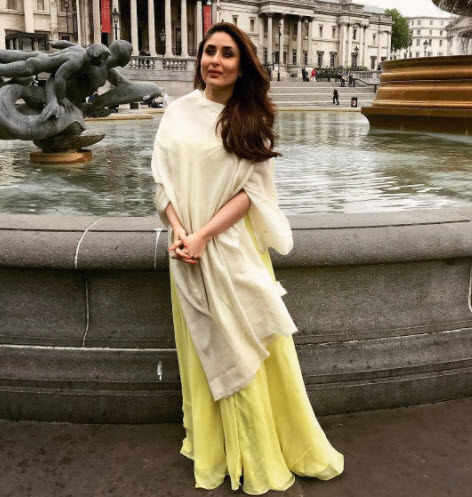 We all know, Kareena practices yoga every day, and her yoga instructor, Anshuka Parwani shared that Bebo is not counting kilos and her focus is on strengthening her core muscles. 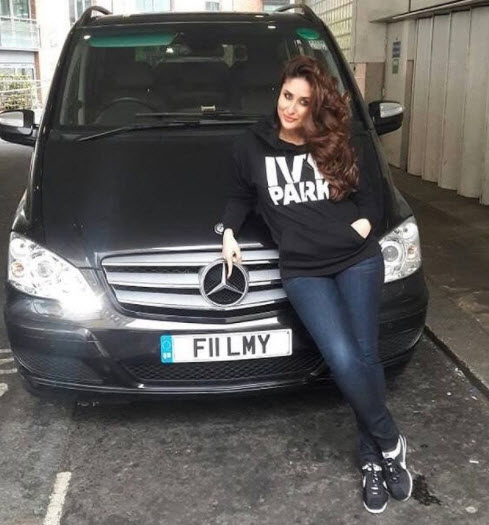 Also Read: Kareena Reveals How Her Dietitian Rujuta Diwekar Is Helping Her Lose The Post-Pregnancy Weight

In fact, Anshuka designed a special workout routine for Bebo, which she followed exceedingly well. She is not only practicing yoga but also doing ‘flyng fit’, a type of aerial twists and palates. 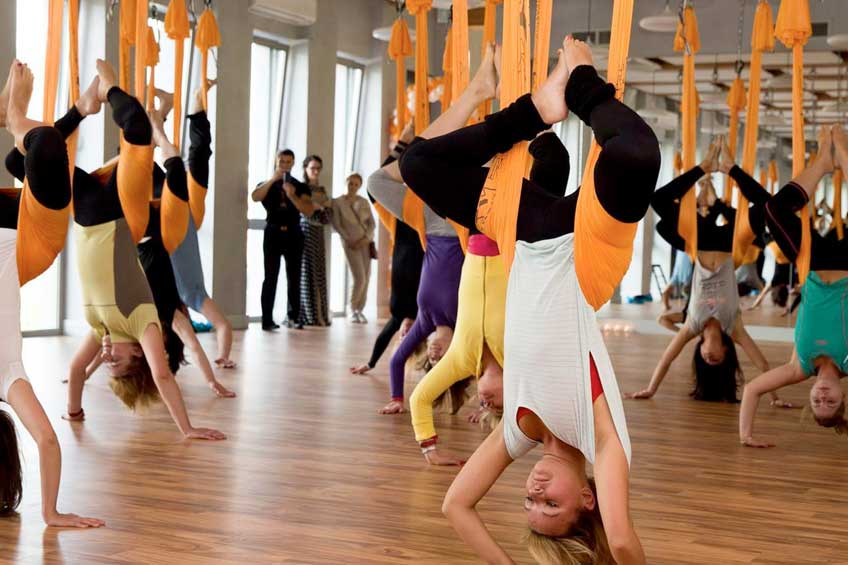 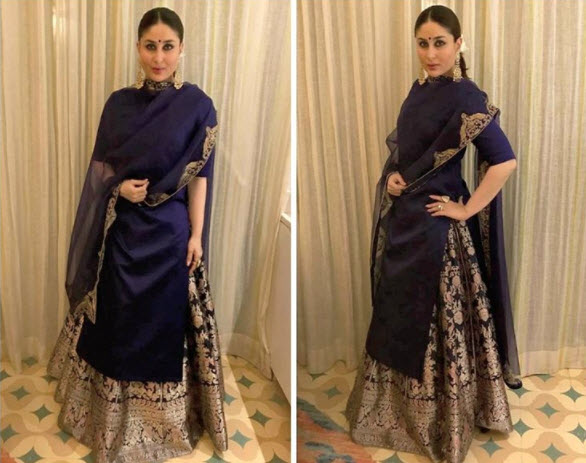 “It’s not about jumping but holding postures. Kareena can hold position for up to two minutes which is an achievement. Her workout is tailor-made and we keep changing the routines. Post pregnancy, it’s been a lot more about balancing out hormones and the endocrine system.” “She practices the ‘Aerial Silk Yoga’ which uses a low-hanging hammock to aid traditional postures by supporting your entire body weight mid-air. Kareena and I are always working towards achieving more aligned postures through relaxation and breathing. I usually travel with her so we don’t miss a session and when I can’t she does cardio.” 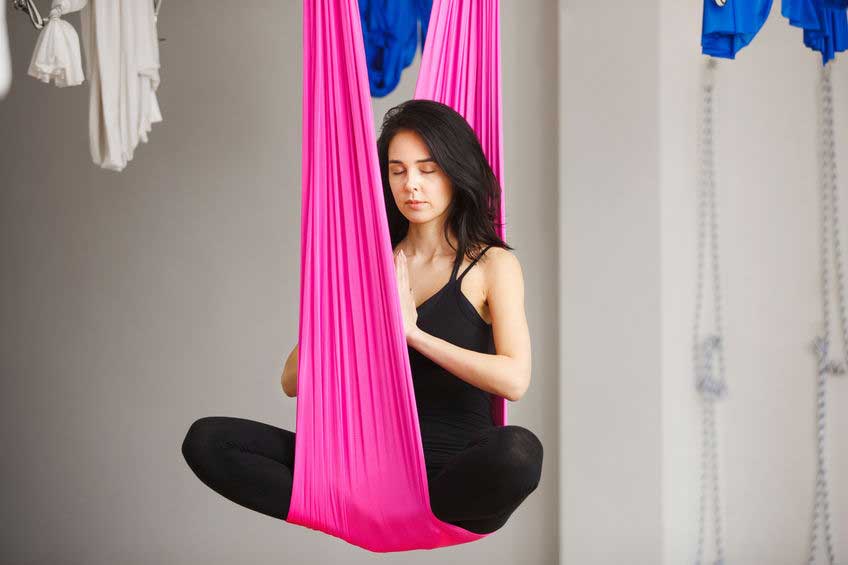 New mommy Kareena definitely did a lot of hard work to get back her pre-pregnancy figure back. We are proud of you, Kareena, you are an inspiration.