After so many months, Shloka Mehta and Akash Ambani's wedding is still remembered as the biggest wedding of 2019. Checkout unseen pictures of the bride of the year, Shloka from her wedding!

The ladies of the Ambanis are known for giving major fashion goals. From the mother of the clan, Nita Ambani to daughter-in-law, Shloka Mehta, the Ambani ladies believe in flaunting their exquisite style on every occasion. And this year, Akash Ambani and Shloka Mehta's grandest wedding celebrations had numerous fashion moments. (Recommend Read: Amy Jackson Shares Lovey-Dovey Pictures To Celebrate Fiance George Panayiotou's Birthday)

For those who don't know, Akash and Shloka knew each other since kindergarten and later studied in the same school. Their childhood friendship grew into love and they started dating after completing their schooling. And rest as, we say, is history! 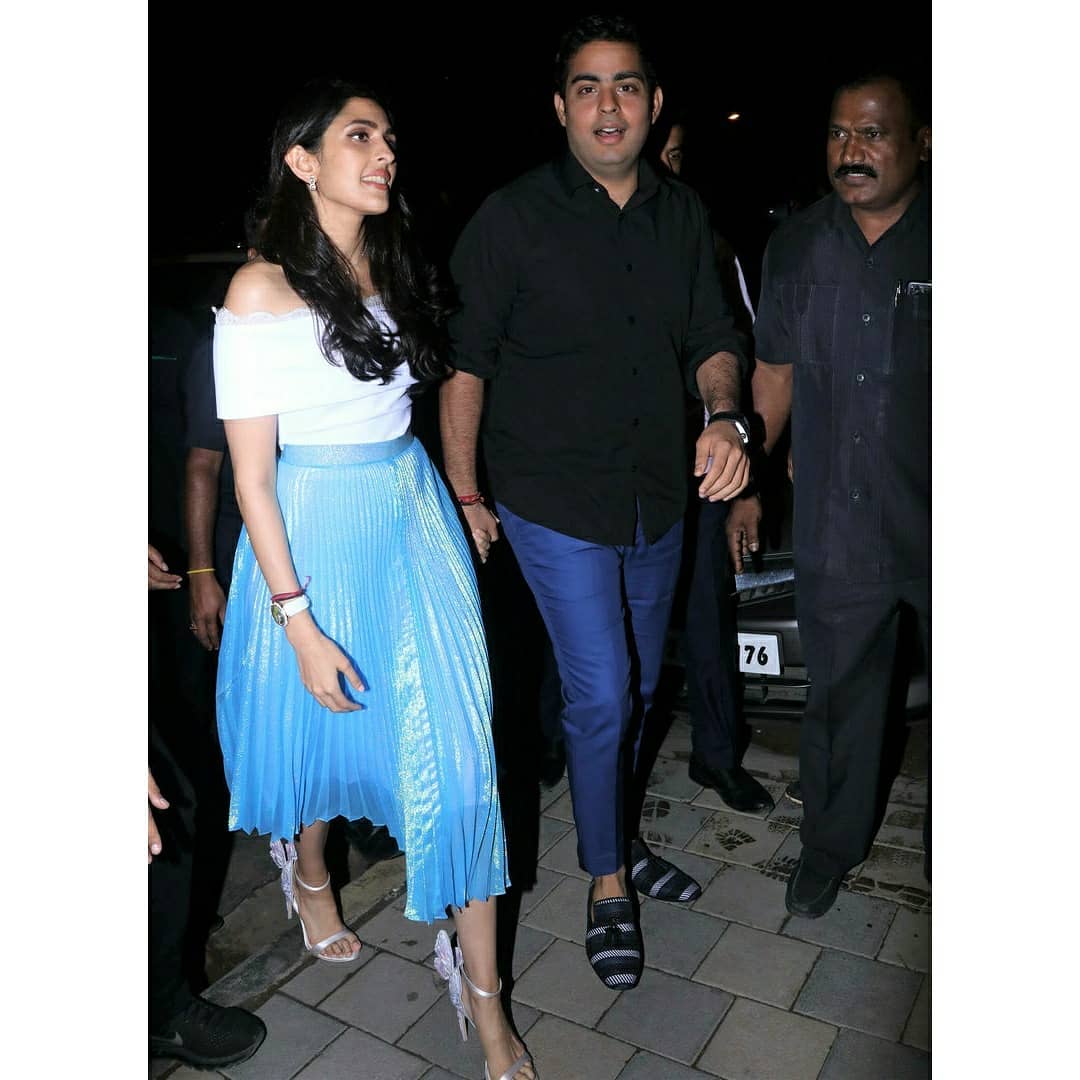 Recently, we got hold of unseen pictures of Shloka from her wedding festivities. In the pictures, we can see her dressed in designer, Rahul Mishra's yellow lehenga that added more charm to her bridal glow. Her look was completed with contrasting choker neckpiece, subtle makeup, and lustrous tresses. Take at her pictures below: The newest member of the Ambani family, Shloka is the daughter of a diamantaire, Russell Mehta. However, all those shiny diamonds never interested her. In an interview, the diva had talked about the business, and had stated, "I’ve never had an interest in business. I think the diamond industry is not very friendly to women. It’s changing but most women typically become jewellery designers or they work in human resources. Those kinds of roles. I don’t think that I have the creative aesthetic sense to be a designer. I don’t think anyone in the family thought it was the right business for me. I think it was never even a consideration for me." (Also Read: Shahid Kapoor Recalls Best Moment Of His Wedding With Mira Rajput, Reveals A Promise He Made To Her) 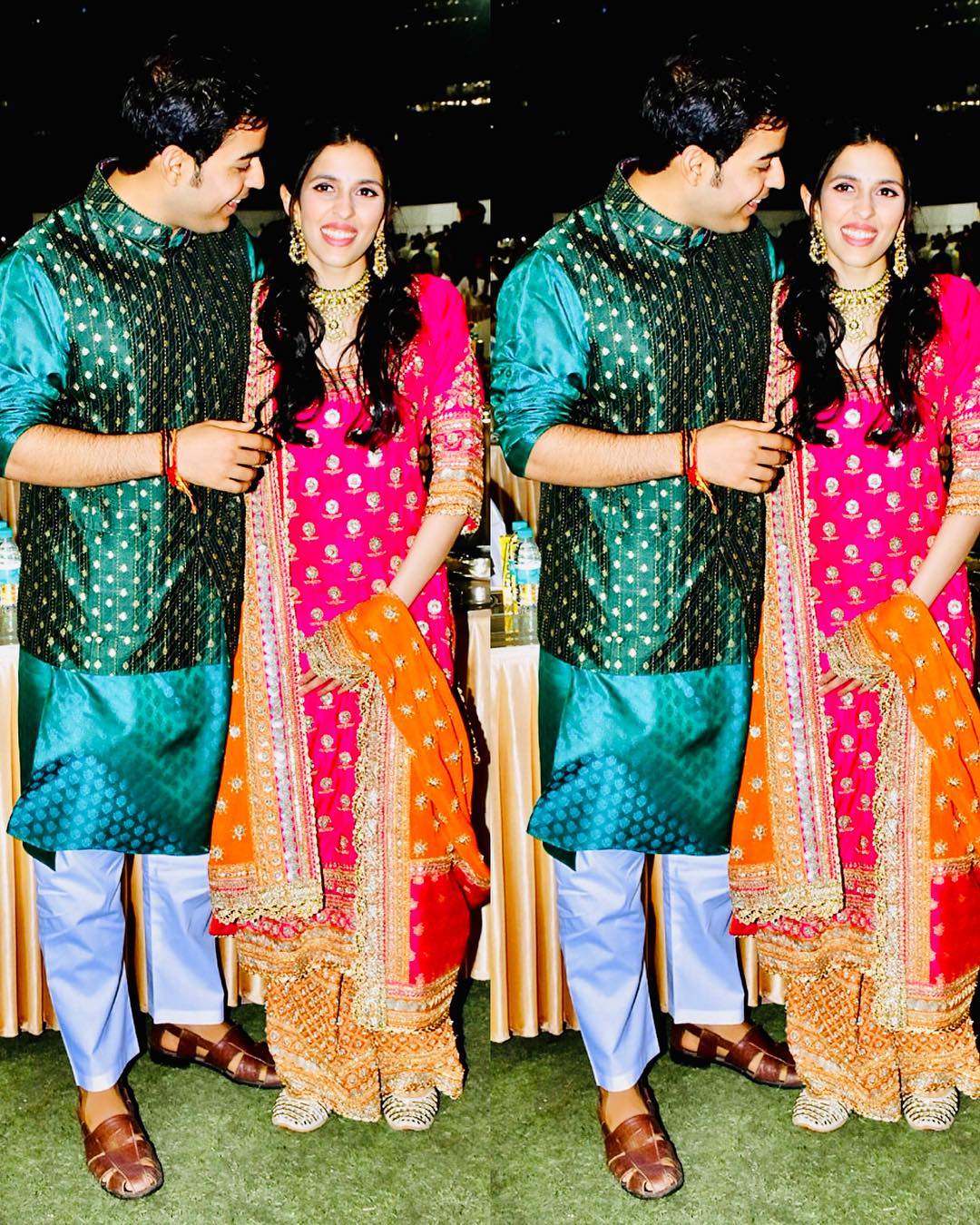 She had further talked about working for social welfare, and had shared, "From my experience, I had recognised that funding is a huge limitation and often your role in an NGO can be chasing grants. I wanted to be on the other side, giving grants, understand what things a grantmaker looks at, and how they decide which NGO to give." Coming back to Akash and Shloka's wedding, we remember how Nita ji had shown her love for the new couple. She had even written a special poem for the duo that could be read as, "They went to Kindergarten to learn ABC, Not knowing — que sera sera — What their future would be…Gummy bears and jujubes, Sparkle pops and jelly beans… Sweetened their lives, From childhood through teens! Till glasses of milk made way for cups of tea… And the Sky fell in love with sweet Chants of glee! From ponytails and Barbies… From pranks and football… The years just blended… And, today they stand tall – With their eyes full of love With one single plea… Their hearts beat in rhythm Singing, “Will you marry me?” Today we bless them, and today we pray: All through their lives, on each golden day, May they always be there holding hands side by side May Gods shower their blessings on this groom and his bride!" (Don't Miss: Imran Khan's Wife, Avantika Malik's Cryptic Post About Walking Away When Needed, Hints Their Divorce)

Dear 2019 brides-to-be, Shloka's yellow lehenga is a must-have for your haldi ceremony!