Shahid Kapoor Is The Best 'Damaad' As He Takes His In-Laws And Wifey, Mira Kapoor For A Dinner Date

Shahid Kapoor Is The Best 'Damaad' As He Takes His In-Laws And Wifey, Mira Kapoor For A Dinner Date

Bollywood actor, Shahid Kapoor once again proved that he is the best son-in-law as he took his wife, Mira Kapoor and her parents on a dinner date. Check out!

Actor, Pankaj Kapur and his first wife, Neliima Azeem's elder son, Shahid Kapoor, is one of the most loved stars in Bollywood. He had broken millions of hearts in July 2015 when he had married a Delhi-based girl, Mira Rajput Kapoor. The couple is proud parents to two beautiful children, Misha Kapoor and Zain Kapoor. And being a complete family man, the Kabir Singh actor never misses a chance to spend quality time with his Kapoor family.

Recently, the actor went on a family dinner with his darling wifey, Mira, and his mother, Neliima Azeem and her parents, Vikramaditya Rajput and Bela Rajput, in Mumbai. In the clip shared by a paparazzo, Mira's father was seen walking towards the restaurant while holding Mira's hands and his son-in-law, Shahid's shoulder. As soon as the video went viral on the internet, fans started pouring love and blessings on the couple. Some even tagged them as 'made for each other'.

A few hours ago, Shahid Kapoor took to his IG stories and dropped a picture-perfect family portrait with his darling wife, Mira Rajput Kapoor, his mother, Neliima Azeem, and his in-laws, Vikramaditya Rajput and Bela Rajput. They posed in stunning casuals for their dinner outing. The beautiful picture of them smiling is proof of their inseparable bond. Sharing the picture, atop it, Shahid wrote how his fam had always got his back during hard times. He wrote:

"#BESTTIMES ARE ALWAYS WITH THOSE WHO GOT YOUR BACK WITH A SMILE. #FAMJAM."

Mira Rajput Kapoor also shares a warm bond with her mother-in-law, Neliima Azeem. In an interview with the Hindustan Times, Neliima was all praises for her bahu, Mira and had said she is an intelligent and understanding person, who does not try to seek attention. Neliima could be quoted as saying:

"Maybe I understand her because she is young, she got kids at a very young age, she's extremely intelligent individual, yet she is kind and giving, understanding -- I was very understanding with my first husband with his talent and his expertise get that break and I actually said 'haan jao.' She is somebody who doesn't try to get her attention or seek that highlight, she's just not a brat. She's well-brought-up." 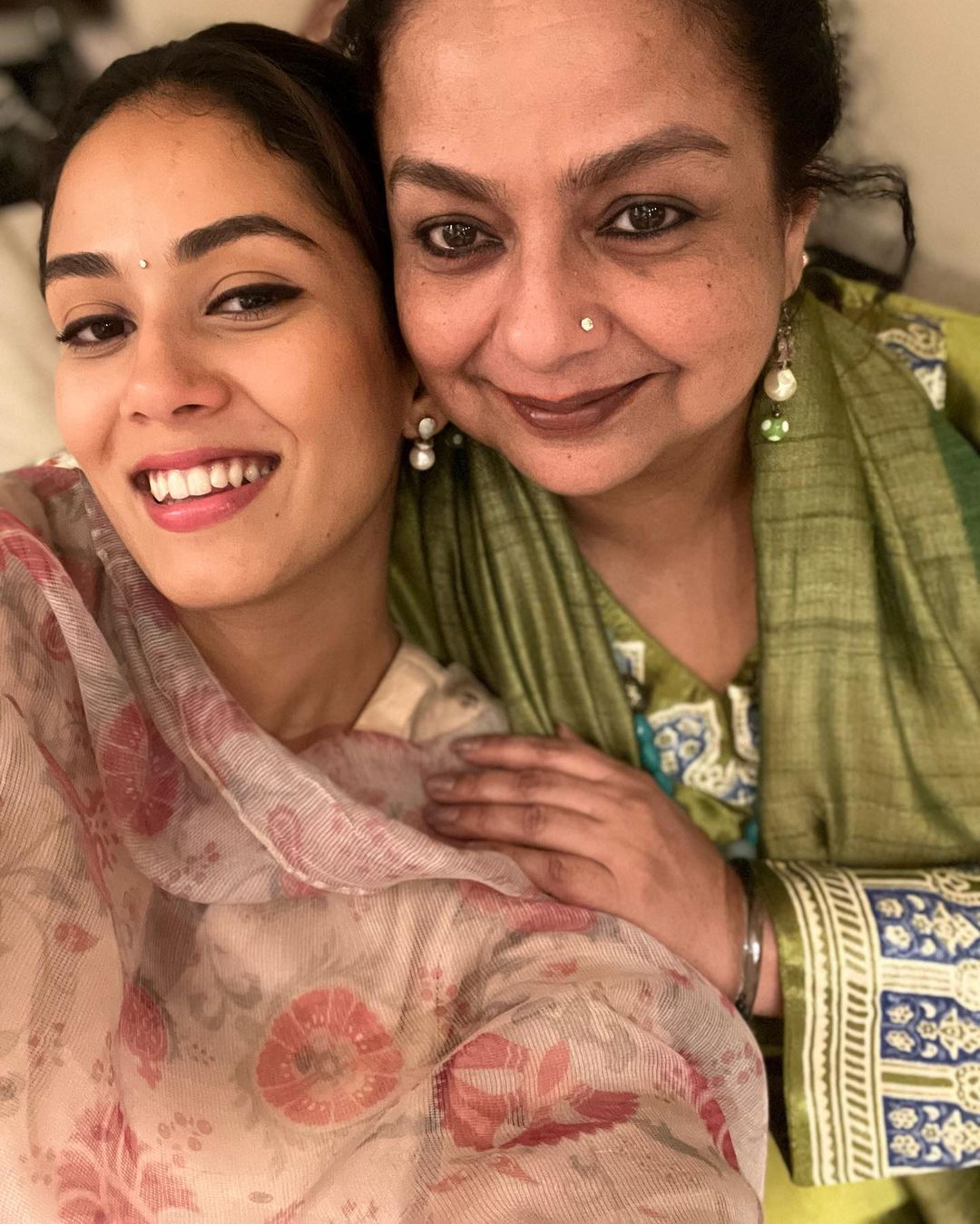 During a media interaction, Neliima had shared that she had an intuition before her son, Shahid had revealed the big news of Mira's pregnancy. Then, in an interview with the DNA, she had mentioned:

"Of course, Shahid had told me at the right time, but I guessed it much earlier. Call it a mother's intuition or sixth sense, but I was pretty sure Mira was expecting earlier. I was extremely happy when Shahid confirmed what I was thinking!" 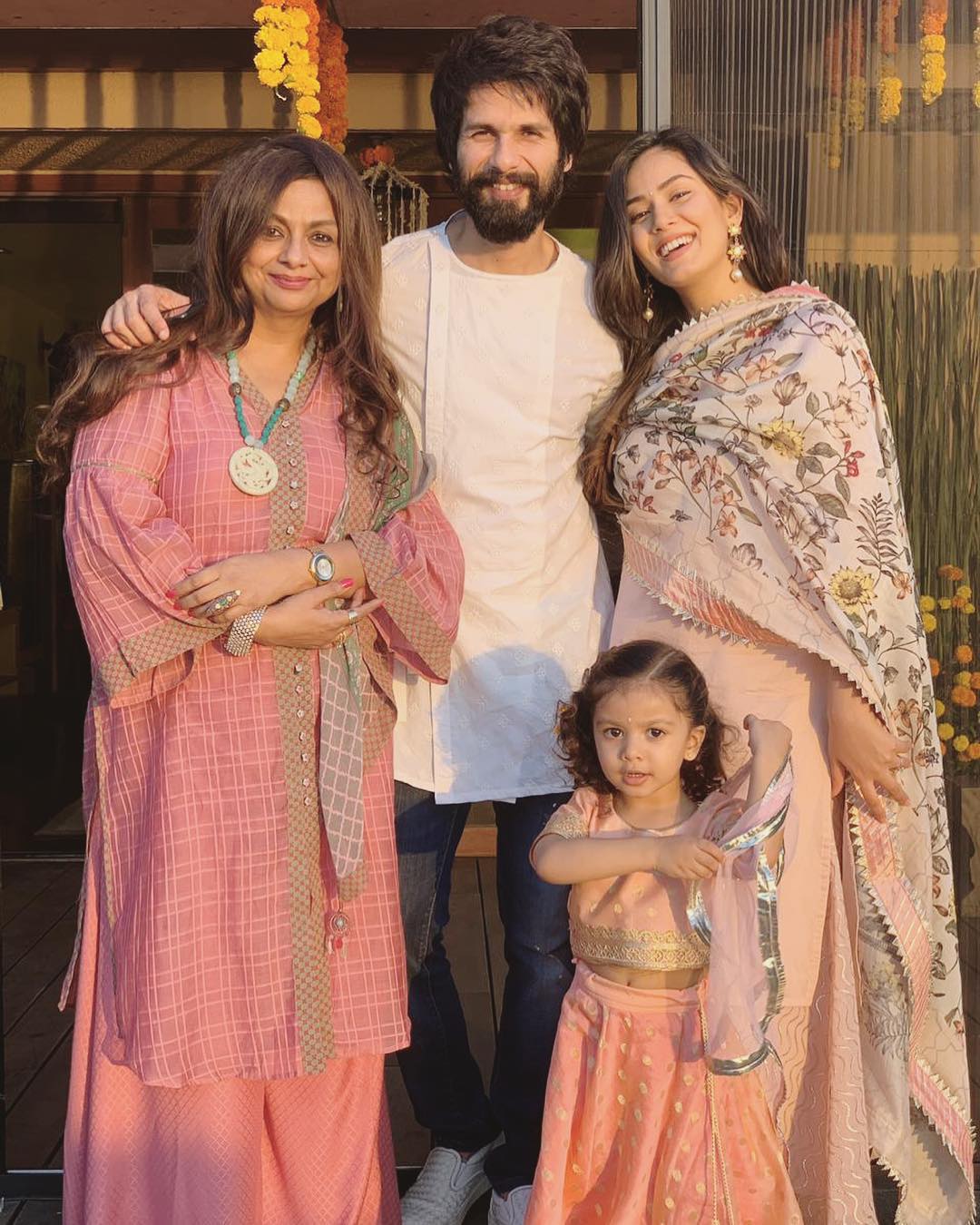 On the professional front, Shahid Kapoor will be next seen in the upcoming film, Jersey opposite Mrunal Thakur.