Twinkle Khanna posted a new video on YouTube and shared tips on balcony makeovers. Check out as the mommy revealed that she forces her daughter, Nitara to make art pieces!

Daughter of veteran actors, Rajesh Khanna and Dimple Kapadia, Twinkle Khanna is an actress, a film producer and an author. The gorgeousness had got married to the handsome actor, Akshay Kumar in 2001, and the couple is blessed with two kids, Aarav Kumar and Nitara Kumar. Twinkle is an avid social media user, who often delights her massive fanbase with adorable moments of her family time.

Twinkle loves to spend quality time with her daughter, Nitara, and she never misses a chance to share the snippets from the same on her IG handle. For instance, on January 21, 2022, Twinkle had given a glimpse of her device-free evening with her daughter, Nitara. In the clips, we could see Twinkle making pancakes for her little munchkin and complaining about how Nitara didn't want to help and only wanted to eat. The video had also shown us Nitara making a face on the pancake with blueberries.

On April 15, 2022, Twinkle Khanna shared a new video on her YouTube channel and gave her fans some tips on revamping the balconies of their homes. She mentioned that the decor of the balcony should change as per your family’s changing needs as she hangs a painting made by her daughter, Nitara, to decorate the balcony wall. In the video, we can see a wooden shelf placed at the edge of the balcony, which was decorated with books, candles, plant pots, cups, and much more. Hanging a few art pieces to add colour to the space, Twinkle said:

"You could also print out family photos or even convince your family to try a DIY art project and get that framed. I force my daughter to make these little little pieces of art with the incentive that I'm going to hang it all up and then she sits and she does it.”

In March 2022, Twinkle Khanna had interviewed the legendary author, Ruskin Bond, on her YouTube channel, Tweak India. During the interview, Twinkle had told the author how he had influenced her daughter, Nitara Kumar, after his first meeting with the young girl. The doting mommy had also revealed the reason behind the hilarious accusation and had narrated the conversation she had with Nitara after the latter's first meeting with Ruskin. Twinkle could be heard saying:

"No, you are still wicked, because yesterday my daughter met you. And she has written an essay about the meeting. She said, 'I met Ruskin Bond, he has a three-legged cat and he told us stories about when he was a little boy. And he said in his exam paper he wrote 'exams are rubbish.' So, you've influenced her in a terrible way even now." A few days ago, Twinkle Khanna had shared a priceless picture with her daughter, Nitara Kumar on her IG handle. The mommy-daughter duo could be seen sharing a kiss in the priceless picture. Along with the adorable picture, Twinkle had penned a long note about motherhood in the caption, and it could be read as:

"A mother needs to keep an eye on her child’s mind as much as she does on her homework. She must follow the tendrils of her thoughts, and each time she sees something askew, she has to nudge it back in place and she needs to do this every single day. I may be far from perfect and I live with that guilt like most other members that belong to this tribe, but if I can do this much, then that’s good enough and perhaps good enough is as marvelous as we all need to be." 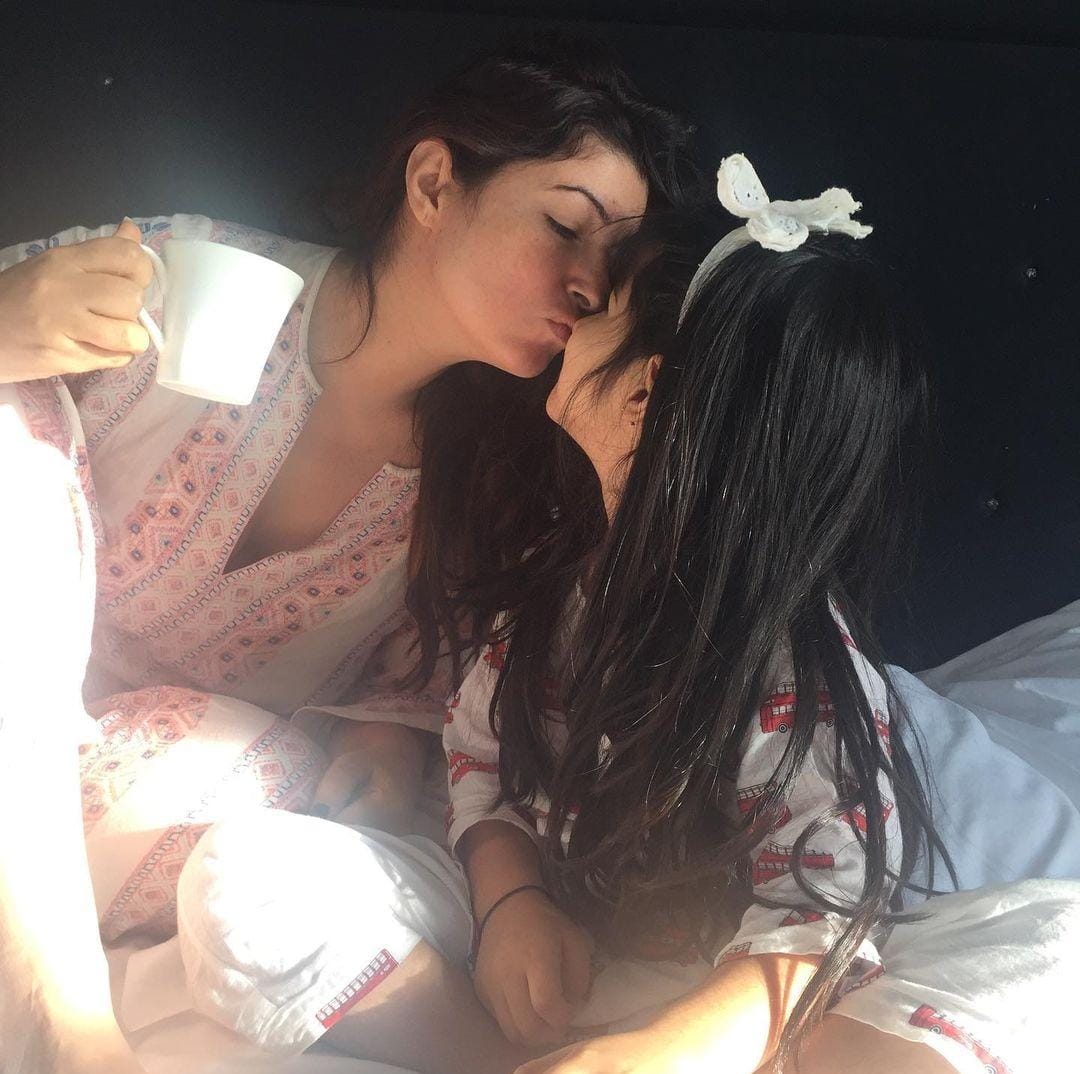 We adore the mother-daughter duo, Nitara and Twinkle. What about you? Let us know. Actress-turned-author, Twinkle Khanna has always been vocal about her unsuccessful acting career. Daughter of veteran actors, Dimple Kapadia and late Rajesh Khanna, the gorgeousness ventured into Bollywood and made her acting debut opposite Bobby Deol in the film, Barsaat in 1995. Later, she went on to star in films like