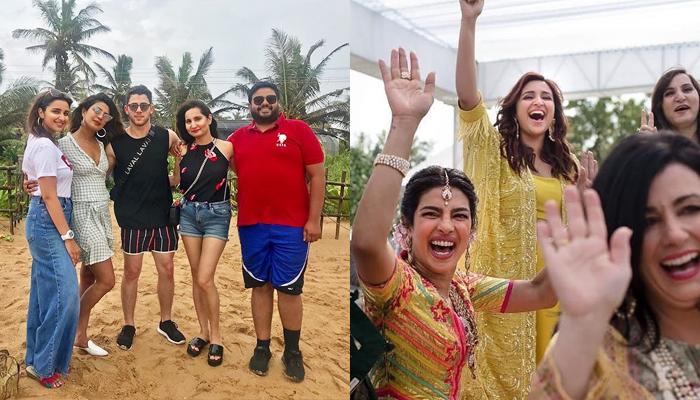 The most excited person in anyone's wedding is his/her sibling. And that's what happened at Priyanka Chopra and Nick Jonas' Jodhpur wedding. Yes, you guessed it correct. We are talking Mimi didi's younger sister, Parineeti Chopra. Remember how excited she was before Priyanka's wedding? She had once revealed the songs on which she would perform during Nickyanka's sangeet ceremony. She had said, "I would do Desi Girl, Tune Mari Entriyaan, Ram Chahe Leela-Leela Chahe Ram, basically all my favourite tracks, and In My City. An English song for the Jonases so that unko bhi samajh aaye kaunsa gaana hum log kar rahe hain. And one I would do Nick’s song; his new song Right Now is very good." (Suggested Read: Isha Ambani And Anand Piramal's Pre-Wedding Festivities Will See 200 Chartered Flights In Udaipur)

And then, she had also gone on record to share that she would be asking $5 million USD as part of the traditional joota chupai from her jiju, Nick Jonas. She had said, "I was sitting with Nick only two nights ago and I was telling him that we needed to lock in our final amount. I quoted $5 million. He said ‘OK, I’ll give you $10." 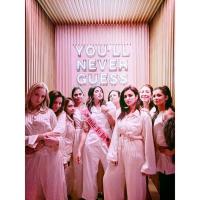 Guess what? As per the latest report in DNA, Parineeti did hide Nick's shoes as per the ritual of joota chupa and asked for a whopping Rs 5 lakh INR in return! Whoa! Did you just go- 'Jiju ho to aise?' 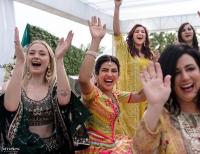 Parineeti also shared a photo (below) from Nickyanka's sangeet ceremony. She captioned it as, "For our SANGEET, the Chopra family decided to depict Mimi didi and Nick’s love story through songs. scenes and skit - full Bollywood style!!! The whole family rehearsed for days and days. And we're ready to beat the Jonas side hollow!!! But when the ladka wallas came on stage. they stumped us. They had been rehearsing for a long time. They sang and danced LIVE, including lip syncing hindi songs! Damn, we should have known. - All of this - but the spirit of competition was overpowered with love, happiness, laughs, whistles, cheering and noise!!! Wow wow wow. WHAT A NIGHT. P.S. We shared the trophy." (Also Read: 'Simbaa' Ranveer Singh Reveals How He Acts At Home In Front Of Wife Deepika Padukone, Video Inside) 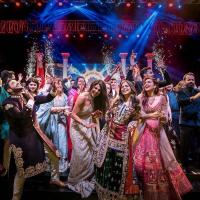 Priyanka and Nick will be hosting a wedding reception in Delhi today (December 04, 2018). A source shared with a media house about the same and said, "The global superstar may be counted among the most powerful women in the world today, but continues to be grounded and very connected to her roots. The Hindi film industry was where it all started and the fraternity has always encouraged and supported her on her journey to achieving massive global success. Priyanka & Nick will be hosting a reception in Delhi for her family and friends from the city and the guest list includes leading designers, politics and industrialists among others. While Priyanka's film industry and actor friends will be celebrating the occasion with the couple at the Mumbai reception."

Speaking of Priyanka and Nick's Delhi reception, reportedly Indian's Prime Minister, Narendra Modi has also been invited for the same. A Bollywood Hungama report had stated, “We are not sure if she was actually able to meet the PM with her fiancé. But the invitation with a special request to put in an appearance has been conveyed to the PM.” (Don't Miss: Armaan Kohli Threatens And Attacks Another Girl After Physically Assaulting Ex-GF, Neeru Randhawa)

Even though photos and videos from Nickyanak's wedding have not been shared officially, Priyanka did share a few glimpses from her sangeet ceremony. Priyanka wrote a heartfelt note which could be read as, “It all began as a fierce song and dance competition between the families but ended, as always, as a huge celebration of love. Nick and I were looking forward to the sangeet (musical evening), another pre wedding ritual and to see what each side had put together. And what a performance it was. Each family telling our stories through song and dance, filled with lots of laughter and love. We were both filled with gratitude for the effort, the love and the laughter and will carry the memories of this special evening for the rest of our lives. It is an amazing start to a lifetime of togetherness for our families and friends." 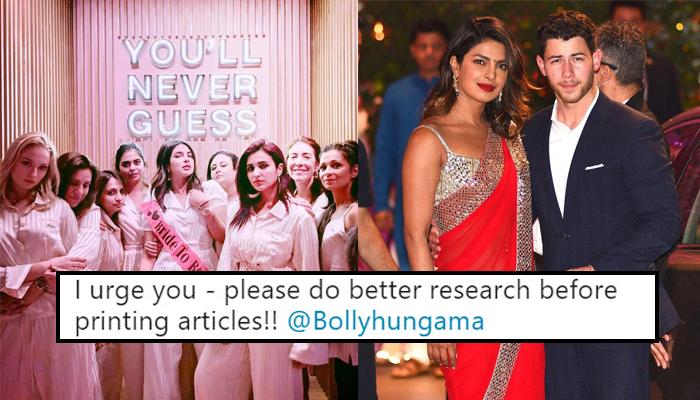 Priyanka Chopra and Nick Jonas are getting married on December 02, 2018 in Jodhpur. Every update and follow-up on their wedding hits the headlines on a daily basis. Now, when it comes to Indian weddings, we all know that the most excited person is the sibling of the bride or