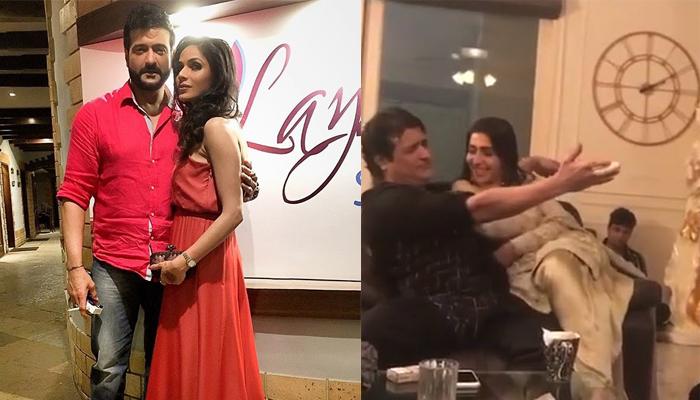 Prem Ratan Dhan Payo actor, Armaan Kohli, is back in the news, and yes for his violent reasons! We all know that in June, 2018, his ex-girlfriend, Neeru Randhawa was hospitalised at Koilaben Ambani Hospital, Andheri due to his infamous domestic violence on her. Later, he was reprimanded everywhere and in fact, the police took him into custody as well. (Suggested Read: Priyanka Chopra's Mehendi Design Has A Unique Connection With Her Musician Hubby Nick Jonas)

Armaan Kohli doesn’t learn from his mistakes, and guess what? Another woman has suffered violence under his hands. Shocking, isn’t it? A fashion designer by the name of Nadia Aheli has filed a police complaint against Armaan for his disgraceful acts yet again. When SpotboyE contacted Nadia, she said, “Well, I have lodged an FIR against 3 people- Armaan, his friend Dilip Rajput and his servant Nitin. Armaan and Rajput made some unreasonable demands to me and I had no option but to complaint." Nadia further added, "Armaan and Rajput had taken Rs 50 lakh from me, and they refused to return. When I insisted that I need my money back, they started threatening me and even hurt me physically.”

Nadia and Armaan also went abroad a while ago. When the media portal asked her, if she was in love with him, she replied, “Well, you are asking some very personal questions. Okay, I would say that we're friends for sure.” Prodded further about how did servant Nitin came into the picture, Nadia disclosed, “Well, Nitin used to come to my house in the middle of the night and say that Armaan was asking me to come over.”

Nadia has filed the FIR against Armaan at Versova Police station. A senior police official said, “The FIR number is 509. She has said that she was cheated of a certain amount of money and Armaan uske saath phone par ashleel baatein karta tha.” Ever since this news got online, a video of a visibly drunk Armaan Kohli singing songs and getting cosy with Nadia has started doing rounds on social media. Take a look:

Armaan Kohli was previously in a relationship with Neeru Randhawa. The ex-couple met in 2015 and had been in a live-in relationship together. But recently in June 2018, he so brutally treated her that she had to be taken to a hospital. Neeru spoke to Bombay Times then and had said, “He had assaulted me in February this year, and nearly broke my nose. This relationship has been a huge mistake, but I continued to give him chances despite being warned by friends and family. In fact, I had called time on the relationship in September last year, and left for Dubai. I got a job and was living there peacefully.” (You May Like: Kapil Sharma's To-Be Wife Ginni Chatrath Dances On Her Bangle Ceremony, Pictures And Video Inside) 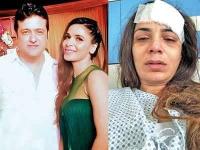 She had further opened up, “However, three months later, Armaan came to take me back home. When I told him that I didn’t want to get back to the vicious circle, he begged and pleaded with me and said that he would change. He told me that he needs me as I have made him a better person and taken care of his parents and brother. I left everything and returned to India with him.” 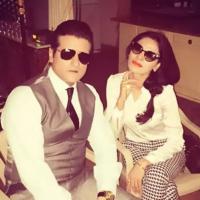 Neeru narrated the incidents of the night when the assault happened and further added, “The argument started on a frivolous matter. I manage Armaan’s villa in Goa, which is often rented out, and had made a booking for a client. However, the client had made the payment to the villa staff and when Armaan asked me about the money, I told him that I will ask the staff to transfer it. Suddenly, he started verbally abusing me". (Read The Full Story Here)

Do you know that even after this heinous incident, Armaan kept asking Neeru to marry him? A month later, in July 2018, Neeru was ready to take the case back and told a media house, “If and only if Armaan gives me an apology and says to the law that he will never harass me ever. He is capable of harassing people, and so I dread that side of his. And there is one more reason why I will take my case back then.”

Armaan Kohli, it’s such a shame! We hope justice is done to Nadia and Neeru.