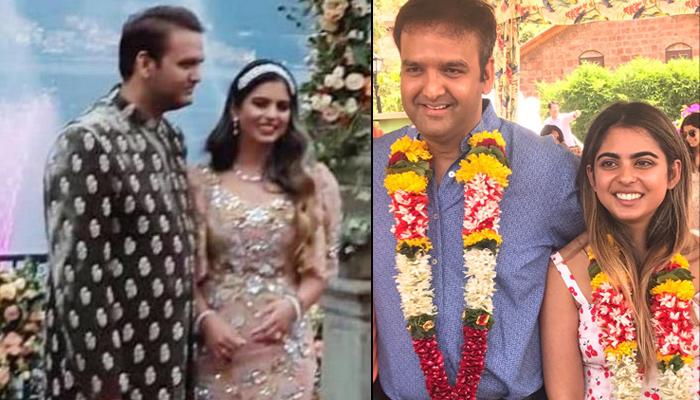 The last month of 2018, December is all about grand and lavish weddings from B-town as well as telly world. From Priyanka Chopra-Nick Jonas, Kapil Sharma-Ginni Chatrath, to Kunal Jaisingh-Bharati Kumar, Parul Chauhan-Chirag Thakkar, most of our eligible bachelors are being taken by their loved ones. Post Deepika Padukone-Ranveer Singh and Priyanka-Nick, now it’s time for the daughter of the ‘Richie Rich’ family of India, Isha Ambani, to show some glitz and glamour. (Also Read: Nita Ambani And Kokilaben Ambani Visit Ambaji Temple To Offer Isha Ambani's Wedding Invitation Card)

Mukesh Ambani and Nita Ambani’s darling daughter, Isha Ambani will be tying the knot with Ajay Piramal and Swati Piramal’s son, Anand Piramal on December 12, 2018, in Mumbai. The pre-wedding festivities are lined up for the December 8-9, 2018 weekend in Udaipur and the city is all packed and geared up to witness the grandest celebrations of Isha and Anand’s union.

According to the reports, close to 200 chartered planes are scheduled to land and take off from the Udaipur airport over the course of this week. Apart from the Ambani wedding, Rajasthan elections will too, be going on in the full flow. It will be the last lap of the campaigning for the Rajasthan Assembly Elections (Rajasthan votes on December 7) and the state will see many politicians flocking to its key cities.

On a usual day, the Udaipur Maharana Pratap Airport manages about 19 commercial planes taking off and 19 landings. Apart from the flights, the Ambanis and Piramals have booked all the five-star hotels in the city for their guests. Over a thousand luxurious cars have been booked to pick up and drop their guests from the airport to the venue, including Jaguars, Porches, Mercedes, Audis and BMWs.

The statement further stated, “During the weekend prior to the wedding, the Ambani and Piramal families will host their friends and family in Udaipur, where they are partnering with artisans and craftsmen to integrate local culture and traditions into the festivities. Both families seek the blessings and good wishes of everyone for Isha and Anand as they start their journey of togetherness. Nita and Mukesh Ambani Swati and Ajay Piramal.” (Also Read: Isha Ambani's Family Picture With Parents, Brothers And Bhabhis, Shloka Mehta And Radhika Merchant)

Meanwhile, Isha’s parents, Mukesh and Nita Ambani recently hosted a grah shanti puja for the soon-to-be bride and she looked stunning, donning a Sabyasachi Mukherjee ensemble. The ace designer shared a few beautiful pictures of the billionaire daughter and captioned the pictures as, “Isha Ambani @_iiishmagish for her Graha Shanti Pooja in a custom hand-painted, hand-embroidered tilla-work lehenga and antique bandhej dupatta. The outfit is a part of the India Revival Project by Sabyasachi.” Here’s a picture from the lot:

On November 30, 2018, Isha Ambani along with Mukesh Ambani, Nita Ambani, Anant Ambani and his rumoured muse, Radhika Merchant, attended Priyanka Chopra and Nick Jonas’ sangeet ceremony at Umaid Bhawan Palace, Jodhpur. Later, the family was joined by Akash Ambani, fiancée, Shloka Mehta and Isha’s fiancé, Anand Piramal, on December 1, 2018, in Jodhpur. A romantic instance that happened in Jodhpur was captured by the shutterbugs, wherein Isha was seen wearing her fiancé, Anand’s jacket to keep her from Jodhpur’s shivering cold!

Didn’t it give you total filmy feels? According to a DNA report, Isha and Anand’s pre-wedding ceremonies are being planned by an event management company, who are managing to create a water world built on pontoons and boats. The plan involves setting up a massive pontoon on one of the ghats of Lake Pichola. As per the report, a source had stated, “They have requested one at the Udai Vilas Ghat that can accommodate 1,000 guests at a time.”

The source further revealed that multiple flat-bottomed boats will also float on the lake, which will hold a huge idol of the Ambani’s revered deity, Lord Shrinathji. The source shared, “The family has requested a floral set up on the vessel holding the idol of Shrinathji. Dancers will perform on the floating stage, in keeping with Indian customs and traditions. The hosts also plan to conduct a maha aarti to seek blessings of their lord.” (Also Read: Nita Ambani Pampering Her Choti Bahu Radhika Merchant At 'Priyanka Ki Shaadi' Is Giving Major Goals)

We are so excited to witness the grand union of Isha Ambani and Anand Piramal! Stay tuned with us for more updates on the Ambani wedding. 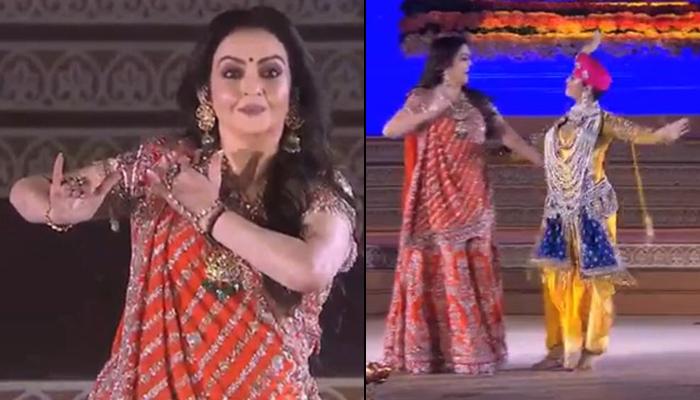