Priyanka Chopra and Nick Jonas are one of the most sought-after couples of the glamour world. In a throwback interview, Priyanka had revealed one ‘annoying’ bedroom habit of Nick. 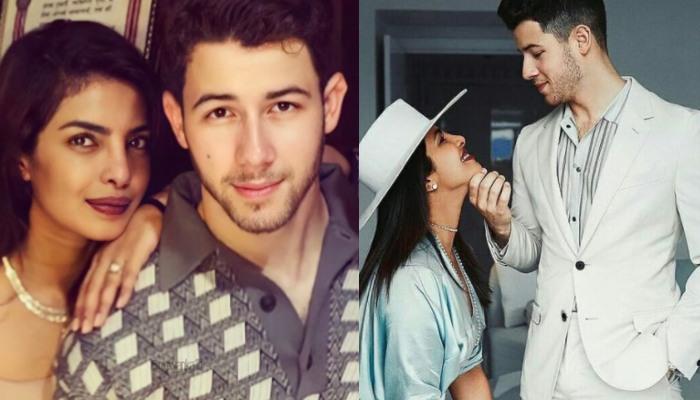 Every married couple has some bedroom secrets to share, some nice, some awkward and some really annoying. And the ‘it’ couple of the glamour world, Priyanka Chopra and Nick Jonas too fall in the same category. But before revealing their bedroom secret, let's look back at their love story. It was in the year 2016 when Nick Jonas had sent a direct message to Priyanka Chopra on Twitter, and she had asked him to send her a text instead, and the duo had exchanged numbers with each other. Before meeting at Met Gala 2017, Nick and Priyanka had met each other at the Vanity Fair Oscar’s after-party in 2017. And by the end of the after-party, the two were head-over-heels in love with each other. (Also Read: Esha Deol Looks Cute As A Button With Daddy, Dharmendra In This Unseen Childhood Throwback Picture)

On December 1-2, 2018, the much-in-love couple had tied the knot according to Hindu as well as Christian rituals at Umaid Bhawan Palace. The duo had looked gorgeous in their wedding attires designed by Ralph Lauren and Sabyasachi Mukherjee. Nick and Priyanka's wedding was a grand affair and according to a report of Times Network’s India Economic Conclave, Nickyanka’s (as lovingly called by their fans) wedding had helped with the three months revenue of the Umaid Bhawan Palace.

Priyanka Chopra and Nick Jonas are celebrating their second anniversary. In a throwback interview with ET Online, Priyanka was asked about an annoying bedroom habit of Nick and she had said, “It’s actually really annoying, but he insists on looking at my face when I wake up. I’m just like, ‘Wait one minute. Let me just go get a little mascara on, let me put on my moisturiser. I’m like, sleepy-eyed face right now, but he’s just ... it’s amazing and super sweet. That’s what you want your husband to do. But it’s also, like, a little awkward. OK. He’s like, ‘Let me stare at you, you aren’t even conscious yet.’ Like, literally, I’m not even, I’m not joking. It’s really wonderful.”

Nick wears his heart on his sleeves for Priyanka and the same is visible on his social media handles. On July 18, 2020, Priyanka Chopra had turned a year older and Nick Jonas had a beautiful birthday wish for his ladylove. Sharing a gorgeous sun-kissed picture with her, Nick had written, “I could stare into your eyes forever. I love you baby. You are the most thoughtful, caring and wonderful person I have ever met. I am so grateful we found one another. Happy birthday beautiful.” (Also Read: 7 'Devar-Bhabhi' Jodis Of Bollywood Who Prove That Every 'Bhabhi' Needs A 'Devar' In Her Life)

In an interview with the Harper Bazaar, Priyanka had talked about the reason behind dating Nick. She had revealed that it was his music video, Close, which had made her fall in love with him. Talking about the same, she had said, "My life has always been pretty musical, and now with Nick, it's completely musical. I decided to date him after seeing the video for 'Close,' where his shirt comes off. So that song is my favourite."

A few months back, Priyanka had done a fashion photoshoot for the British magazine, Tatler and the gorgeous actress had spoken about embracing the next phase of her life. She had talked about starting a family with Nick Jonas, and had stated, “Right now, this year’s really packed for me in terms of the work that I’m doing and the work that I’ve taken on. But having a family is very important to me and it always has been. It is something that I definitely want to do and I’m hoping that whenever God wills it, at the right, opportune time, it’ll happen.” She had also talked about prioritising her marriage above everything and had also revealed that despite a demanding career, she and her husband make sure to see each other regularly. (Also Read: Yash And Radhika Pandit's Love Story: From Strangers To Soulmates, They Were Destined To Be Together)

Well, we are eagerly waiting for Nick and Priyanka to post adorable wishes for each other on their second anniversary! 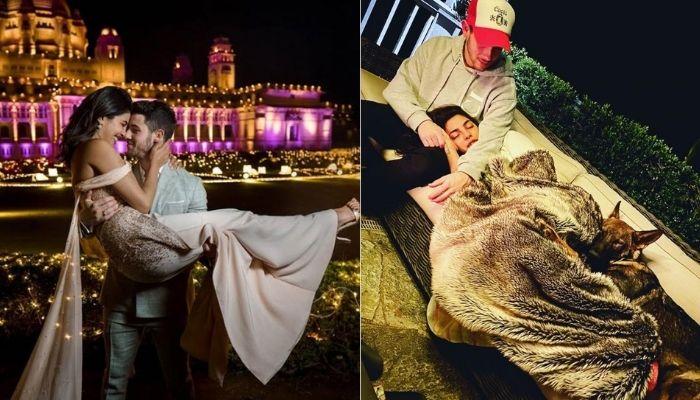