Yash and Radhika are one of the most sought-after couples of the glamour world. Their love story is nothing less than a film. Take a look!

Love is like a beautiful song and it is all about finding the right chord. When a relationship blossoms, the couple cherishes each and every moment lived with each other. They stay in their own bubble and what matters the most is being in each other’s company. In a world filled with uncertain relationships, there are some, who have reinstated our faith in love and marriage. One such couple, who have made us believe in love is K.G.F. star, Yash and his wife, Radhika Pandit.

Naveen Kumar Gowda, known by the stage name Yash, is one of the most popular names in Kannada cinema and enjoys a huge fanbase. He had never thought that he would get married to someone from the same industry. Yash had met his soulmate, Radhika Pandit during a shoot and their first impression was completely opposite. But as they say, some things are meant to be and it stands true for Yash and Radhika as their love story is nothing less than a fairytale. 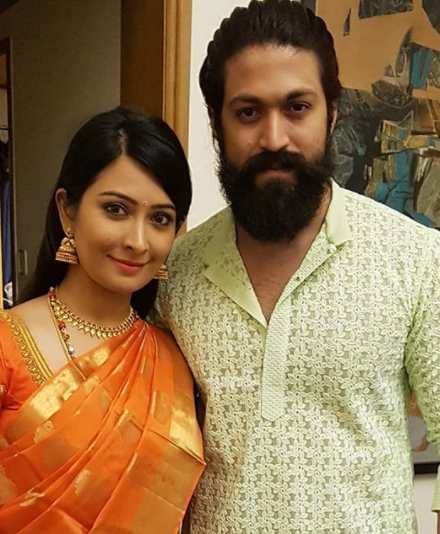 Yash and Radhika had met on the sets of the show, Nanda Gokula in 2004. They had to share the same cab and Radhika hadn't even talked to him. She had a preconceived notion about Yash and had thought that he had a lot of attitude. On the other hand, Yash had thought the same about Radhika as she hadn't spoken a word to him, not even for the sake of courtesy.

Destined To Be Together 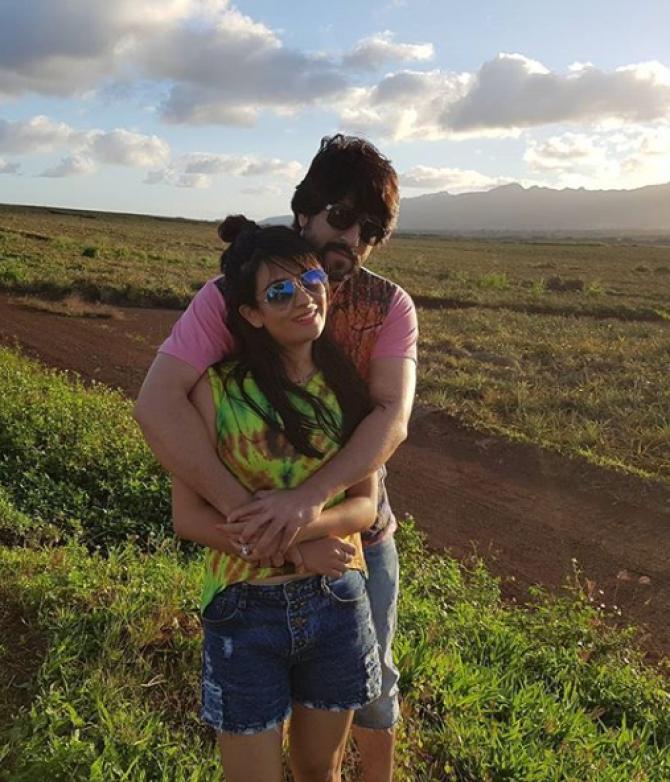 In the serial Nanda Gokula, the actor starring opposite Radhika was replaced by Yash and the same thing had happened with their debut film, Moggina Manasu in 2008. Yash had replaced the actor and had bagged the lead role. In 2012, when Yash had starred in the film, Drama as the main lead, destiny had played its role once again. Radhika had replaced the main lead and the two acted together. 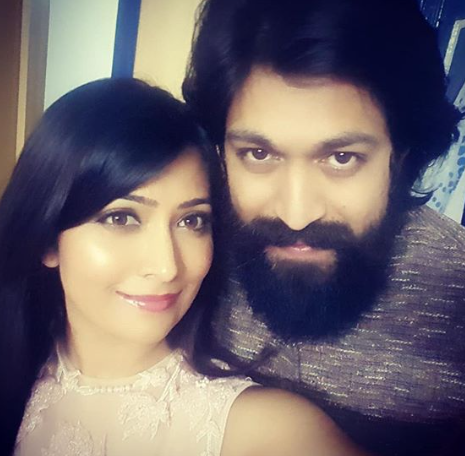 The two had become best of friends and it was Radhika, who had become Yash’s strength and his emotional anchor. And on the other hand, Radhika had believed that Yash was the one destined for her as she could be herself in front of him.

(Also Read: Remembering Rishi Kapoor And Neetu Kapoor's Love Story, He Invited His Mom-In-Law To Live With Them) 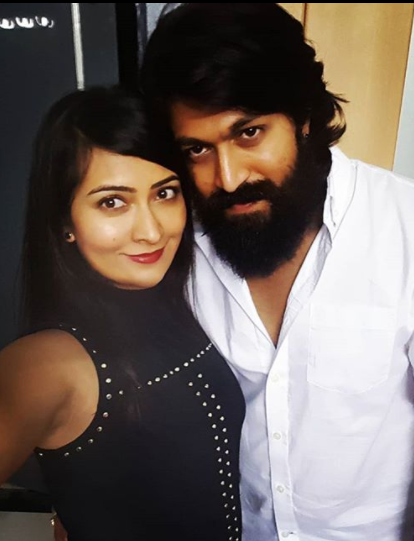 Yash’s proposal story is one of the most romantic one and could give any romantic film a tough competition. Yash was head-over-heels in love with Radhika and he had kept giving her hints about having someone, whom he loved very much. And Radhika would give him ideas on how to confess his feelings to her. And on a Valentine’s Day, Yash had decided to propose her. 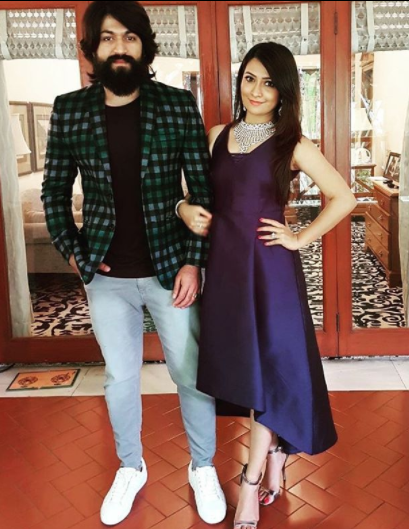 He had called her to know about her plans that day and she had told him that she was going to watch a film. Yash had wanted to confess his feelings but couldn’t gather the courage as they were best of friends and he hadn't wanted to ruin his friendship with her as he wasn’t sure about Radhika’s feelings. So, he had gone to the mall, where she was watching the film with her parents and had bought a gift with handpicked items of all her favourite things. 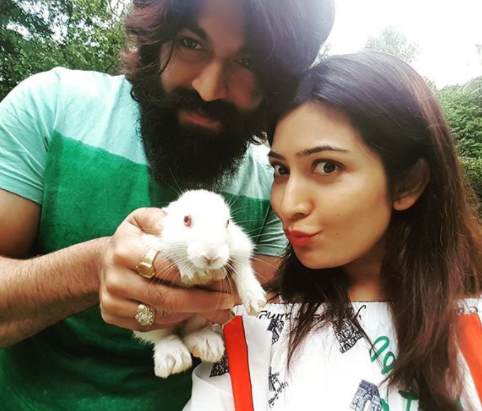 Without giving it directly to her, he had kept the gift in her car. When she had gotten the gift and the card with the message, ‘Happy Valentine’s Day’, she was aware who had left it there. But neither Yash, nor Radhika had talked about the same with each other. Later, when Yash had confessed his feelings over phone, she had taken her own sweet time and he had waited patiently, waiting for a response for six months.

(Also Read: Dilip Kumar Recalled How Time Stood Still When He Saw Saira Banu At A Party And Fell Madly In Love)

Marriage and Life After 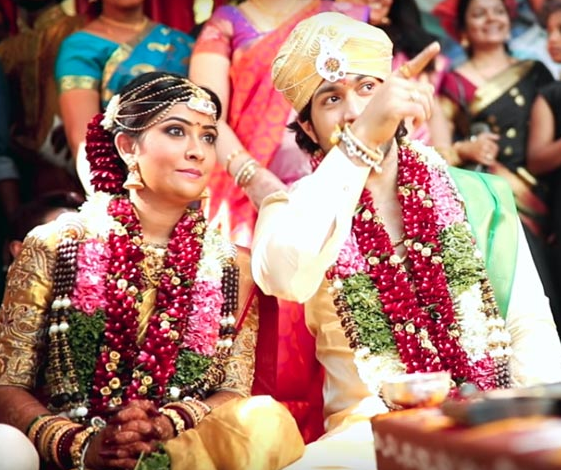 Yash and Radhika had gotten engaged on August 12, 2016 in Goa. And on December 9, 2016, the duo had gotten married in a private ceremony in Bangalore. However, Yash had openly invited everyone for their grand reception at the Bangalore Palace. On December 2, 2018, they had welcomed a little angel in their lives, whom they have lovingly named Ayra. And on October 30, 2019, the lovely couple had embraced parenthood for the second time and had completed their family with the arrival of their baby boy, Yatharv. Since then, the gorgeous couple has been enjoying every moment with their little munchkins. 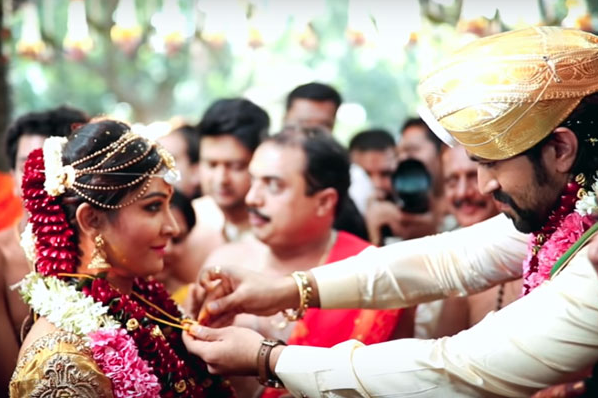 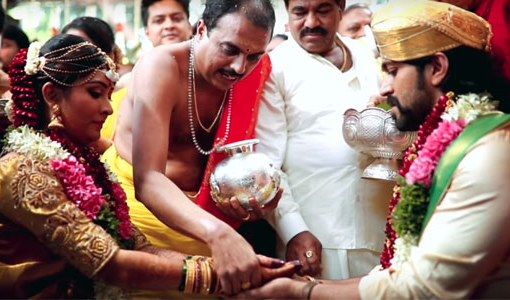 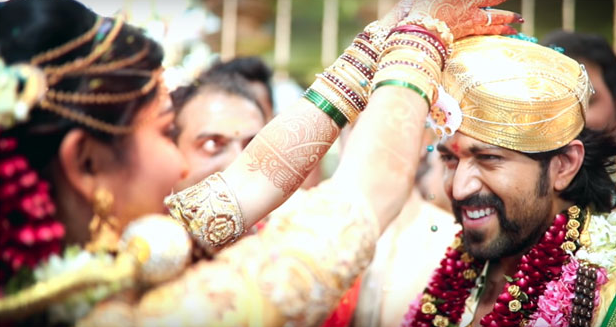 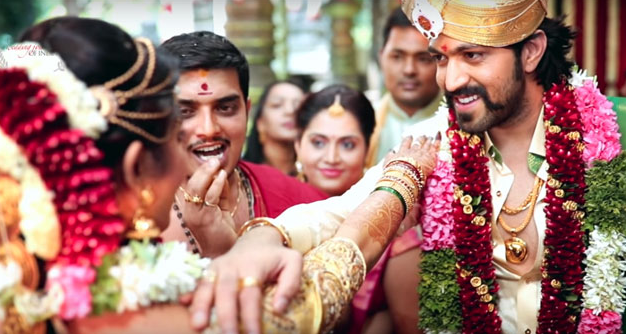 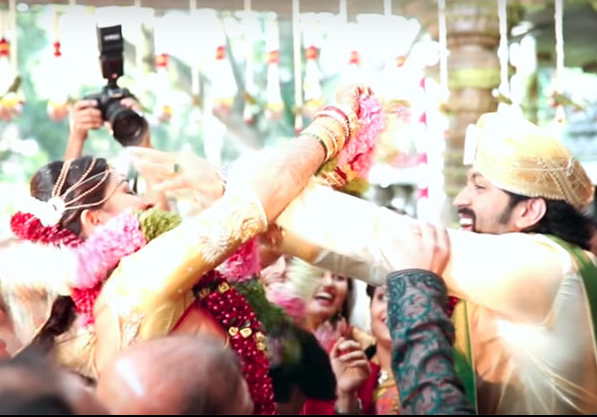 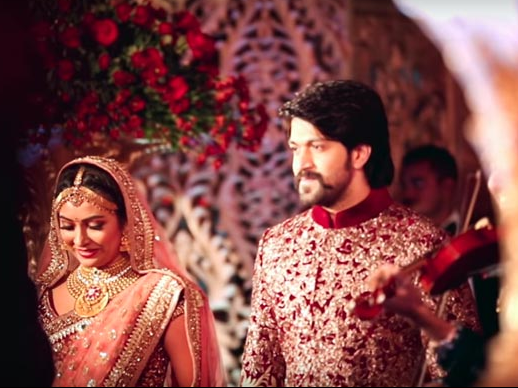 In 2017, Radhika had taken to her Instagram handle and had shared mesmerising pictures from her desi themed mehendi and sangeet night. In the pictures, Radhika had given glimpses of the colourful décor, dance performances, her bridesmaids, colour-coordinated outfits worn by the groom’s friends, and most importantly how everyone closed to them had made them feel happy and blessed. 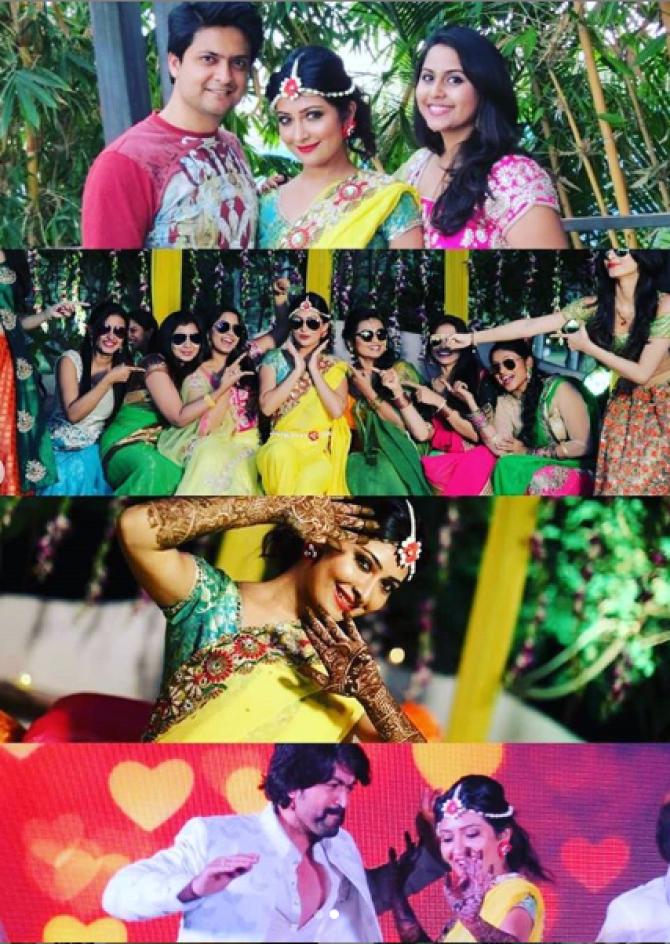 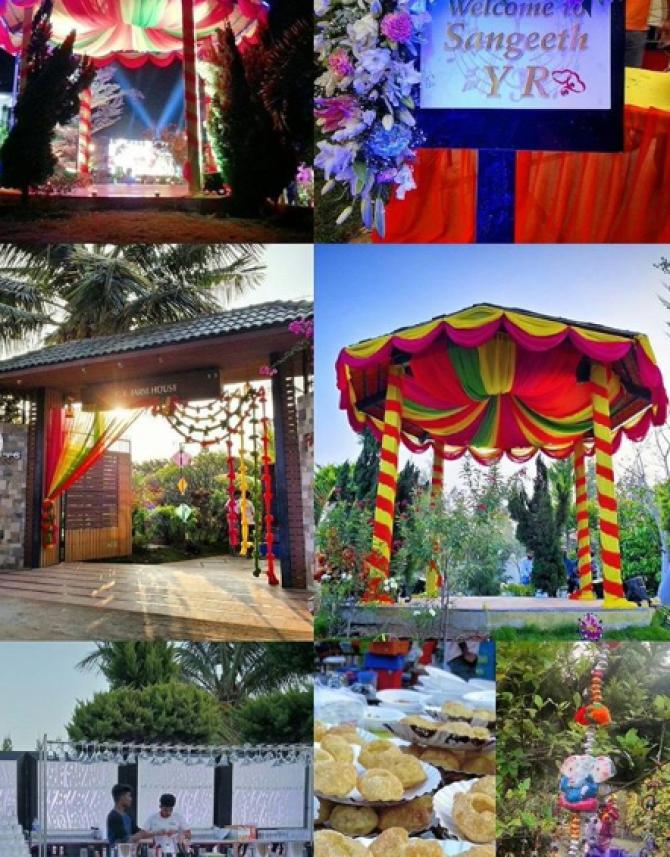 On their third anniversary, Radhika had taken to her Instagram handle and had shared an old picture with Yash. In the picture, the two had looked like made for each other and had radiated major relationship goals. Along with the picture, Radhika had written a beautiful caption that could be read as “I have shared an old pic (sorry about the clarity) to remind us, that it's not just 3yrs of marriage but many years of building this relationship!! Happy Anniversary to you my soulmate!” 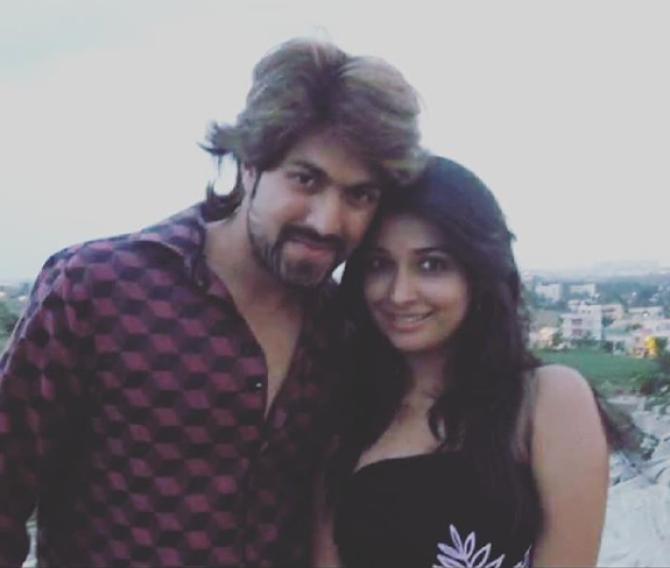 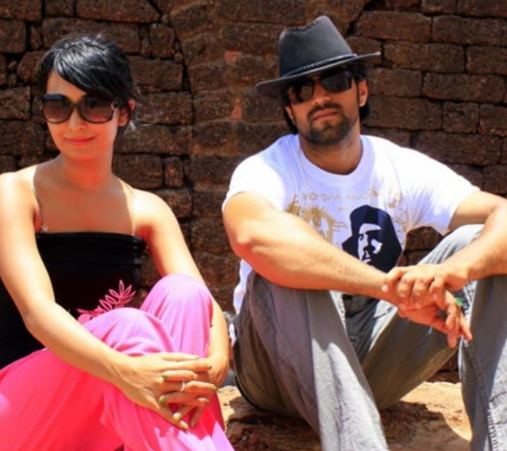 Valentine’s Day is not just any other day for Yash and Radhika as it was on this day, she had gotten to know about his feelings for her. On February 14, 2020, Valentine’s Day, Radhika had taken to her Instagram handle and had shared a collage of her favourite pictures with the Rocking star, Yash. Along with the picture, she had shared a heartfelt note, which could be read as “It's our 10th Valentine's day together today!! These pics sum up to 8yrs… well, the 1st two years pics are missing!! Anyway, it's not hard to say which is our Favourite pic! It's the pic where we are holding something beautiful n precious we have created out of our 10yrs of journey! HAPPY VALENTINE'S DAY!! P.S: We haven't forgotten Junior, he was there, just not in this particular pic!! #radhikapandit #nimmaRP.” 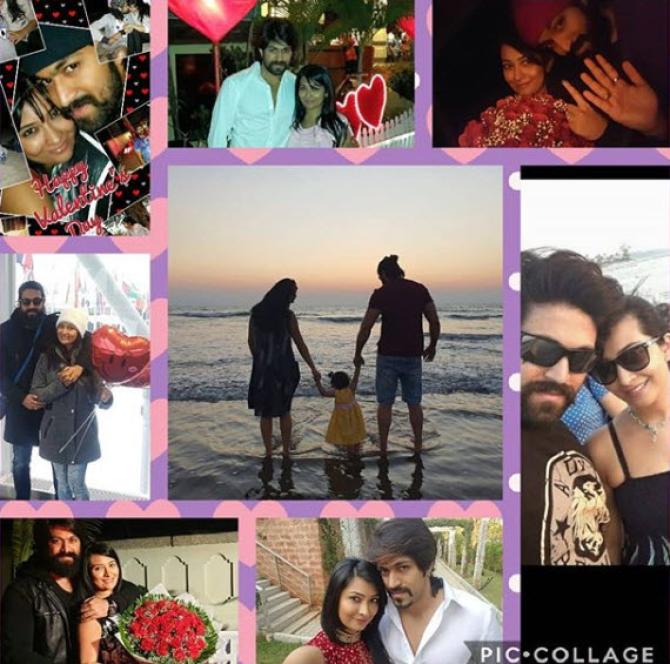 (Recommended Read: When Royal Met Regal: Everything You Need To Know About Saif And Kareena's Love Story)

Yash and Radhika’s love story is one in a million. Just like a fairytale, Radhika had gotten her Prince Charming, Yash, who had swept her off her feet and they had begun their happily ever after with their little munchkins. They are a true inspiration for all the couples and had reinstated our believe in true love. The most-loved couple of Tollywood, Yash and Radhika Pandit had tied the knot in the year 2016, and on December 2, 2018, the duo was blessed with a little angel, Ayra Pandit. Moreover, on October 30, 2019, the little Ayra had become didi as the family had welcomed a little prince, Yatharv, into