Esha Deol melted our hearts with her cuteness as she posed with her daddy in an unseen childhood picture. Take a look!

No matter what, daughters always remain their daddy’s little girl. From giving piggyback rides to tying their shoelaces, a father’s love for his daughter cannot be explained in words. When a man becomes a father of a baby girl, he makes sure to protect his little angel from anything that could harm her. Whether it is cheering on her achievements or choosing a life partner, he never leaves her hand. Veteran actor, Dharmendra also shares such an adorable bond with his daughter, Esha Deol. (Also Read: Hema Malini And Dharmendra Look Worried In This Unseen Picture From Daughter, Esha Deol's Wedding)

The He-Man of Bollywood, Dharmendra had tied the knot with Bollywood’s Dream Girl on August 21, 1979. The couple had gotten blessed with a baby girl on November 2, 1981, whom they have lovingly named, Esha Deol. And in 1985, they had completed their family when they had welcomed their second daughter, Ahana Deol. Esha Deol had followed the footsteps of her star parents and had taken her family’s legacy when she had made her debut in Bollywood with the film, Koi Mere Dil Se Pooche. In June 2012, Esha had tied the knot with her childhood friend, Bharat Takhtani and she is now a doting mother to two lovely angels, Radhya Takhtani and Miraya Takhtani. 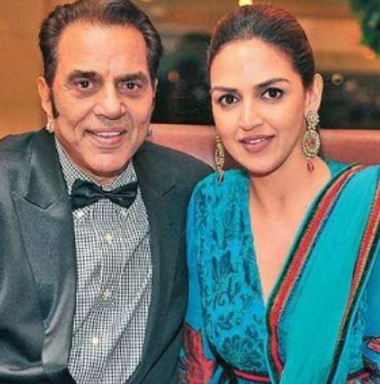 While scrolling through our social media, we stumbled upon an unseen childhood picture of Esha Deol with her doting papa, Dharmendra. In the picture, Esha had looked cute as a button and her no smile, straight face had melted our hearts. The little munchkin had donned white frock, twinning with her papa Dharam ji. On the other hand, Dharam ji had looked dapper as always in a white suit and multi-coloured shirt. 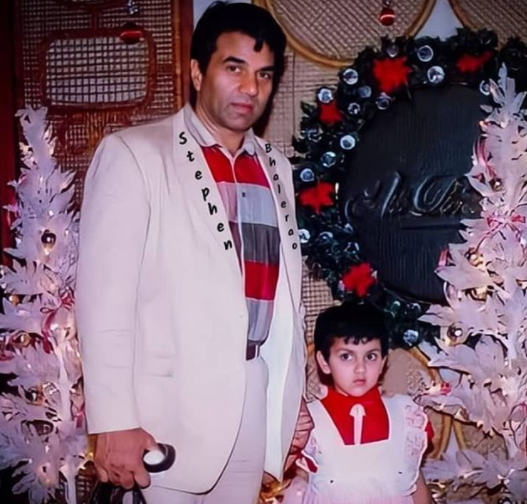 Did you know Dharmendra ji was against the idea of Esha Deol becoming an actress? Hema Malini and Esha Deol Takhtani had appeared on The Kapil Sharma Show to promote her book, Amma Mia. On the show, Hema Malini had revealed that Dharmendra ji was against Esha’s decision of becoming an actor. Hema ji had shared, "Esha was interested in extracurricular activities such as sports and dance. Like in our house, we used to do dance practice because of which she started liking it and wanted to be a professional dancer and even make her career in Bollywood. However, Dharam ji didn’t like her daughter dancing or making her Bollywood debut and he had an objection to that." 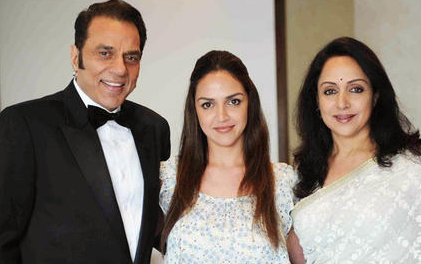 Hema ji had also revealed what made Dharam ji change his mind and accept Esha Deol’s dancing and her dream of becoming an actor. Hema ji had continued, "Later when Dharam ji got to know the type of Nritya (dance) which I do and how people appreciated me and my work, which fortunately made him change his mind and then he accepted his daughters dancing and also Esha’s Bollywood debut." (Also Read: Esha Deol's Unseen Childhood Picture With Dharmendra, Looked Adorable Enjoying A Piggyback Ride) On July 26, 2019, Esha had taken to her IG handle and had shared an adorable picture with her daddy, Dharmendra. In the picture, the father-daughter duo had twinned in white attires and had given major father-daughter goals. Along with the picture, Esha had written a heart-melting note, which could be read as “A daughter may outgrown her fathers lap ... but she’ll never outgrow his heart.” Esha Deol had first introduced Bharat to her mommy, Hema ji and later to her father, Dharam ji. Recalling Bharat's first meeting with Dharmendra ji, in an interview with Filmfare, Esha had revealed, “Papa and Bharat sat alone and chatted for an hour.” Bharat had confided, “Dharamji’s seen life. He listed a few things and asked whether I’d be able to fulfill those. I’ve turned more responsible after that meeting. I’ve already fulfilled half of the things from that list.” (Also Read: Esha Deol Met Bharat Takhtani At The Age Of 13, Started Dating But Soon Broke Up For A Silly Reason) 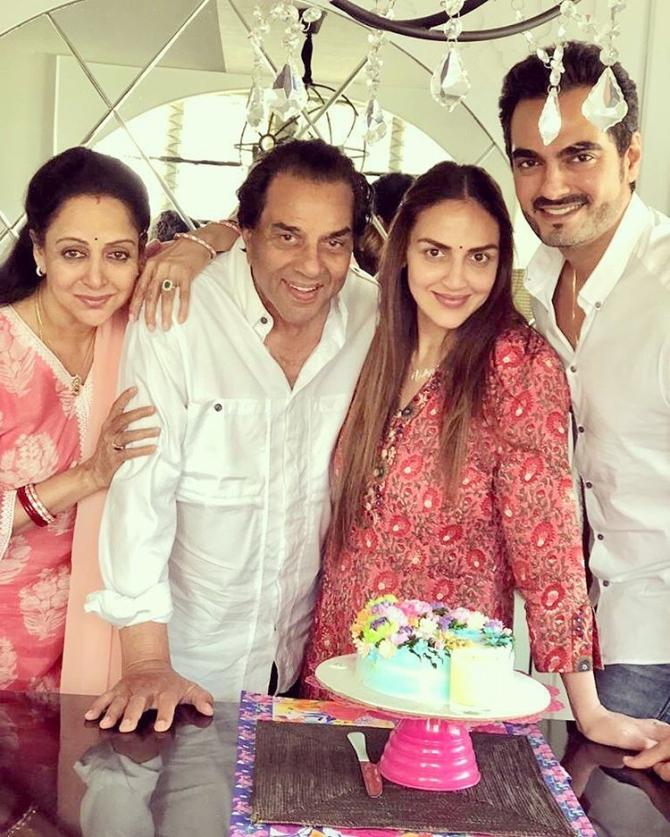 What do you think about Dharmendra and Esha’s bond? Let us know. 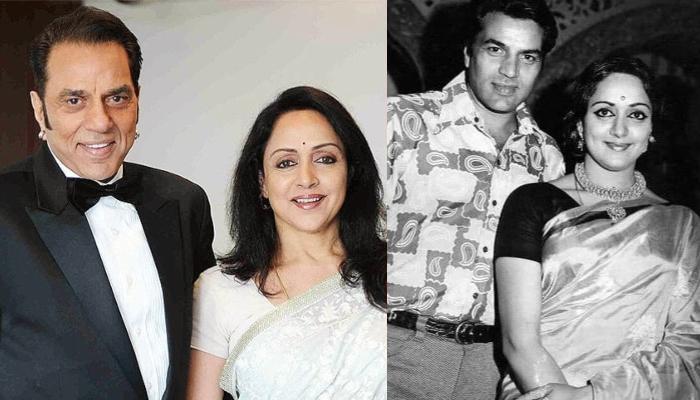