Priyanka Chopra shared an unseen moment of her mom, Madhu Chopra and her late father, Ashok Chopra, on her IG handle on the occasion of their wedding anniversary and wrote a heartfelt note for them.

The Desi Girl of Bollywood, Priyanka Chopra, belong to an Army background, where both her parents, late Ashok Chopra and Madhu Chopra, had served as physicians. The actress shared a very close bond with her late father, Ashok Chopra and her 'Daddy's Little Girl' tattoo on her right hand, proves the same. But time and again, Priyanka has also shared that her mommy, Madhu, has also taken significant decisions in her life. Now, the actress is enjoying the new mommy journey in her life.

Priyanka's daddy dearest, Ashok Chopra, had left for the heavenly abode, on June 10, 2013, and since then, she has often taken to her social media handles to share throwback unseen pictures with him On December 10, 2020, Priyanka had taken to her IG handle and had shared an adorable childhood picture of her's dressed in her late father, Ashok Chopra's uniform. She had penned how he was her idol and motivated her throughout her life. Her note could be read as:

"#TBT to little Priyanka. This is a photo from the album in my upcoming book. I used to love following my dad around the house dressed in his Army uniform. I wanted to grow up and be exactly like him. He was my idol. My dad encouraged my sense of adventure. Even as a little girl... "I was always out exploring, looking for adventure, trying to uncover something new. My urge was to do something that hadn't been done before, to discover something that no one had found yet. I always wanted to be first." That urge drives me every day, in every single thing I do. #Unfinished." 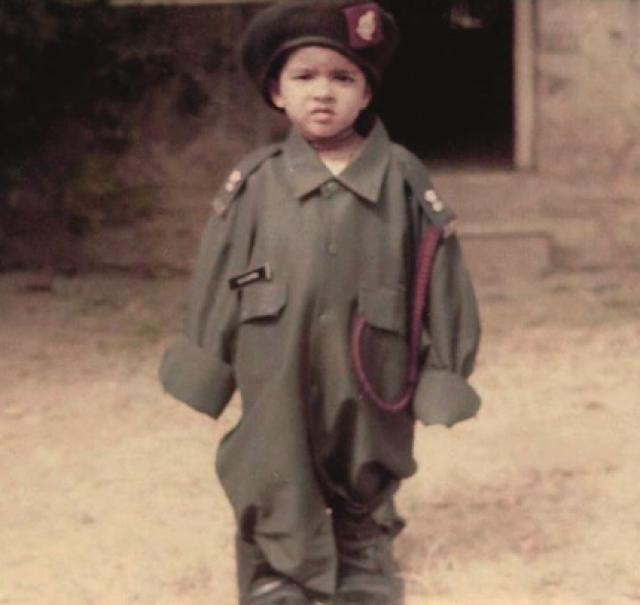 A few hours ago, Priyanka Chopra took to her Instagram handle and shared an adorable picture of her late father, Ashok Chopra and mother, Madhu Chopra, to mark their wedding anniversary. In the photo, Pee Cee's parents were seen in a priceless moment where late Ashok Chopra was merrily giving a rose to his loving wife, Madhu Chopra. Along with the picture, Priyanka wrote:

"This is always how I remember your anniversary. Miss you dad. Love you @drmadhuakhourichopra." 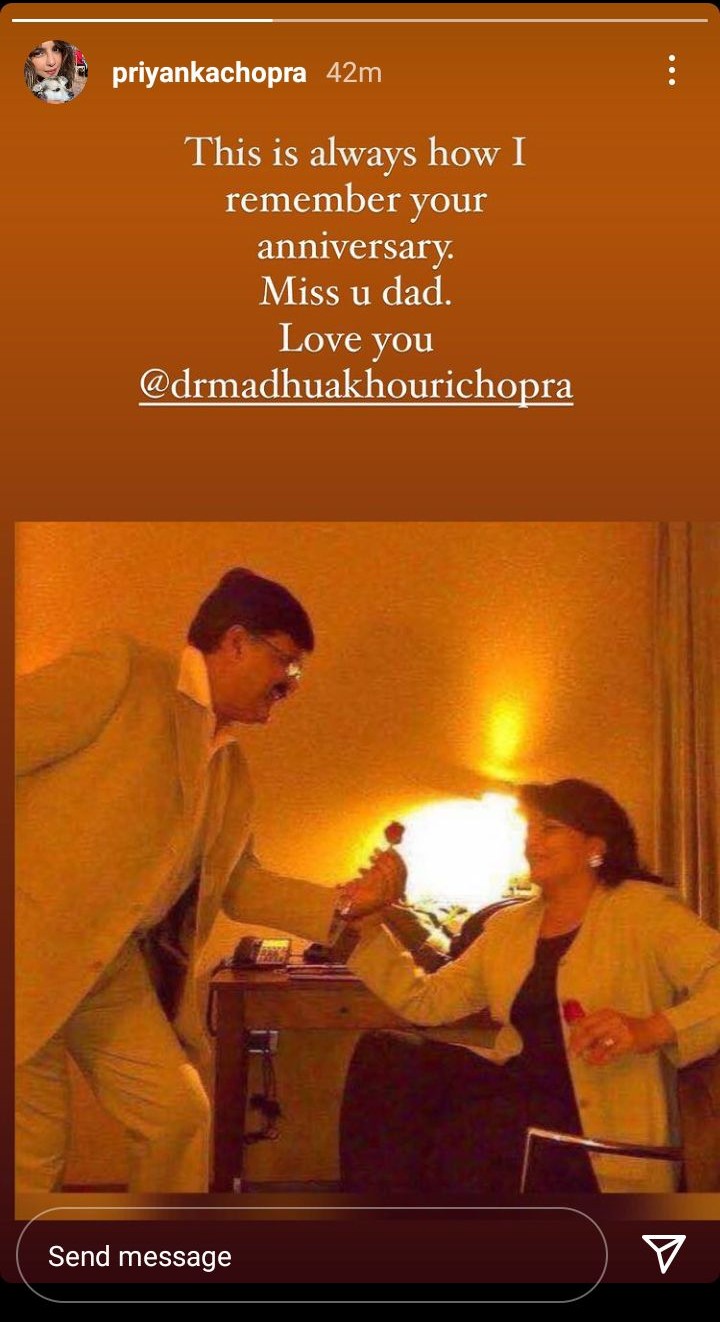 In a conversation with Oprah Winfrey on the latter's show Super Soul, Priyanka Chopra had opened up about dealing with her father's death. When Priyanka was asked when her faith was tested the most, she had said:

"I think around the death of my dad. I was very angry. I was very angry. My relationship with God changed a little bit. But then at the same time, I feel like God helped me find salvation and come out of it too. But at that time, it was tested. Oh man, I went to every temple there was to go to. I did every prayer there was to do. I met every godman or godwoman I needed to meet, every doctor I needed to go to. I flew my dad to Singapore, New York, Europe, India, everywhere, just to do whatever I could to prolong his life. It's such a helpless feeling."

Next Read: 'Kundali Bhagya' Fame, Anjum Fakih Posts A Romantic Photo With Her Beau, Fans Wonder Who Is The Man 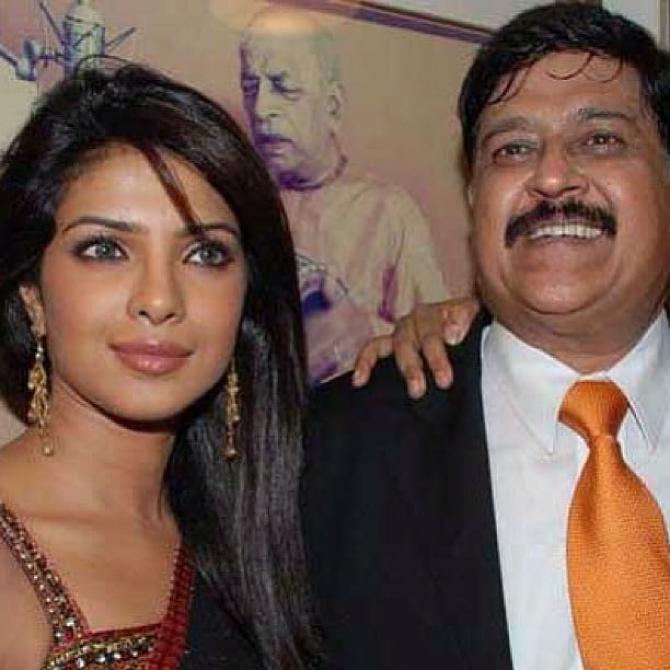 On June 10, 2020, Priyanka had taken to her Instagram handle and had posted a picture of her late father, Dr Ashok Chopra, as she was missing him too much. The monochrome picture was from her dad's younger days. Along with the beautiful picture, Priyanka had revealed how she misses her father every single day of her life. Her caption could be read as:

"We're connected by heartstrings to infinity Miss you dad, every single day!" Priyanka Chopra is also a loving daughter to her mother, Madhu Chopra and she never forgets to celebrate her birthday. On June 16, 2019, PeeCee had shared a lovely mother-daughter selfie to wish her mommy on her birthday and had written:

"Best birthday girl ever. @madhumalati I love you. Thank you for being my rock." For the unversed, Priyanka Chopra had got married to Nick Jonas on December 1, 2018, and the duo had become parents on January 21, 2022, through surrogacy.

Next Read: Vikrant Massey Ties The Knot With Sheetal Thakur, The Bride Looked Gorgeous In A Red Lehenga A father is his daughter's biggest support, loudest cheerleader, and the best friend she could ever ask for. Fathers hold a special place in their daughters' hearts and the bond between the two cannot be expressed in words. However, imagining a life without a father is nothing short of a nightmare.