Bollywood actress, Priyanka Chopra Jonas shared a photo with her dad, Ashok Chopra from one of their Ganesh Chaturthi celebrations. Take a look! 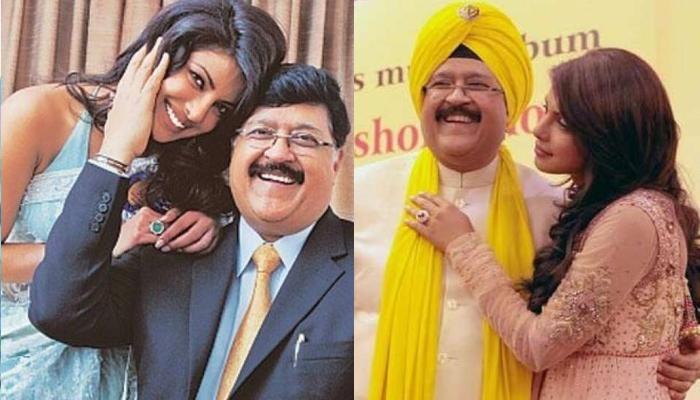 There's a reason why God and evil exit and birth and death happen, to teach us that there's not a single thing in this universe, that doesn't hold a bad side. For instance, we craved for festivals to come, so that we could spend more and more time with our families. But it's never easy for the children, who have lost their parents because on festivals, family is the one with whom you spend most of your time. Still, they try to remember them with a smile but it's the weight of past memories that keeps on breaking them in pieces. (Recommended Read: Shilpa Shetty's Daughter, Samisha Shetty Kundra Will Have Her Annaprashan During Ganesh Utsav)

Something similar is happening with one of the most popular actresses of Bollywood, Priyanka Chopra Jonas. The actress is missing her late father, Ashok Chopra on the auspicious occasion of Ganesh Chaturthi, as she shared a rare picture with him from one of their memorable Ganesh Chaturthi celebrations in the past. Scroll down to take a look!

On August 22, 2020, Bollywood actress, Priyanka Chopra Jonas took to her Instagram stories and posted a picture with her late father, Ashok Chopra from one of their Ganesh Chaturthi celebrations. In the beautiful picture, we can see Ashok ji wearing a white kurta-pyjama along with a brown-coloured shawl. At the same time, Priyanka is looking gorgeous as ever in her traditional blue suit. Priyanka also wrote a few lines atop it, which can be read as "Ganesh Chaturthi celebrations this year might be different from the usual, but the spirit and faith will always remain the same. May this festival bring a new beginning for all of us. #HappyGaneshChaturthi." Take a look. 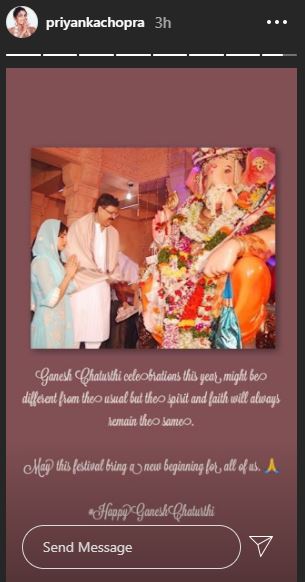 For the uninitiated, seven years ago, Priyanka Chopra Jonas had lost her father after his long battle against cancer. Her father's demise had come as the lowest point in Priyanka's life, and the pain was unbearable for her. But with time and support of her family, friends, and fans, the actress had gathered all the pieces of her heart and had decided to ink her wrist with a tattoo that says 'Daddy's Lil girl' in her father's handwriting. (Don't Miss: Ram Charan Wishes Dad, Chiranjeevi On His Birthday, Shares Photo From Ganesh Chaturthi Celebrations) 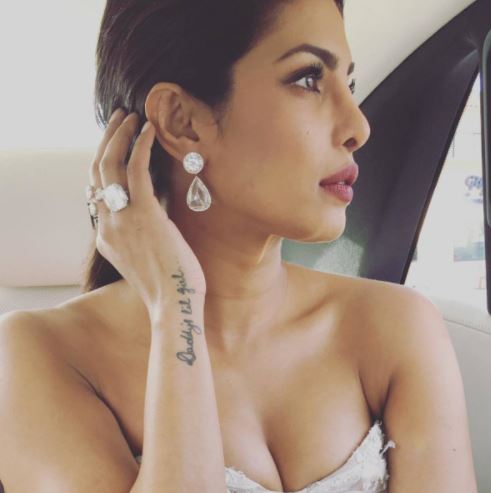 On June 10, 2020, Priyanka Chopra Jonas had taken to her Instagram handle and had posted a picture of her father, Dr Ashok Chopra as she was missing him too much. The rare monochrome photo was from her dad's younger days, and it was easy to spot all those similarities between his and Priyanka's face. Along with that beautiful picture, Priyanka had admitted in the caption that she misses her father every single day, since his demise. Her heartbreaking one-line caption could be read as "We're connected by heartstrings to infinity Miss you dad, every single day!" Take a look. Last year in an interview with Zoom, Priyanka had revealed that her father, Ashok Chopra, had a wish like every father of seeing his little princess as someone's queen. The actress had recalled one of their conversations and had stated, "I was getting married during this movie, and I missed my dad so much at that time. I missed his presence so much knowing that my mom would be doing it all alone when it was all that my dad wanted and would keep saying 'Main suit kab silwaau, main suit kab silwaau'. It was very prevalent in my brain at that time, and this helps me heal." (Also Read: Taimur Ali Khan Made An Adorable Lego Ganpati On Ganesh Chaturthi, Mommy, Kareena Shares Pictures) 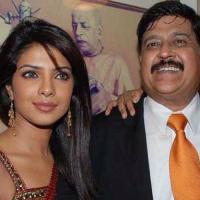 Do you like Priyanka and Ashok ji's photo? Let us know!