South Indian megastar, Chiranjeevi is celebrating his 65th birthday today and his son, Ram Charan has shared a sweet birthday wish for him. Take a look! 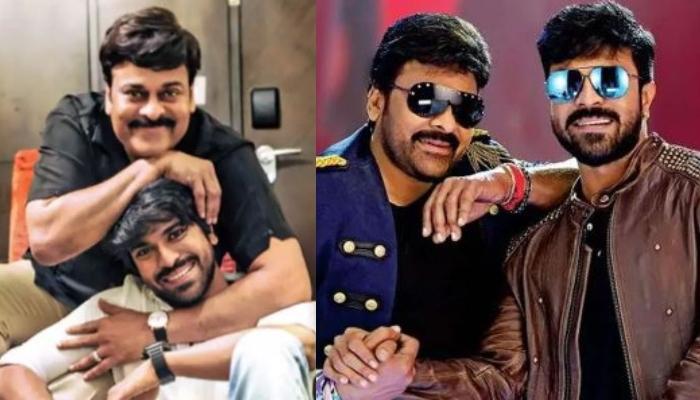 There aren't a lot of actors in India, who hold a fanbase across the nation. Despite Bollywood being right in the regular limelight, there are still some legendary South Indian actors, who had managed to create a huge name for themselves. Whether we talk about Rajinikanth, Mohan Lal, Kamal Hassan, Mammotty, Ravi Teja, and the list goes on. There's still one actor, who is loved by everyone and never had any haters in his career and that megastar is none other than Chiranjeevi. Whether we talk about his legacy or humble nature, the man is every young actors' favourite legend. (Recommended Read: Taimur Ali Khan Made An Adorable Lego Ganpati On Ganesh Chaturthi, Mommy, Kareena Shares Pictures)

The superstar, Chiranjeevi is celebrating his birthday today on the auspicious occasion of Ganesh Chaturthi and his son and popular actor, Ram Charan has posted a warm wish for him on Instagram. Scroll down to see the heartfelt tribute from Ram Charan to his father!

On August 22, 2020, South Indian actor, Ram Charan took to his Instagram handle and posted two beautiful pictures from his family's 'Ganesh Chaturthi' celebrations. In the first picture, we can see Ram Charan standing in front of Ganpati ji's murthi with folded hands as he looked handsome in a red kurta. While the second picture is a complete family portrait, in which on the left, we can see Ram Charan with his mother, Surekha Konidala. And, on the right, we can see megastar, Chiranjeevi with his daughter-in-law, Upasana Kamineni. Along with these pictures, Ram Charan wrote a caption in which he also wished his father 'happy birthday', and it can be read as "Happy Ganesh Chaturthi !! Happy birthday, Dad." Take a look.

However, the actor and doting son, Ram Charan has given his father a beautiful gift on his birthday and shared it with everyone through his Twitter handle. The actor unveiled a common motion poster on the occasion of his father, Chiranjeevi's 65th birthday. On August 21, 2020, Ram Charan took to his Twitter handle and shared this beautiful motion poster with his fans and industry mates. Along with this poster, the actor wrote a few lines, which can be read as "Happy to be launching the Common DP to celebrate the birthday of Mega Star Chiranjeevi Garu. #HBDMegastarChiranjeevi." So far, the poster has been shared by more than 500 filmmakers, actors, and celebrities on their respective social media handles. Take a look.

Chiranjeevi's son, Ram Charan is also a big superstar of Tollywood just like his father and holds a huge fanbase across the nation. There's an interesting story revolving around Chiranjeevi and his son, Ram Charan. In a promotional event of a movie produced by his son, Chiranjeevi had spoken about the time when he was jealous of him. He had said, "I was a bit jealous on seeing Ram Charan playing a warrior in Magadheera. I even told him that. He took it so seriously and launched Sye Raa under his own production to make me happy." (Don't Miss: Karan Tacker Shares Last Year's Ganesha Chaturthi Photo, Rumoured GF, Shreya Chaudhry Drops A Heart)

On March 27, 2020, Ram Charan had celebrated his 35th birthday and his father, Chiranjeevi had the sweetest birthday wish for his son. The coolest daddy had taken to his Instagram handle and had shared how he had always known Ram Charan was going to be an actor someday as he was born on World Theatre Day. His birthday wish could be read as "I was naturally overjoyed when Charan was born. It was only much later that it occurred to me there was perhaps a reason why he was born on the #WorldTheatreDay March 27 - 'Prapancha 'Rangasthala' dinotsavam'! He took to acting like a fish to water. On the eve of @alwaysramcharan's birthday, Many Many Happy Returns #Charan ! #ThrowbackPic." (Also Read: Shilpa Shetty Shares Video Of Samisha's First Ghaghra Choli As Family Plans To Twin For Ganesh Puja)