On Ganesh Chaturthi, Kareena Kapoor Khan treated her fans with an adorable Ganpati 'ji' made by her little munchkin, Taimur Ali Khan and we are totally impressed.

This year celebrations are quite different from the way they used to be earlier. With the onset of the global pandemic, people are celebrating every festival in the premises of their home. We definitely miss the fun and joy we had during the time of Ganesh Chaturthi but keeping the threat of COVID-19, it is rather best to have a low-key celebration. And our B-town celebs too are keeping the safety on top of their priority list. As we talk about Ganpati Utsav then, Kareena Kapoor Khan and Saif Ali Khan's goofball, Taimur Ali Khan has surprised us yet again with his adorable Ganesh ji. (Also Read: Tina Ambani Flaunts Her Unique 'Mangalsutra' As She Poses With Hubby Anil Ambani On Ganesh Chaturthi)

The Nawab of Pataudi, Saif Ali Khan and his Begum, Kareena Kapoor Khan had welcomed their little cotton ball, Taimur Ali Khan on December 20, 2016. From the day, Taimur’s first picture was out, the little bundle of joy had stormed the internet and had become a social media sensation. One of the favourite star kids of the paparazzi, Taimur’s fan following has surpassed that of his star parents. With his usual cute ‘hi’ and ‘bye’, he has proved that he is a superstar in the making. 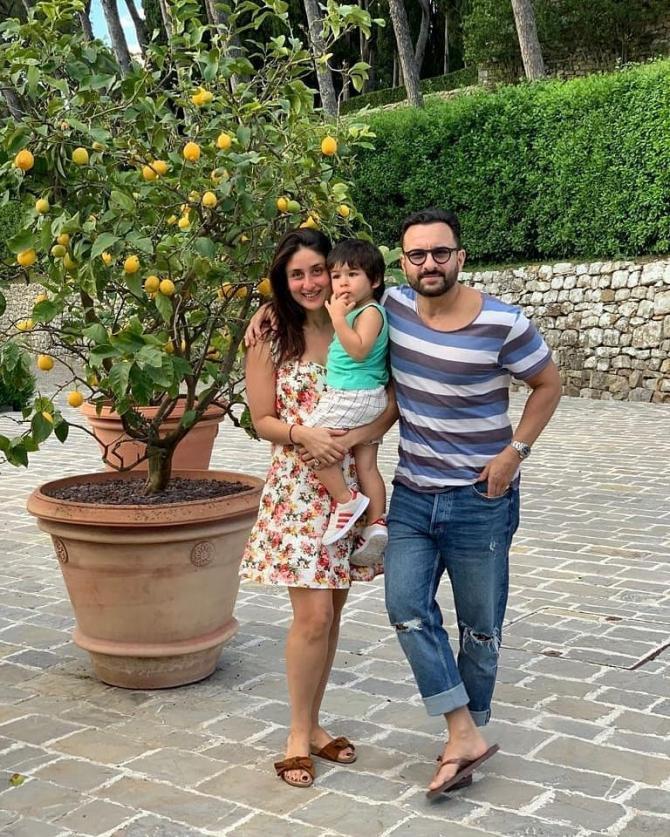 Few minutes back, Kareena Kapoor Khan took to her IG handle and shared glimpses of Taimur Ali Khan’s adorable Ganeshji. In the pictures, we could see how Taimur has made a beautiful lego Ganeshji. Not only this, little Tim also placed three lego figurines, indicating him and his parents, Saif and Kareena in front of his Ganeshji. Taimur looked adorable as he folded hands in front of his cute Ganeshji. Along with the pictures, Kareena wrote, “Ganpati celebrations might be a little different this year... But Tim made sure the festival was on point by making a beautiful lego Ganeshji for us. Wishing you all a very happy Ganesh Chaturthi. Praying for peace, everyone's health and safety.” 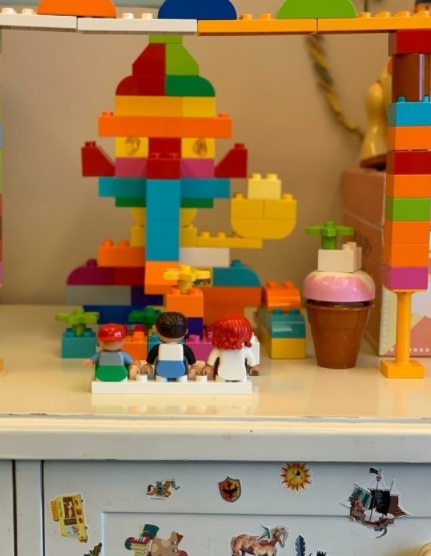 On Raksha Bandhan, Kareena had taken to her IG handle and had reposted a picture of Taimur and Inaaya shared by her nanad, Soha Ali Khan. In the picture little Tim had looked adorable as he had posed for the picture with a pout and on the other hand, Inni had looked at her brother in sheer wonder. The beautiful picture of the brother and sister had melted our hearts. Along with the picture, Kareena had written, “Inni wondering how Tim got that pout.” (Also Read: Sushant Singh Rajput Case: Eyewitness Alleges Sandeep Ssingh As 'Mastermind', Hints Dubai Connection) 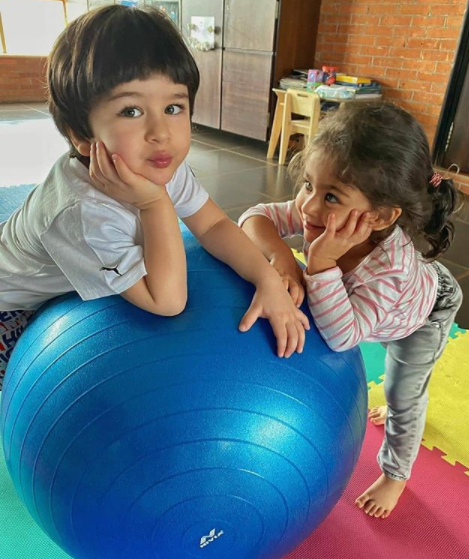 Kareena Kapoor Khan and Saif Ali Khan were in the news recently as the beautiful couple had announced the ‘Good News’ of expecting their second child. On August 12, 2020, the duo had made an official announcement and their statement could be read as "We are very pleased to announce that we are expecting an addition to our family!! Thank you to all our well-wishers for all their love and support. Saif and Kareena."

Kareena Kapoor Khan knows the act of balancing her professional and personal life. While she is riding high on her professional front, she also aces the role as a mother. In an interview with the Filmfare magazine, Kareena had shared how she strikes the balance between her work and her family. She had stated, "I was working through my pregnancy. Then five and a half months after my delivery, I began working on Veere Di Wedding. I took Taimur to Delhi for the shoot. I’m lucky to have an understanding husband who said, ‘I appreciate the fact that you want to continue your dream’. That’s the most important thing in a marriage." (Also Read: Soha Ali Khan's Little Daughter, Inaaya Makes Colourful Lord Ganesha To Celebrate Ganesh Chaturthi) Isn’t Taimur’s lego Ganpati adorable? What do you think? Keep us posted. 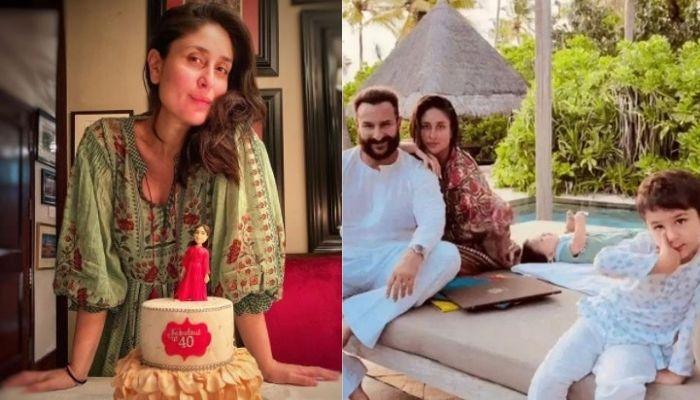 Kareena Kapoor Khan, a mother, a wife, an actress, an author, a producer, a trendsetter and this list can go on and on. We can brag about the ‘Poo’ of Kabhi Khushi Kabhie Gham endlessly because of all the gorgeousness and guts she holds. As Kareena celebrated her 41st birthday with