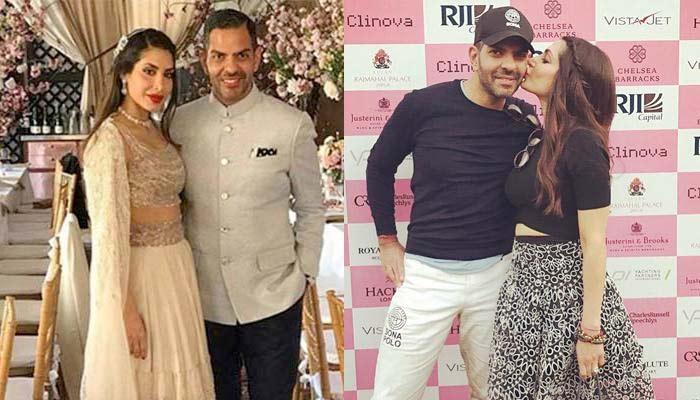 Some people aren’t afraid of falling in love again even if they have been hurt before. This is an example of true courage. Such is the story of model-turned-entrepreneur Priya Sachdev Kapur and Karisma Kapoor’s ex-husband, Sanjay Kapur. Even after having unsuccessful marriages before the cords struck right this time, the duo are very happy with each other and celebrated their first anniversary on April 13, 2018. (Also Checkout: Karisma's Ex-Husband, Sunjay's Current Wife, Priya Sachdev, Shares Beautiful Pictures With Him) 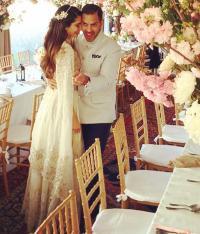 Priya shared a beautiful picture of the duo’s wedding reception with a lovely caption for her husband which said, “Happy Anniversary my Darling Husband...Love you from the Sun and Back Infinite Times! You Complete Me in every way possible...Thank you for your unconditional love. This last one year has been beautiful and always a roller coaster with you...looking forward to a lifetime of more beautiful years of married life with you my Handsome Husband!

For the reception last year, the duo had dressed themselves blending with their beautiful backdrop. Priya wore a cream and gold two-tiered lehenga while Sanjay complemented her by wearing a bandhgala and custom-made shoes which had ‘I Do’ written on each. (Don't Miss: Unseen Pics From Karisma's Ex-Hubby Sunjay Kapur And Priya Sachdev's New York Reception) 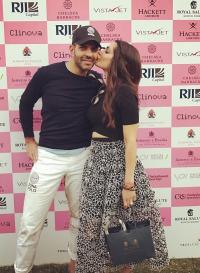 Priya was earlier married to American hotelier and actor, Vikram Chatwal and Sanjay was married twice- first to designer Nandita Mahtani and then with famous actress, Karisma Kapoor.

Priya and Sanjay had a quite hush-hush wedding in Delhi on April 13, 2017 where only close friends and relatives were invited. Speaking about her marriage, Priya had shared, “He makes me smile. Sunjay has brought security and stability to my life”. Now, isn’t that very sweet? (Recommended Read: 65th National Film Awards: Boney, Janhvi And Khushi Says Sridevi Was A Super Actor And A Super Mom) 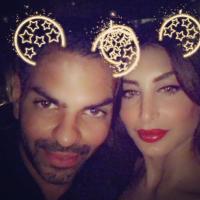 Sanjay and Priya had met on a flight for the first time and had dated for 5 years before walking down the aisle. Sachdev had earlier shared with ETPanache, “During the flight, we realised that neither of us was what our public perception had been made out to be. The barrier of those misconceptions came down and we kept in touch”.

Priya is blessed with a daughter Safira who is loved dearly by Sanjay. Priya once shared in an interview, “Sunjay is an amazing human being and a very good father to his children. He loves them dearly. Both of us have never tried to instill any negativity in our children towards our ex-spouses”. (Also Read: Karisma Kapoor-Sunjay Kapur Divorce: Here's All That The Actress Received As Alimony) 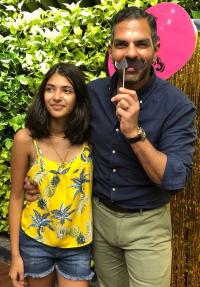 Priya and Sanjay, your beautiful chemistry and faith in love prove that we should never be afraid to fall in love if it does not work out the first time. We wish you all the best and look forward to a lifetime of happy anniversaries!

Next Read: Throwback Interview: Neelam Kothari Was Heartbroken After Breaking Up With One Of The Deol Brothers